Liew Thow Lin is known by many names. Magnet Man, Magnetic Man or Mr. Magnet, all these names are credited to h... 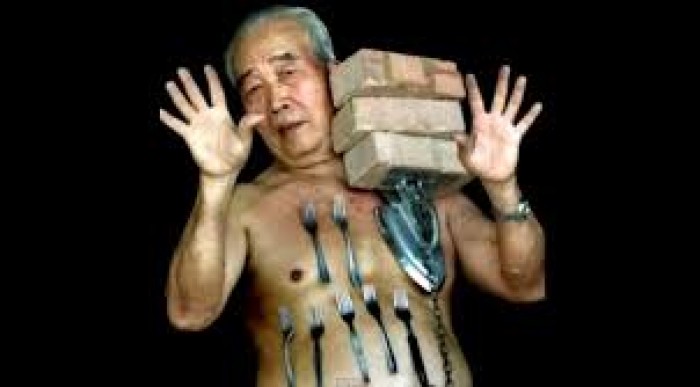 Liew Thow Lin is known by many names. Magnet Man, Magnetic Man or Mr. Magnet, all these names are credited to his ability to stick metal objects on his body.

Metal objects weighing up to 2 kg individually and 36 kg in total can stick to his body through magnetism. Liew has even pulled a car using this ability.

Liew featured in the second episode of Discovery Channel’s show- One Step Beyond for his super powers. The video is given at the end.

What Lies Behind His Power 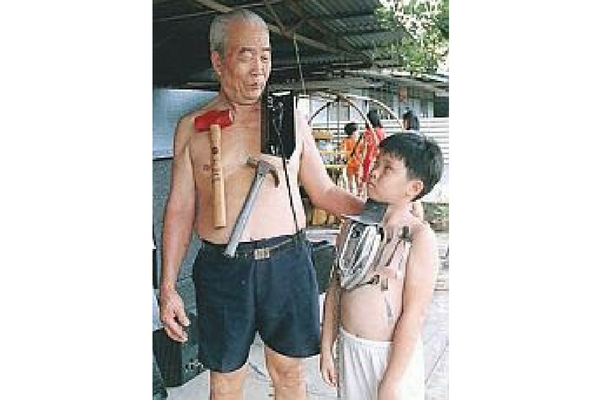 Studies have been conducted on Liew’s body to identify what exactly causes him to do so. Scientists from University of Technology, Malaysia found that no magnetic field is present in Liew’s body. In fact his skin exhibits very high levels of friction. This provides a suction effect leading the objects to stick on his body.

The trait appears to be genetic. His son and grandchildren also possess the same power.

How Did Liew Discover His Ability 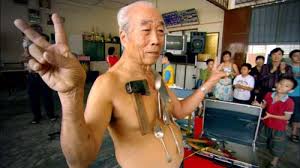 Liew Thow Lin says that his demonstrations only involved carrying bricks weighing 9 kg supported by iron bars until he read an article about a Taiwan family possessing the same power. Reading the article, he took various iron objects and kept them on his abdomen.

“To my surprise, all the objects including an iron, stuck on my skin and did not fall down.”

Liew began to make headlines when he was 60. He used to stick various household appliances to his body without any aid. 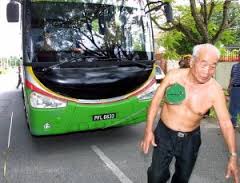 A resident of Gunung Rapat, Malaysia, the 85 year old man utilizes his power not only for publicity but also for the welfare of the society. He performs in various charity events.

On November 1, 2008, Liew Thow Lin hooked one end of a steel contraception to a chain and other to the bus. He placed the contraception under his armpit and pulled the bus for 3.4 meters in less than a minute.

He performed this act for a charity home for disabled children. After completing the act, he told the reporters,

"I myself am surprised by my extraordinary ability although in several days I will be celebrating my 77th birthday."

In this event, his friend, Tan Kok Thai also ageing above 80 years lifted various objects including stones weighing 33 kg. Tan has also marked his name in the Malaysia Book of Records after lifting objects weighing 102.9 kg though his weight is 61 kg. Tan also realized about the magnetic force of his body four years ago. Along with steel, wood can also stick to Tan’s body. 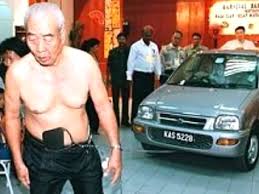 Talking about his popular car pulling incident, Liew used an iron chain hooked to an iron plate on his midriff and pulled the car for 20 m. After demonstrating this feature to the visitors of the Hospital Bahagia Ulu Kinta in Tanjung Rambutan (Malaysia), Liew said

“I plan to have the feat recorded in the Malaysian Book of Records and also Guiness Book of World Records.”

Isao Machii Is An Unbelievable Super Human With Superpowers