Who Were the Muckrakers & How Did They Impact the Progressive Era?

In today’s era where newspapers and magazines are rife with sensational headline-making news, celebrity gossips, and... 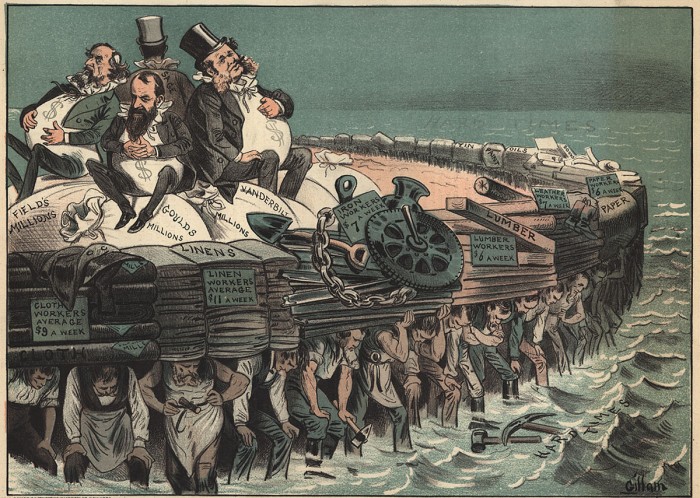 Who Were the Muckrakers? 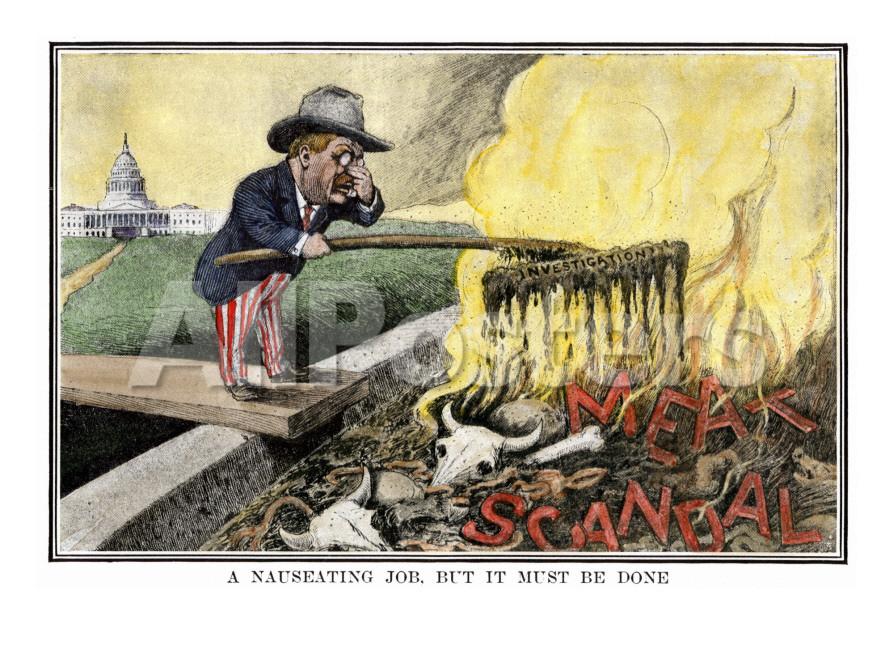 ‘Muckrakers’ was an informal term that was used for those journalists who strived to expose wrongdoings, dig up the truth and raise awareness about the socio-economic and political issues prevalent in America. With a spirit of bringing about reform and grabbing the public’s attention, the sensational news stories and jaw-dropping articles covered by such journalists investigated and revealed the malpractices in society.

However, in British English, the term ‘muckraker’ is used in a derogatory sense. More often, it refers to a journalist (often in a tabloid newspaper) who specializes in scandals and mean gossips about celebrities or famous personalities.

The “Muckraking” Reporting Ushered in Around 1900s Although the literature of reform had already become visible in the mid-19th century, the ‘muckraking’ reporting began appearing around 1900. In 1902, an illustrated monthly periodical McClure’s published the first muckraking article entitled “Tweed Days in St. Louis” that was written by Claude H. Wetmore and Lincoln Steffens.

The January 1903 issue of McClure’s is reckoned to be the official start of muckraking journalism. The very same issue comprised of famous muckraking works like "The Shame of Minneapolis" (Lincoln Steffens), “The History of Standard Oil” (Ida M. Tarbell), and "The Right to Work" (Ray Stannard Baker).

Origin of the Term ‘Muckrakers’ 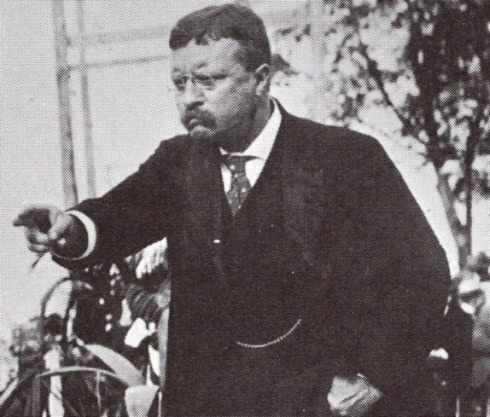 The former President of the United States “Theodore Roosevelt” gave the name ‘muckrakers’ to these investigative journalists. The progressive president adopted the term from John Bunyan’s 1678 allegory Pilgrim’s Progress in which a muck was used to excavate filth and muck. Roosevelt announced a passage from the allegory in his 1906 speech "The Man With the Muck Rake".

While some journalists didn’t like being called muckrakers, some were proud to be called so and went too far especially when writing about political corruption. Later, it was used with reference to investigative journalists who reported/exposed business and government issues provoking citizens' moral outrage.

Muckrakers’ Success Led to Their Disappearance 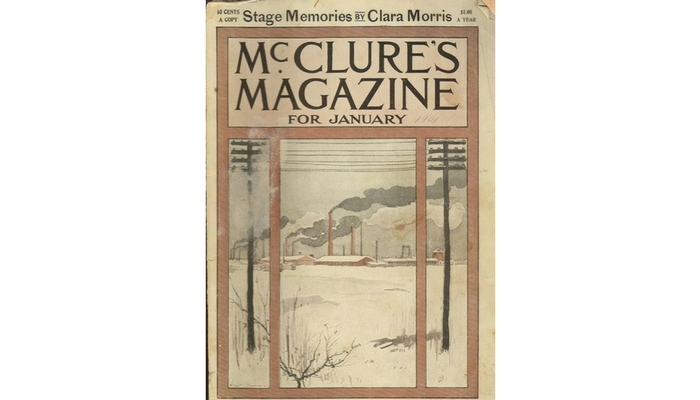 During the presidential tenure of conservative President William Howard Taft, the influence of muckrakers began fading. The political leaders and corporations successfully silenced the journalists and advertiser boycotting caused the bankruptcy of magazines.

The most important factor behind the disappearance of the muckrakers was their success. The exposes made by them were bringing reforms in the nation’s cities, businesses, politics, and more. And as the issues uncovered by muckrakers were being sorted out,  they were no longer needed.

Muckrakers’ Journalism Made a Lasting Impact 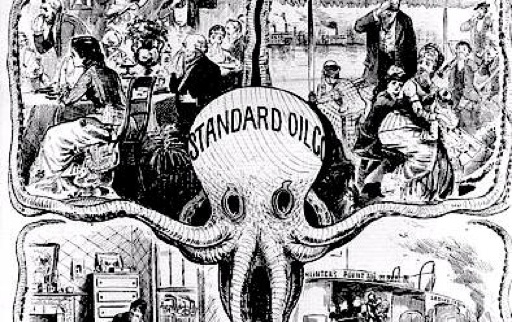 An American investigative journalist Fred J. Cook said that litigation or legislation due to muckraking journalism brought in a long-lasting impact. The major reforms include reorganization of the U.S. Navy, the end of Standard Oil's monopoly over the oil industry, the introduction of the Pure Food and Drug Act of 1906, and the initiation of the first child labor laws in the United States around 1916. The reports and exposes pertaining to bribery and corruption indeed brought reforms at the city and state level and in election results too. 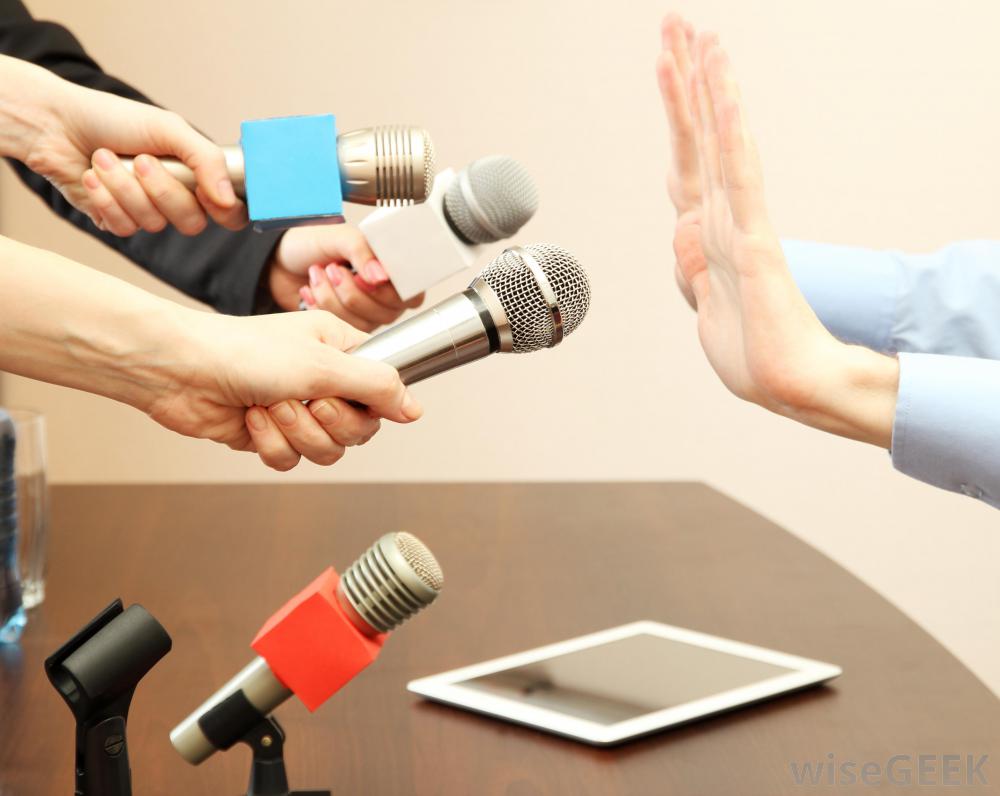 The modern term used for “Muckraker” is Investigative Reporter. The theory of muckraking has played a vital role in raising issues of social, corporate, and political prejudices. The hypothesis unveils a major intersection between the press and politics over the two centuries that started in the United States of America.

Today investigative journalism is playing an active role in unearthing the deceitful practices underlying the political system of a country. It helps in the analysis of the malpractices prevailing in the political structure to ensure good governance in the best interest of the people.

When politicians spread rumors, or the political system is on the verge of collapsing due to corruption, then a country relies on the journalists to unfold the truth layer by layer.

Here are some examples of modern-day muckraking that have changed the definition of journalism in American History over the past few centuries. 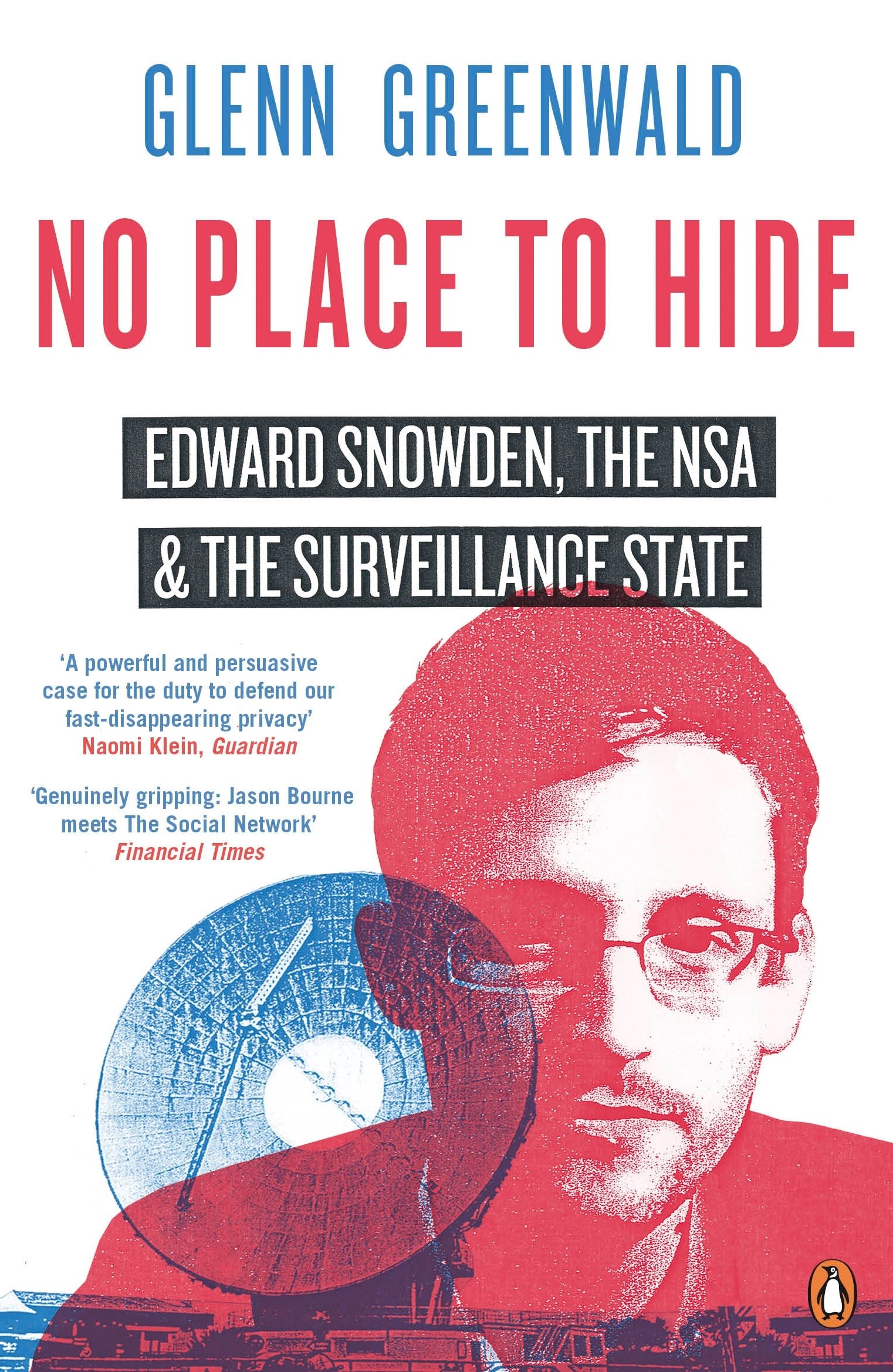 We all know the famous Edward Snowden, a contractor for the US government who had illegally provided the documents to The Guardian and The Washington Post. The leaked documents unveiled the details regarding the American Surveillance methods that how the National Security Agency (NSA) collected the data on American citizens. It disclosed the ways that NSA undertook by keeping a close check on emails, phone records, and instant messaging.

In 2014, The Washington Post was awarded the Pulitzer Prize for Public Service. The award was for its investigative reporting that accompanied insightful reports for in-depth analysis. The report was for the public to understand the framework of the National Security Agency (NSA). 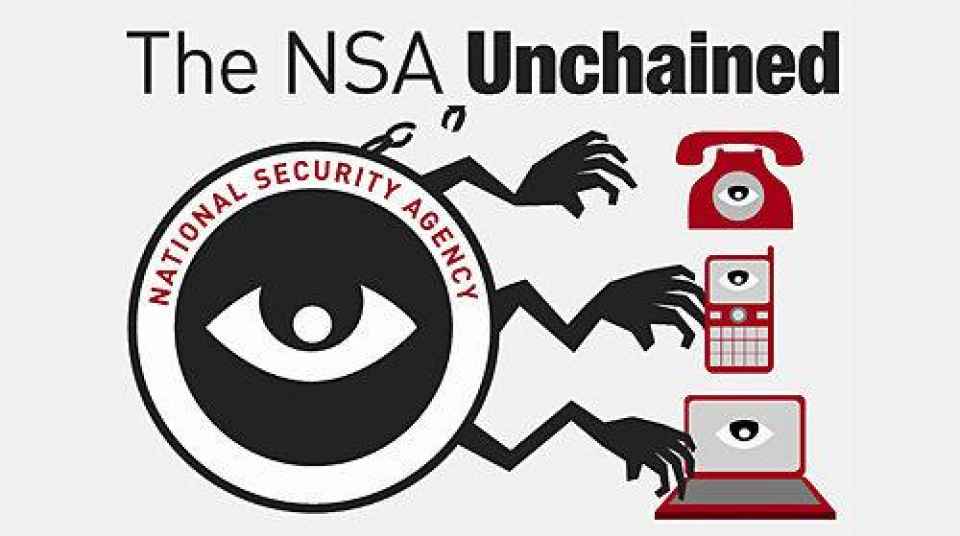 In 2005, a New York Times story by journalists James Risen and Eric Lichtblau revealed the secret authorization given by the then President of America George W. Bush to the National Security Agency (NSA) for domestic spying without a warrant. NSA was approved to continuously monitor and intercept people’s emails and calls in the United States of America.

However, the publication put the whole investigation on hold after an argument took place in the White House keeping the point that the reporting can put the investigations at risk. So, additional reporting was conducted during that year.

In 2008, Congress revised the Foreign Intelligence Surveillance Act that demanded warrants on the part of phone companies to conduct emergency wiretaps on American citizens. It had put all the phone companies into a legal circumvention and provided legal immunity to those who were a part of the eavesdropping program. 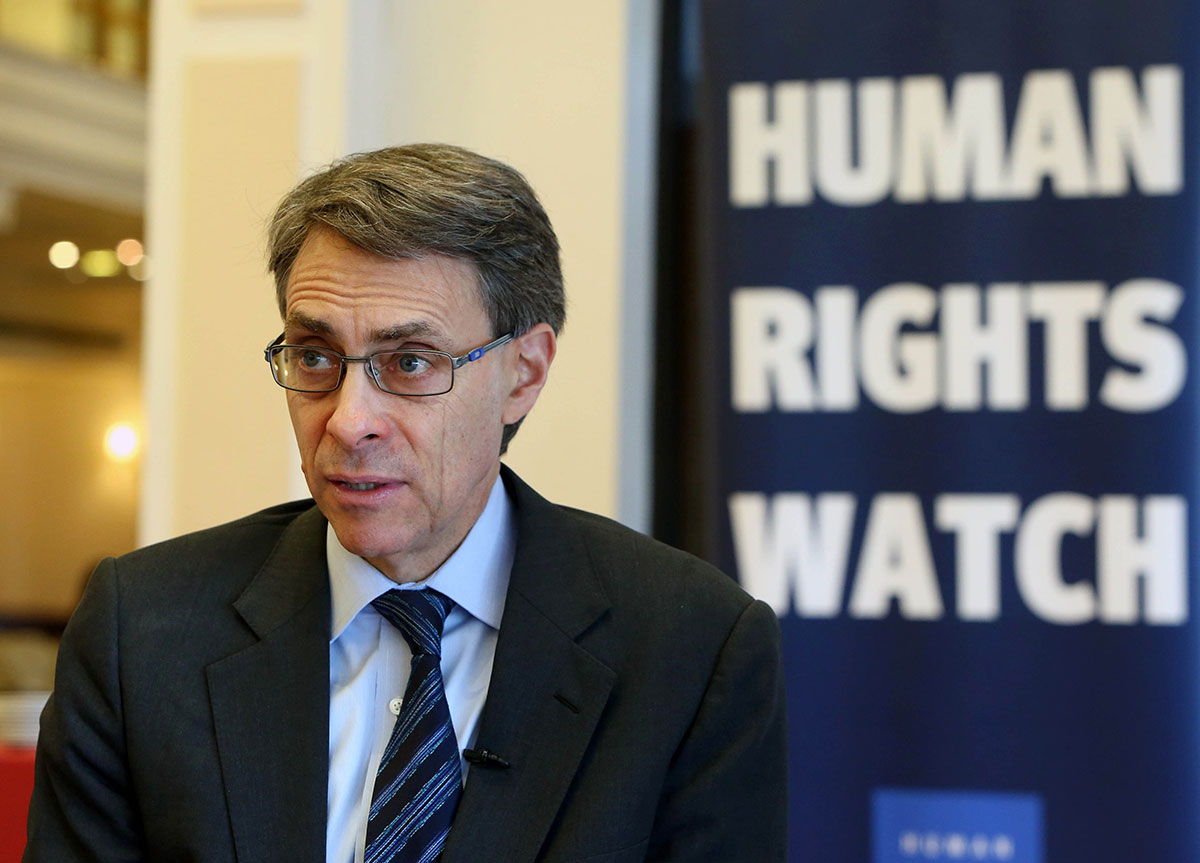 A report published by journalist Charles Hanley of the Associated Press revealed the inhumane behavior of the US soldiers towards the detainees in the US military prison called Abu Ghraib in Iraq. The detainees gave an account of their stay in prison and how they were abused. It matched with the previous reports that Amnesty International documented. Amnesty International is a human rights organization.

After this, the US Central Command intervened in the case. Consequently, 17 American soldiers were suspended. In April 2004, photos of the abuse were shared. Later, the Washington Post found documents that showed Lt. Gen. Ricardo Sanchez's order to loosen the rules regarding the methods used on detainees which included methods objecting the human rights. International Human Rights Advocacy Organization called the whole encounter a clear violation of the Geneva convention. As a consequence, eleven American soldiers were convicted of the crimes that took place at Abu Ghraib.

Investigative reporting is a powerful medium to uncover the hidden issues that lie deep inside the whole working system of a country. These underlying issues hinder a nation’s progress and contribute to one of the obvious reasons that a country falls apart. Another name that is popular for Muckraking is Watchdog Journalism. Regardless of the name “Muckraker”, we should admit that it has given a new color to journalism and has made every individual realize the importance of effective journalism in a country.