Now We Can Blow Away Space Junk: New Russian Breakthrough

Every new space launch leaves some fragments of spacecraft in the near Earth space. These fragments can be either the rocket sta... 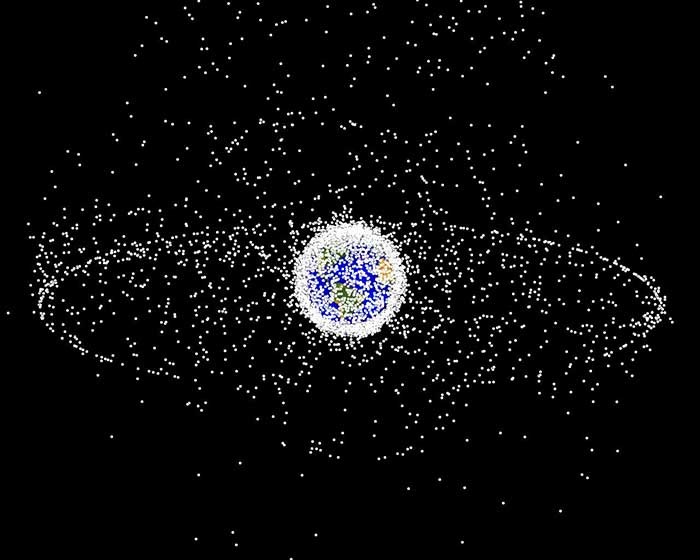 Every new space launch leaves some fragments of spacecraft in the near Earth space. These fragments can be either the rocket stage or upper stage or detachable fuel tanks. These fragments may create problems for space stations and satellites since they circle around the Earth for a long time. In order to prevent the Earth from any damage, Russia has found out a way.

Roscosmos Is a state run corporation by Russia. It has developed a satellite that will blow away all the space junk. This is known as the space cleaner. The general director of TsNIIMASH, Oleg Gorshkov says that the problem is very serious. By the middle of 2016, there were approximately 17,800 objects (which were larger than 10 centimeters) staying in the Earth’s orbit.

A leading newspaper Izvestia wrote that United States, Russia and China are responsible for most of the space garbage. Gorkshow further said that-

According to Gorkshow, an engine power of 5kW will take 15 days to displace the target. This also depends on the weight and dimensions of satellite.

Russian scientists are working on the development of a spacecraft that weighs four tons. It will be able to remove up to 200 defunct satellites from the orbit in ten years. The date on which the project starts is unknown.

Ivan Moiseyev is the scientific advisor at the Institute of Space Policy. He says-

"There is so much garbage in space, and the campaign is to be a large-scale, international event. I believe that in the foreseeable future, one will have to develop joint measures to counter pollution of near-Earth space."

Russia and United States are the only two countries in the world that have the ability to monitor contamination levels of outer space. The reason behind so many efforts being made for the detection and removal of space garbage is that they are unmanaged and they can deviate from their course and thus, obstruct the path of operating spacecrafts.

Experts say that these defunct objects change their orbital orientation. In a period of 54 years, their inclination may change to 30 degrees. Specialists admit that these particles may be as many as 200,000 pieces of sizes ranging from one to ten centimeters and of sizes smaller than one centimeter, there are millions of pieces.

There have been cases of small grains causing trouble in a space shuttle. In 1983, a grain of less than one millimeter in diameter left a serious rift in the porthole of a US space shuttle. In July 1996, a French satellite collided with a fragment at an altitude of 660 kilometers.

The International Space Station also avoided a collision that was about to happen with a 7kg device that the US astronauts lost. Another collision occurred of the Express-AM11 satellite with space debris. Due to the external impact, the liquid loop of thermal control system was depressurized. The satellite lost its orientation and began spinning uncontrollably.

9 Interesting Ways To Use Google You Haven’t Thought Of