10 Most Frightening Active Volcanoes in the World

Volcanoes are undoubtedly the most frightening marvel of nature. The hot molten lava emerging from a volcano and the bubbling bo... 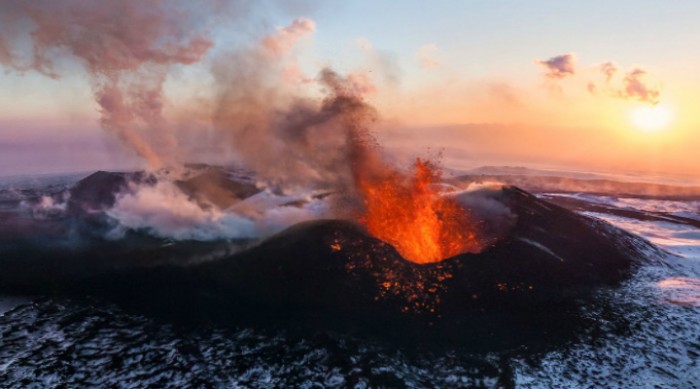 Volcanoes are undoubtedly the most frightening marvel of nature. The hot molten lava emerging from a volcano and the bubbling boiling sound it makes seem like overwhelming threats of violence and ruins.

The active volcanoes are either erupting continuously or have erupted in Holocene (last 10,000 years) period and are no more erupting. Several volcanoes have been in existence for thousands (and some even millions) of years, some of which are known to have been erupting incessantly.

However, many volcanoes never erupt in a human lifetime. Smokes, hot gas emissions and unusual earthquake activity are the signs of volcanic unrest and that it’s an active volcano. 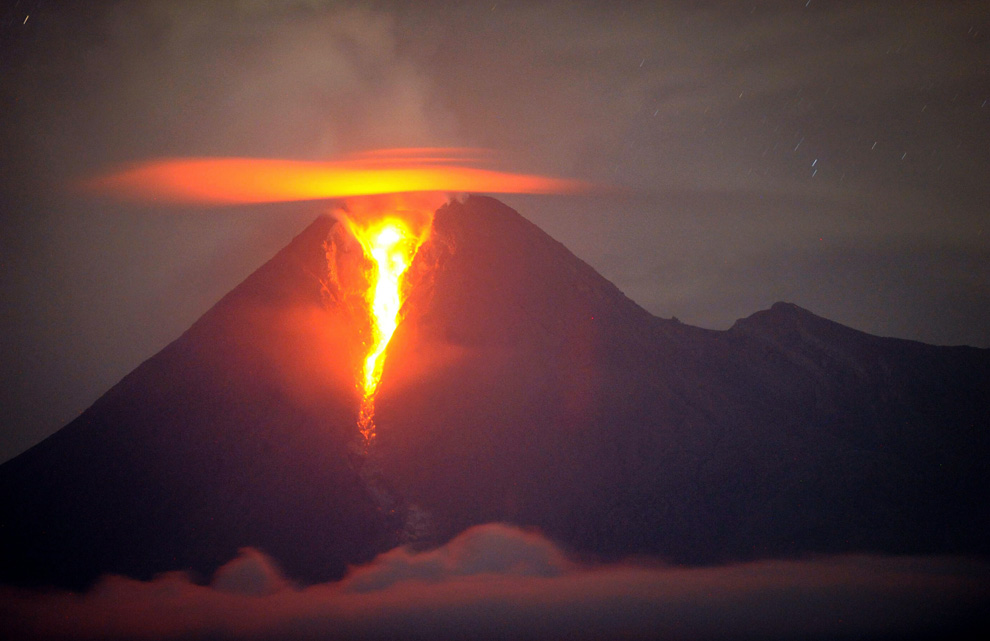 Mount Merapi is the most active volcano among the 130 volcanoes of Indonesia. Its Indonesian name is ‘Gunang Merapi’ which literally means Fire Mountain.

The eruptions of this stratovolcano (a conical-shaped volcano composed of multiple alternate layers of ash and lava) are accompanied by pyroclastic flows which are clouds of superheated gases and blazing solid particles). Since 1548, it has erupted nearly 68 times claiming thousands of lives especially during 1994, 2006, and 2010.

Kīlauea is a 300,000-600,000 years old shield and hotspot volcano which emerged above sea level about 100,000 years ago. For many years, the early geologists and native Hawaiians considered it to be a satellite rather than a volcano.

Kīlauea's history of the eruption has been long and active. In the Hawaiian language, Kīlauea means “spewing” or “much spreading”. The volcano may have been named so because of the frequent outburst of lava. Kīlauea’s eruptions have destroyed the areas of the island’s highways, rainforests, and homes. 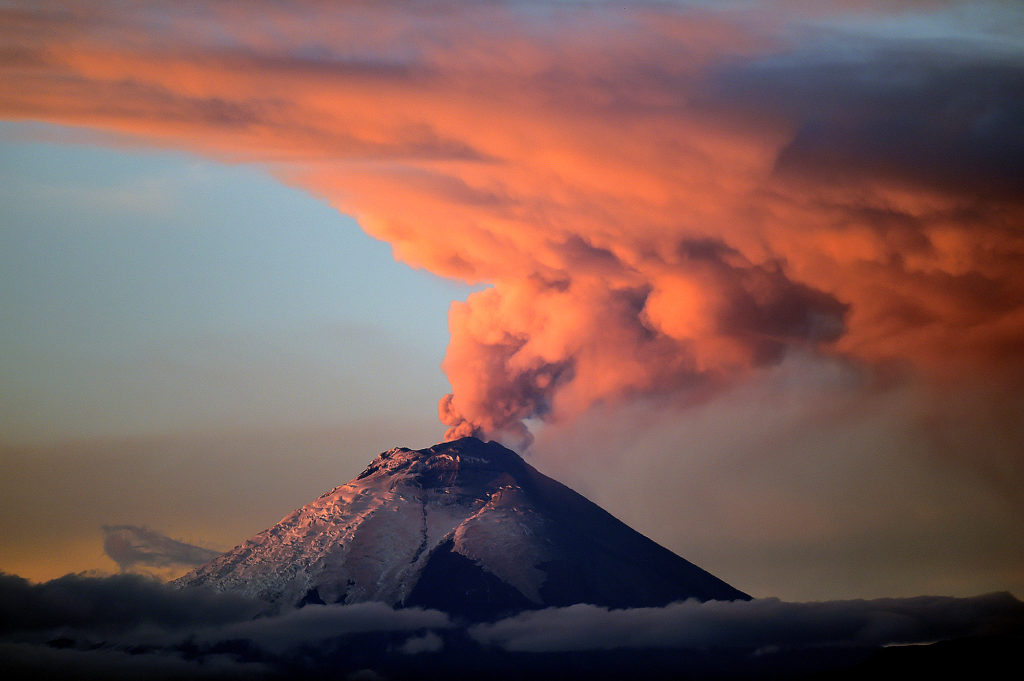 Mauna Loa is historically the largest subaerial volcano on Earth in terms of both surface area and volume. This active shield volcano is one of the five volcanoes which form the Hawaiian island. It’s been erupting for almost 70,000 years.

The most recent volcanic eruption took place in 1984 which caused no fatalities. However, the flowing lava eruption in 1926 and 1950 devastated many villages and other areas. This volcano has also caused many landslides, earthquakes, and other natural disasters. 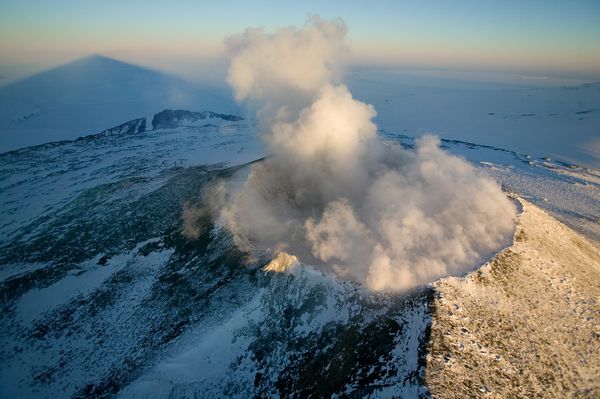 Mount Erebus is the southernmost volcano and the sixth-largest peak on Earth. Located on Ross Island, it is also the second-highest volcano in Antarctica with a summit elevation of 12,448 ft.

The rock of this stratovolcano dates back to at least 1.3 million years. In 1984, an explorer James Clark Ross discovered this volcano (observed during the eruption). He named this active volcano ‘Erebus’ after his ship’s name. 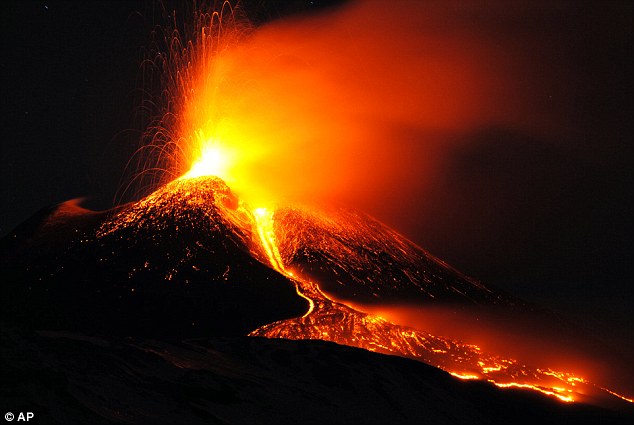 Mount Etna is the largest active volcano in Europe with a current height of 10,922 ft and a circumference of 140 km. Situated on the east coast of Sicily (Italy), it made it to the list of UNESCO World Heritage Sites in 2013.

This fiery stratovolcano erupted for the first time about 500,000 years ago. For the past 35,000 to 15,000 years, some highly explosive eruptions have occurred in which large pyroclastic flows have left behind extensive ignimbrite deposits. 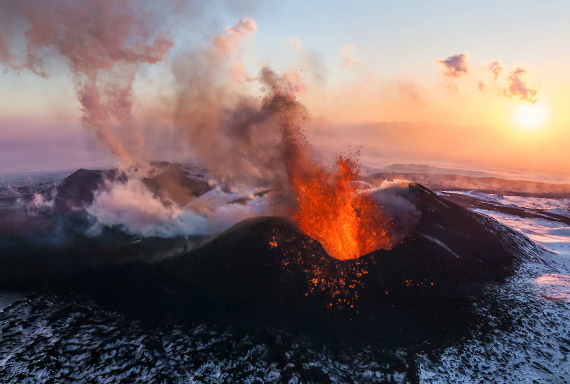 Taal volcano is a complex volcano located in Luzon which is an island in the Philippines. Since it lies in the middle of Taal Lake, it is called the Taal volcano. Since 1572, the volcano has recorded 33 historical eruptions which are concentrated on Volcano Island.

The violent eruptions of this active volcano have caused an estimated death toll of 5,000-6,000 people until today. Taal Volcano and Lake together make for one of the most picturesque and attractive views in the Philippines.

Stromboli is widely known for its violent bursts of ash, rock, and molten lava. The distinctive eruption of Stromboli volcano ‘Strombolian eruption’ is used to describe the eruptions in other locations where fragments of molten lava are ejected.

Since its eruptions are visible at far-off distances, Stromboli is also known as the “Lighthouse of the Mediterranean”. Situated on the Stromboli island, the peak of this stratovolcano is 3,034 feet above sea level. 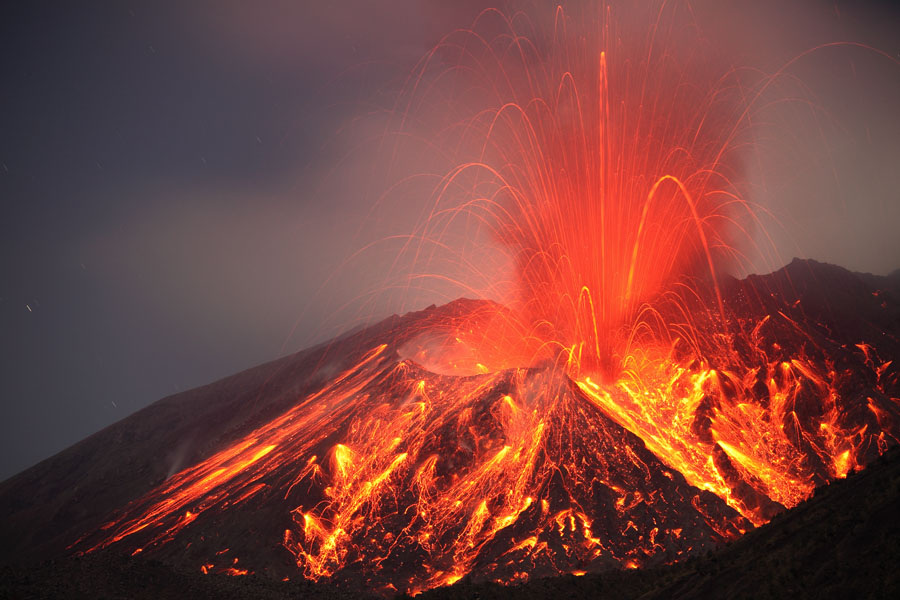 Considered as the ‘Vesuvius of the East’, Sakurajima is an active volcano with intense volcanic activities. The 1914 lava eruption on this former island resulted in a connection to the mainland Osumi Peninsula.

This stratovolcano throws huge amounts of ashes in the surrounding area every year. The special volcano shelters of nearby city Kagoshima become the refuge for people every time the volcano erupts. 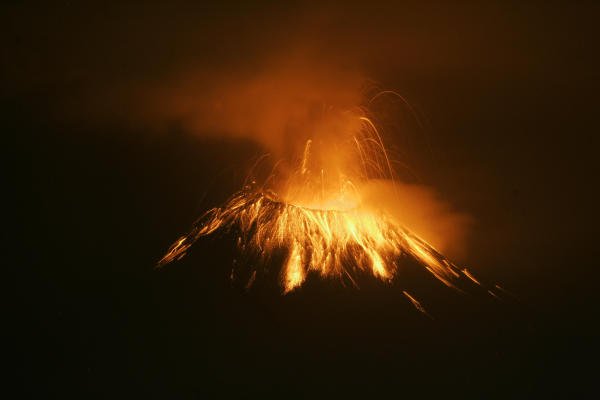 Galeras (also known as Urcunina in the 16th century) is the most active volcano in Colombia. This Andean stratovolcano is located in the Colombian department of Nariño. It has been active for at least a million years. Its first eruption was recorded in 1580.

Considering past violent eruptions and a major threat it poses to 450,000 people of Pasto, the Galeras volcano was identified as Decade Volcano in 1991. The volcano has been erupting almost every year since 2000. 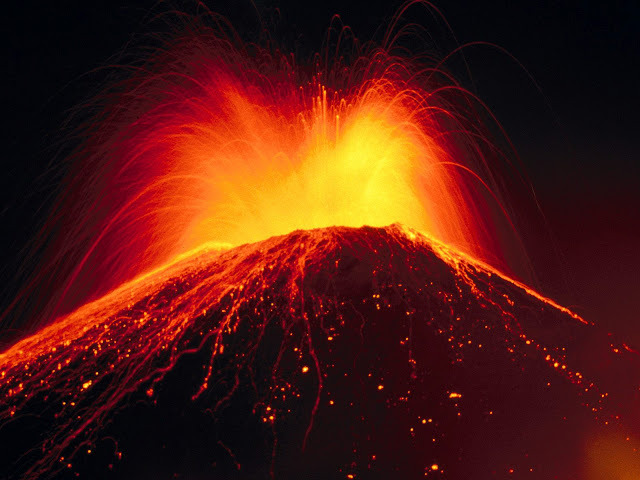 Located 30 km to the southwest of Guatemala, Pacaya is an active complex volcano. It erupted for the first time nearly 23,000 years ago. At an elevation of 8373 feet, it has erupted at least 23 times since the Spanish invasion of Guatemala.

After lying dormant for a century, it erupted violently in 1965 and has been erupting since then. Most of its eruption is Strombolian and it also causes Plinian eruptions occasionally. The most recent volcanic eruption was reported in 2014 when it rained down ashes in Guatemala City, Antigua, and Escuintla.

Top 10 Scariest Toys of All Time