Top 10 Scariest Toys of All Time

Toys are the playthings typically meant to amuse kids. Nowadays, keeping up with the market trends, we get to see cute dolls, t... 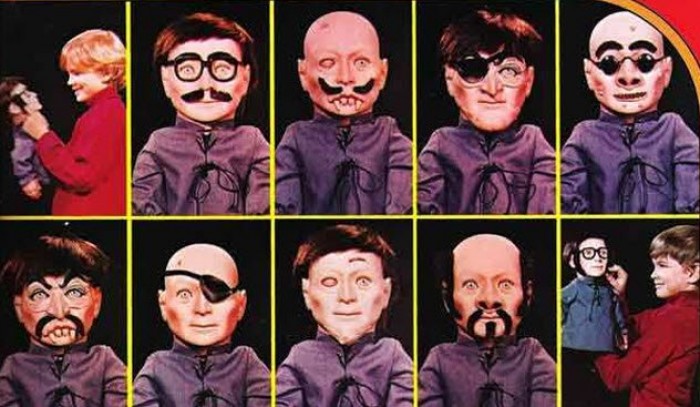 Toys are the playthings meant to amuse kids. Nowadays, keeping up with the market trends, we get to see cute dolls, technically advanced robotic toys, and intelligent toys at toy stores.

They are expected to be cute, endearing, and fun; but what if they are kinda creepy and all too scary? Unlike today’s most the entertaining children-friendly toys, kids had to play (deal) with disturbingly creepy stuff. Killer dolls, terrifying butcher shops, and the likes were sure to haunt them and affect their psyche.

Here are 10 such scary toys of all time that’ll give a child nightmares and not a good night's sleep.

Manufactured by the Mattel toy company in 1966, Baby Secret was an 18-inches-tall creepy doll having a soft baby body and vinyl head. Wearing a red dress and a white bib, the baby doll talked in an extremely frightening tone when its string was pulled.

Its commercial was as scary as the doll itself. Featuring the doll in the commercial, the creepy demonic doll whispered phrases like "I want to tell you something” and “I like to sleep with you.” 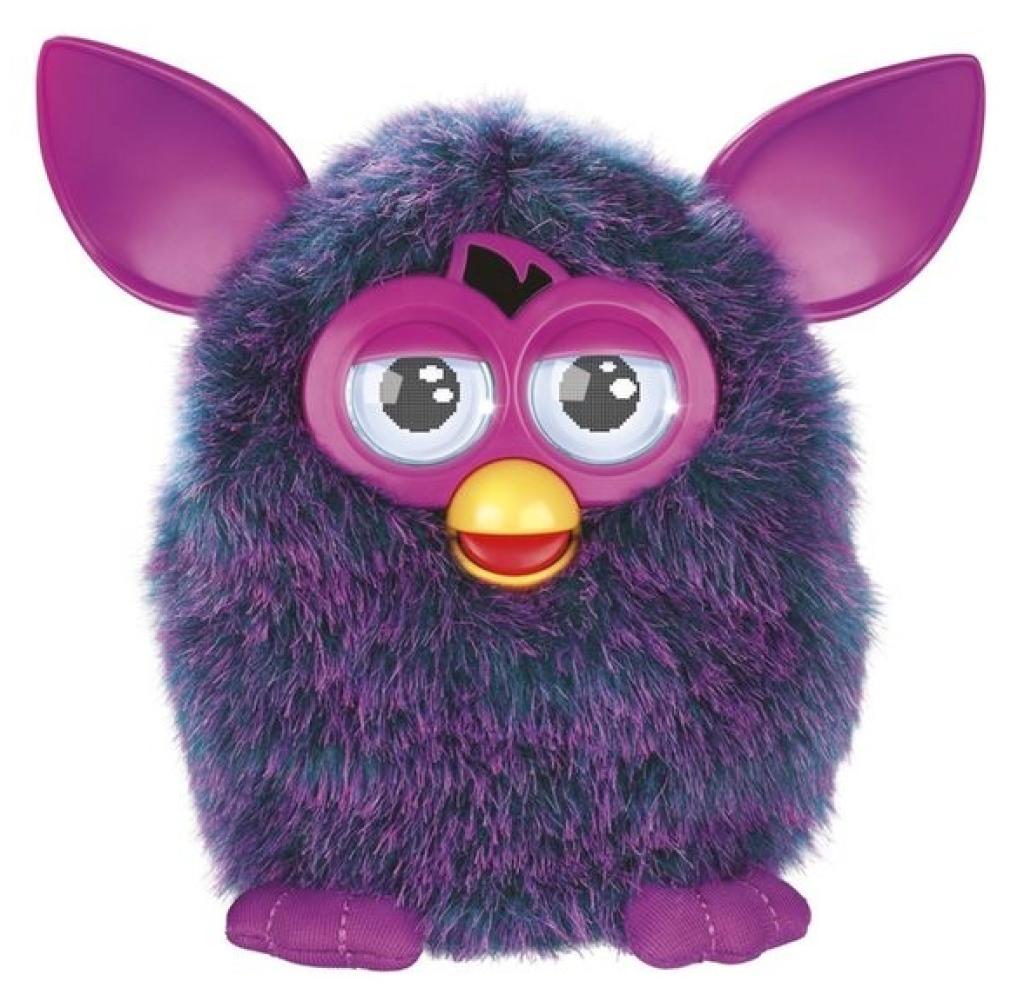 Furby was a small and furry robotic toy that was created by Tiger Electronics in 1998. They looked like owls with huge ears. The scariest thing about this innocent-looking toy was that it talked during the night uttering “Do you want to play?” when even when its batteries were turned off. They screeched, grunted, and made noises in their native language. 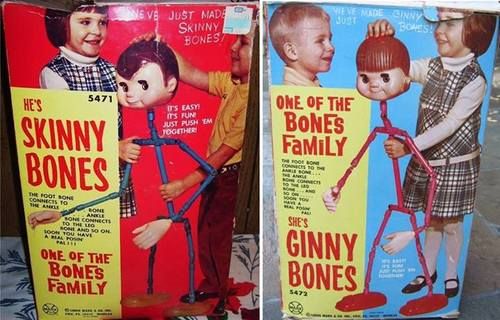 The “Bones Family” toys were nothing less than a nightmarish playing experience. After putting together, this unsettling toy appeared as if the meat had been eaten off them and had only their bones, heads, hands, and feet fully intact. 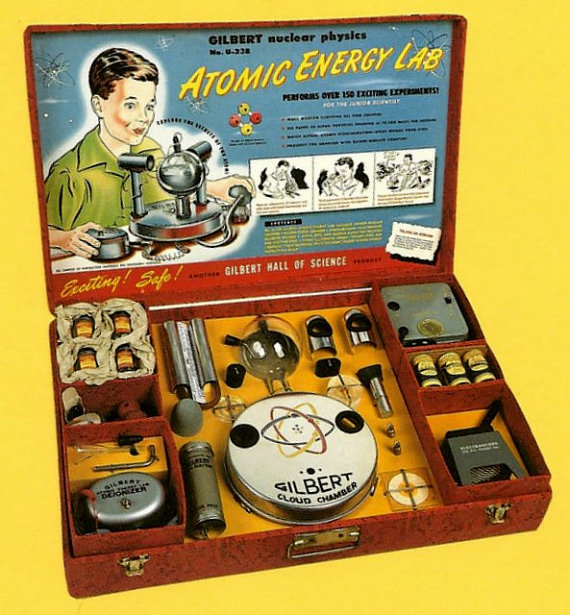 The Gilbert U-238 Atomic Energy Lab was a detailed nuclear lab set that comprised of a Geiger-Muller radiation counter, 3 “very low level” radioactive sources, a Wilson cloud chamber, 4 samples of uranium-bearing ores, a spinthariscope and an electroscope.

The toy’s inventor Alfred Carlton Gilbert claimed that the radioactive materials in the set were completely safe. As we know that exposure to the U-238 isotope causes grave illnesses like leukemia, lymphoma, and Gulf War syndrome. This terrifying radioactive learning set failed commercially and was taken out of circulation 1 year after its launch.

5. Hugo: Man of a Thousand Faces 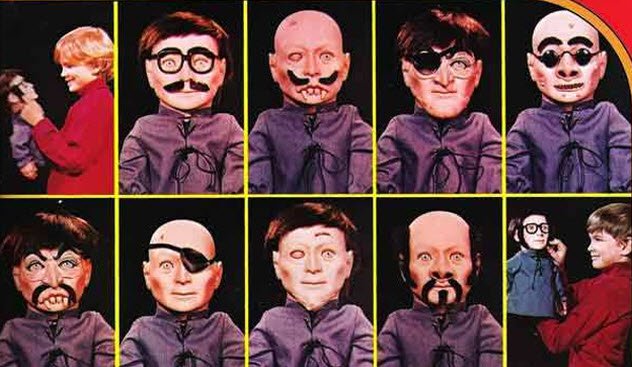 Launched by Kenner toy company in 1975, Hugo: Man of a Thousand Faces was a toy meant for 5 to 11-year-old children. Bald-headed and bare-faced Hugo was only the half-man whose body ended at his shirt’s cuff.

Using a special glue, it could disguise in many forms. Probably because of its scary appearance and the not-so-sticky glue, it didn’t last too long. 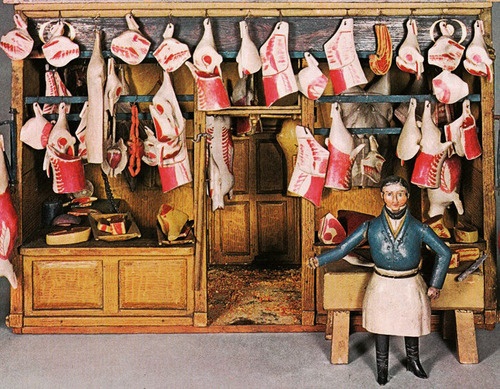 During the Victorian times, the awfully scary doll-sized butcher shops were popular as an alternative to regular dollhouses. Even though they had a terrifying appearance, they were very popular among the less squeamish children.

These butcher shops looked exactly like real butcher shops and comprised of strings of sausages, complete miniature carcasses hanging from real iron hooks, wooden butchers and their assistants in striped aprons and floors covered with sawdust and blood. 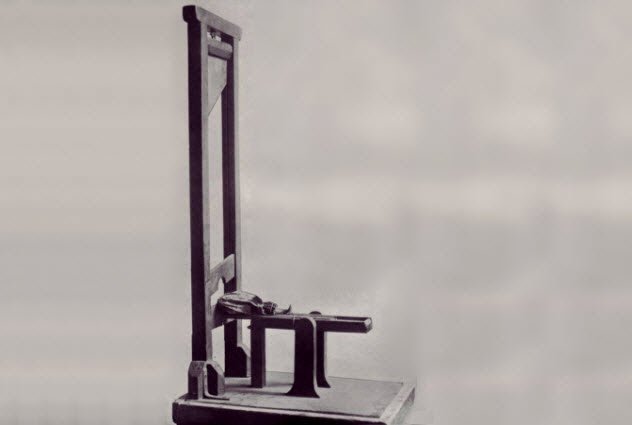 At the time of French revolution, guillotines happened to be a popular 2-foot-high children’s toy. The kids used them to decapitate birds, mice and dolls. Some salon hostesses also used these toys for entertaining their guests. The small “enemy” dolls were filled with “blood” (perfume) and beheaded.

In the 1970s, the American shops brought this violent toy back. But after parents’ protest, it was moved out of circulation. 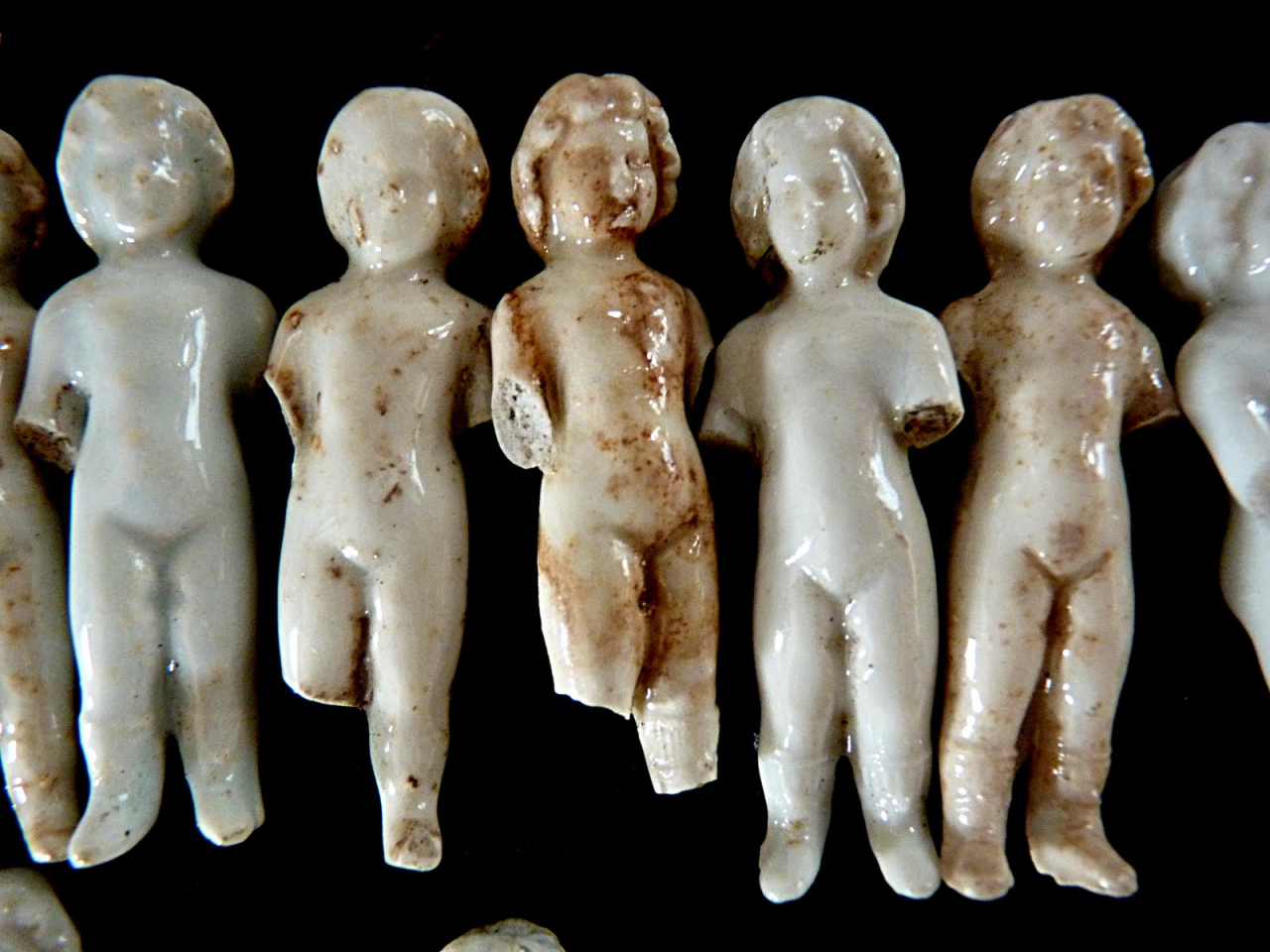 Frozen Charlotte was a line of small-sized horror dolls that were made out of unglazed porcelain. Having immovable limbs, the dolls were marketed as playmates for babies during bath time. Depicting a frozen woman, they often came with their own coffins and blankets. 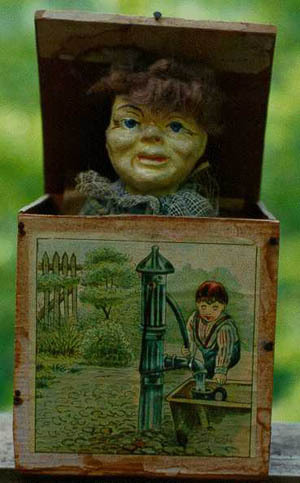 Jack-in-the-box is a very popular toy that outwardly consists of a box with a crank. It is a centuries-old horrifying toy. A version of this toy instructed, "Here, child, there is a tiny man imprisoned in this box. Operate the crank until he springs out at your face." 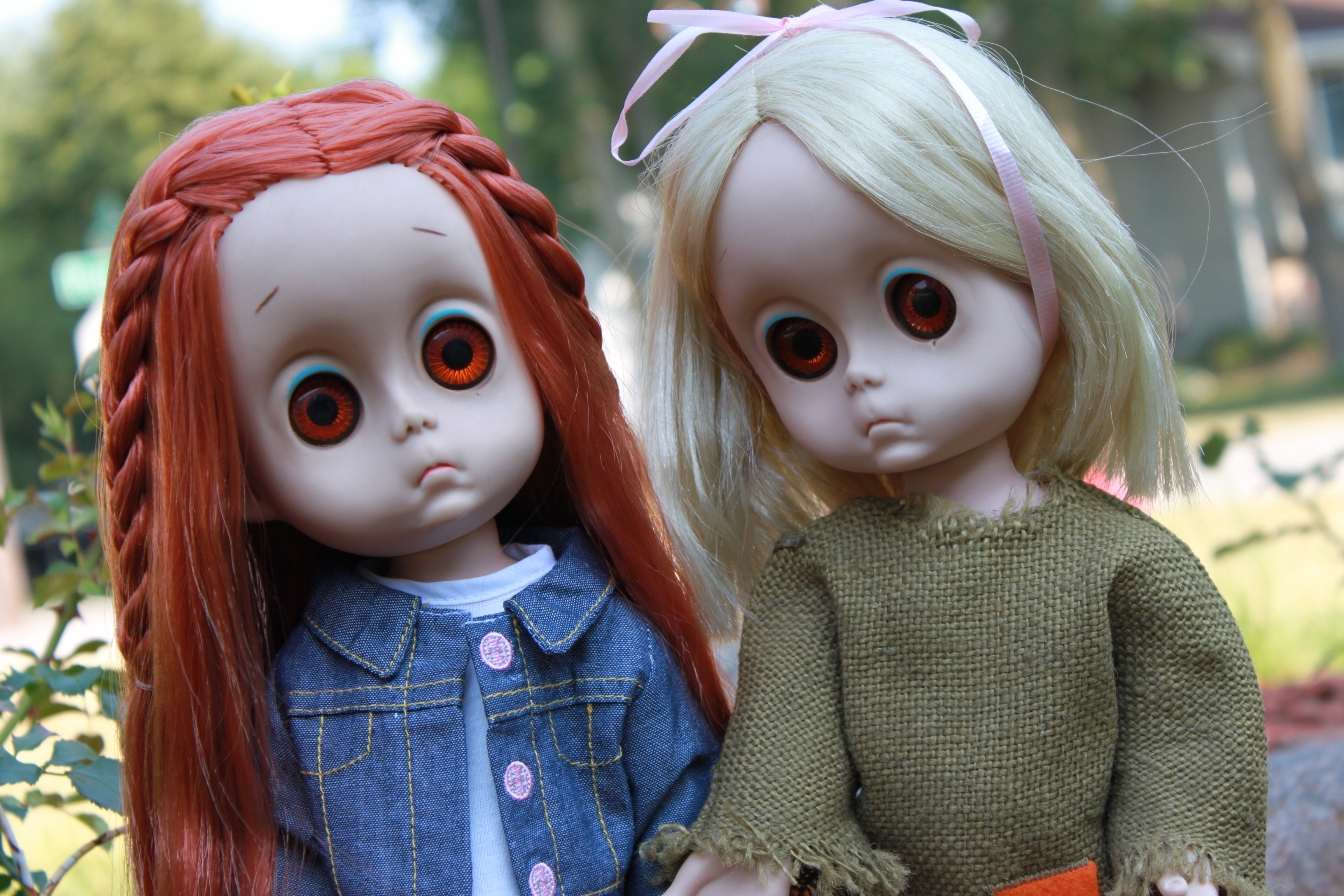 Little Miss No-Name was a 1960s scary doll sold by Hasbro toy company. Clad in ragged burlap, it had big unblinking eyes and a stiff little mouth. The doll also featured a plastic tear on her cheek and one of her hands make her look like she was begging.

Contrary to the response, the little girls ran away screaming upon seeing the creepy doll. The production was discontinued just after one year also made an attempt to promote it with Borden’s Dutch hot chocolate which still didn’t work.