You would be amazed after seeing this incredible art by Ben Wilson. He turns a chewing gum into a beautiful painting.

When it comes to creativity, a few people are extremely creative. Earlier, you looked for a pen, cardboard, and colors to show your inner artist, while today, people make sculptures from logs and waste materials.

Street art is becoming popular nowadays. Several striking street arts leave a lasting impression. But this art from chewing gum is driving everyone crazy. Lying on a footbridge of London’s River Thames, Ben Wilson’s completed his last creation: a miniature painting on chewing gum, stuck to the steel structure. 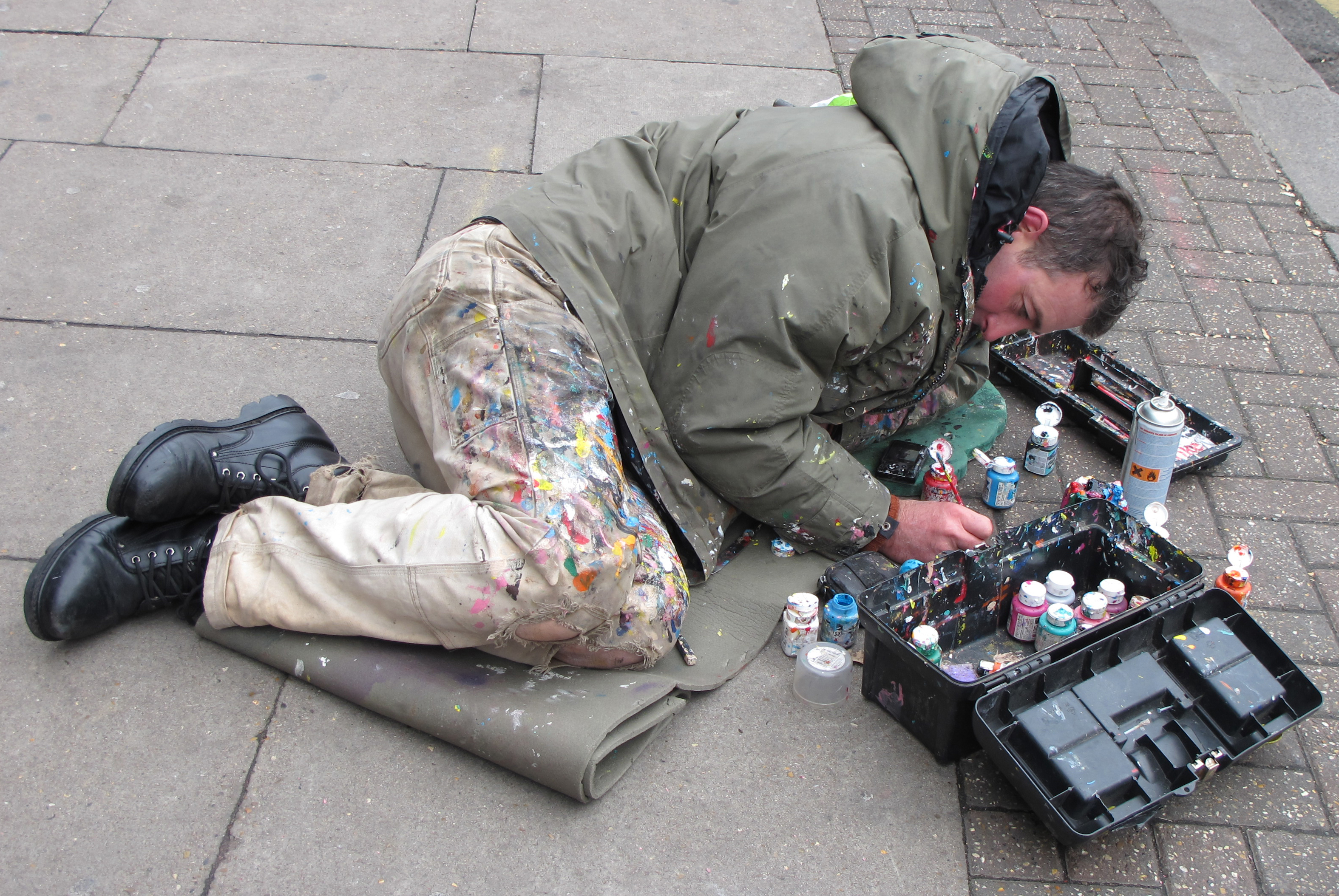 Born in 1963, Ben Wilson is an outsider artist and a popular English woodcarver. He is the son of an artist and grew up in a family of artists. Initially, he used to convert industrial waste and rubbish things into art. Later, he started creating tiny art from chewing gum. He used to paint chewing gum that is stuck to the pavement.

Earlier, his work garnered him unwanted attention. According to the authorities, he was not destroying the private property but was painting the rubbish, so he didn’t break any law. Besides chewing gum art, he also sculpts and paints. His paintings could be found in the exhibitions held in Ireland, France, Serbia, United States, and other countries.

He started experimenting with chewing-gum paintings in 1998 and then began this hobby full-time.

Recent gumpics in the Netherlands. Time is running out for my kickstarter project, if you want to see a book about the millennium bridge gum pics, a 5 pound pledge will get you your own copy and provide enough money for it to be produced. The link is in my profile description and provides further information. Thanks again to everyone who's already donated!

New chewing gum pictures too be hidden in the Tate Time is running out for my kickstarter project (only 6 days), if you want to see a book about the millennium bridge gum pics, a 5 pound pledge will get you your own copy and provide enough money for it to be produced. The link is in my profile description and provides further information. Thank everyone so much for the donations so far!

How He Works on Chewing Gum 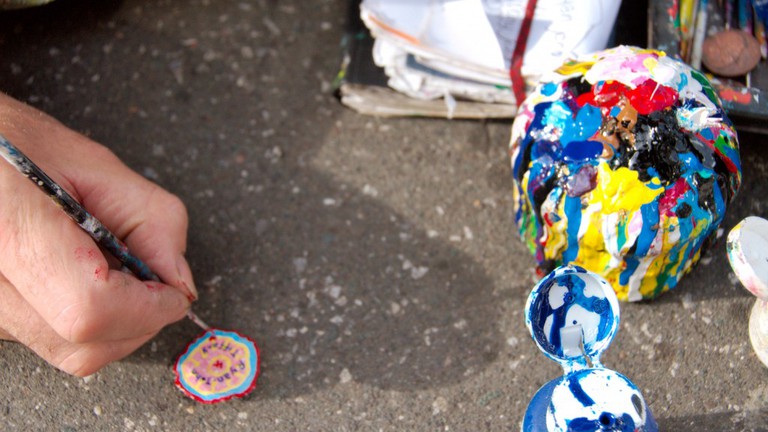 He first heats the gum with a blow torch and then coats the chewing gum with three layers of acrylic enamel. He uses acrylic paints to paint the chewing gum. It takes him two to three days to produce a painting. Whenever he sees chewing gum stuck on the streets, he takes out his equipment and starts designing it.

He considers his form of art as recycling. He says,

"I'm transforming the rubbish and making it into a form of art, so that's a form of recycling.”

“(It) is taking a thoughtless action and trying to transform it hopefully into something positive. It's sad really the impact that humans have on their environment, the amount of rubbish that we create.”

His amazing creations could be seen along the pedestrian bridge and in the nearby areas. You won’t believe it,  but Britain spends £150 million annually on cleaning the chewing gum from the pavement.

Every creation made by him is unique. His designs are vibrant and catch the attention of the passers-by and onlookers. Earlier, people used to turn their eyes away after seeing chewing stuck on pavements, today they look at these beautiful designs as an art.

The launch of the book -- which I'm really happy with -- is next Tuesday, December 3rd, at 6.30 in the Muswell Hill Bookshop, 72 Fortis Green Rd, Muswell Hill, London N10 3HN. Thanks again to everyone who donated to make this possible!

He has become a local celebrity, and his works are praised by passers-by. He has a book where he saves the request from people for paintings such as births and other commemoration. In 2009, he was arrested by the London Police for damaging the public property. Surprisingly, the case was dropped as the police got several letters for his support.

His work has been featured by The Daily Telegraph, Raw Vision, and other notable websites and magazines. In 2015, he was featured in the Erjia Guan show. He collaborates with several galleries and artists for income. But, he does not take money that is offered by people to work on their gum.

He is transforming the chewing gums into beautiful paintings for the past 15 years. He has many fans. Recently, he started a campaign to make a book of his work. He received more than the required funds to publish his book and released his paperback in December. The project is crowdfunded via Kickstarter, and the book is due to get published in autumn.

Ben Wilson is popularly known as the “chewing gum man.” If you want to see more of his chewing gum arts, then scroll his Instagram page. This unique idea of converting chewing gum into a beautiful painting is something that can’t be missed.