Let’s check out what are the most difficult languages in the world. If you want to take on a new challenge, then these languages are worth trying.

What could you do during a COVID-19 quarantine period? You may work on your hobby, do yoga, take online classes, watch movies, learn a new language, and engage in other activities to improve your productivity. When it comes to learning a language, know that not all languages have easy grammar and conversational style. While some might have simple grammar, others have difficult pronunciations.

And if you love taking challenges, then here is an amazing thing for you. Have you ever tried to learn a new language? You might know English, Mandarin Chinese, or say, French, as these are the most spoken languages in the world. But have you ever thought of learning languages like Norwegian, Slovenian, and Danish (I hope you have heard about them)? Some of these languages have common roots with English, but not all are as easy to learn.

If you think that learning Chinese or French is difficult, then here’s bad news for you.  You probably shouldn’t think of learning Basque, which is the ancestral language of the Basque country. Here are the other most difficult languages in the world that might take months or years to learn. 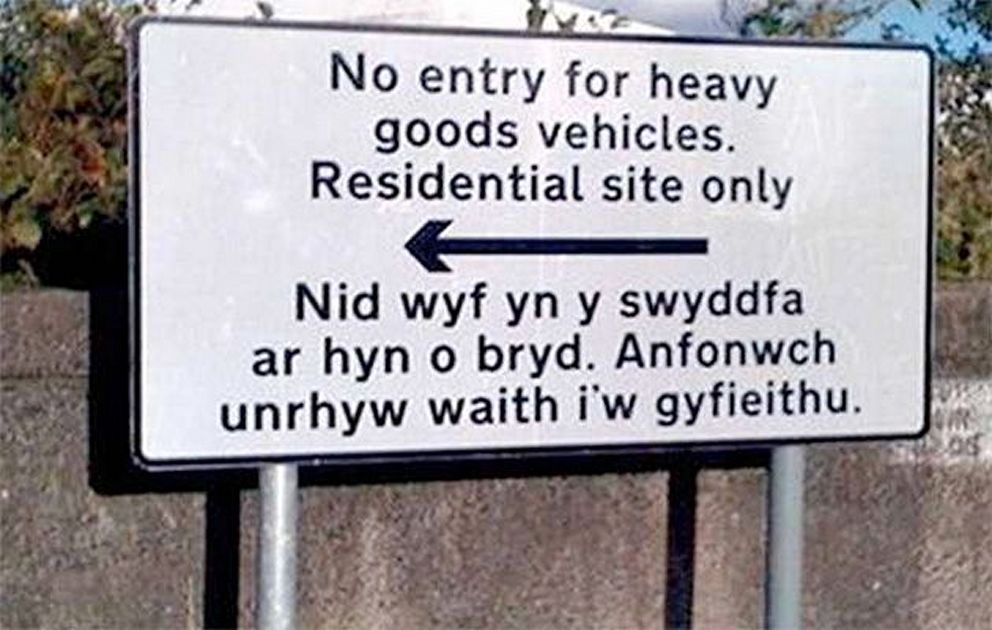 You might haven’t heard about this language. Welsh is a Brittonic language of the Celtic language family. This language is usually spoken in Wales and is developed from Britons. Some people know the Welsh language as Cambrian, Cymric, and Cambric. Wales is a bilingual country.

If you ever visit Wales, then you could see signboards in English and Welsh language. You won’t believe it, but until 1850, nearly 90% of the population spoke Welsh; unfortunately, it faced great challenges and led to its extinction. It was first written in the 8th century and Latin script. The earliest examples of the Welsh language are the poems of Taliesin. 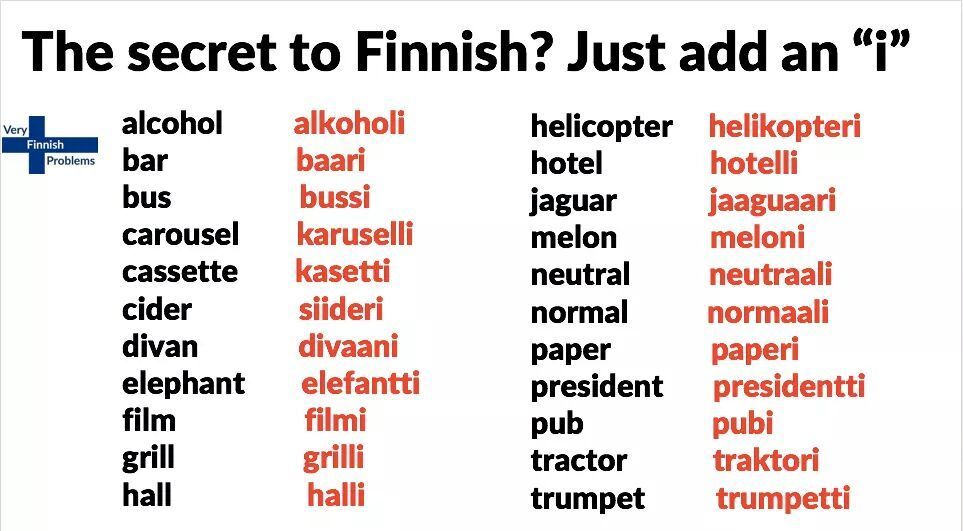 Finnish is another most difficult language in the world. It is a member of the Finnic language and is written using the Latin-script alphabet. It is used by nearly 5 million people residing in Finland.

A few people living in Norway, the United States, Canada, and Brazil also speak Finnish. It is the official language of Finland and the European Union since 1995. The Finnic languages evolved from the Proto-Finnic language afterSámi (language) got separated from Finnic around 1500-1800 BC.

In 2018, there were over 5.5 million speakers of Finnish in Finland. Around 500,000 spoke Finnish as the second language, and others were native speakers. It has alphabets similar to English, but their pronunciation is different. The best-known example of Finnish is a German travel journal that dates back to 1450. 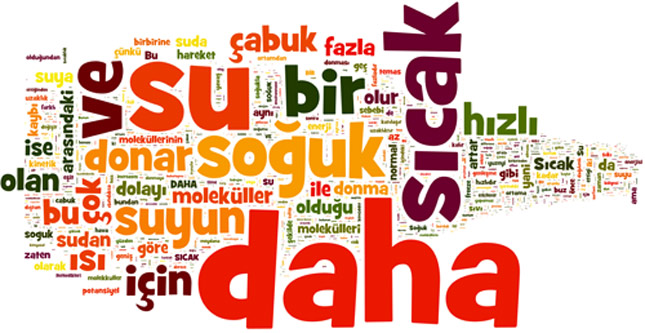 While you might find similar alphabets like German and Spanish in the Turkish language, syntax and grammar are different from others. It is a phonetic language and follows the structure of the subject-object-verb.

Every alphabet in the Turkish language has a unique pronunciation. Turkish has taken over 5000 words from French, so if you know French, then it would be easier for you to learn Turkish. It is spoken in Bulgaria, Turkey, and other countries of the Ottoman Empire.

Earlier, this language was written with the Arabic Alphabet, but later a Turkish field Marshal, Mustafa Kemal Atatürk, changed it to the Latin alphabet. Turkish could be challenging to remember. It has taken several words from Persian and Arabic and has too many tenses, making it a difficult language. 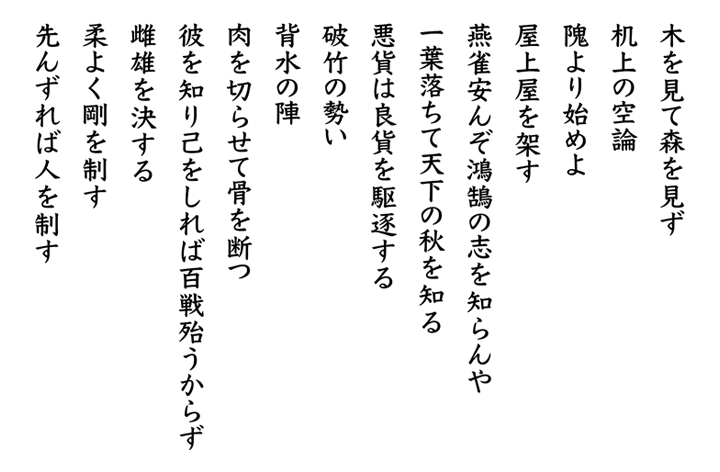 No doubt, Japan is known around the globe for its inventions and other advanced technologies. You know that the country has several cat cafes, where you could spend time with kitties. Also, it offers several interesting things for visitors. For instance, Yunessun Spa Resort, a resort in Tokyo, offers a pool filled with wine, green tea, and chocolate. If you are planning to visit Japan, then here are popular things that you could do in Japan.

But how well do you know the Japanese language? It doesn’t have any relation to other languages. Japanese is spoken by over 125 million people in Japan. It is a mora (a unit in phonology that determines syllable weight) timed language and has a vowel system, lexically significant pitch-accent. It has no relationship with the Chinese, but it uses Chinese characters in its writing system. In case, if you love a Japanese girl/boy, then these Japanese phrases could help you to get your love swooning. 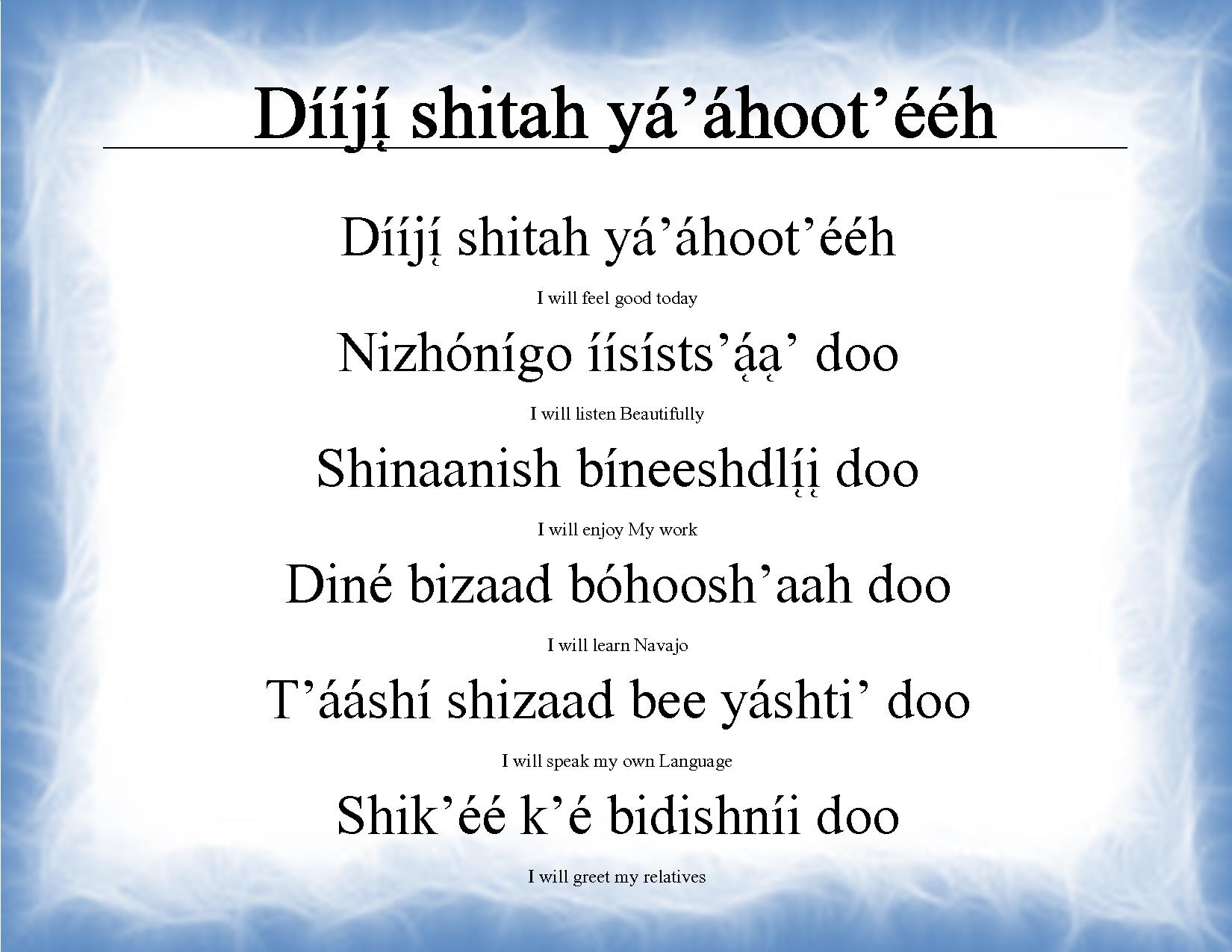 Navajo is a Southern Athabaskan language and is majorly spoken in the South Western United States. The code talkers during WWII used the Navajo language to develop a code that Germans couldn't track. It includes consonants that are not mentioned in English.

It is the most difficult language to understand and is rarely spoken outside of the Navajo reservation. It is among the best-documented of the native languages. In 1943, the linguist Robert W. Young along with William Morgan published the first Navajo dictionary and a newspaper called Ádahooníłígí that lasted until 1957. 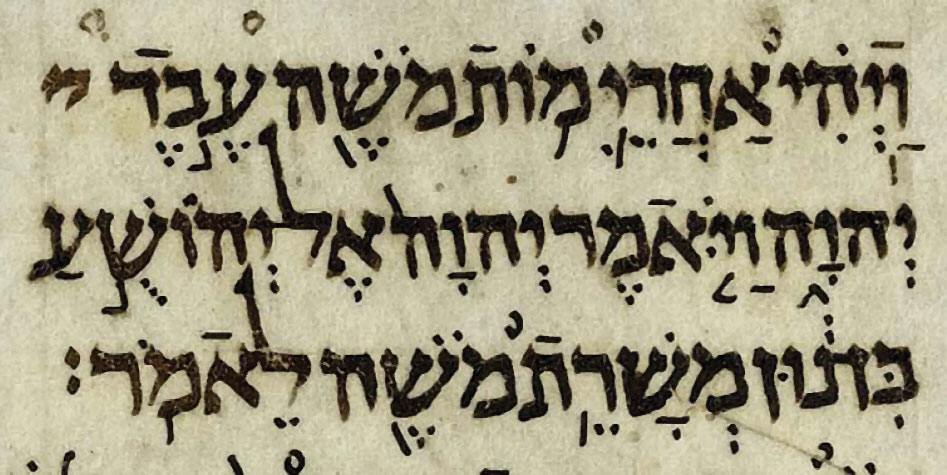 Hebrew is a unique language and is spoken as a modern language by around 8 million people. After Israel, the United States has the largest Hebrew speaking population. It is written from right to left, but numbers are written left to right.

Hebrew is similar to Arabic, but they have different scripts. Both languages have parallel grammar systems and have similar words.

Hebrew is considered as one of the original languages of the Bible. The language has 22 letters and no vowels. It is regulated by the Academy of the Hebrew Language, which was established in 1953 by the Israeli government. 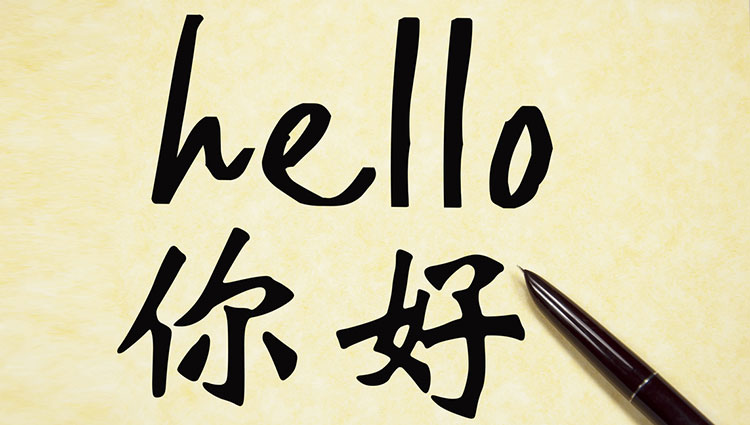 Mandarin Chinese is the most spoken language in the world. But if you want to learn this language, then be prepared to spend over 2500 hours from your life. Experts revealed that you might need to learn over 2000 characters to read a single newspaper, and over 6000 characters to communicate fluently.

The characters used in this language look like a drawing and have plenty of them. People who emigrated from the Greater China region speak Mandarin Chinese. The United Nations has standard Chinese as one of the official languages. Other official languages are Spanish, Russian, French, and Arabic. Speaking Mandarin Chinese couldn’t help you in reading it and vice-versa.

It is the oldest language in Europe and has origins that date back to the Neolithic. Basque is also spoken in France and has seven different dialects. Along with Basque, other languages that are used in Europe are Finnish, Hungarian, and Estonian. It is an isolated language, meaning, there are no other languages that resemble Basque in any manner.

Its origin is a mystery. However, some theories reveal that Basque was present in Europe before the arrival of other Indo-European languages. It is difficult to know how many people speak Basque. While some say that over 500,000 people speak Basque, others claim that the number is twice. 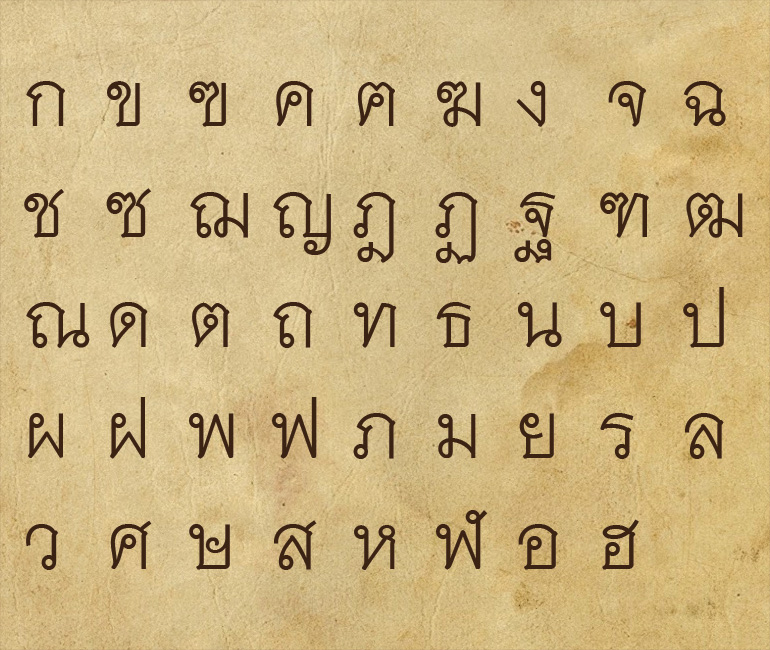 Thai is another most difficult language on the list that is spoken by about 60 million people in Thailand. It is a Tai-Kadai language and is related to the northern dialects of Thai and Lao. It includes several words from Sanskrit and Pali. It consists of 44 consonants, each with an inherent vowel.

The Royal Thai General System of Transcription is the official standard for the Romanisation of Thai. Other Romanisation systems are used in other places. It is a tonal language, which means the same word can have multiple meanings depending on how it is pronounced.

For instance, the word ‘mai’ can have different meanings like not, wood, burn, new, depending on the tone used during pronunciation. 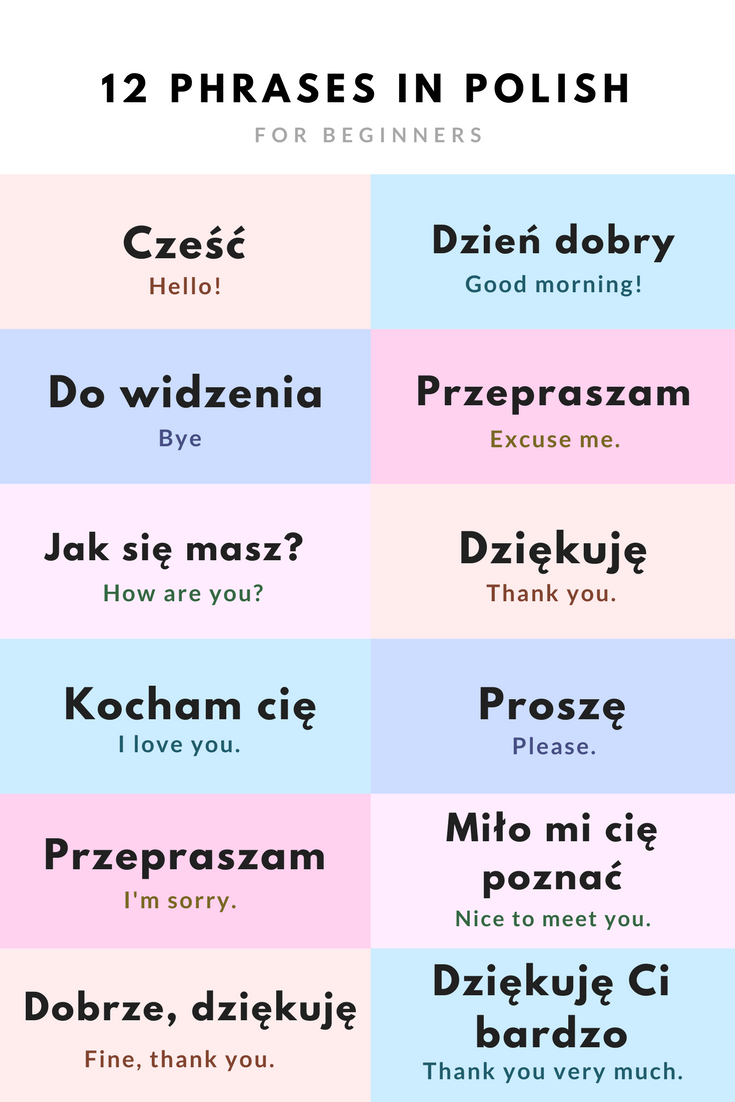 Polish has the largest number of speakers from the West Slavic group and is the second most spoken Slavic language. Spelling and grammar could give English speakers a hard time. It is loaded with consonants, making it difficult to spell and pronounce.

If you are a travel freak and love exploring other places, then you should know these languages. Learning new languages is fun; in fact, learning the most difficult languages is challenging. So, take this challenge and have fun.

Do you know other languages that are difficult and can’t be learned easily? Also, tell us how many languages do you know apart from your native language.