10 Strange Houses That Nobody Wants to Buy

Haunted houses are not only constructed for the television shows and movies, but they are also a real thing. With some bravery and lots of cash, you can have your own. 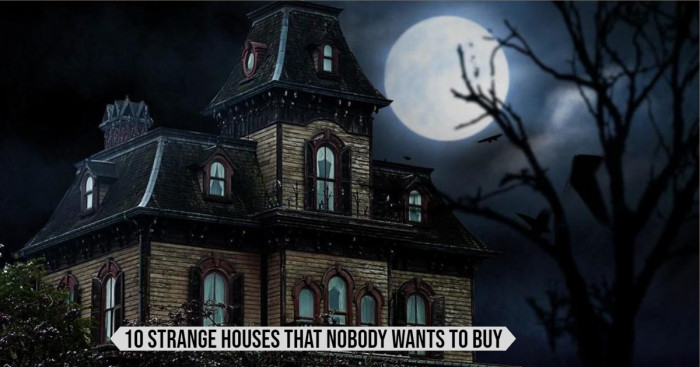 Moving and settling into a new home is surely one of the most amazing things – especially for those who are doing this for the first time. Everyone dreams of owning a house with a pool, luxurious bathrooms, spacious bedrooms, oversized garage and more. Surprisingly, many unique homes feature the same and are on sale. Unfortunately, nobody wants to buy them. Do you know why? That’s because they are the favorite space of ghosts and unwanted spirits.

It is not that ghosts and paranormal activities are noticed only in the abandoned house, there are also the cases of shipwreck stories that are reported to be most haunted.

The below list of the haunted houses have just hit the market and are packed with beautiful interiors, luxurious bathrooms and paranormal stories that might give you nightmares. So are you ready to bump into these crazy houses with ghosts? Here we go!

Caution: If you are weak at heart, please do not scroll below. Maybe some ghost is watching YOU! 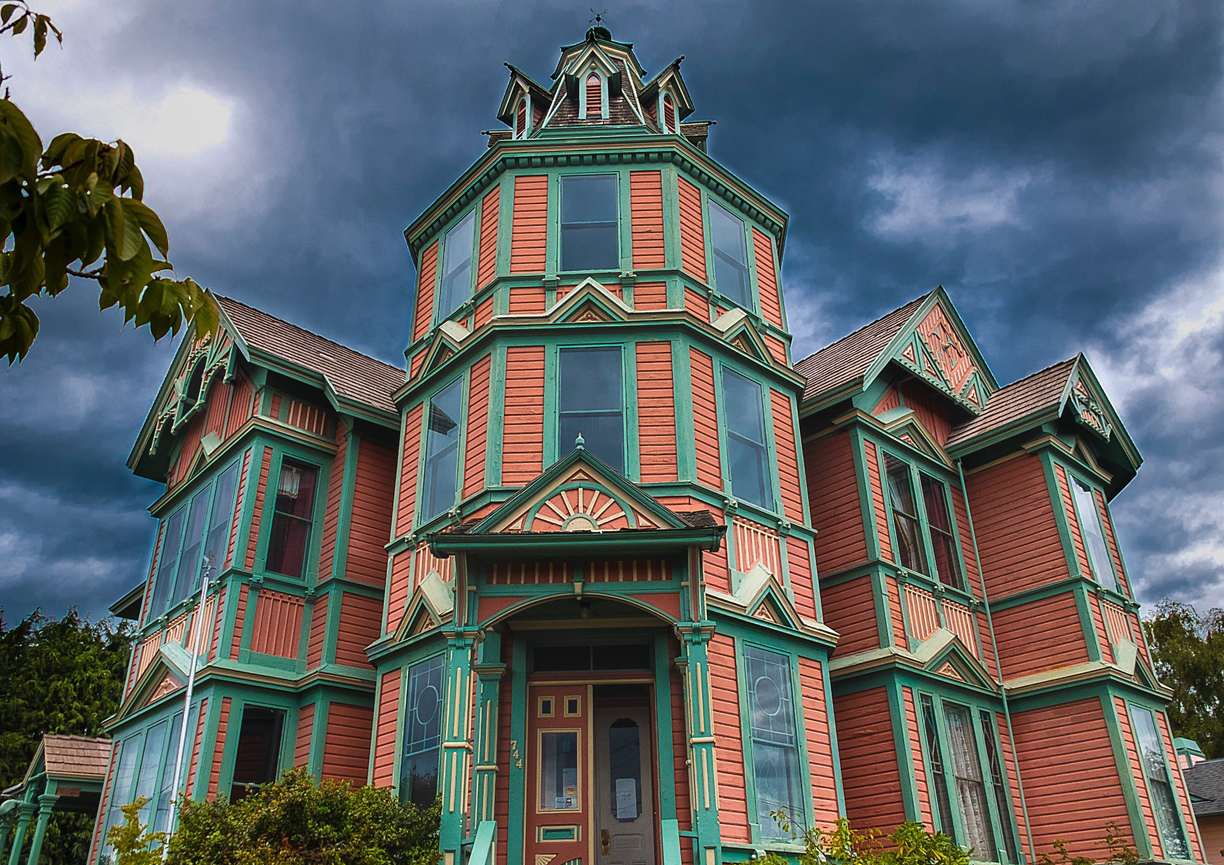 Who wouldn’t mind buying a home having eight bedrooms, eight baths with an amazing 70-foot tall dome tower featuring the paintings of all four seasons? If I would have millions, I would surely buy this luxurious property. But unfortunately, I don’t have!

Located at the center of Townsend uptown district, the house is near to the historic marketplace, museums, bars, and restaurants. It was just a spectacular house that you could only dream of.

2. The House on Plant Avenue, Missouri 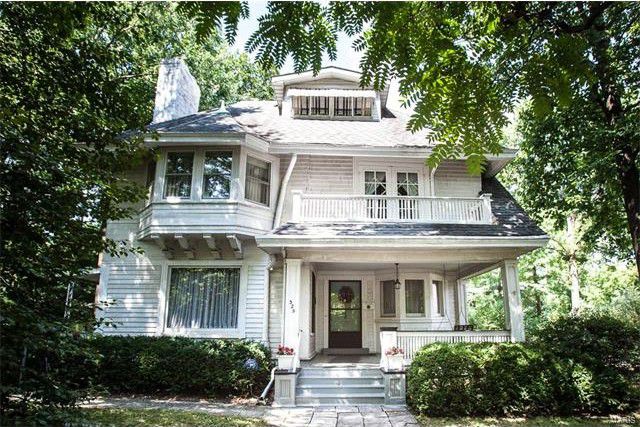 If you are looking for buying a home with an interesting history, then go for The House on Plant Avenue in Missouri. From 1906 to 1944, this 3871- square foot pad near St. Louis was occupied by Henry Gehm. He was involved in the car business, and his company built the first gondola car.

There is a story about the house that is believed to be true. It is said that Gehm did hide the gold coins at several places around the property. It is also believed that he dealt in gold because of the bank failures and preferred to keep all his valuables at home.

But how did this mansion turn into a scary house? It is said that Gehm when contacting the circus for traveling cars somehow came into the possession of a huge bear that he tied in the backyard. The bear’s ghost is now said to haunt the property. A prior owner Robert Wheeler told that he heard the footsteps in his room.

If you love bears and want to meet him in person, this spooky house can be yours for only $600,000. 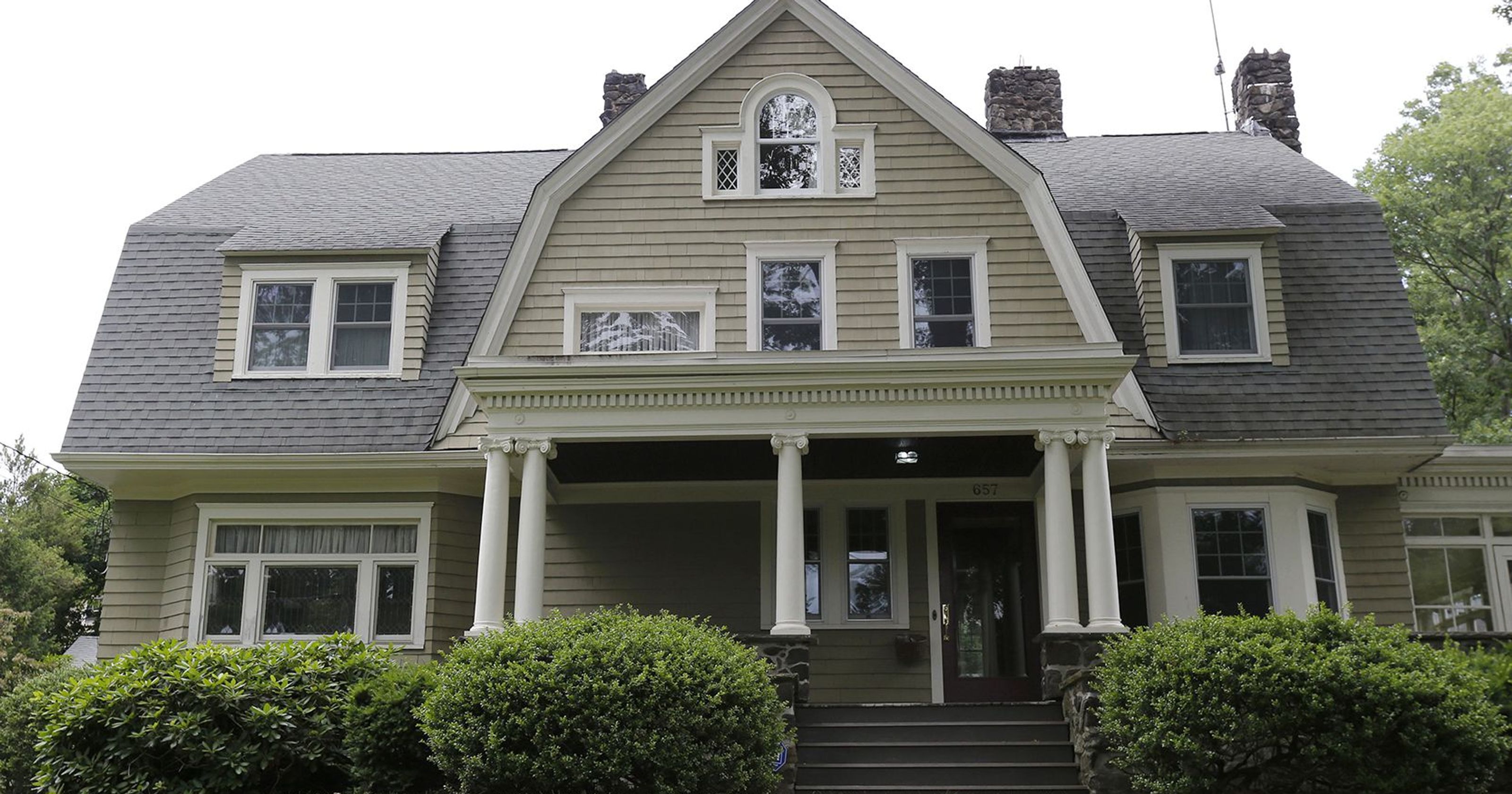 This lavish mansion in New Jersey is struggling for his new owner. After a family closed this property in 2014, they have been receiving a series of letters from anonymous people.

“657 Boulevard has been the subject of my family for decades now and as it approaches its 110th birthday, I have been put in charge of watching and waiting for its second coming. My grandfather watched the house in the 1920s and my father watched in the 1960s. It is now my time. Do you know the history of the house? Do you know what lies within the walls of 657 Boulevard? Why are you here? I will find out.”

“It is now my time. Do you need to fill the house with the young blood I requested? Better for me. Was your old house too small for the growing family? Or was it greed to bring me your children? Once I know their names I will call to them and draw them too [sic] me.”

The people read the story about the Watcher Home, and after 9-month hiatus, it came back on the market for sale. The real estate in the Westfield is doing fine, but the Watcher Home is dealing with the same haunting problems. Would you like to buy this haunted house? 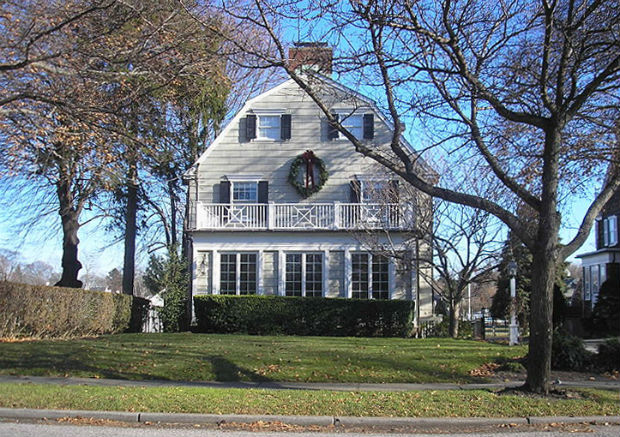 What would be your reaction if you are told that you have to live in a house where a person has murdered six family members? No way! Well, this is the story of the Amityville in New York.

It was in 1974 when Ronaldo DeFeo murdered family members at his home.

In 1975, when the Lutz family moved in, they claimed of watching paranormal activities from ghost voices to oozing walls. This story was also turned into a book ‘The Amityville Horror.’ The house is on the sale for $950,000. 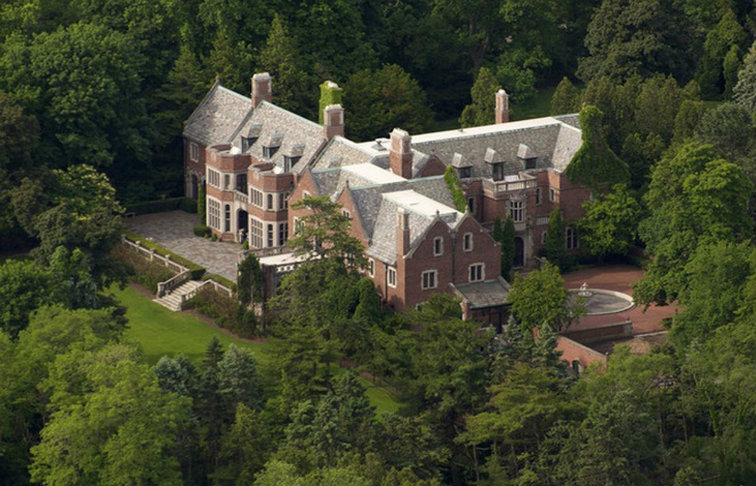 At the shores of Lake Michigan, there is a house built for the newly married Laura and Charles Schweppe. Twenty years after they married Laura died of a heart attack. The stories now tell that she gave most of her property to her children and left nothing for her husband. After four years, Charles committed suicide and left a strange note for his children,

Their beautiful mansion has become a haunted placed. It is believed that the couple still stays together in the home and visits their bedroom. This spooky mansion covers 25,000 square foot and has ten bedrooms. It is on sale at $8.5 million.

If this sounds fake to you, here are some more pieces of evidence of ghost encounters recorded. 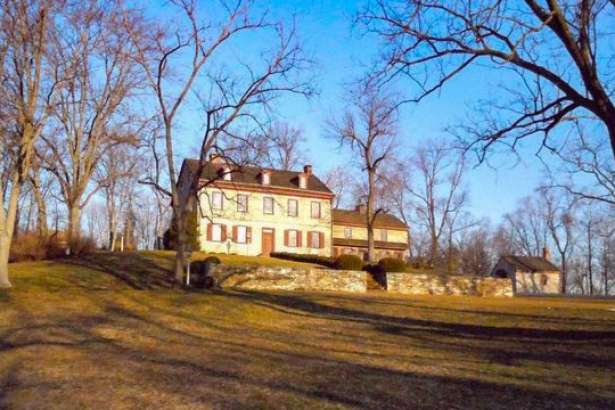 Dating back to 1749, this beautiful home features seven working fireplaces, seven huge bedrooms, a designer kitchen, and luxurious bathrooms. Located in Pennsylvania along the Tulpehocken Creek, the area is secured by the land trust.

It does have a list of paranormal activities. The locals there tell that a young man died in the house. He was once riding his horse to the Forge Mansion to meet his lover. As he came near to the house, he saw his lover standing at the window. He stood up in his stirrups, frightening the horse. The boy was thrown at the steps of the mansion and, he died. It is now believed that ghostly sounds are recorded and the boy still looks for his lover. This scary mansion is on the sale at $830,000. 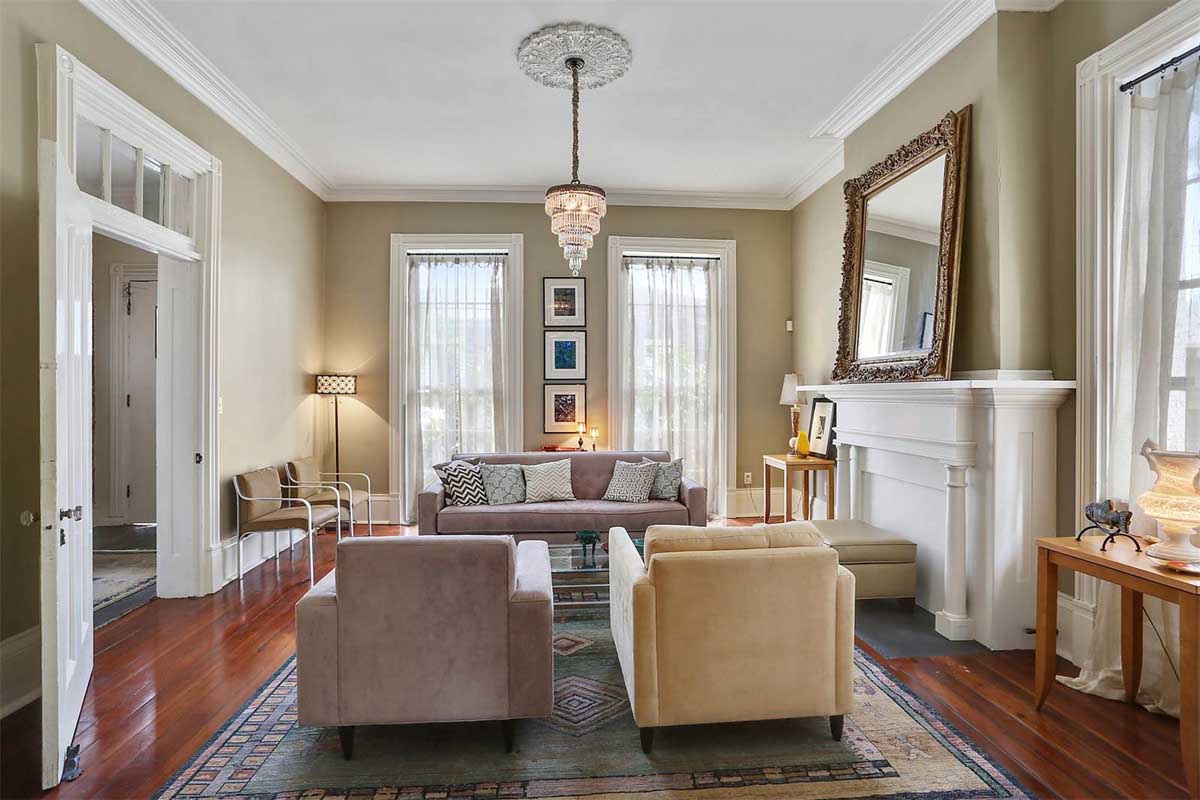 The Adam Griffin House in New Orleans by Adam Griffin became an abandoned house only after months of moving in. The story about this spooky mansion describes that Union troops during the Civil war bought this house to store their military weapons. Two Confederate soldiers were caught looting nearby houses. After they were caught, they continued their cunning plan Union soldiers in the hope to avoid the death penalty for their crime.

When they realized there would be no leniency, rather than facing execution they shot each other in the heart. After this, several paranormal experiences and stories have been recorded by the visitors. They claimed to hear the clinking sound of chains, ghostly sounds and thumping steps of strangers.

Today, the house is on sale for over $1.5million. It measures 4170 square feet with three bathrooms and bedrooms.

This huge and luxurious Victorian home has three bathrooms, five bedrooms, an oversized garage, and an in-law apartment. Built in 1850, the Uhli Home was built by Stefan Uhli (who also owned the famous Cave Saloon) in town.

The house is listed for $351,000 and reports that this abandoned house comes with a history and ‘possibly even a ghost to go with it.’ It is believed that the spirits of Stefan and his wife Suzanna still walks the halls of the house.

If you watch horror movies and don’t feel scared of the spirits and paranormal activities, you are free to own this house for $351,000.

If you are planning to purchase a home in Louisiana, then this Acadian style home is a perfect choice for you. The home is designed on 5 acres of land with chicken poop, saltwater pond, and a beautiful gazebo. The original hardwood floors, 12-foot ceilings, glass windows are really attractive. But what’s most surprising is that by buying this house, you are also inviting some ghosts to accompany you. So, if you don’t mind hearing ghost voices and disembodied footsteps, you will surely love this place. 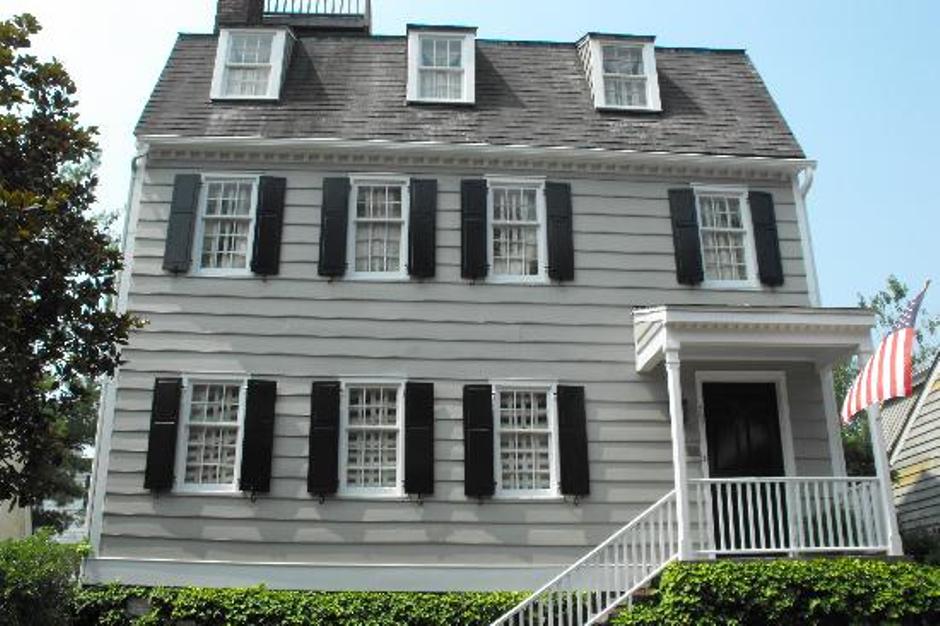 Don’t let this house with beautiful interior, luxurious bedrooms and bathrooms fool you. The walls of this house have seen several deaths and even suicide. The previous owner of the house says it is now safe to live in this house, and it is not haunted. There is no single evidence of ghosts recorded in the room.

But the neighbors claimed that they have heard ghost voices and have recorded paranormal activities around their home. To make the house scarier, the workers uncovered an ancient stone chamber during the renovation, which makes you wonder - what is inside it?

A haunted house is not meant for everyone. But it does attract some segments of the real estate marketers. So if you enjoy dressing up in frightening costumes for Halloween themed party, you are free to buy any of the scary mansions to keep the creepy emotions going year round.

Next time, if you ever pass by a beautiful house that has a sign ‘For Sale’ on display, make sure that you do good research and ensure the house has no history recorded for the paranormal stories.

10 Beautiful Yet Terrifying Plants You Didn’t Know are Deadly