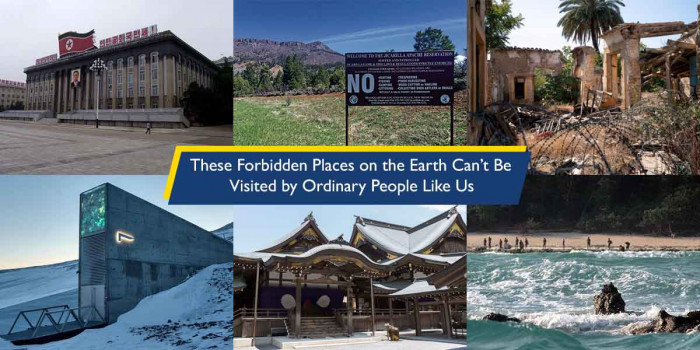 How often do you travel? Once or twice a year? It doesn’t matter! Someone who is a travel freak always looks for exotic places and beyond imagination. While you must have read about or visited famous places like The Grand Canyon, Colosseum, and Great Barrier Reef, several places in the world are forbidden and can’t be visited.

With the expansion in technologies and development, it is hard to believe several places on the globe are undiscovered. Today, you can easily connect with anyone living in any corner of the world. Unfortunately, several forbidden places on the earth are yet to be explored.

From guarded religious structures to islands full of snakes, let us explore forbidden places that have secrets and can’t be visited for a lifetime. 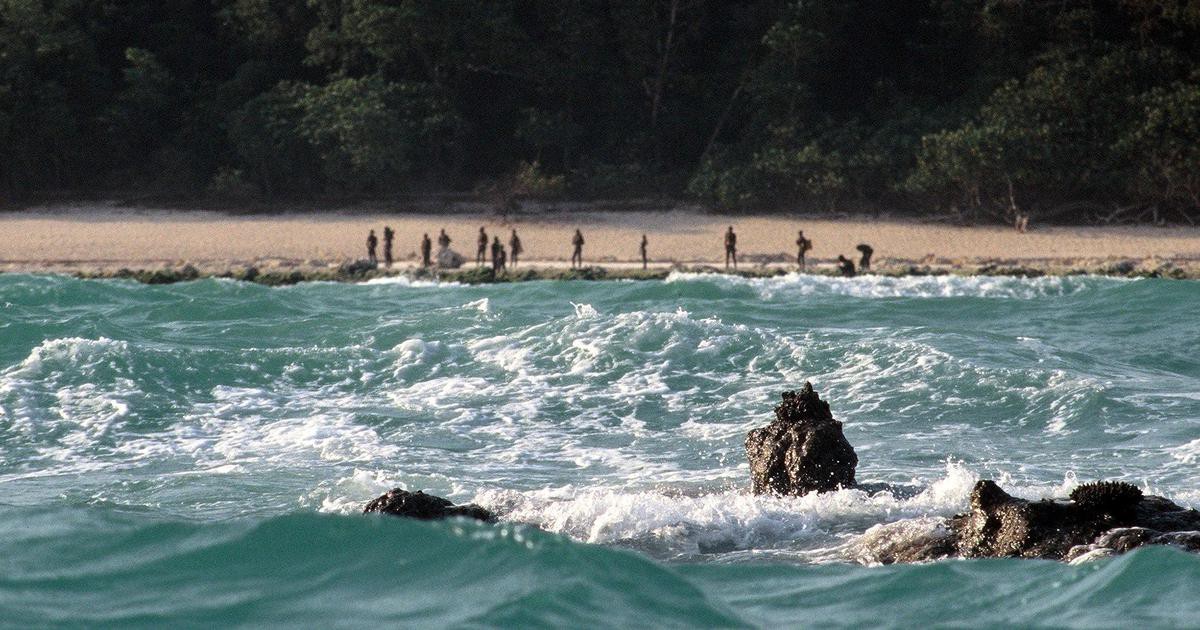 While its geography marks it as one of the isolated places on the earth, it is covered by the uncontacted tribes. It is reported that in 2006, the people there killed two fishermen whose boat accidentally reached their shore. The Sentinelese have lived on the island for over 60,000 years with the protection of the Indian government.

The government has restricted tourists and authorities from entering North Sentinel Island. The Sentinelese defend themselves by firing arrows who try to reach their island. In 2012, their population was around 400 people. The population faces the threats of infectious disease to which they have no immunity. 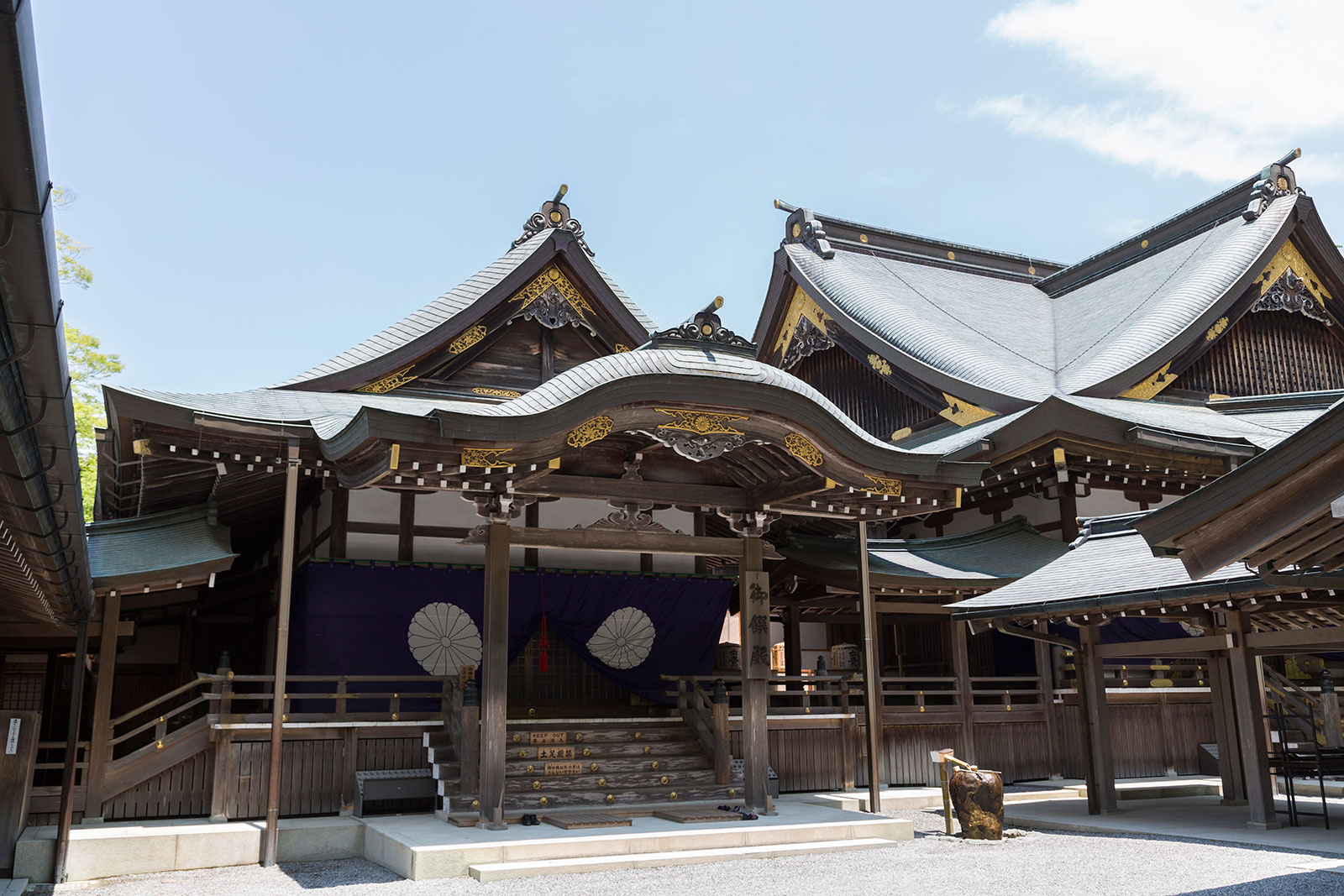 Located in Ise, the Ise Grand Shrine is a Shinto shrine dedicated to the Sun goddess Amaterasu. It is home to the Sacred Mirror and is one of the most important holiest sites.

It is rebuilt every 20 years to symbolize the Shinto tradition of death. The current shrine was built in 2013. The pilgrimage to the Ise gained popularity during the Edo period.

By the 19th century, several tourists began to visit this place. Unless you are a member of the Japanese imperial family, you won’t be allowed to enter this significant ancient representation of Japanese culture. To keep the place holy: priests and the imperial family are allowed to go there. You can capture the temple from outside through wooden fences. 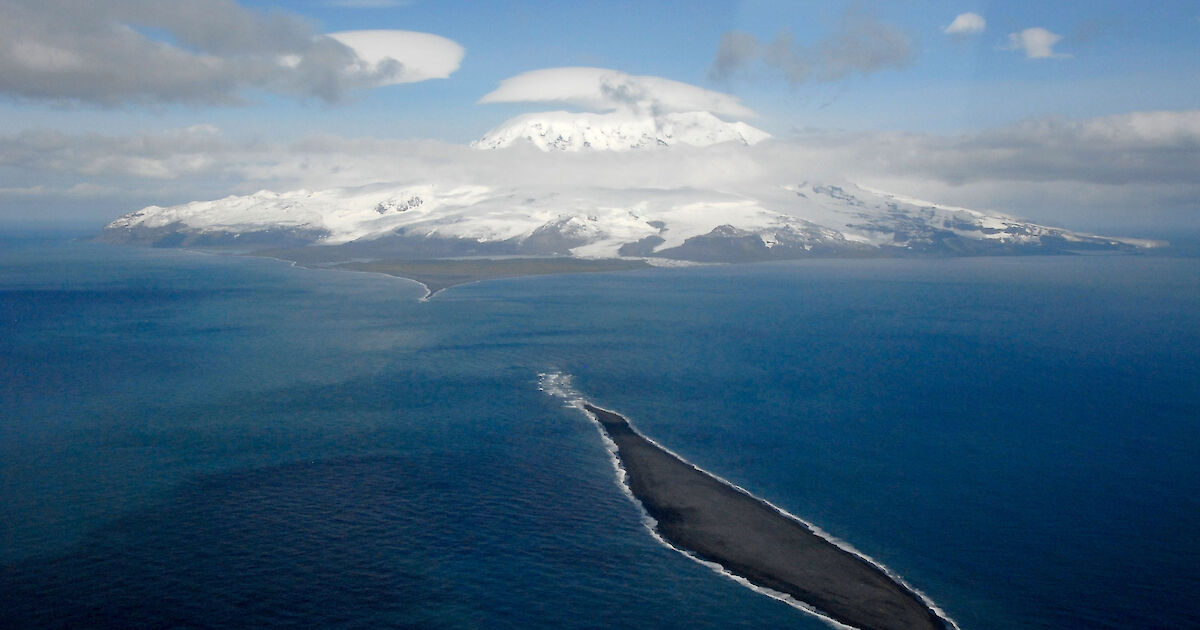 The territory of Heard and McDonald's Island comprises a volcanic group of barren Antarctic Islands. The group size is 372 sq km and has a 63mi coastline. The islands are the forbidden places on the earth.

The island is known for its active volcanoes. Its inhabitants include different types of penguins and seals.

It has several small wetlands sites spread around its coastal perimeter. The islands are an important part of the Southern Indian Ocean Islands tundra ecoregion and include several subantarctic islands.

It is considered an Australian territory even though it is located between Antarctica and Madagascar. In 2000, researchers noticed lava flow coming from the volcano called Mawson’s Peak.

Besides this, the island is also known for poor weather conditions. Heard Island and McDonald's are free from predators and provide breeding habitat in the Southern Ocean for a range of birds. The island is not permitted for tourists; however, the nearby McDonald Island places are allowed for scientific reasons. 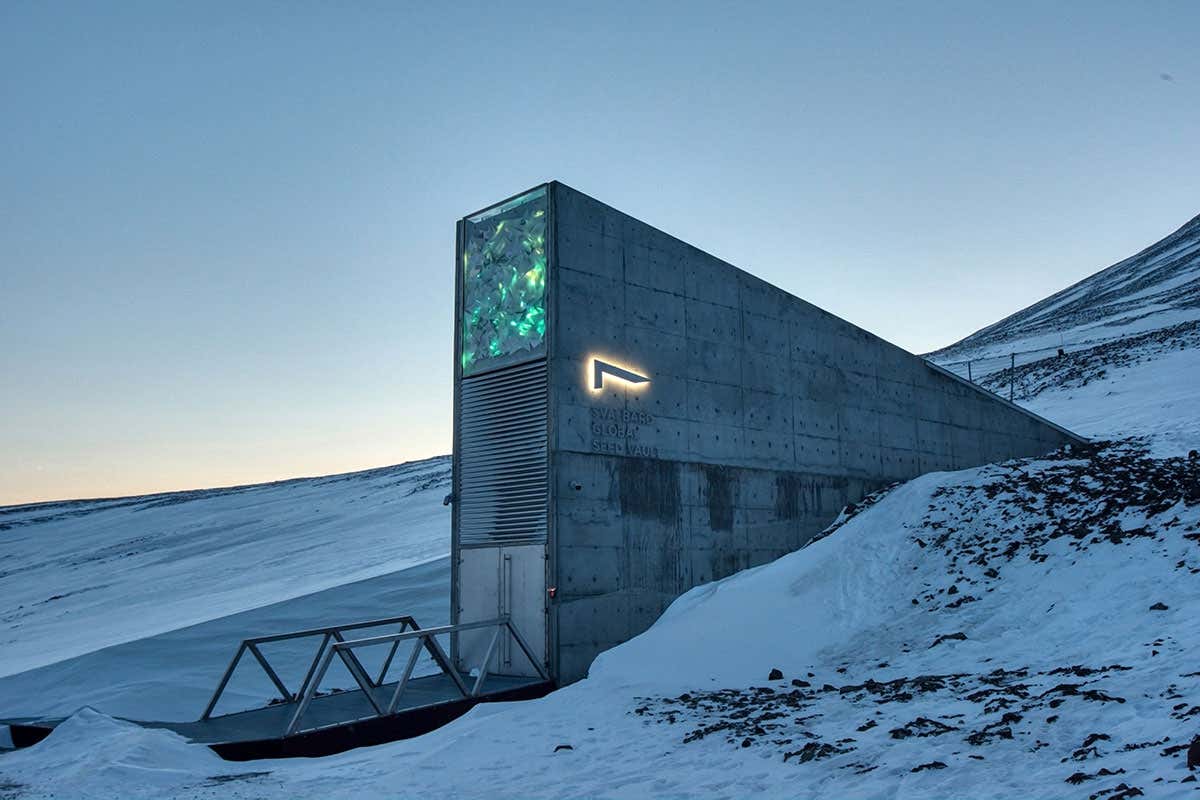 It is a secure seed bank on the Norwegian island of Spitsbergen. The place is also known as the Doomsday Vault. It stores 100 million seeds from around the world to restore the plant kingdom. The vault was built to last around 200 years and can withstand earthquakes. In 2016, the vault experienced a large degree of water intrusion due to higher than average and heavy rainfall.

The place is protected by advanced security systems and can be accessed by a limited number of employees. From every corner of the world, big boxes of seeds are delivered to the DoomsDay vault for storing them. It shares the largest collection of crop diversity. 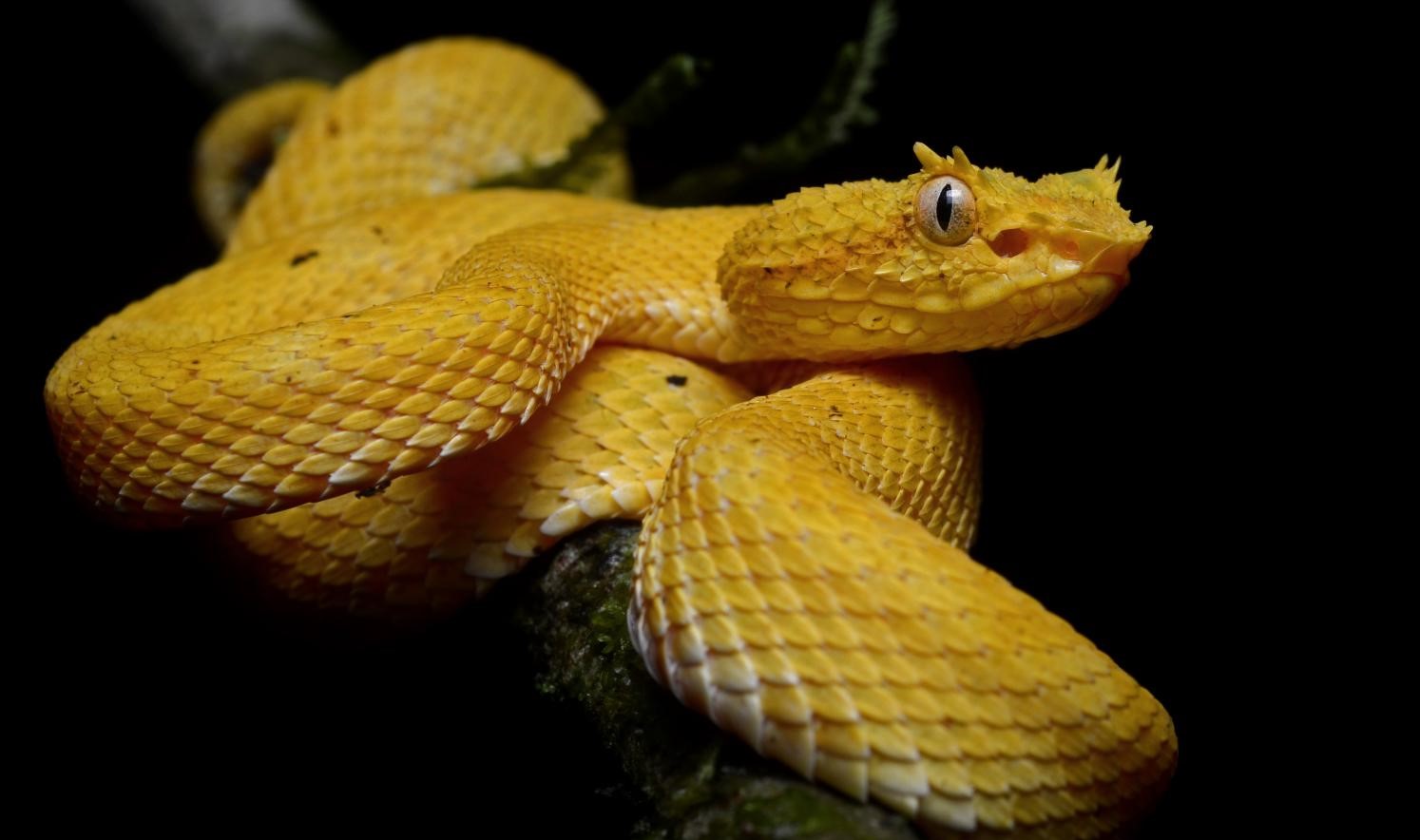 Snake Island in Brazil is home to thousands of poisonous snakes. No one can dare to step on Snake Island. The place is so dreadful that it is now considered to be one of the forbidden places in the world. It is reported that nearly 4000 golden lanceheads crawl on the island.

Snake Island is also known as Ilha da Queimada Grande and is administered as a part of the municipality of Itanhaém in the State of São Paulo. Located nearly 33kms off the coast of the state of São Paulo, the island ranges in elevation from sea level to 206m above sea level. It is home to another snake species, Sauvage's snail-eater, which is not venomous.

This mysterious island is illegal for anyone to visit. The lanceheads can grow over a foot and could kill humans in an hour. Grande has a variety of vegetation and is partly covered in rainforest. It is rumored that a fisherman landed on the island to search for bananas. Later he was found dead with snake bites on the body. To find food, snakes prey on migratory birds that visit the island during long flights.

The place is uninhabited now, but humans used to live there for a short period in the 1920s. A few people claimed that snakes were introduced by pirates seeking to protect the treasure on the island. The exact reason why the place is forbidden is still a mystery. The Brazilian government has prohibited visitors from entering this place. 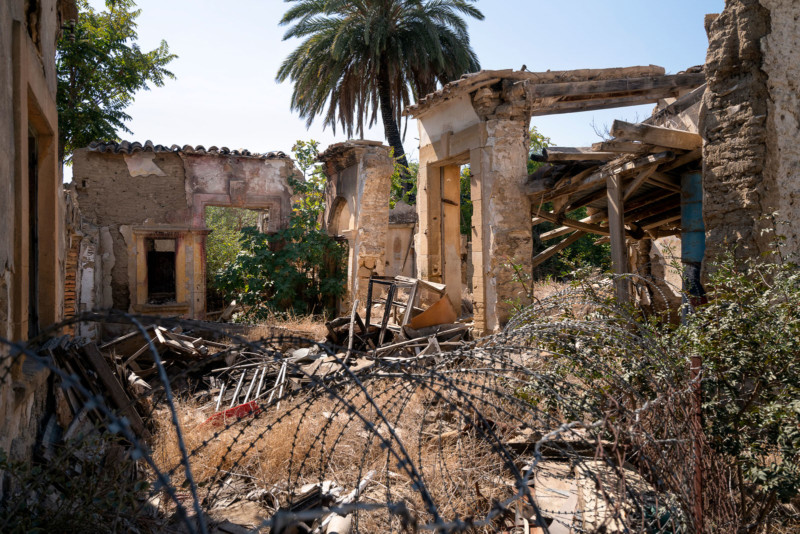 It is a demilitarized zone patrolled by the United Nations Peacekeeping Force in Cyprus. The zone is also known as the Green Line and stretches for 180kms from Paralimni in the east to Kato Pyrgos in the west.

The dividing line is referred to as the Attila Line, which is named after the Turkish-code-name for the 1974 military intervention. The Turkish army has built a barrier on the zone’s northern side.

The zone cuts through the center of Nicosia and separates the city into northern and southern sections. For 40 years now, the buffer zone - a no man is controlled by the United Nations. 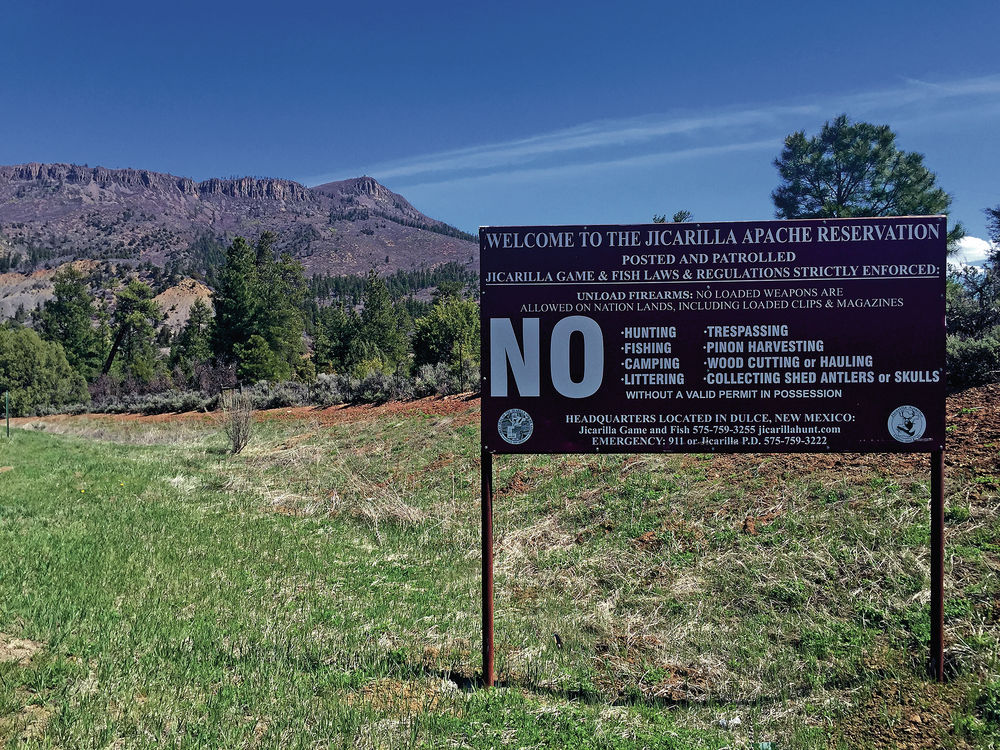 Dulce is a town located near the Colorado border in New Mexico. It has a population of over 2500 Native Americans and serves as an underground laboratory where incredible experiments take place. It is a subject of a conspiracy theory and claims that a jointly-operated human and alien underground facility exists under Archuleta Mesa on the New- Mexico border.

In 1979, Bennewitz was convinced he was intercepting electronic communications from spacecraft and installations outside of Albuquerque. In 1980, he believed he had discovered an underground base near Dulce populated by aliens and humans. Residents of Dulce have claimed to see UFOs and other unexplained sightings in the area. This forbidden place has tight security and experiences and serves as an underground laboratory. 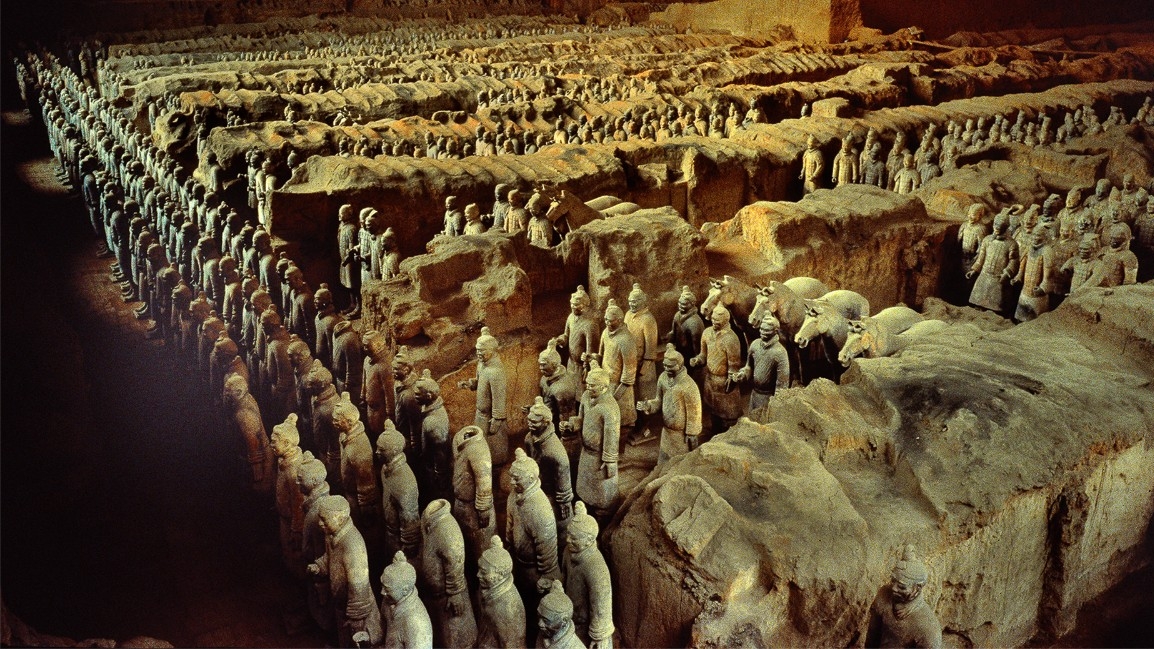 The Mausoleum of the First Qin Emperor is located in Lintong District, Shaanxi province of China. The Mausoleum of China’s first Emperor, Qin Shi Huang, is buried underneath a pyramid for over 2000 years. It is the greatest discovery of all time and remains a mystery for archaeologists. The tomb is sealed and is mostly unexplored. The burial complex consists of several things that Qin Shi Huang will need in the afterlife.

It was in 1974 when workers dug well outside the city of Xi’an and found one of the greatest archaeological discoveries in the world. They found thousands of clay soldiers with unique facial expressions. Further, they revealed arrow tips and other weapons in unspoiled conditions. Qin’s tomb was filled with pavilions, offices, and precious stones.

Precious stones are said to represent the moon and other stars. The archaeologists revealed the big hill where the emperor is buried is not seen by anyone. When he died, he was buried in the opulent tomb complex, constructed in China, and contains everything that would be needed by the emperor for the afterlife. Scientists still have not touched the central tomb, where the body of Qin Shi Huaneng. 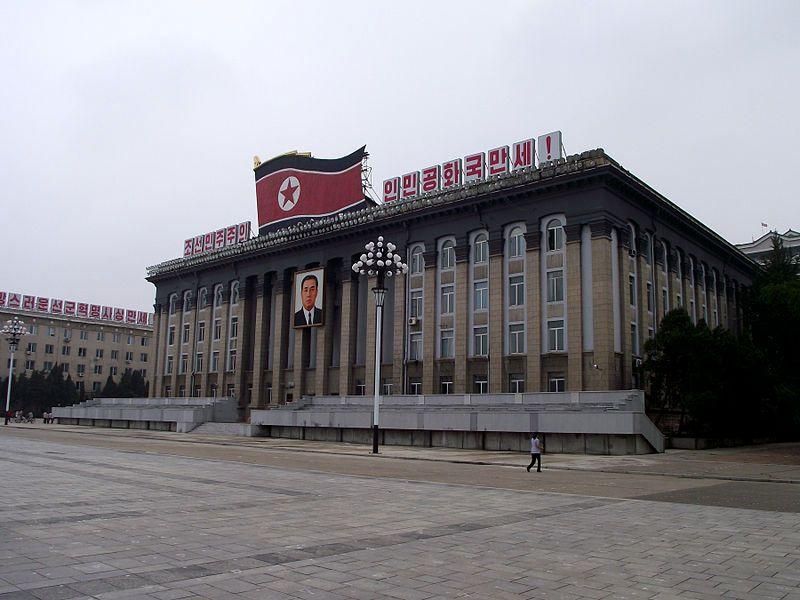 Room 39 or Division 39 is a secretive North Korean party organization that finds a way to maintain foreign currency slush funds for the country’s leader. Created in the 1970s, Room 39 is located inside the worker’s party-building in Pyongyang. It is estimated that organizations bring nearly $500 million to $1 billion per year and might be involved in illegal activities.

It is the largest of three influential Third Floor offices along with Office 35 and Office 38. These three offices were housed on the third floor of a building where Kim Jong-il’s office used to be; hence they are remarked as ‘Third Floor.’ 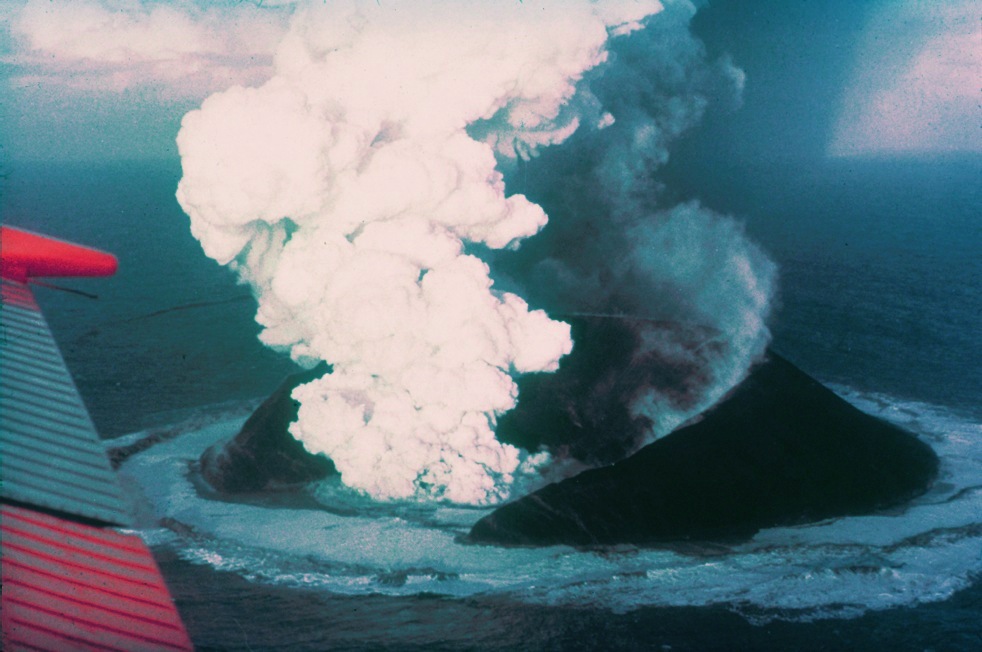 Can you imagine beautiful islands can be considered forbidden places? The volcanic island Surtsey, located in the Vestmannaeyjar archipelago off the southern coast of Iceland, was formed in the volcanic eruption, which began 430 feet below sea level. The eruption lasted till June 1967, when the island reached its maximum size of 1.0 sq mi.

The unique event offers the scientists an opportunity to observe the evolution of an ecosystem from scratch. Due to wind and water erosion, Surtsey Island has been decreasing in size since then.

The number of animal and plant species are increasing exponentially. Soon after the island was formed, seals were seen on the island. The insect life provided food for birds and other animals. To not change this development, only scientists are allowed to visit the island. 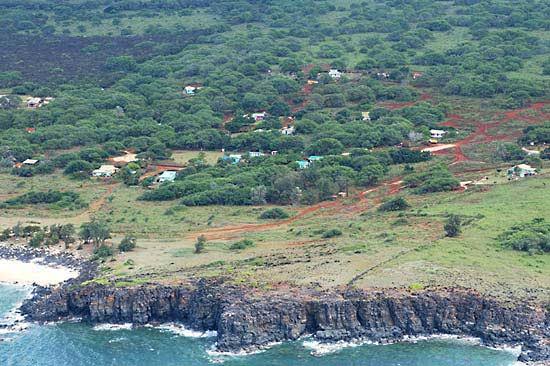 Niihau Island in the USA is the 7th largest inhabited island in Hawaii. It is considered critical habitat for Brighamia Insignis, an endangered species of Hawaiian lobelioids. The alternative name of the island is the Forbidden Isle and is prohibited for the visitors. Since 1987, a few supervised tours and hunting safaris have been open for the public.

This forbidden place is nearly 6 million years old and is relatively arid because it lies in the shadow of Kaua'i. It has a population of 169 inhabitants and is restricted to the public. If you want to visit this forbidden place, then you must be a member of the US Navy or have a relative on the island. To save the place and wildlife: the government has restricted everyone's entry.

It is a privately owned island and attracts everyone around the world due to its climate. Niihau's people have promised their former king to protect their island and to maintain its heritage. This could be the reason why the place is considered forbidden. Elizabeth Sinclair has purchased this property from the king for $10,000 in gold. The king requested her to protect the island from outside residents.

Today, Keith and Bruce are the proud owners of the island and preserving its heritage. Niihau people do not use today's technologies and survive without restaurants, hotels, and developed roads. Can you imagine your life like this?

Have you ever wondered why these places are forbidden and are unexplored? Do you know other forbidden places that have secrets and are still a mystery for humans?