Ironically clowns who are a comic performer known for making others laugh by doing silly actions and activities is actually a person who looks creepy to some people. 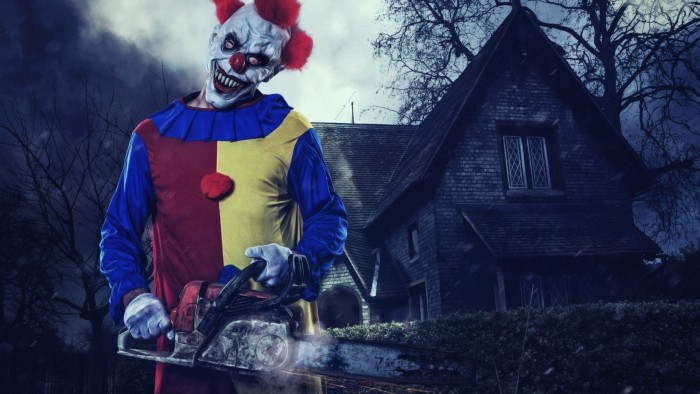 Clowns look as if they are evil and therefore people get frightened of them. This is, therefore, the most common phobia when compared to the others. There are many people who suffer from Coulrophobia. Even if we forget about phobia still people will make you feel scary and horrendous. 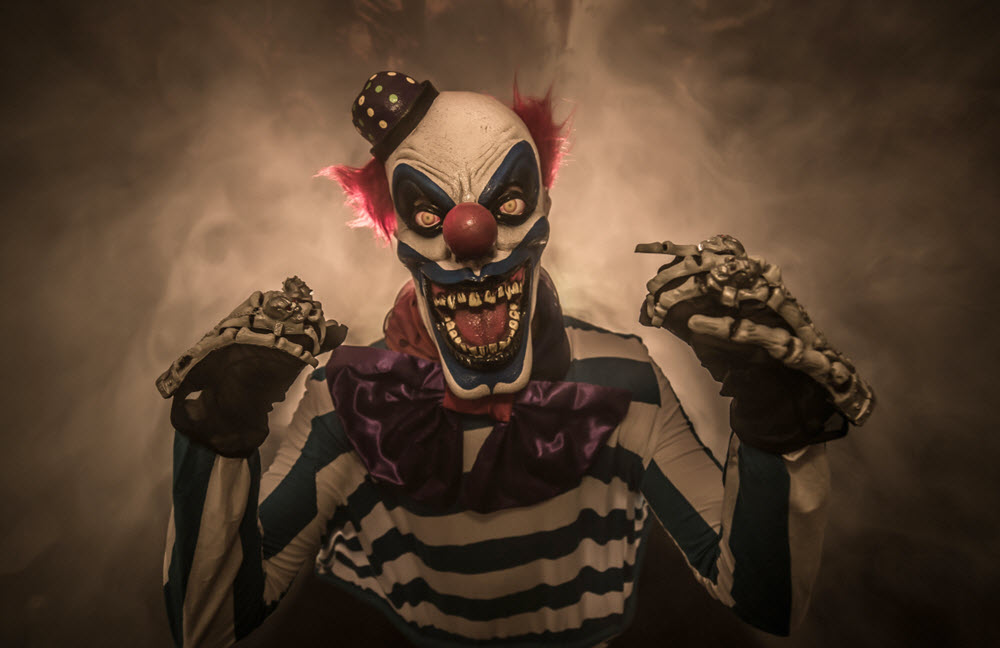 It is a persistent and most irrational fear which a person gets after seeing a clown. But instead of knowing that a clown is simply a person wearing a makeup which makes them look uncanny and creepy. Have you ever thought what is the reason behind it? 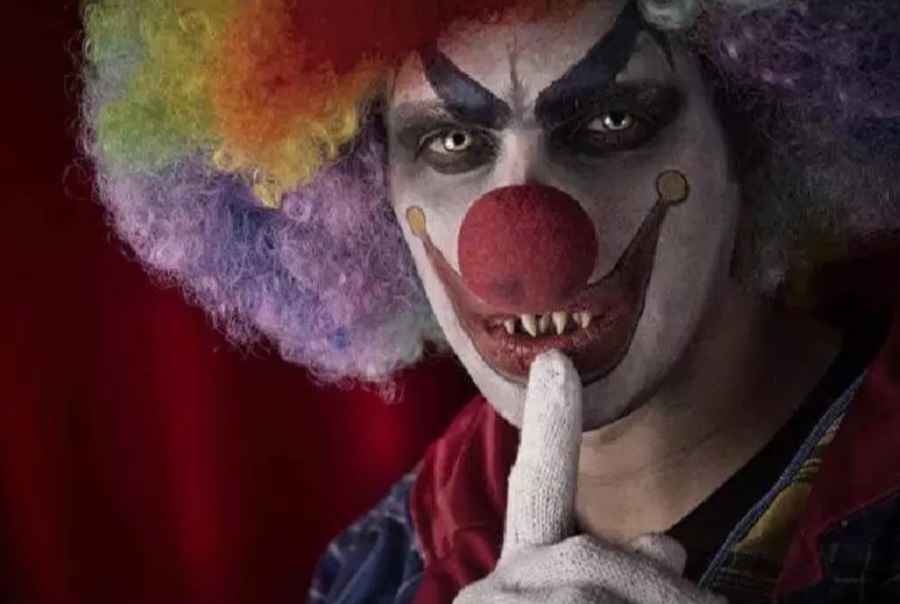 Clown costumes look is an exaggeration of some of the body parts. Their painted smile on their face makes them look awful. The coulrophobia has been derived from the Greek words which mean stilt walkers. Children mostly show a feeling of dislike when they encounter or see the clown images. 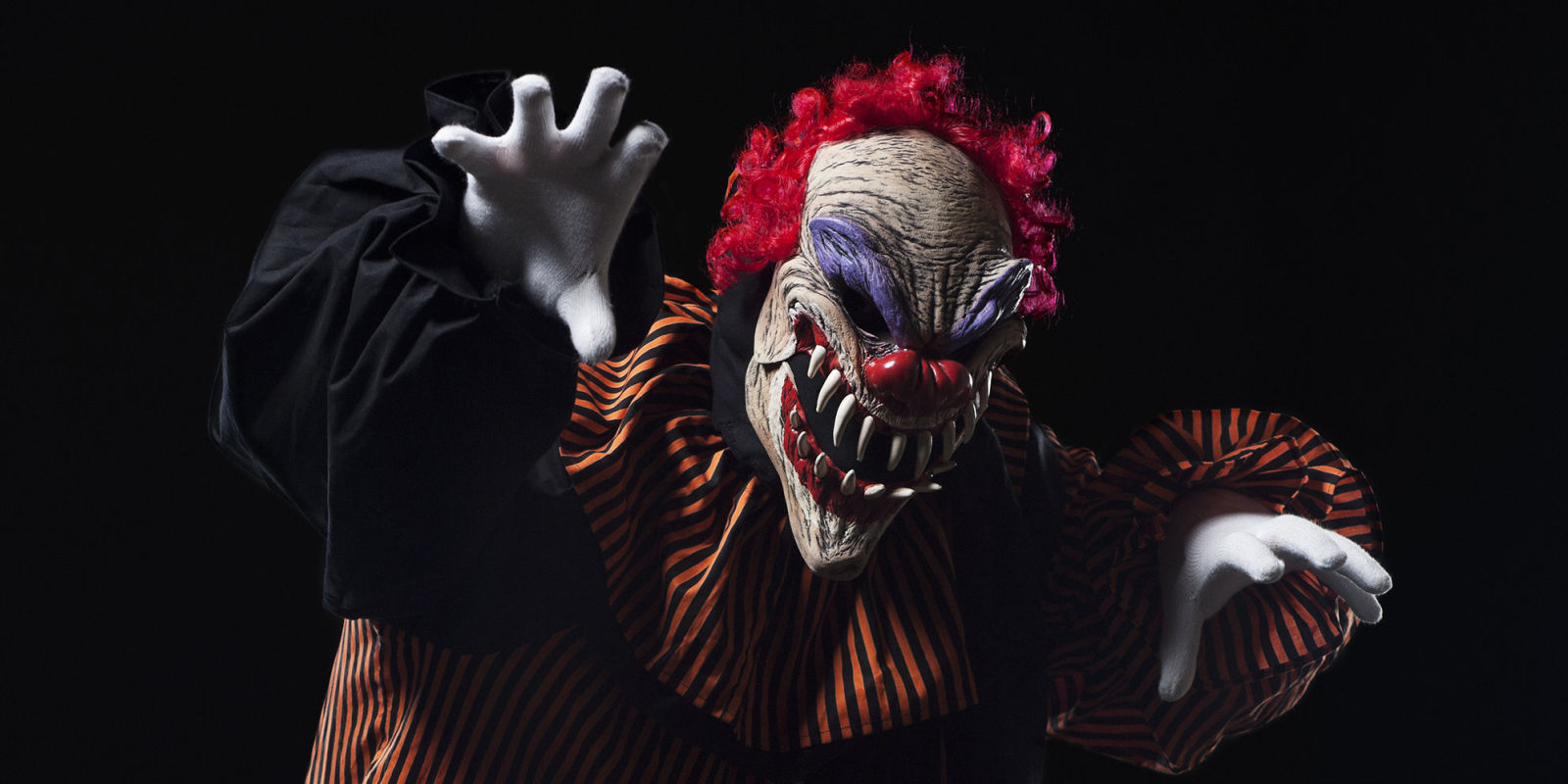 The psychologist stated that the fear of clown is more deeply rooted phobia instilled in the children in comparison to any other phobia. We often fear from those things which we are familiar to us yet we feel as if we are unfamiliar to them and therefore we start feeling scared.

Let’s see some of the reasons or causes which make  most of the people scared of the clowns : 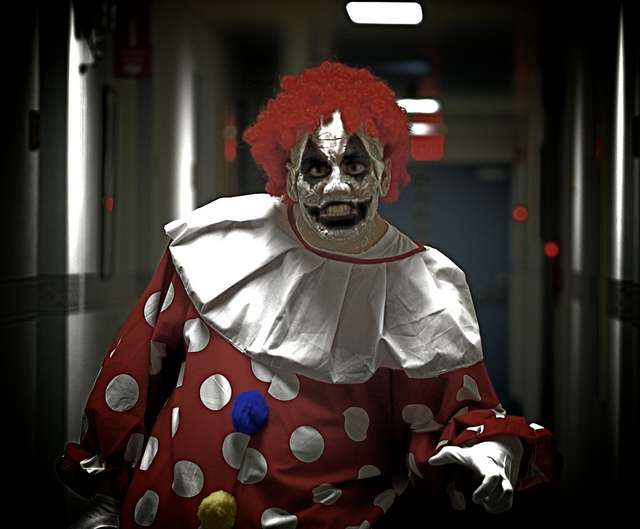 The plastic painted red smile appears terribly awful. The unnatural red smile is fake, therefore it becomes difficult to find out the actual emotions of a person. The fake smile of a person makes people uncomfortable and thus people feel annoyed and awkward. 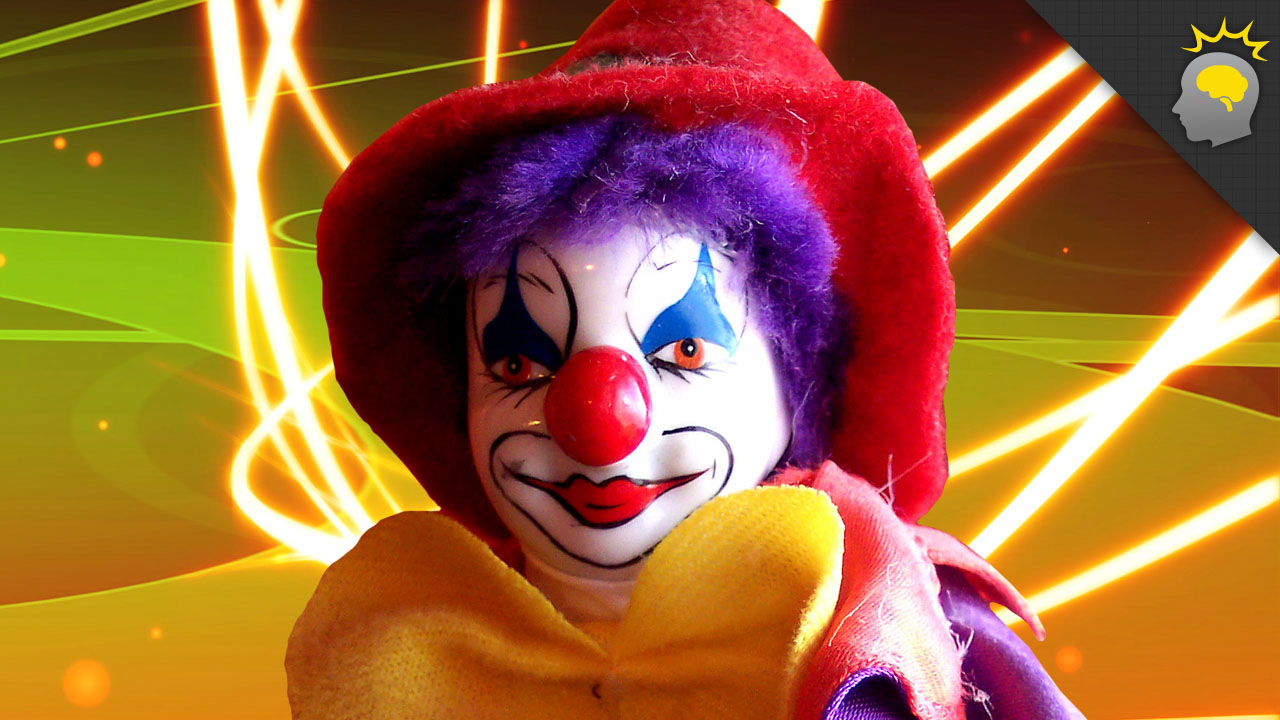 It is observed by the psychologist that people often scream and cry because of fear when they see a clown. It may be due to feelings which are inculcated during childhood.

The feelings are so strong that the people cannot even see the images of the clown displayed at some places in the form of posters. The fear of clowns is deep rooted inside the person’s mind and heart. So it is difficult for a person to come out of this fear. 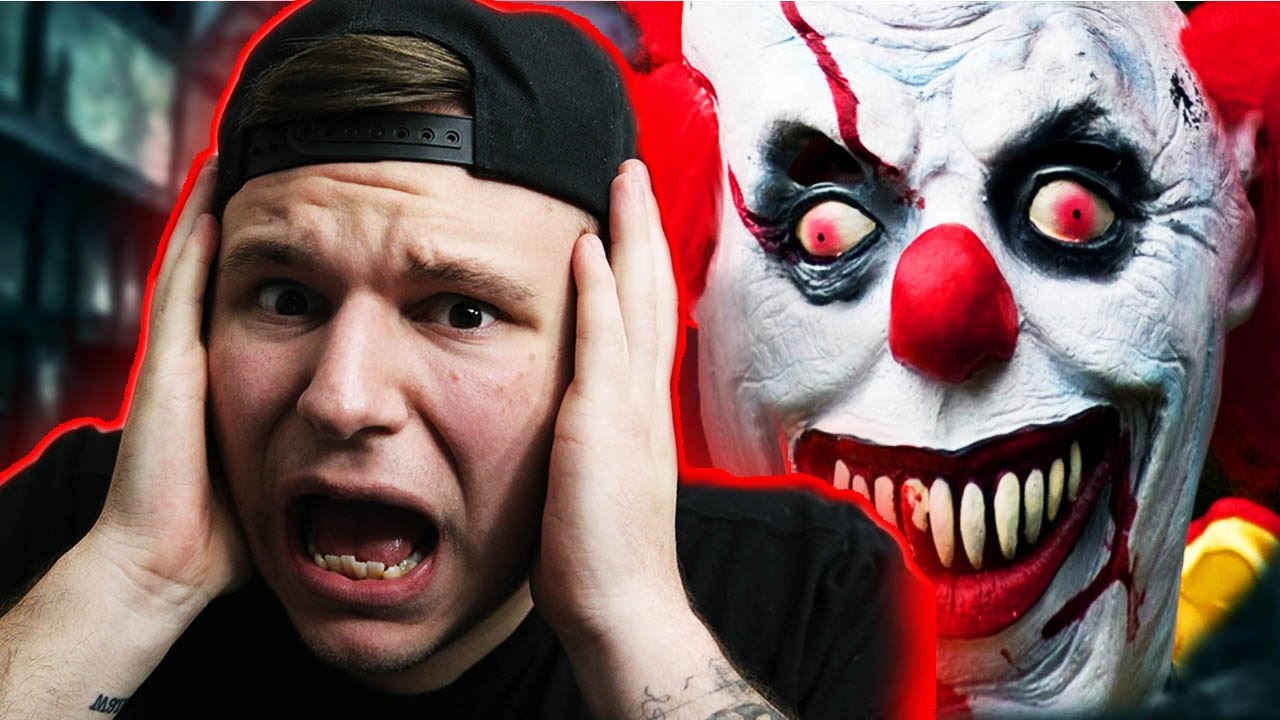 A historical event was in 2016 when a lot of videos and footage were reported on the microblogging sites about the crazy clown killer. The strange and uncanny activities done by the clowns created deep fear in the cities around the world. The phenomenon is known as mass hysteria. 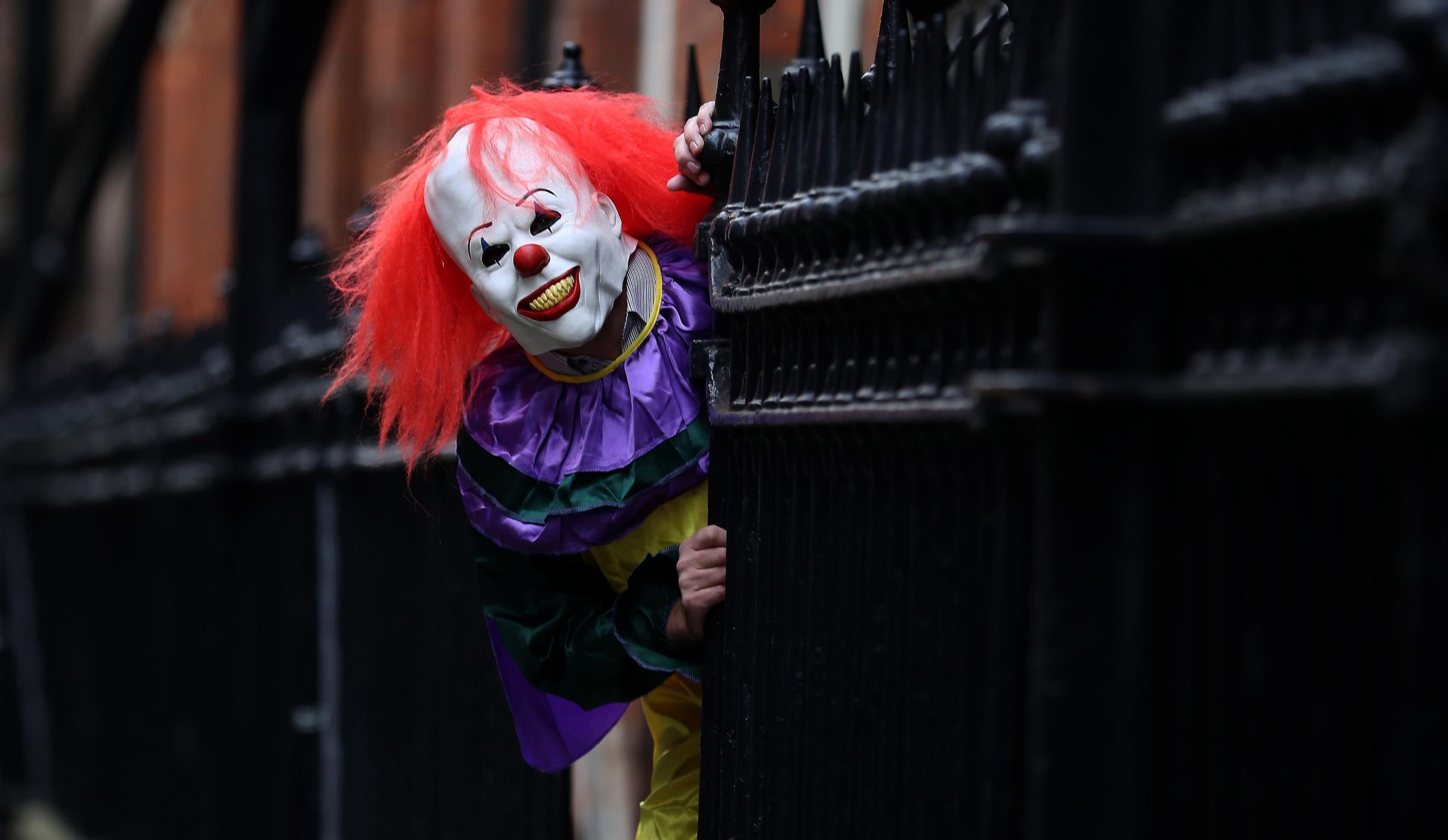 Some people suffer from the fear of meeting someone unknown. They feel uncomfortable to talk to strangers and thus they get conscious. They hesitate and often remain quiet when they encounter new people. These kind of people are introvert or we can say they are antisocial.

When they encounter clowns they scream and shout in fear as clowns appear as a stranger to them with the ugly looking costume. 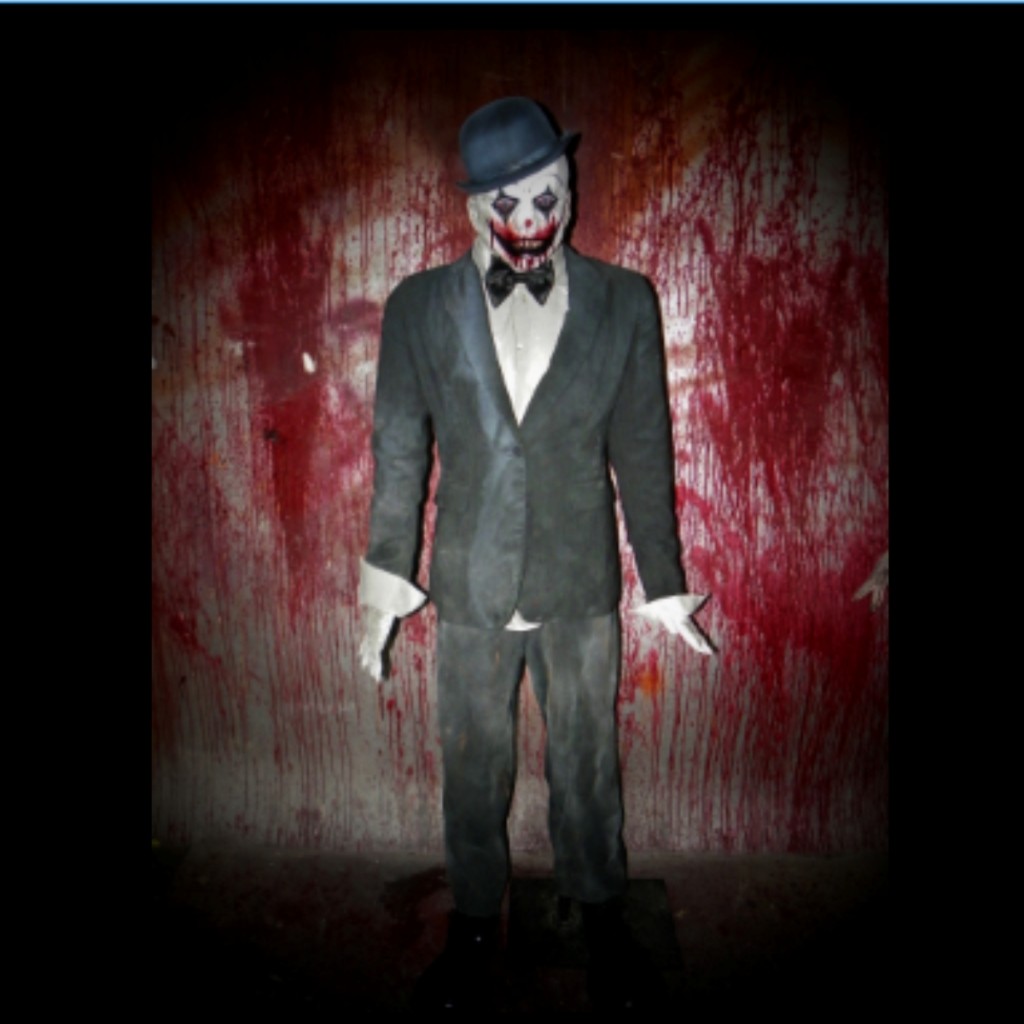 The activities done by the crown are always unpredictable. You may never know their next move and their acts. They do things which are beyond the normal people's imagination. Thus clowns are said to be incalculable and the acts performed by them on the shows are uncertain. 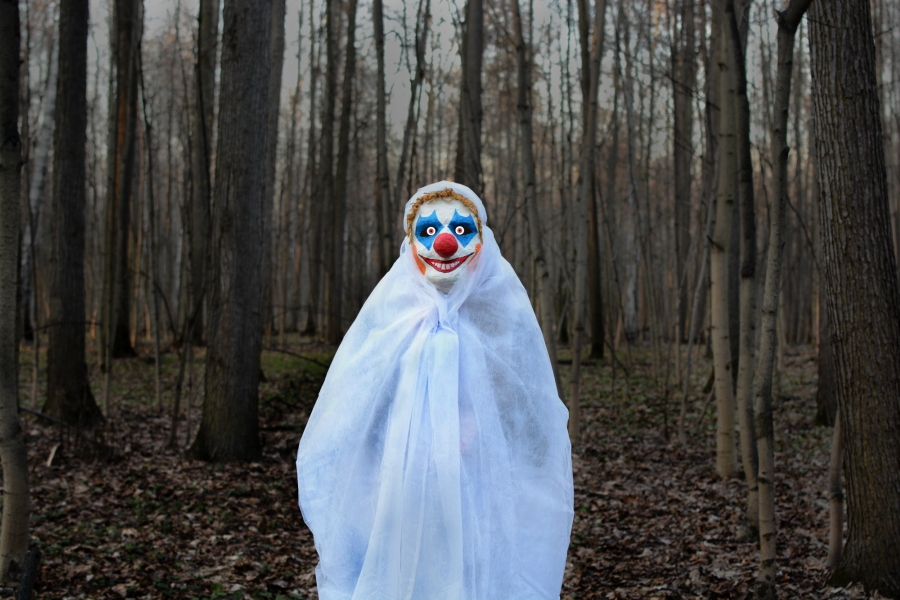 Have you ever imagined a clown or its activities? No, I am sure you definitely have not. Because they are unimaginable be it their scary appearance or their nonsense acts. Imagining clown and its prediction is doubtful activity.

7) They Aren’t Funny Any More 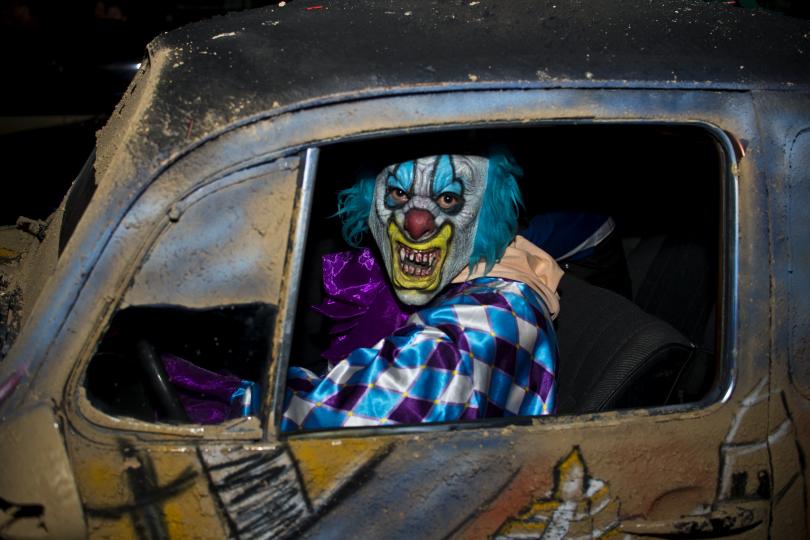 The clown nowadays does not do funny activities rather they hurt the sentiments of the humanity by their stupid and silly acts. And moreover if we take the example of an average man then they would not laugh at the nonsense activities or stage shows of the clowns rather would find some other way of getting surrounded with happiness. 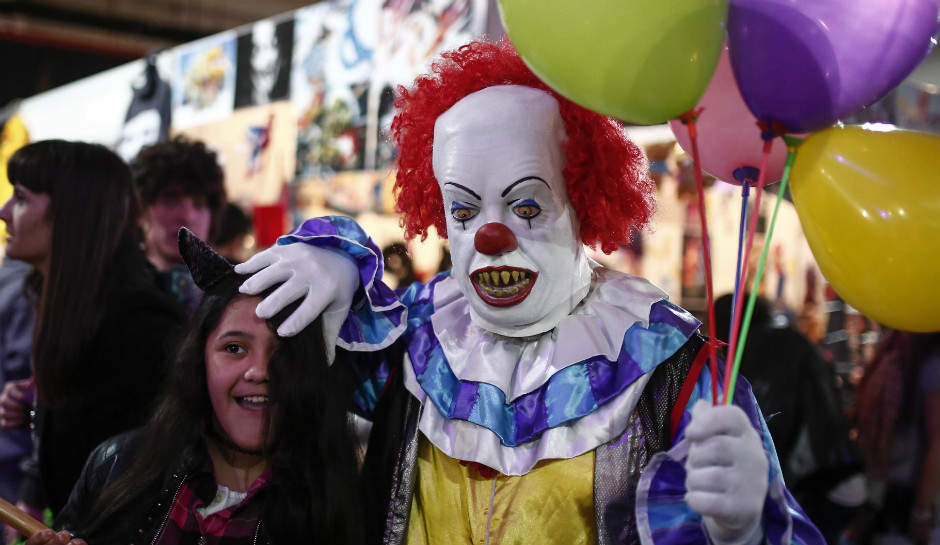 In popular culture, fear of clown is not new, clowns have to get ready for their ugly appearance regularly which has become a part of their life. The clowns are grim and ugly all day yet they make people laugh with their funny acts.  Nobody loves to do such an act by themselves until and unless they are needy. 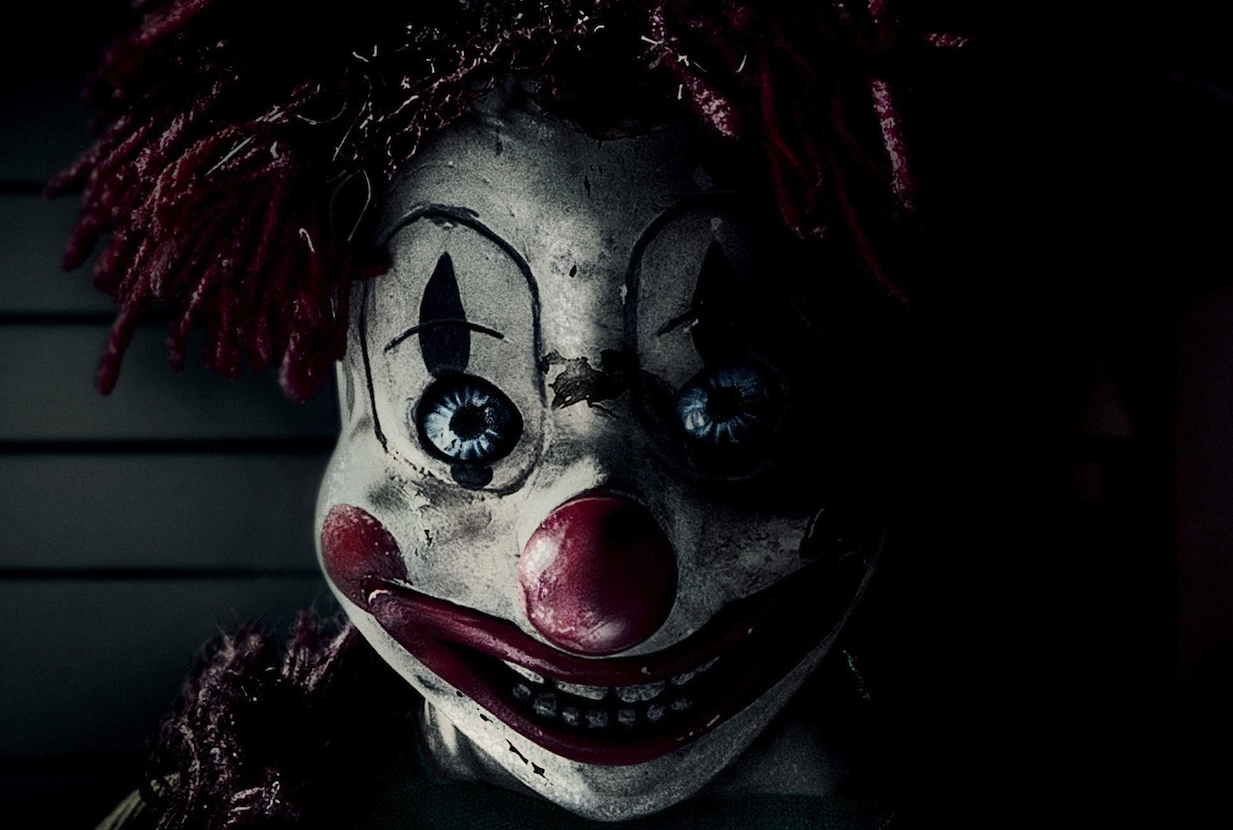 When clown has makeup on, they seem to be in the character whole day. They look creepy and horrendous even more than the grave or the funeral ceremony. Thus people feel uncanny and discomfort when are surrounded by the clowns. They are scary and thus it becomes difficult to sympathize with them. 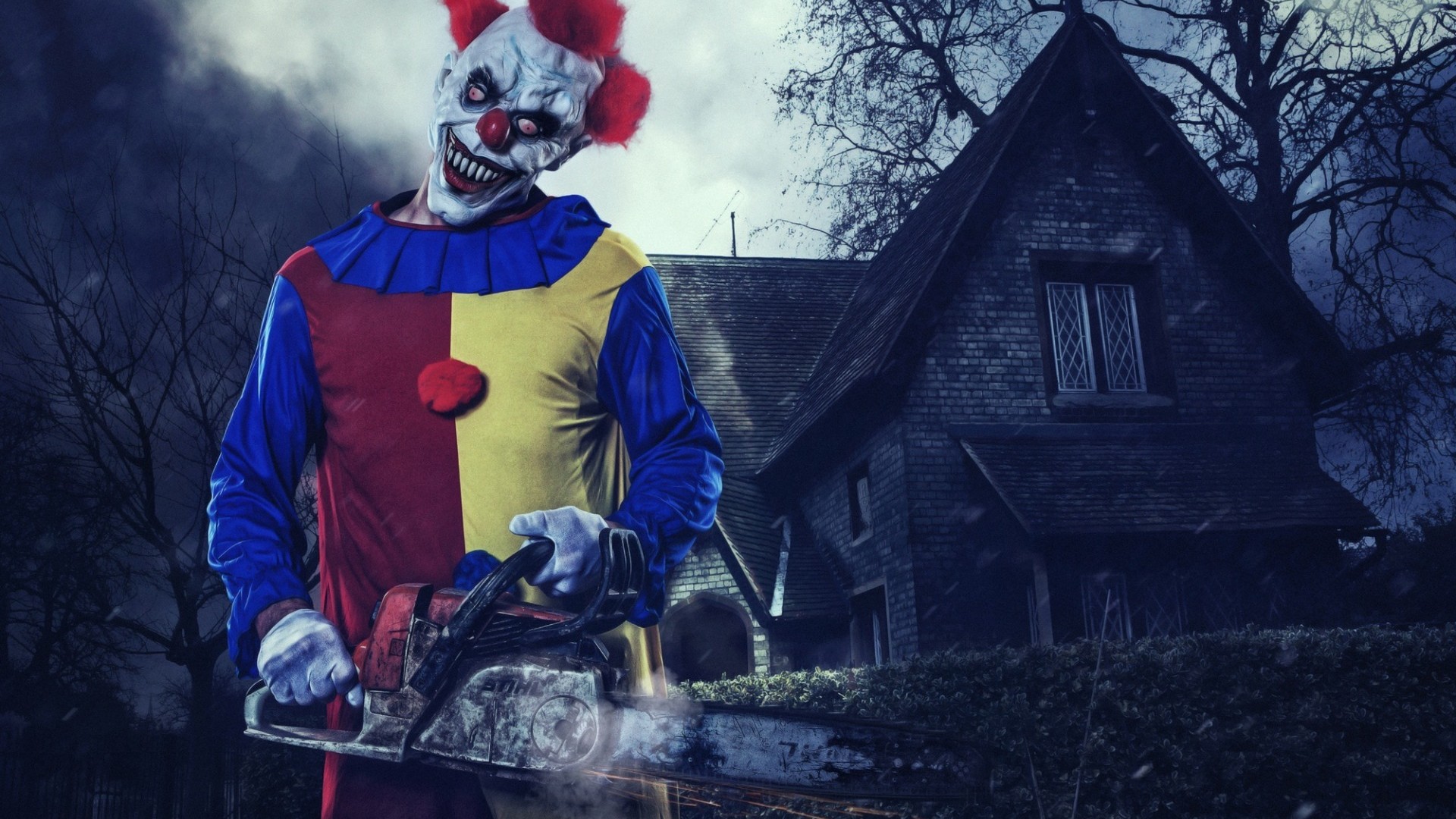 Sometimes it happens with the audience watching the show that they do not find things applicable to laugh at. The children and the adults often see the things as if they are connecting with the life of human beings.

They become emotional and sentimental when things hurt them. The children feel better about themselves if they laugh at silly things of the others.

They bully others and start feeling superior and take others inferior.Thus the inferiority and superiority complex is the another reason why people have a fear of clown. 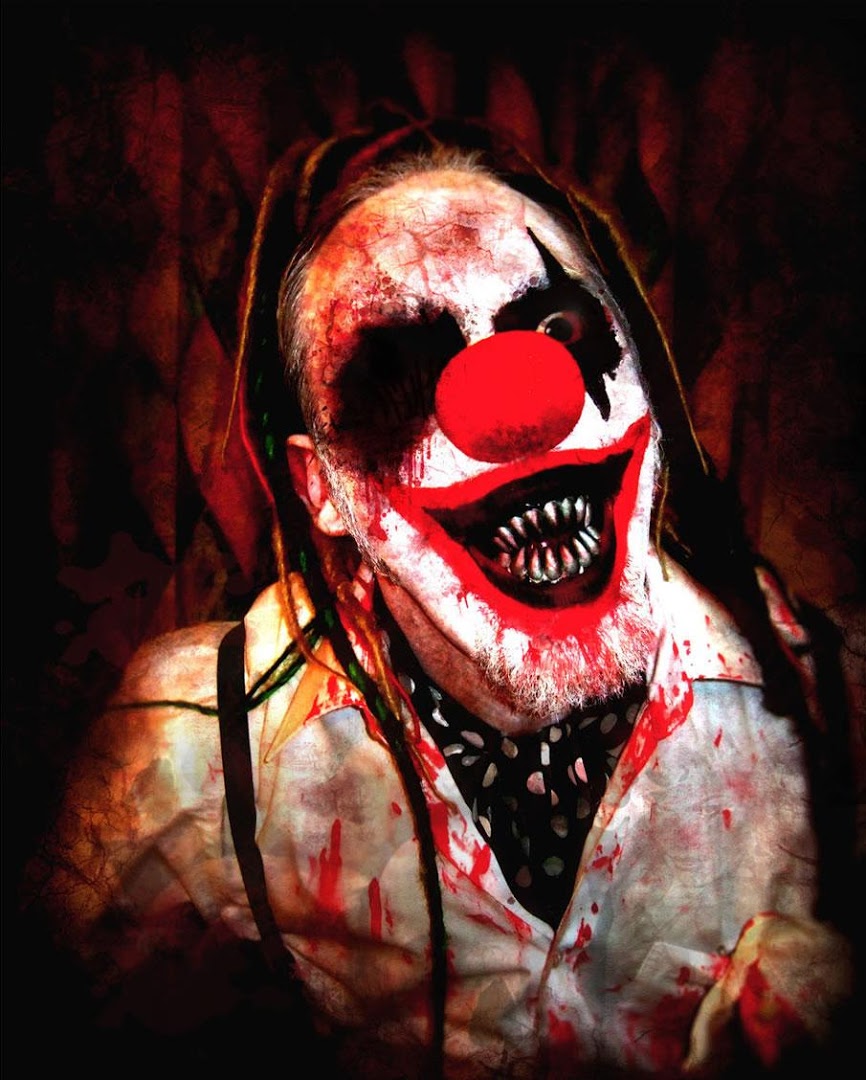 Phobias are part of human nature we are often scared of some things or the other. Fear of clowns are one of the most popular phobias due to its large number of sufferers. (3.1)

Butt Chugging – An Insane Or Precarious Way Of Consuming Alcohol?