Several stand-up comedians make the audience laugh with their comic stories and funny incidents. Check out these funniest celebrities who are not comedians but actors and should change their career.

Celebs have become an integral part of everyone's lives. People watch their movies, stick to their lifestyle, and follow them now and then.

But they are ordinary people like us. They also have some weird habits and phobia of cockroaches. The only difference is that they are already a billionaire, and you are still working to earn a million. Not many of you know that several celebs whom you watch in films and TV shows are extremely brilliant and have a high Intelligence Quotient.

You have watched several comedy shows on TV or attended live stand-up, but several celebs could make you laugh without opting comedy as their career. What’s surprising is, they are serious actors on screen and comedians off-screen. Let’s check out who all these are. 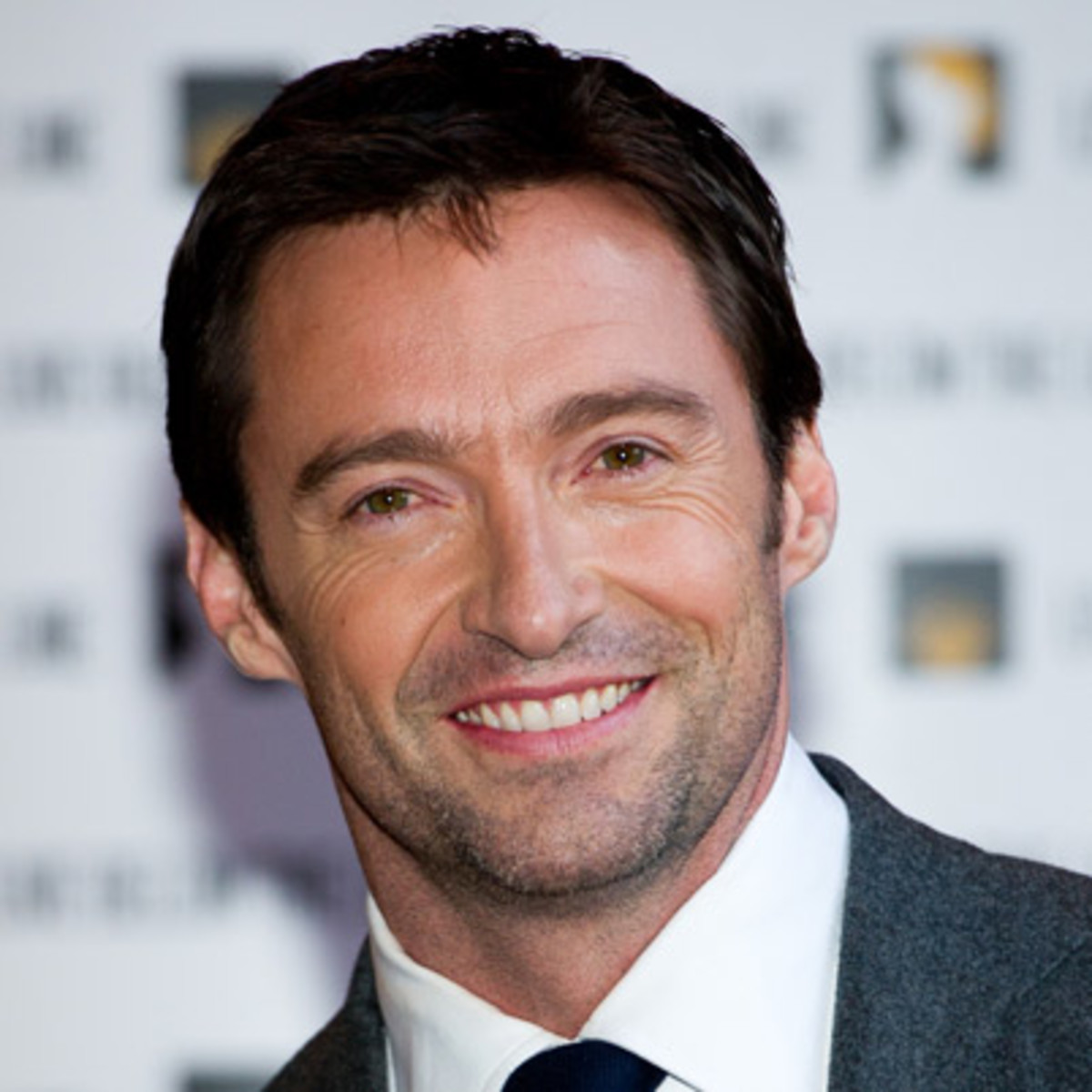 Hugh Jackman, who is well-known for portraying Wolverine in the X-men film series, is also a singer and producer. Do you know he also holds a Guinness World Record for the longest career as a live-action Marvel Superhero? From 2000-2018, he played as Wolverine in the film series.

Other films for which he is recognized are Van Helsing, Australia, The Greatest Showman, and others. He must be admired for playing superhero roles, but off-camera, he is funny. Whether on a chat show or while sharing Instagram stories, he shows his other side that is not known to his fans. If you haven’t watched his Instagram account, go and check it right now. 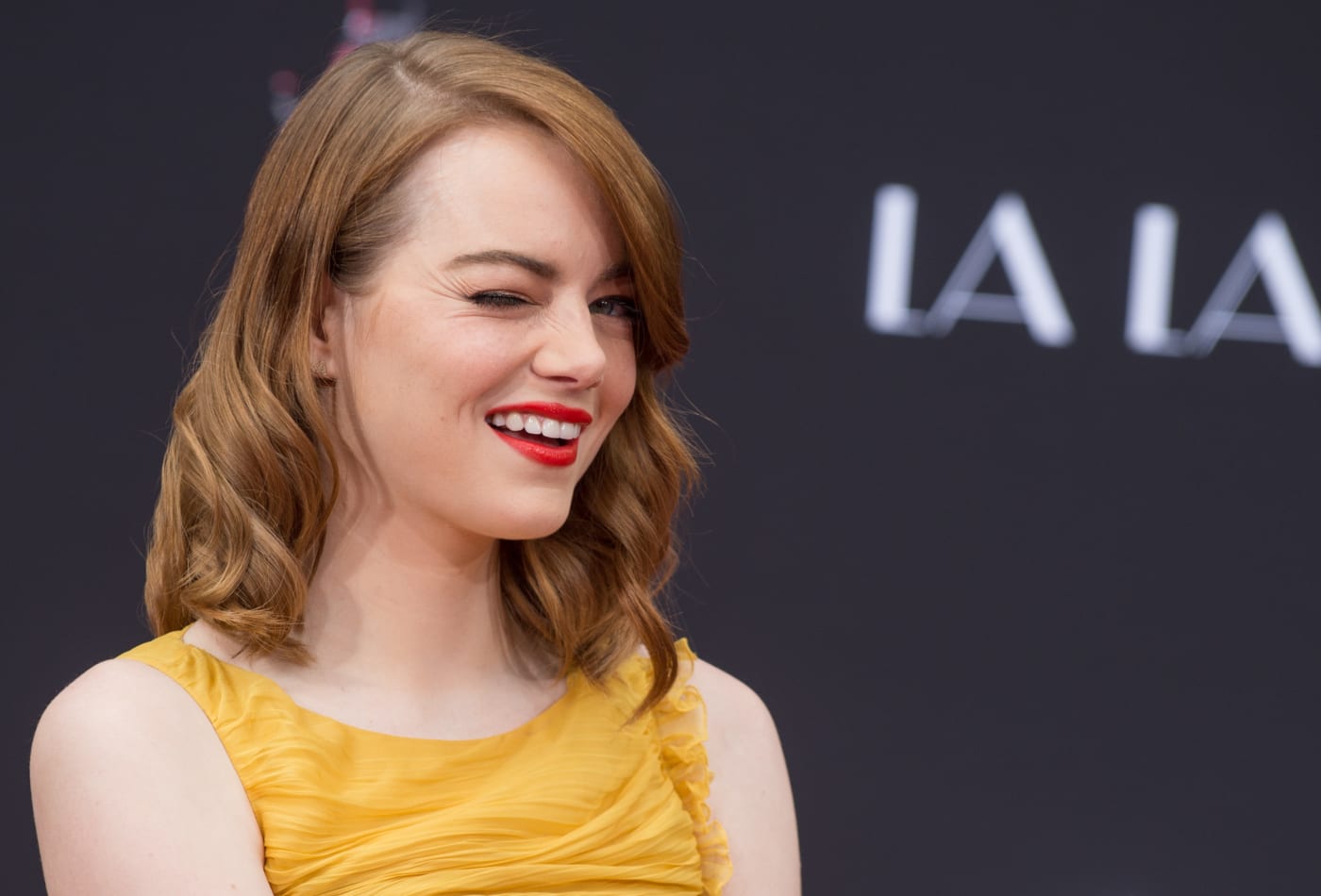 Emily Jean, or popularly recognized as Emma Stone, is a gorgeous and multi-talented American actress and a recipient of several accolades like Golden Globe Award and Academy Award. You could see her smiling, laughing, and making crazy faces in every picture she shares on social media.

Apart from being a beautiful and talented actress, she is also an incredible host. Emma appeared in Forbes Celebrity 100 in 2013 and 2017 and also featured as one of the 100 most influential people in the world by Times. She gained her recognition as Gwen Stacy in the superhero film The Amazing Spider-Man. She is a nerdy, cool, and crazy girl, who knows how to live every bit of her life. 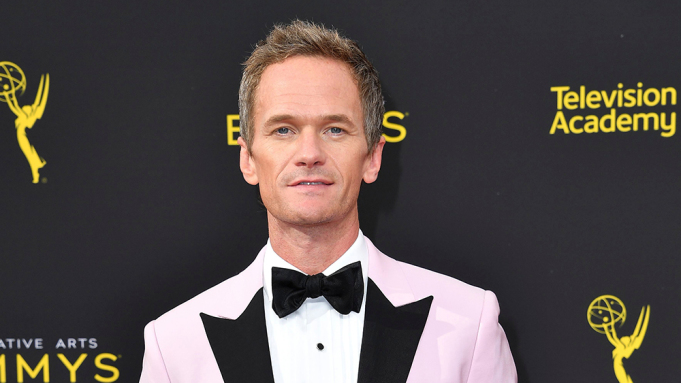 You must recognize him as a magician, singer, writer, and producer. Or you might have heard his comedy gigs once in your lifetime. But he is not a comedian by profession. He made us laugh as Barney Stinson by showcasing his magic skills.

NPH is also a talented host and has hosted the Tony Award for several years, for which he received four special class Emmy Awards. You might not have read anywhere, but Neil was named among Time magazine’s most influential people in 2010.  You would be shocked to know that he came out in public as a gay and said,

“I am happy to dispel any rumors or misconceptions and am quite proud to say that I am a very content gay man living my life to the fullest and feel most fortunate to be working with wonderful people in the business I love."

He began his career as a child artist and was discovered by Mark Medoff at a camp in New Mexico. 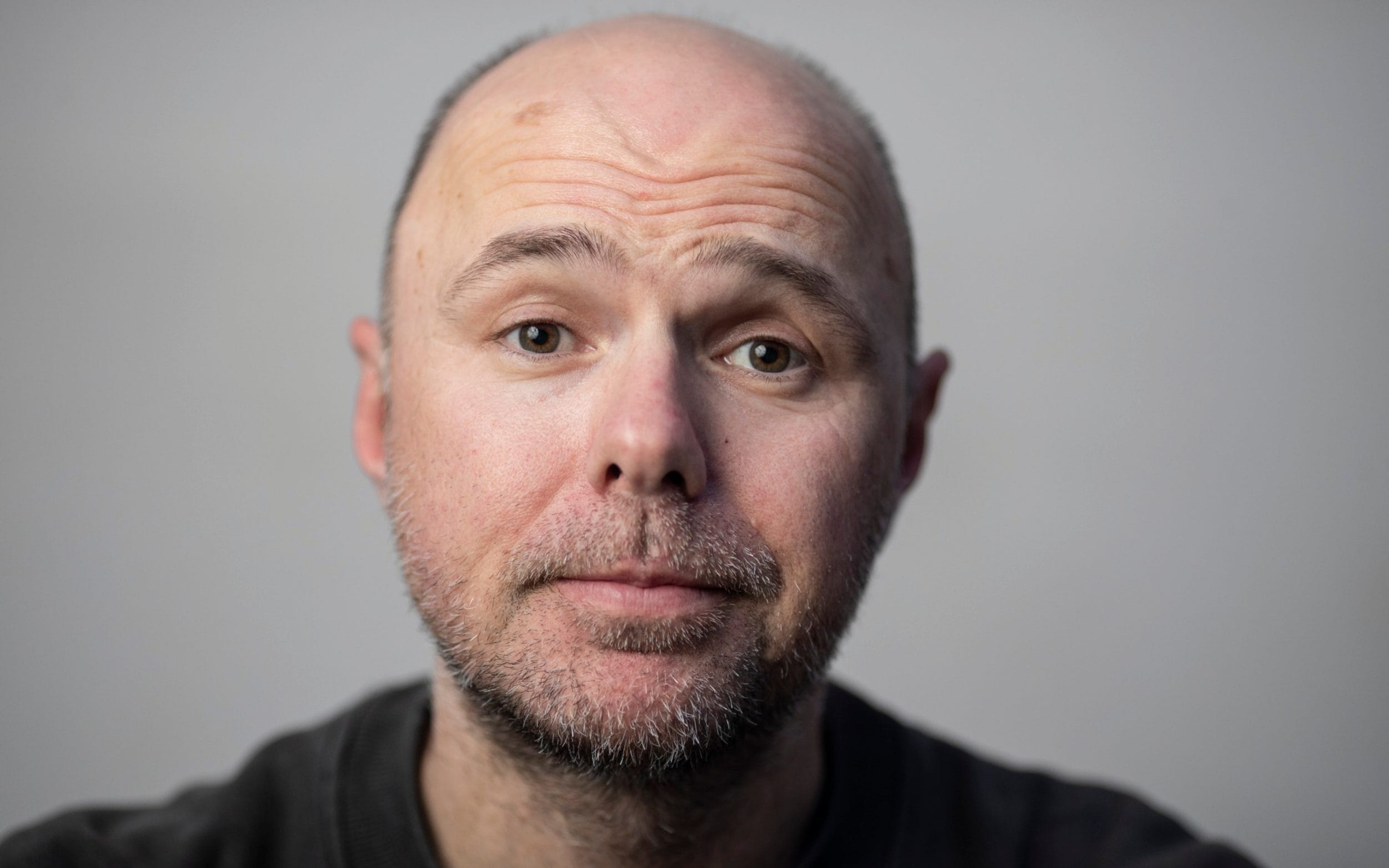 Born on 23rd September 1972, Karl is a multi-talented personality. He is tv presenter, radio producer, voice actor, actor, and comedian. You might know him as a comedian by profession, but do you know he became a comedian accidentally?

Earlier, he worked as a producer with XFM Radio show and was later promoted to head of production. The team realized how funny he is. From then, he made everyone laugh on his podcast. Now everyone waits for this iconic trio of Ricky Gervais, Stephen Merchant, and Karl to reunite.

He appeared on the Ricky Gervais Show and made his full debut on Gervais’ 2012 comedy-drama series. He is one of the funniest celebrities who is known for his great sense of humor. James Hillier Blunt, or popularly named James Blunt, is a singer, songwriter, record producer, and musician. His first album sold over 11 million copies worldwide and became popular on the UK Albums Chart. He owns two Brit Awards, five Grammy Award nominations, and a Doctorate for music in 2016 by the University of Bristol.

Do you know why he is on our list of the top funniest celebs? No, he is not a comedian but a hilarious professional troll baiter. He responds to the negative comments against him hilariously. Instead of taking the negative comments seriously, he responds comically. If you haven’t read any of his Twitter comments, go and check a funny banter of James with his critics. Indeed, his fans can’t get enough of him. 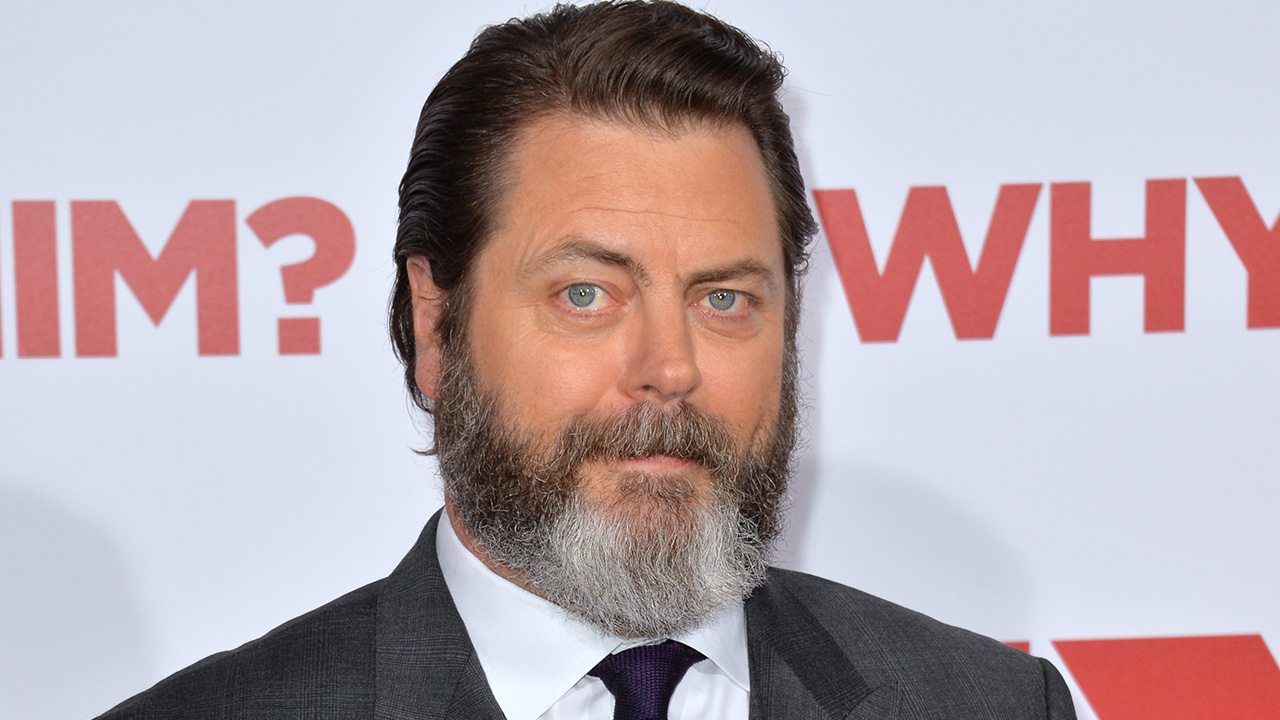 Nick Offerman is a popular producer, woodworker, actor, and comedian. He is recognized for his role as Ron Swanson, which he played in a sitcom television series Parks and Recreations. He even received the Television Critics Association Award for Individual Achievement in Comedy. Nick got married to Megan Mullally in 2003.

They did a live comedy tour in 2016, and the theme of comedy was their sex life. They got an immense response to this theme and worked together for several shows. Nick Offerman is hilarious and a charming actor, who would be known for his funny talks forever. 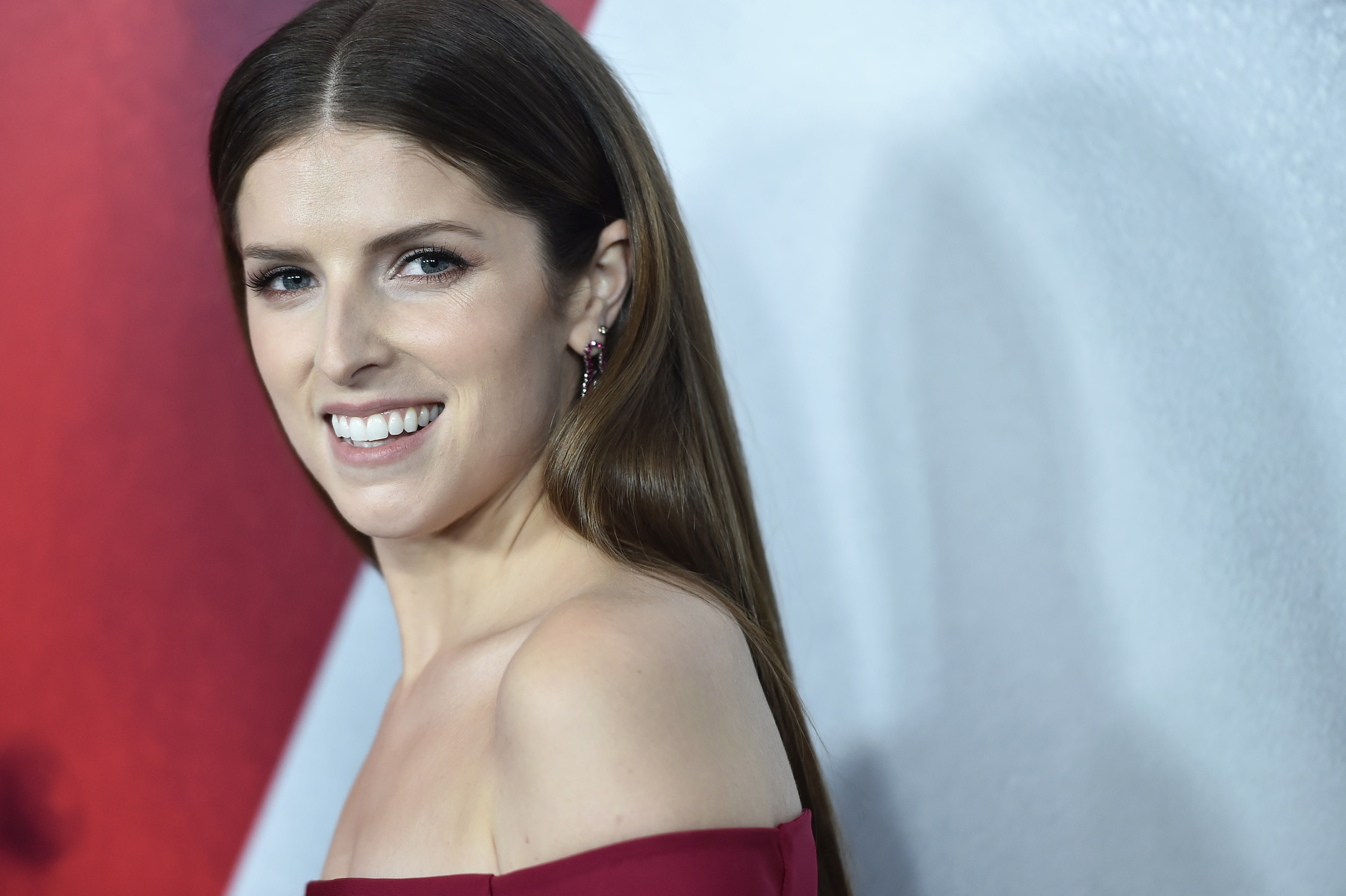 After reading her Twitter conversations with her friends, you would wish to be one of her mates in her Twitter club. Anna Kendrick is a gorgeous American actress and singer. She began her career as a child artist in theater productions. Later, she made her film debut in the musical comedy Camp. She gained fame after she appeared in The Twilight Saga.

Furthermore, when she appeared as Beca Mitchell in the Pitch Perfect Series, she gained more followers. Anna is multi-talented, and surprisingly, a celebrity who knows how to make the audience laugh by commenting hilariously on social media. Which Anna Kendrick movies do you like the most? I agree you can’t choose one. 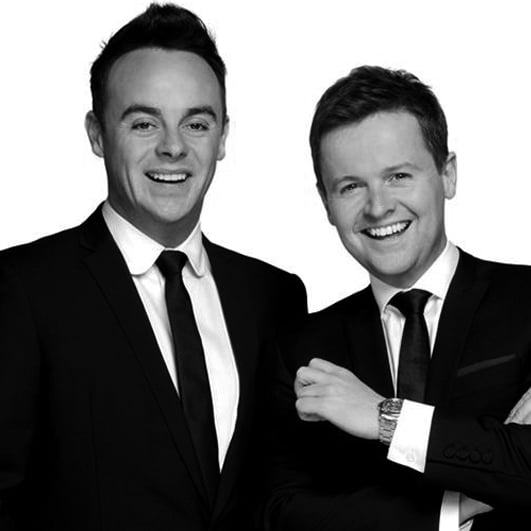 This TV presenter duo is considered to be one of the best funniest celebrities ever. They are comedians and rappers. Anthony McPartlin and Declan Donnelly formed Ant & Dec after they met as actors on CBBC’s drama and performed together as musicians. Since then, this popular duo pursued their career as a television presenter and hosted several TV shows.

Friends Like These, Red or Black, Ant & Dec’s Saturday Night Takeaway, Text Santa, are a few shows that his duo hosted. In a 2004 poll for the BBC, the duo was named as the eighteenth most influential people in British culture. We hope that this awesome duo does not retire anytime. 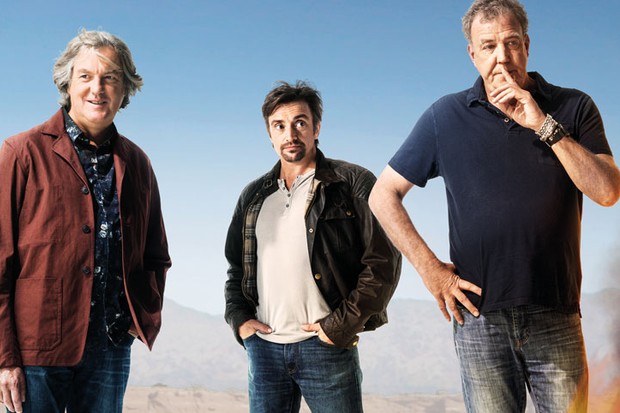 I don’t think there's anyone who hates this trio. When they are together, they make you laugh out loud. You won’t believe it, but these three haven’t taken any training in comedy but know how to make the audience laugh with their sensible and lame jokes. Jeremy Clarkson is a journalist, English broadcaster, writer, and is best known for co-presenting the motoring programs.

Furthermore, he writes weekly columns for The Sunday Times and The Sun. James May is also a Tv presenter, journalist, and director of the production company W. Chump & Sons. Richard Hammond, along with these two, launched the automotive social media website Drive Tribe, where he provides content on his tribe Hammond Fob jockeys. Richard also presented several TV shows like Total Wipeout, Planet Earth Live, and others. 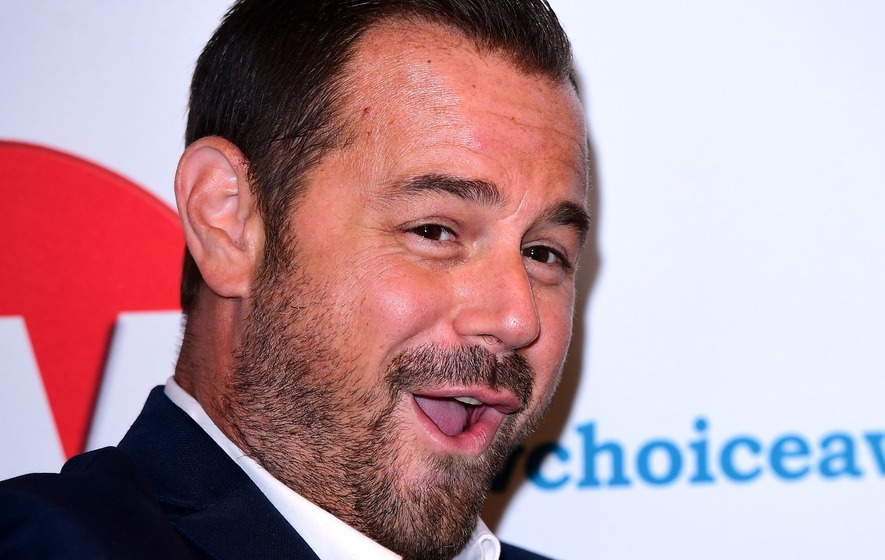 Danny Dyer is a TV presenter and actor. He might not be funny all the time but cracks jokes often. He got a break in Human Traffic with other roles in Mean Machine and The Football Factory. In 2013, Danny joined the cast of the BBC soap opera East Enders.

Earlier, he declined this role and revealed in his biography that he wouldn’t be joining this cast until he was bald and fat. Later, he won the Serial Drama Performance award at the National Television Awards in 2015, 2016, and 2019.

I sometimes wonder how celebs are multitalented? They act, sing, become producers, and do several things all at once. They act serious on-screen and live normal back screen. Celebs play many shades in their one life. Here are a few celebs who act as villains in movies but are badass comedians in real life.

These funniest celebrities have shown the other side of the curtains. Do you know other celebs who are funny as hell? If so, share their names.