Do you want to explore other universes? Are those people even humans? Get under the skin of these weird and complicated characte... 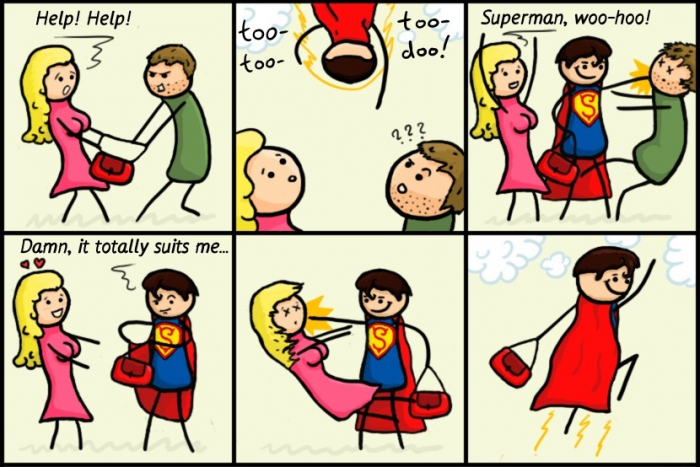 Do you want to explore other universes? Are those people even humans? Get under the skin of these weird and complicated characters. Rekindle the love that you once had for illustrated drama.

Thousands of comic books come out in print and digital form every week. People from the land of words and pictures might need to figure out what they like. Even if you are an ardent reader in the present, the thrill of oldies remains intoxicating. So, we have come up with a checklist of comic series that will bring back all the memories of your childhood. These picks have come out of much debating and soul searching. If you think we have left any, let us know in the comments below.

Here is the checklist of best comic books from all time. 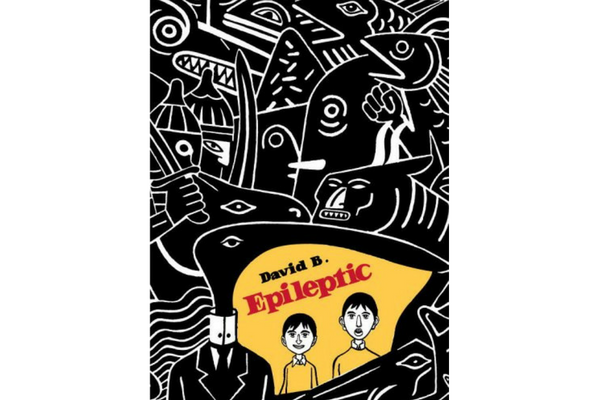 Europe’s most important and innovative comic artists David B. has created a masterpiece. It is an autobiography about growing up with an epileptic brother. This graphic work is stunning and emotionally resonant. The internationally acclaimed comics has all its six volumes available in English. 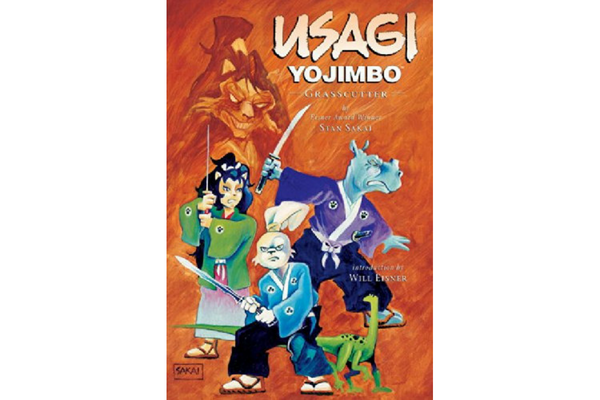 This sweeping epic is Stan Sakai’s longest and most ambitious Usagi tale. It is primarily set at the beginning of the Edo period of Japanese history. Humans are replaced by anthropomorphic animals in this comic book. Usaji Yojimbo is a masterless samurai who faces deadly struggles in order to acquire the lost sword of the Gods in this issue. Sakai owns one of the individual artistic voices whose creative skills are at peak in this creation. 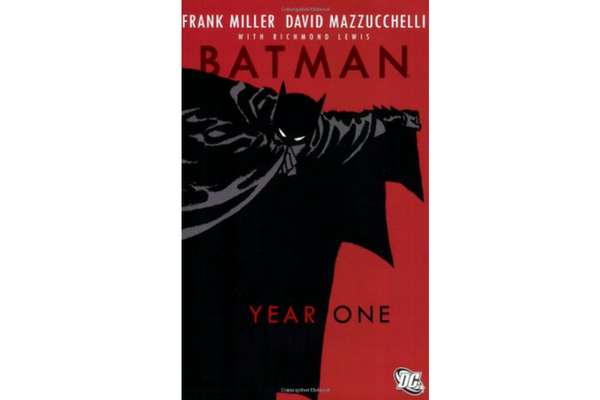 For all the comic book and Dark Knight fans, this book is a treat. Frank Miller’s writing has created this masterpiece in 1986 about the origin of Batman.  Miller has kept the theme going into the back story of Batman and how he became so. The book creates a fresh vision of Batman.

22. A Contract With God Trilogy 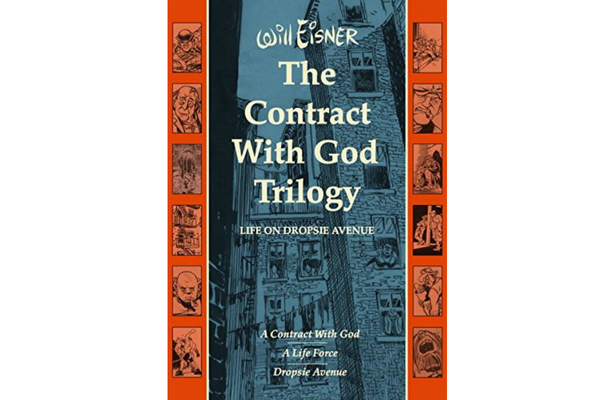 The Contract With God Trilogy is a mesmerizing and fictional chronicle of universal American experience. It is Will Eisner’s most poignant and literary legacy. The title story begins with a man who loses his faith in God after the death of his adopted daughter. There are three issues in this series. This graphic novel marked the beginning of an era when stultifying comic book format could be consolidated with serious cartoonists. 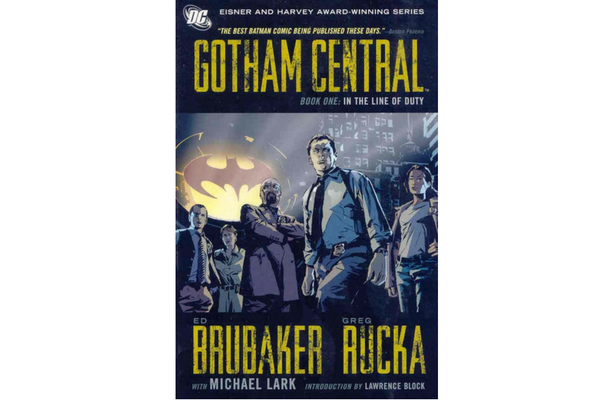 A police procedural comic book series which is published by DC comics. It is written by Ed Brubaker and Greg Rucka. The story focuses on Gotham City Police Department and the difficulties their officers have to face while working and living in the home of Batman, Gotham. 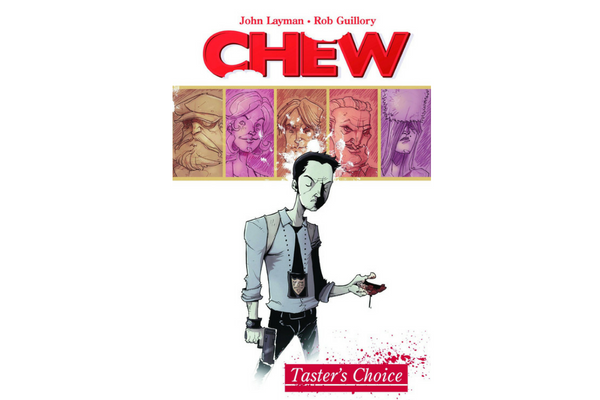 Tony Chu is a detective with a secret. He is Cibopathic that means he gets psychic impressions from whatever he eats. The most powerful law enforcement agency on the planet FDA (Food and drug administration) has brought him into the Special Crimes Division for investigating the strangest and most bizarre cases. 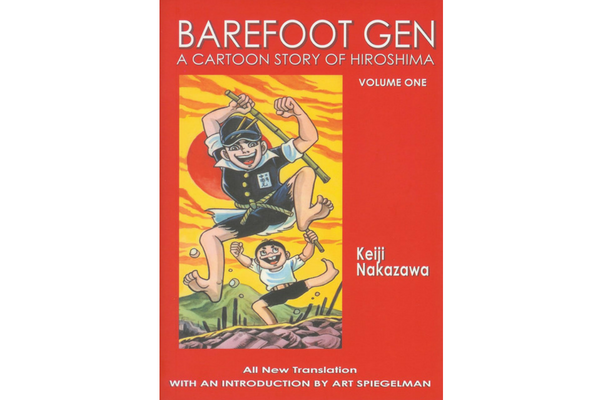 The harrowing story of Hiroshima is written by Keiji Nakazawa. It is an all new translation of the original Japanese manga series. Author shares his first experiences of the war sufferings of Hiroshima and its aftermath. The emotions and experiences speak to every adult and children. 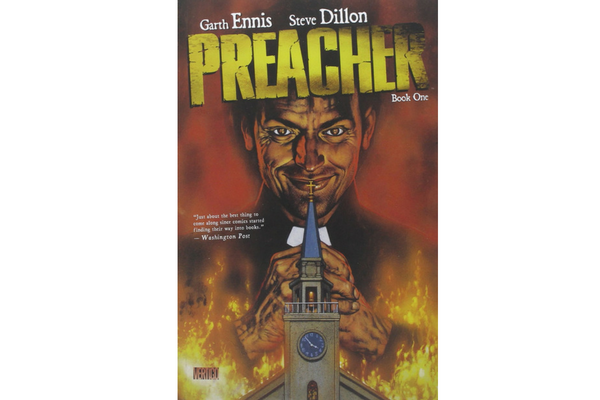 Preacher was one of the most celebrated comic titles in late 90s. The modern American epic relates to life, love, death and redemption. It is also packed with sex, booze, bullets and blood. Angels, demons, vampires, god and deviants are an unmentionable part of the comics. 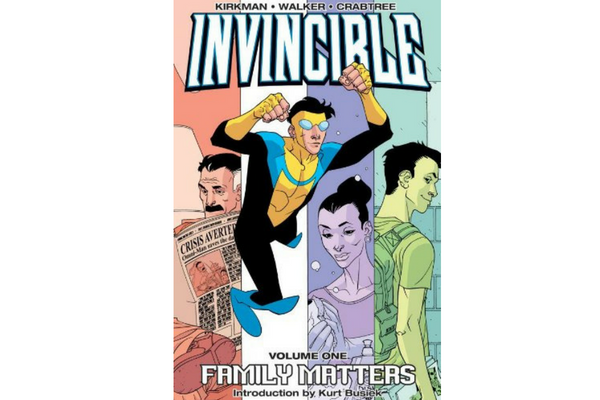 Mark Grayson is just like everyone else of his age. The only difference is that his dad is the most powerful superhero on planet and Mark inherits those powers. Using this hang of heroic stuff, Mark thwarts super villains, alien invasions and every possible craziness. 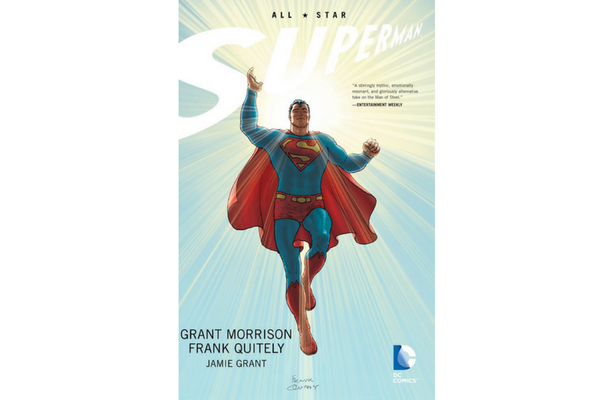 All Star Superman is a unique and elegant interpretation of the original and most recognizable superheroes. The creative team takes superman back to basics and creates a new vision of world’s first superhero. Collect all the twelve issues and witness the exciting new adventures of Man of Steel Along with Lex Luthor, Bizarro and many more. 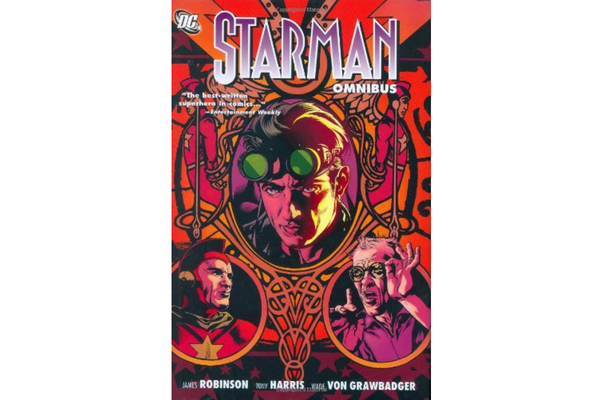 The superhero series Starman is renewed in these stories. Jack Knight inherits the name and powers of his father’s Starman identity from his elder brother who is dead. He reinvents the look of Starman and along with the heroic inheritance, he also makes some foes. 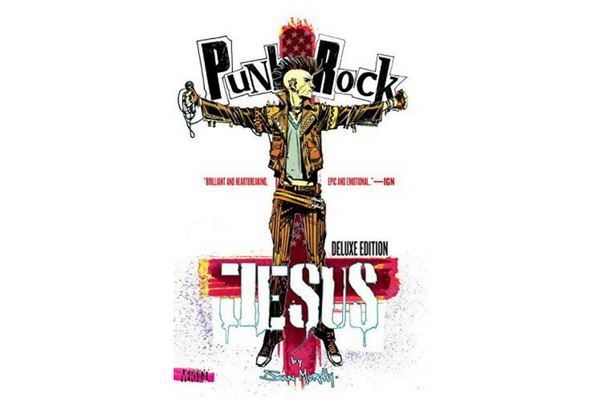 This is a new graphic novel written and drawn by Sean Murphy. A reality show that stars a clone of Jesus Christ causes chaos across the Unites States. Murphy has constructed a world where science and religion combines again as Jesus walks the Earth. A honest and challenging sci-fi story would make you question your beliefs. 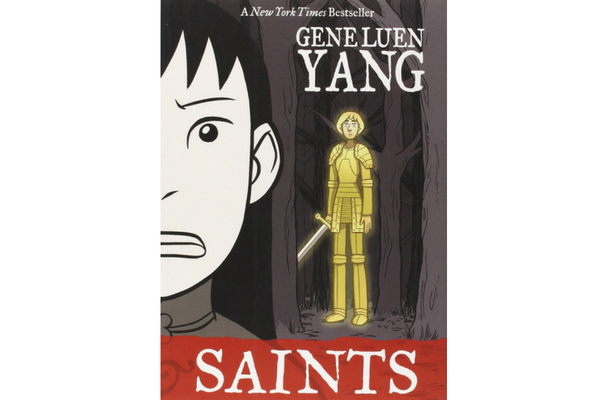 Little Bao has had enough in China in 1898. Foreign missionaries and soldiers are roaming around and bullying and robbing the peasants. Bao harnesses powers of ancient Chinese gods and recruits an army of commoners trained in Kung fu, the Boxers. They fight to free China from foreign devils. They become successful against all odds but the cost of winning is too high. 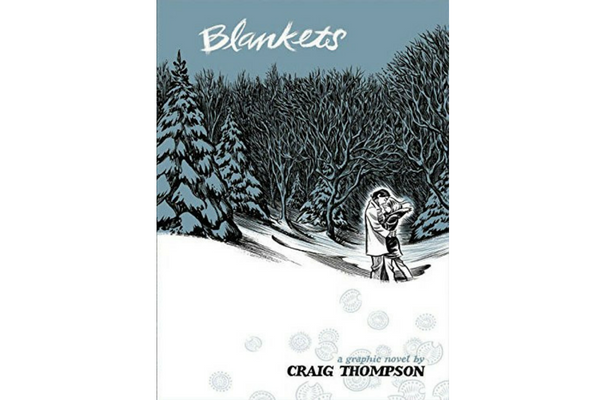 Blankets may be the single largest graphic novel published without being serialized. Wrapped in the blustery winter landscape, blankets is a tale of security and discovery, grace and faith, playfulness and tragedy. Sibling rivalry of two brothers and budding romance of two lovers is the plot of the book. 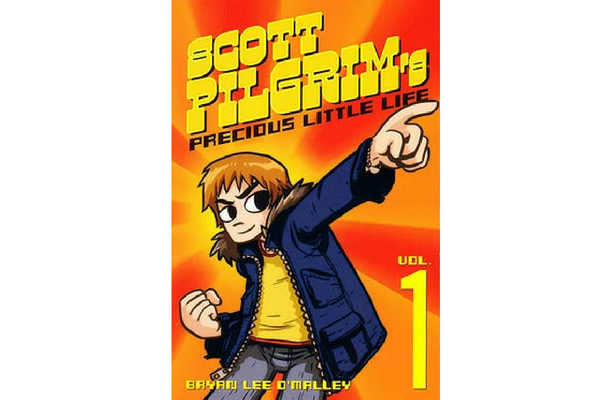 Scott Pilgrim is 23 years old. Nothing could go wrong. He’s in a rock band. He’s between jobs and dating a cute highschool girl. Scott’s awesome life turns upside down when a dangerously fashionable delivery girl starts cruising through her dreams. 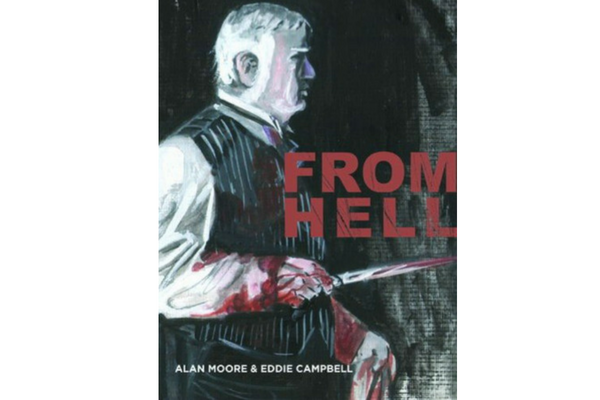 Legendary comics writer Alan Moore and artist Eddie Campbell have created a hallucinatory gripping crime fiction about Jack The Ripper. From Hell is a modern masterpiece of crime noir and historical fiction that details the events of White-chapel murders and followed cover-ups. 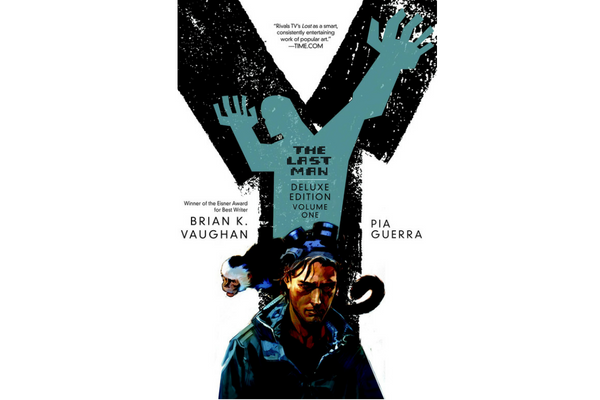 Y is the only male human left after a mysterious plague kills all the Y- chromosome carriers on Earth. But was he still alive? He tries to find out the answer while running from various threats. The Vertigo team has given us a great read. 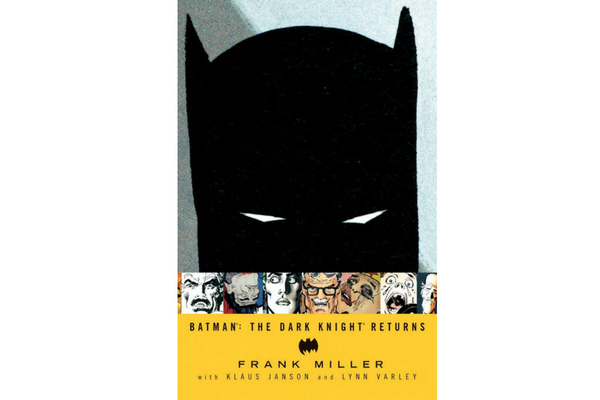 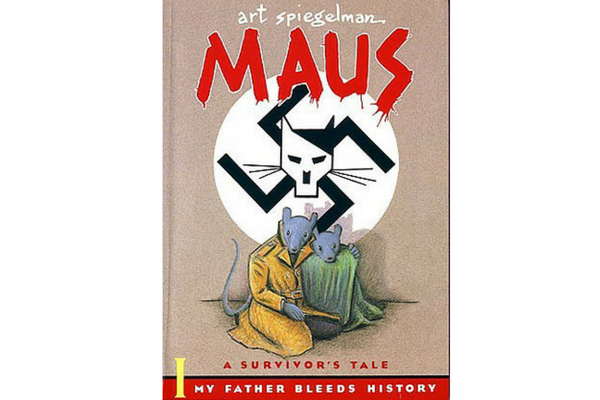 Maus is the story of a Jewish survivor and his son who try to find out their father’s story and history. 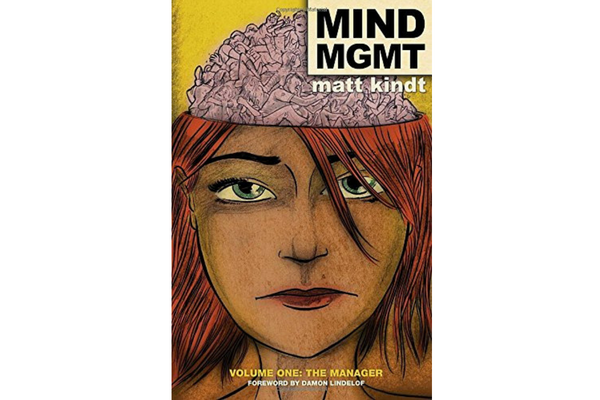 Matt Kindt has the most original voice in genre comics. He has portrayed great work in this comics. In a flight where everyone has lost their memories, a young journalist stumbles into the top secret Mind Management program. She attempts to find the man who was MIND MGMT’s greatest success who is missing from the flight. Where people can rewrite reality, can she trust all that she sees? 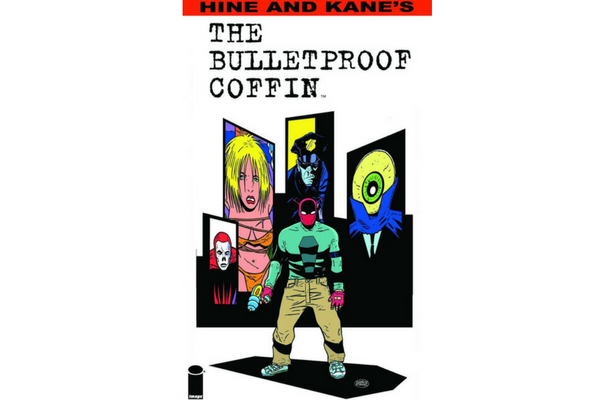 Legendary Kane and Hine return to their greatest editions. This comic book will help you relive the Golden Age of comics. 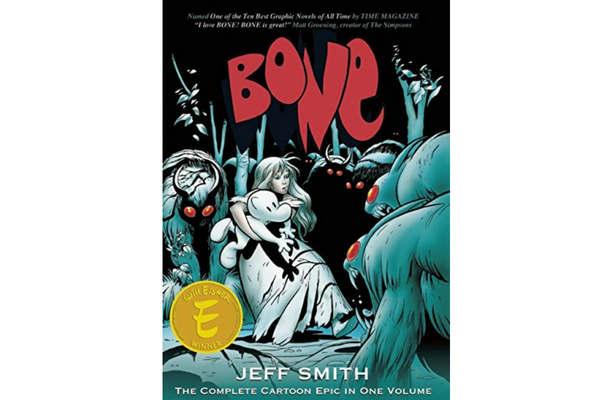 Bone has won several international awards across many countries. Three bone cousins lose their way in vast enchanted desert. Separated from each other, all three find their way into deep forested valley packed with wonderful and terrifying creatures. It will be the longest but funniest year of their lives. 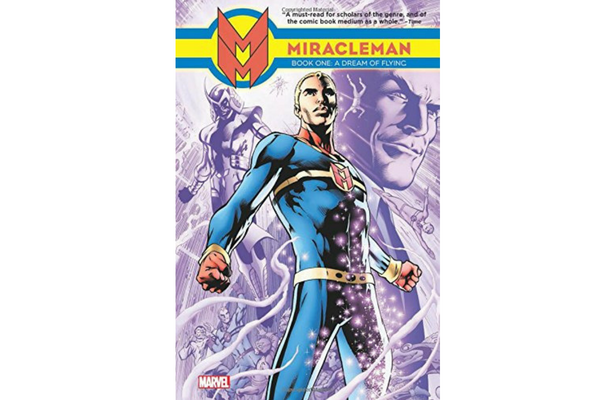 Michael Moran is a freelance reporter who always knew his existence was for some other purpose. Unexpected events reclaim his destiny as Miracleman. After two decades Miracleman discovers his origins and their connections. Michael must reconcile his life. 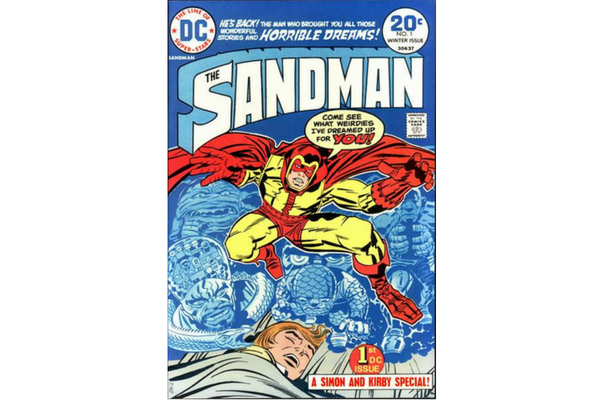 Sandman is often hailed as one of the finest achievements in graphic storytelling. Neil Gaiman has created an unforgettable tale of forces by weaving folklore, ancient mythology and fairy tales using his distinct narrative vision. 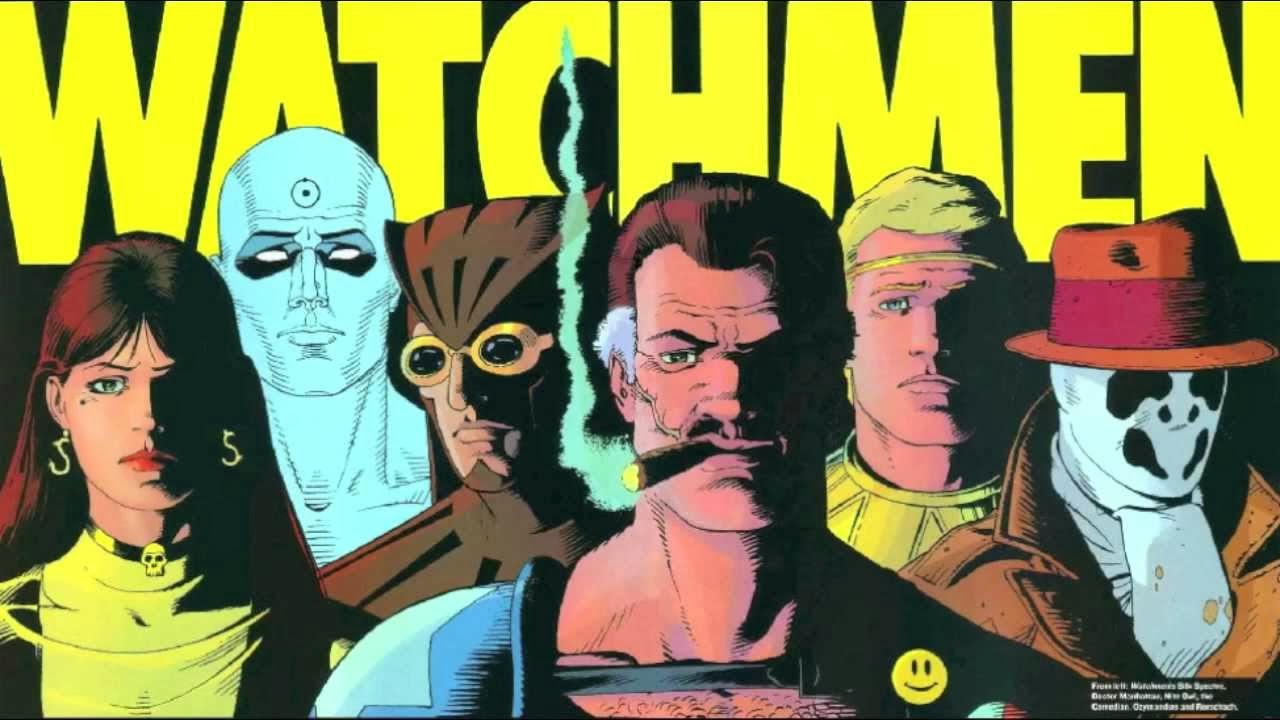 One of the greatest graphic novels in history, the story is Hugo award winning. It chronicles the fall of super heroes plagued by human failings. The heroes are stalked by an unknown assassin who dissects the way of superheroes. This comic book is amongst the most influential graphic novels and is studied in college campuses.

All images sourced from Amazon.com