Top 12 Craziest & Scariest Water Slides and Parks in the World

If it is about vacation or holiday fun, why settle for ordinary places! Let’s explore something new, something crazy this time. So, here we are with the list of 12 craziest plus scariest water slides and parks in the world. Have fun! 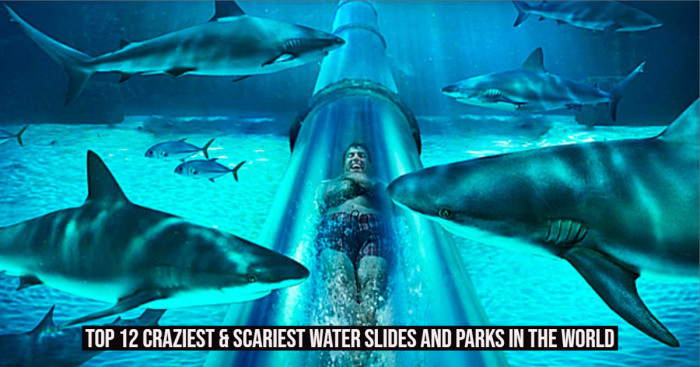 Are you making holiday plans and looking for wonderful water slides and parks to roam around? Then, start your vacation and make your way out to the nearest available mode of transport and head to one (or all) of these craziest water parks in the world. You can take a dip, sit back, relax and let out a sigh of relief. No doubt, life is too short to be sitting on the shore to play with water.

No wonder, spending a day at a water park means a lot. So, why settle for just any water park? Here, we are mentioning scariest as well as craziest water slides and parks in the world. Have a trip you can remember when you look back instead of having an ordinary one. So, let’s head to those locations which feature some of the world’s scariest or craziest rides.

Here is a list of 12 craziest and scariest water slides and parks in the world. 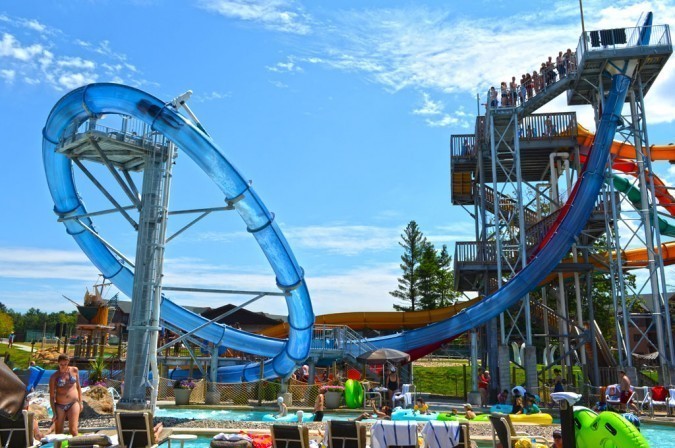 Well, one of the few water slides to highlight an approximate vertical loop-the-loop is the Aqualoop, Mexico. At first, riders start by standing on a doorway at the top. The speed of the drop is up to 60 kilometers an hour to make it around the loop.

"With the unique slide path, we had to optimize the shape of the loop to maximize the range of riders that could use it while making sure no one got stuck."

One other feature of this water slide is the transparency which may also prove to be embarrassing to some. The location of the park is about 90 minutes by highway (106 kilometers) in the southwest of Mexico City. 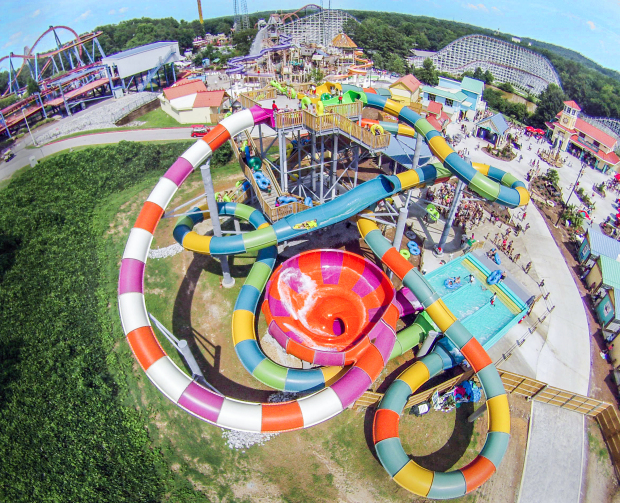 It is one of the most dangerous rides as its name suggests. It is also named as world's first hybrid zero-gravity slide. It characterizes a five-story drop and a ride in a whirlpool bowl which spins at around 360 degrees.

Moreover, towards the end of the ride, the pièce de résistance comes when riders are swept down an enclosed tube into a 40-foot-wide bowl. And,  there they possibly experience “a moment of zero-gravity."

The idea of the ride came from the Hurricane Harbour that launched at Six Flags Over Georgia in the year 2014. 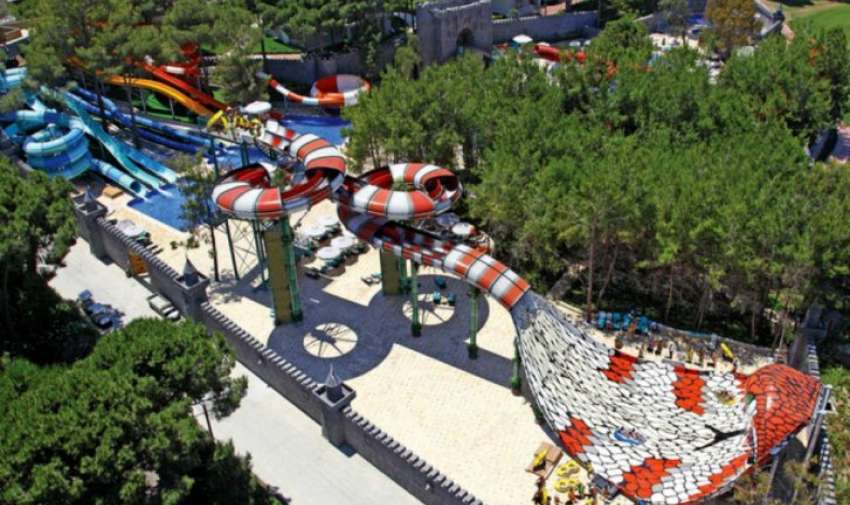 It is one of the rare places you can whiz along the body of a cobra as per its name. It offers a speed of 51 kilometers per hour, before sliding up the inside of its mouth.

"It's regarded as a game-changing waterslide. It's a high-capacity ride with two double tubes, and it's interactive because the passengers race each other. It has a strong visual impact and a unique spectator appeal, with integrated special effects, such as hissing sounds." 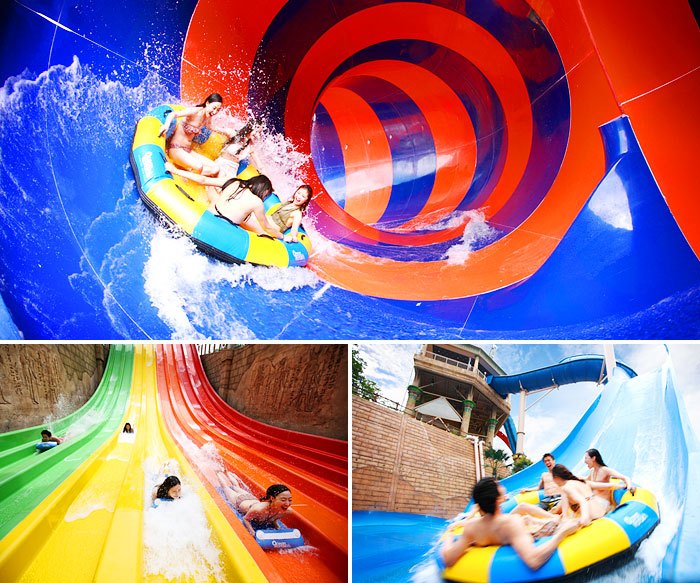 When it comes to scariest water slides, Super S Slide is one of them. It has unbelievable tight corners and a six-meter-wide enclosed section which sends riders flying up the sides. Also, thanks to its banked twists and turns which make it little less dangerous.

About this ride, Bruce Bradley of WhiteWater West said,

"We maximized wall height while eliminating turnover risk. We wanted to design a slide that gives passengers the thrilling feeling that they're going to flip over when they fly high up on the slide walls, but obviously they don't!" 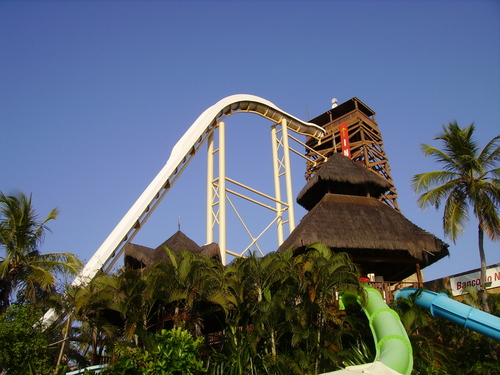 Not only scariest but this ride also comes under the list of the world’s tallest water slides (41 meters). Its height is same as a 14-story building. And, it reaches the ground with a speed of 65 miles an hour (four to five seconds).

It is one thrill ride constructed in 1989 that attracts daredevils from all over the world. Since its beginning, it remains one of the tallest water slides in the world.

One of the workers at Beach Park, Martha Carolina said,

“I’m a Brazilian and I work at the water park – it’s funny to watch the tourists start panicking and sometimes they really start crying. Normally they’re all Europeans, Germans, Russians, and French.”

And, one of the riders commented,

“When you slide down, you basically fly because the fall is too steep so you’re in mid-air for most of it.”

At Insano, riders are only allowed to travel in a single position, that is on their back with legs and arms crossed. Though it is hard to imagine and this would be a problem for most of the people as it is unlikely that many would want to plunge with their head first at such hair-raising speeds. 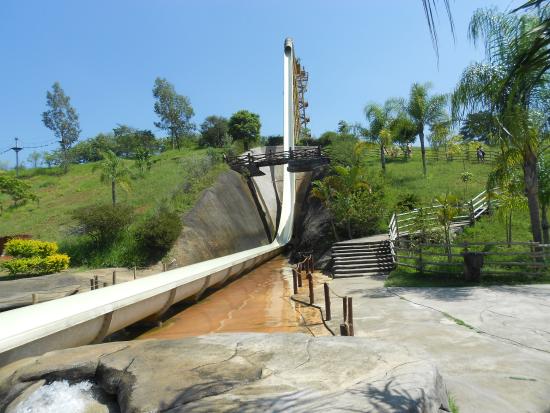 Kilimanjaro water slide is named after the famous mountain in Tanzania. It has a drop height of 164 feet and is 49.9 meters tall.

It is also the world's tallest water slide. On that, one reaches with speed of nearly 100 kilometers per hour. Must say its not for the faint-hearted!

It is located in around 330 thousand square meters of space, about 120 kilometers away from the city of Rio de Janeiro.

It is the world's first dual slide-within-a-slide. There is an enclosed tube slide which weaves in and out of the framework of a flume-style ride.

As one more feature, passengers on one section can watch those whizzing down the other because it's made from translucent plastic. 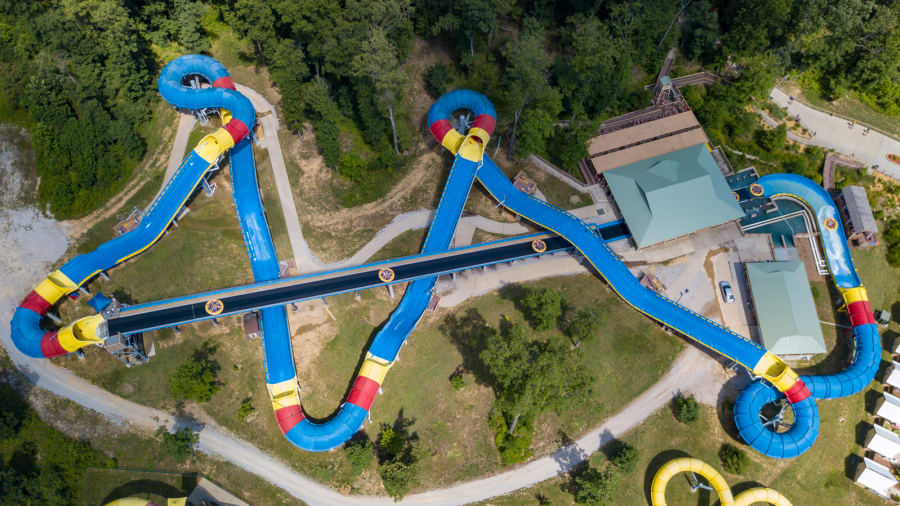 It is the world's first six-person water coaster. Mammoth is based in around three acres of the Splashin' Safari Park. And, it has a length of just less than a third of a mile.

"It's powered with LIMs (linear induction motors), which is the same technology used for roller coasters and light rail transportation. These specially adapted LIMs are responsible for the Mammoth's incredibly fast and steep uphill and downhill sections." It is a high-speed waterslide located in Disney’s Blizzard Beach Waterpark in Florida. It is one of the best water parks in the world. Not only best but it also comes under the list of world's largest water park overall.

Well, must say it only looks like a ski jump, but it's not because then it would be a lot dangerous waterslide.

So, to go to the bottom, you havwdpromediae to go through a tunnel at the base of the ramp. 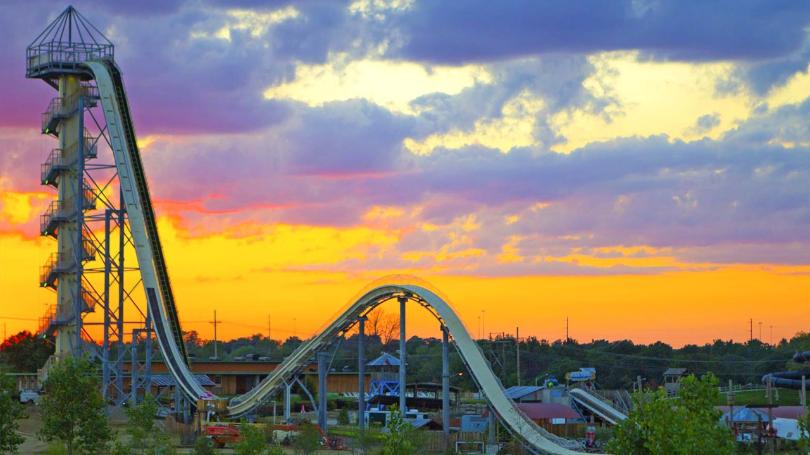 It is one of the most dangerous waterslides that ever existed. Yes, this doesn't exist anymore, or you can say, people are not allowed to ride this one anymore. It is located in the Schlitterbahn Waterpark at Kansas.

Well, the name of the slide itself says a lot. Verruckt is a German word which means crazy or insane. When it opened in 2014, it used to be the world’s tallest slide.

It is of around 168 ft (51m) and offers the drop speed up to 70 mph (110kmph). It is something like riders go through an initial drop followed by an uphill ride which ends in a second drop.

Well, at the time of initial testing, there were some problems revealed in the design. Further, they re-built it to slow things down. However, it was not enough, and as a result, a 10-year-old named Caleb Schwab died while riding the Verruck on August 7, 2016.

And along with that boy, two other passengers suffered from a broken jaw and broken face bone respectively. Maybe the uneven weight distribution resulted in the raft flying into the air. Even the waterpark was closed for inspection and reopened a few days later. However, this slide Verruckt remained closed. And, eventually, Schlitterbahn announced that they would demolish the Verruckt. 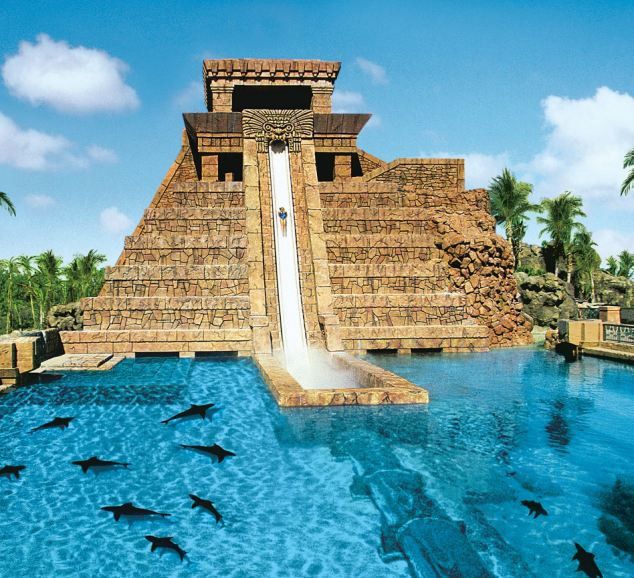 It is one creative waterslide located in the Bahamas at Atlantis Paradise Island waterpark. It is one of the biggest water parks in the world.

There is a side of the Mayan Temple themed building where one gets to climb up and take a leap of faith into a 60 ft drop.

Unquestionably, this ride gives you the experience of what it’s like to tumble down the side of a Mayan Temple as a human sacrifice.

As its scary feature, the drop will take you through a tank filled with actual sharks swimming happily around. Though, you might fall straight into the shark-infested pool, if you accidentally miss the narrow opening. 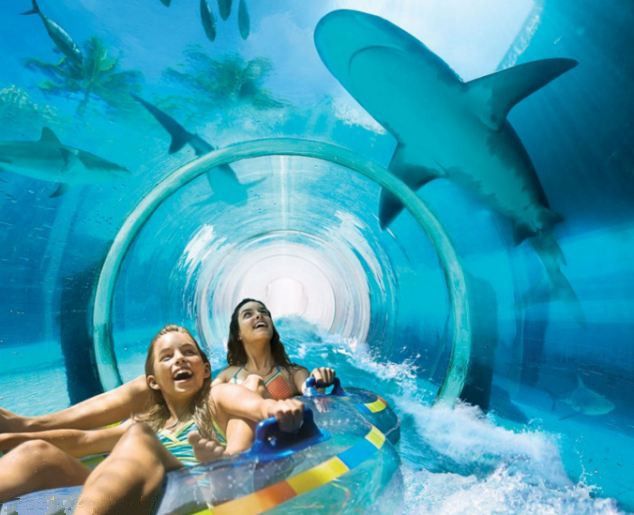 Well, the good part is that fortunately, you don’t even notice going through the shark tank because you’re too busy screaming, according to one tourist on TripAdvisor. 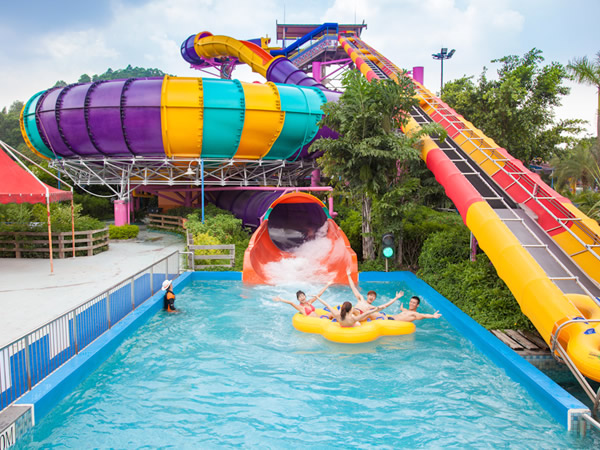 If you are a water slide enthusiast, you will easily understand that how the Behemoth Bowl reformed water slides with its water injection system. It attains patented corkscrew exit as well as central drop chute. No wonder, this slide is full of thrills.

"This is the largest bowl water ride in the world, with a massive 18-meter-diameter. The size and shape allow passengers to speed around the perimeter and make multiple revolutions with maximum centrifugal force."

No wonder, the world is full of amusement rides and slides. And, water slides are the best part of any water park. And, as we have seen, some parks take it a bit too far.

Well, if any of the above rides excites you, pack your bags and go on! But be sure about your safety as well. Enjoy!