Have you ever wished to eat shark bites, fried apple pie, and onion nuggets? These foods are now discontinued but were in great demand once.

Gone are those days when you used to watch cartoons just after you wake up, wait for your favorite movies, or eat those delicious candies without worries. Today, everyone is juggling their lives and is putting effort into being happy.

No matter how old we are, we still miss those lemon coolers, wafered with a lemon zing and coated with sugar. Some foods are discontinued, but we wish they come back and make everyone’s childhood awesome.

School memories, favorite foods, and moments with loved ones can make you nostalgic anytime. Snacks from childhood can send you right down memory lane. Right from Hubba Bubba Gum to Pink Panther flakes, these discontinued foods were once everyone’s favorite and still remembered for making their childhood flavorful.

So, let’s get nostalgic and remember some discontinued foods that should become available in the market very soon. 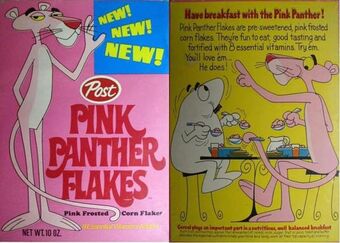 A bowl of pink panther flakes goes well with movies. The cereal jingle attracted everyone with its theme song-

It has bubblegum-pink, sugar-coated corn flakes that lose color when milk is poured on the cereal. The cereal continued to produce until 1980: when Post Consumer Brands discontinued the cereal.

Also, the cereal contains the price according to the box. Pink panther flakes were sweetened and fun to eat. They were enriched with vitamins and minerals and were the favorite of everyone. Have you ever tasted this discontinued food? How did it taste? 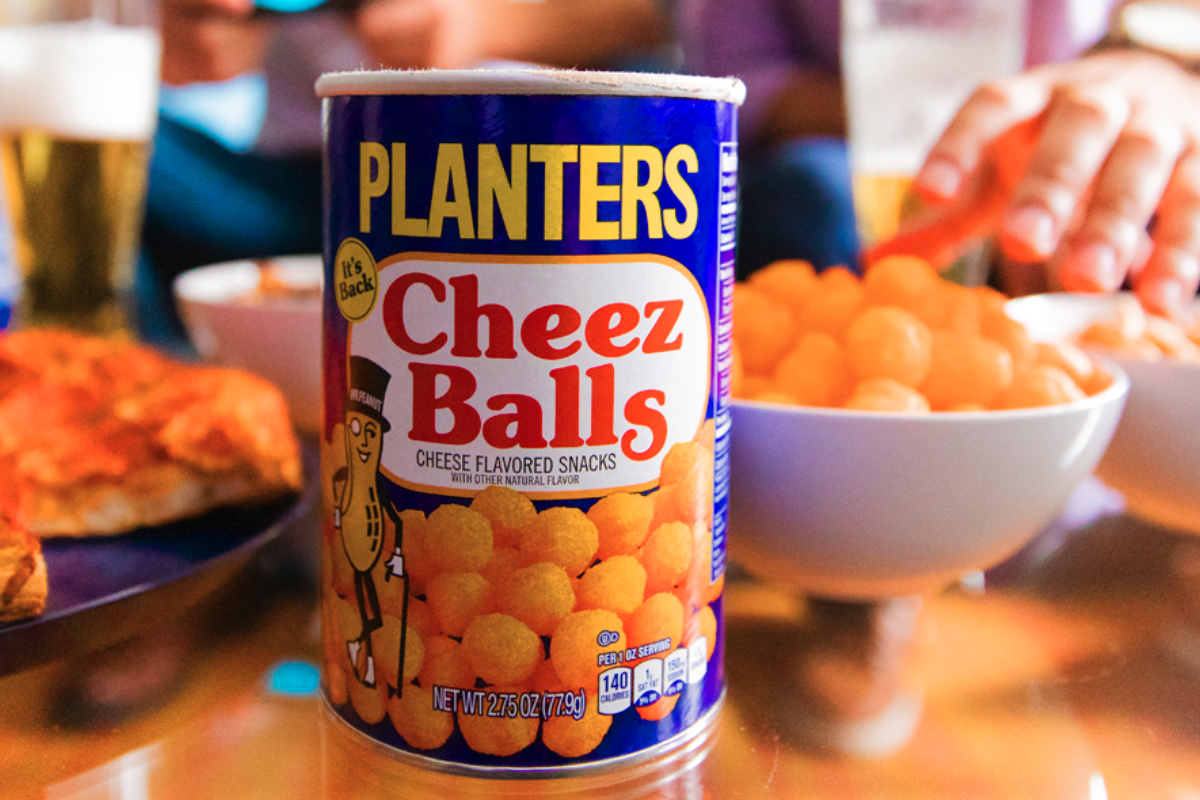 This delicious food was discontinued in 2006. However, it is available sometimes on Amazon and Walmart. These cheez balls serve 140 calories and are prepared with citric acid, salt, cheese culture, yellow cornmeal, sodium phosphate, sunflower oil, lactose, and modified food starch.

Unfortunately, the time Planters Cheez balls were discontinued, the fans petitioned the company via the online forum for about 12 years. 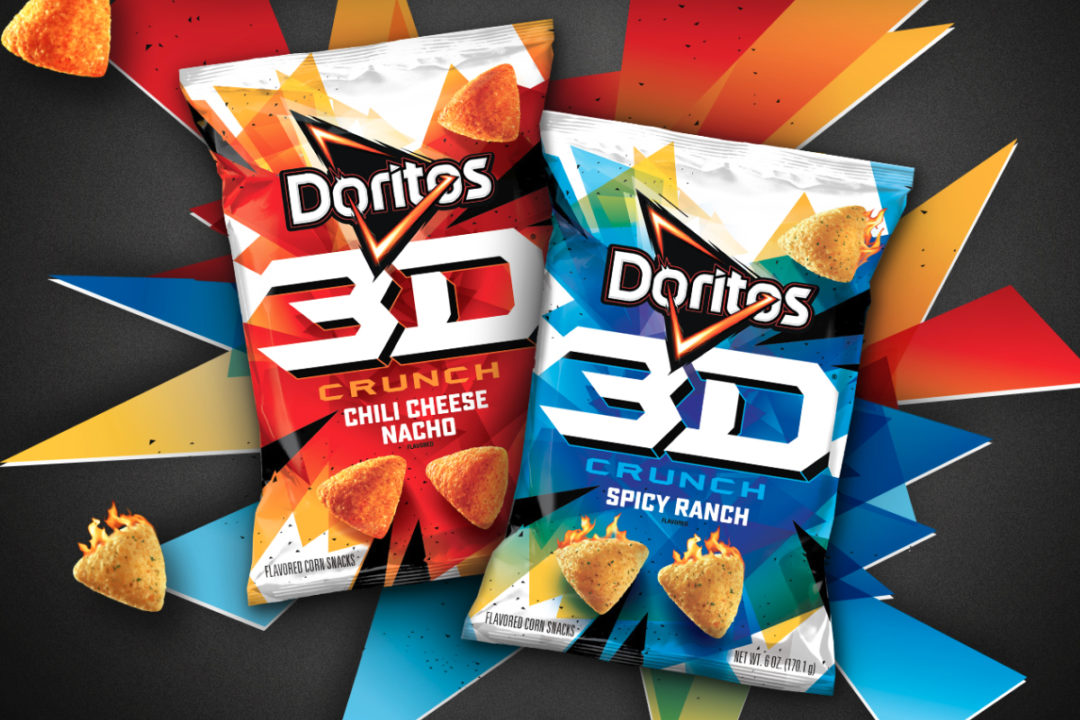 In the 2000s, Frito Lay launched air-filled nuggets of heaven and discontinued them after years. “The only reason they failed was that they were ahead of their time. They were the Sir Isaac Newton of junk food.”

Doritos 3D comes in a variety of flavors like Chill Cheese Nacho and Spicy Ranch. Doritos 3D was launched in 1998 and was discontinued in the 2000s. The snacks came in zesty rancho and cheese flavor and reflected the trends of a new generation. The chief marketing officer of Frito-Lay North America said,

“What’s exciting is that we didn’t just bring back the original — we’ve evolved it to reflect the snacking trends of a new generation. We’re thrilled to introduce a new version at a time when we all could use a small moment of joy.” 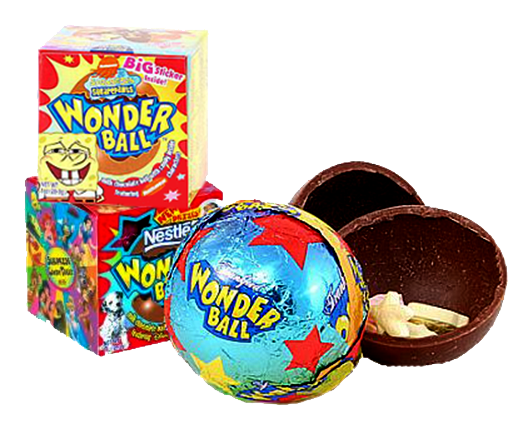 Manufactured in the United States by Nestle, Wonder Ball is a brand of chocolate that serves spherical candy having an outer shell and hollow interior containing candies. It is wrapped in foil, placed in a small box, and is packaged with a sticker. The Wonder Ball was first introduced in the 90s with the slogan “What’s There in Wonder Ball?”

The product contained figurines of Disney characters and was withdrawn in 1997 after the competitors and groups campaigned that the toy was dangerous for children. In 2000, the product was re-released and had a variety of themes like cartoon Network, Pokemon, Winnie the Pooh, and more. 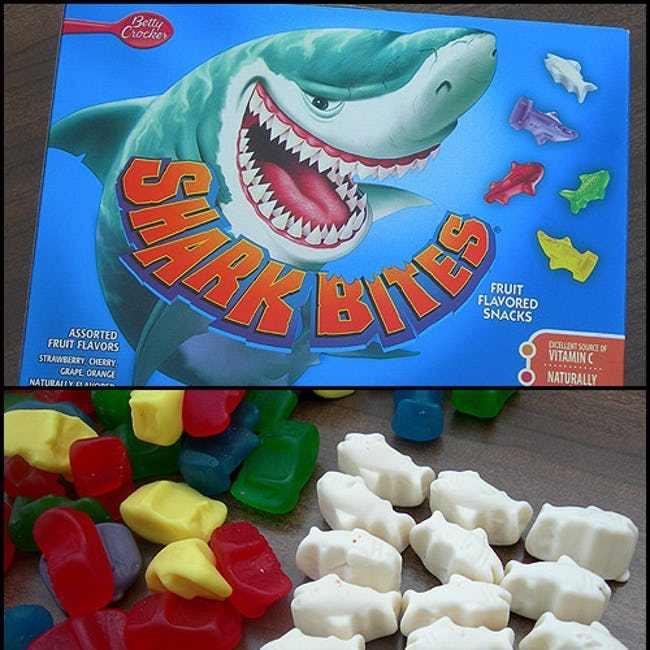 Shark Bites was promoted as a healthy fruit snack but were sugary shark-shaped gummies. It is a fruit snack produced by Betty Cocker. It consists of several candies that come in the shape of a shark and multiple colors. Each color has its flavor that attracts kids and appears to be bold and solid. It is believed that it couldn’t make it to the hearts of millennials because of its sugary flavor. 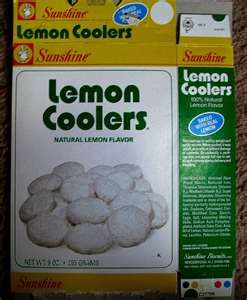 If you have ever tasted lemon coolers, then you can easily share the difference between the old lemon coolers and the replaced one by Sammanah Smiles. Earlier, they were marketed as low-fat cookies from 2000 to 2006 when they were discontinued. They were low fat but sweet and refreshing. And if you don’t like chocolate, then eating five lemon coolers (vanilla cookies) was equivalent to 2-3 fried snacks.

Do you know that this delectable discontinued treat can be prepared at home in 15 minutes? You would need butter, powdered sugar, corn starch, flour, salt, milk, vanilla, lemon extract, and confectioners sugar for rolling. Mix butter and sugar in vanilla, lemon, and milk. Add starch, sugar, baking powder, and mix until smooth. Roll into a log and freeze for an hour. Slice into circles and bake them for 12-15 minutes at 350 degrees. Let them cool and roll them in powdered sugar before serving. 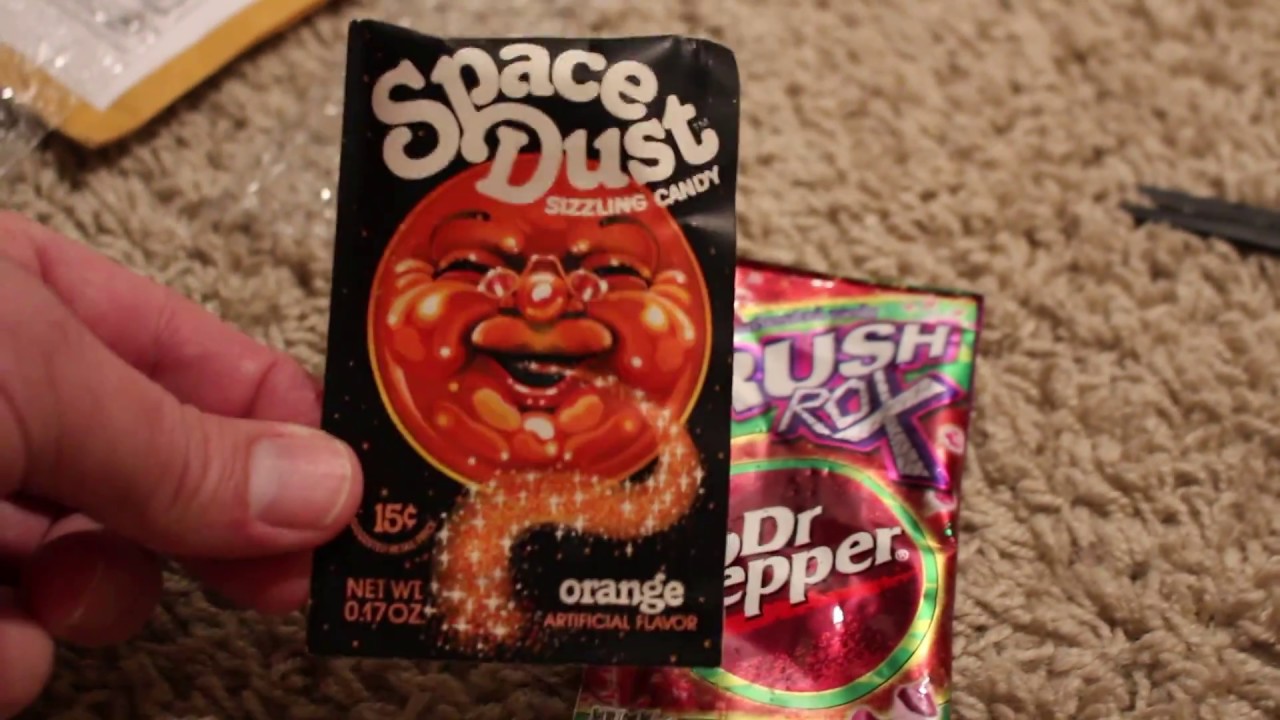 Introduced in 1970 due to the popularity of Pop Rocks, Space Dust was a delicious candy but didn’t attract the young generation. It was a soft drink created by the Coca-Cola company in 1993. It had a critical taste than regular colas and has been described as slightly spicy. The drink’s slogan was Things are going to be OK. Despite an advertising campaign and media attention, the brand was marketed in limited areas. OK Soda never captured over 3% of the beverage market in the targeting locations.

Unfortunately, this discontinued food was remembered for its unique advertising campaign and not for its fruity flavor. Besides the slogan found on cans, the excerpts of the OK soda-like,” There is no real secret to feeling OK,” “The better you understand something, the more OK it turns out to be,” “Please wake up every morning knowing that things are going to be OK,” “OK Soda emphatically rejects anything that is not OK and fully supports anything that is,” and more were available on the website for a short time. 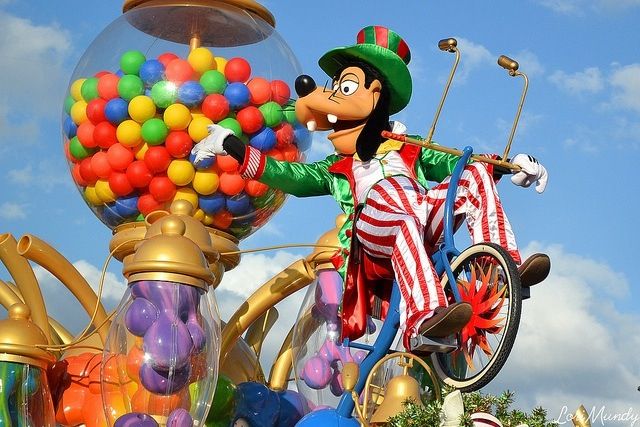 Sadly, the favorite Cartoon characters of everyone couldn’t be seen in candy form. Mickey’s Parades ice pop was once the favorite candies in the 2000s. The candies came in assorted flavors of apple, lemon, orange, and more and made childhood memories amazingly beautiful. Mickey’s Parade was majorly the preferred choice for kid’s birthday parties and get-together. 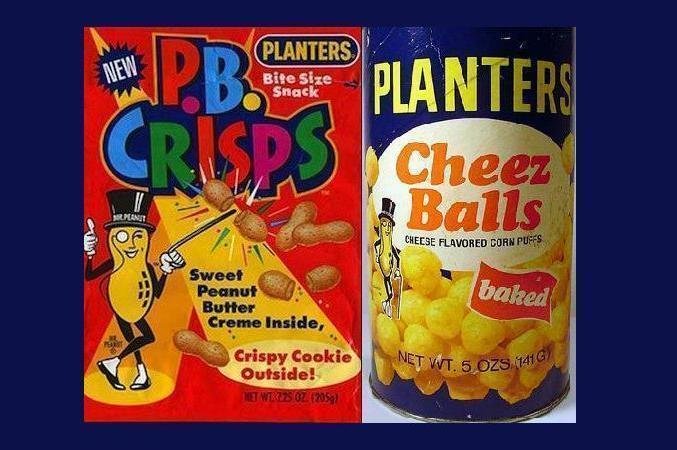 Have you ever tasted these delicious cookies? This discontinued food was a cookie shaped like a peanut shell and filled inside with peanut-butter cream. It also featured a strawberry jelly filling along with peanut buttercream to give the feel of a sandwich.

It was introduced in 1992 and was produced until 1995. The package describes them as crispy fries that people go crazy for. PB crisps have gone extinct, but crunchy corn snacks are still available today. Made by Kellog’s, Danish rings were introduced in 1976 but were discontinued in 1980. The Danish Rings were the Beta of toaster pastries and were available in different flavors. 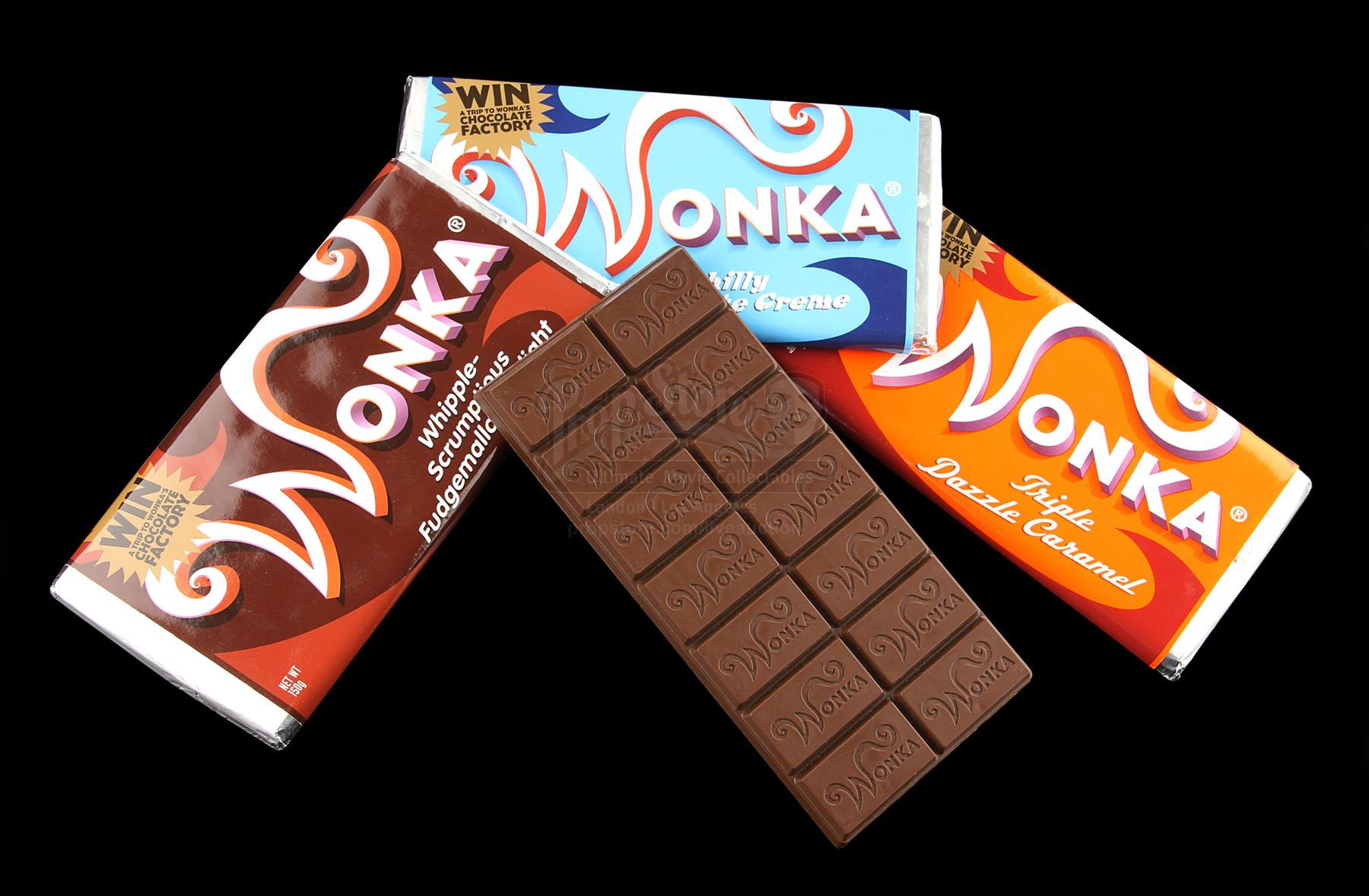 It is a fictional chocolate bar, introduced as a story point in the 1964 novel Charlie and Chocolate Factory by Roald Dahl. Varieties of Wonka Bars were introduced and sold in the world. These bars were discontinued in 2010 due to poor sales.

Made by Nestle and sold under the Wonka Candy Company brand, these bars were sold in the United States until 2010. It consists of graham cracker pieces dipped in milk chocolate.

These were the foods that tasted delicious and were once the favorite snacks of many. However, here are the worst candies in the world that are not cherished by anyone.

Do you know other discontinued foods that were your favorite and should come back? Did we miss your favorite food on the list? Drop your comments.