10 Iconic Example Of Ancient Fashion Of The World

For all the Fashion freaks your desire to wear the ethnic dresses of different countries will end up here as we are giving you some attires which will add beauty and elegance to your looks. 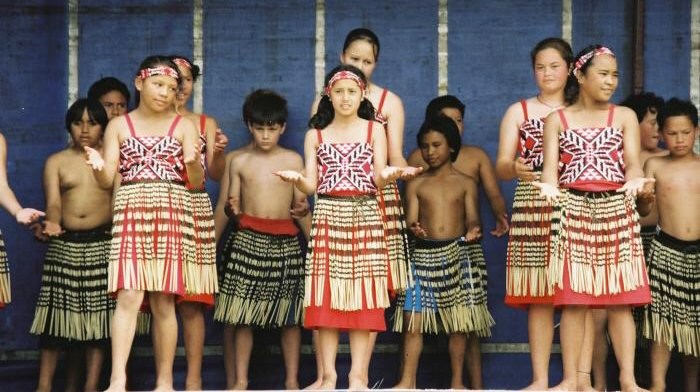 The World is a large and diversified population which have different traditions and customs. The clothing of the ancient times totally reflect the technologies present at that time.To remain trendy and in fashion is now has become a social status symbol by the people all over the world.

The fashion of the outfits and other items vary from time to time but what remains constant is the craziness for the traditional garments, fabrics, and styles.  Fashion is the popular style of practice used by the people to showcase their love for the clothes, accessories, headgear and many more items to look pretty and elegant.

Here are some traditional ancient outfits and accessories which will make you look more pretty and beautiful: 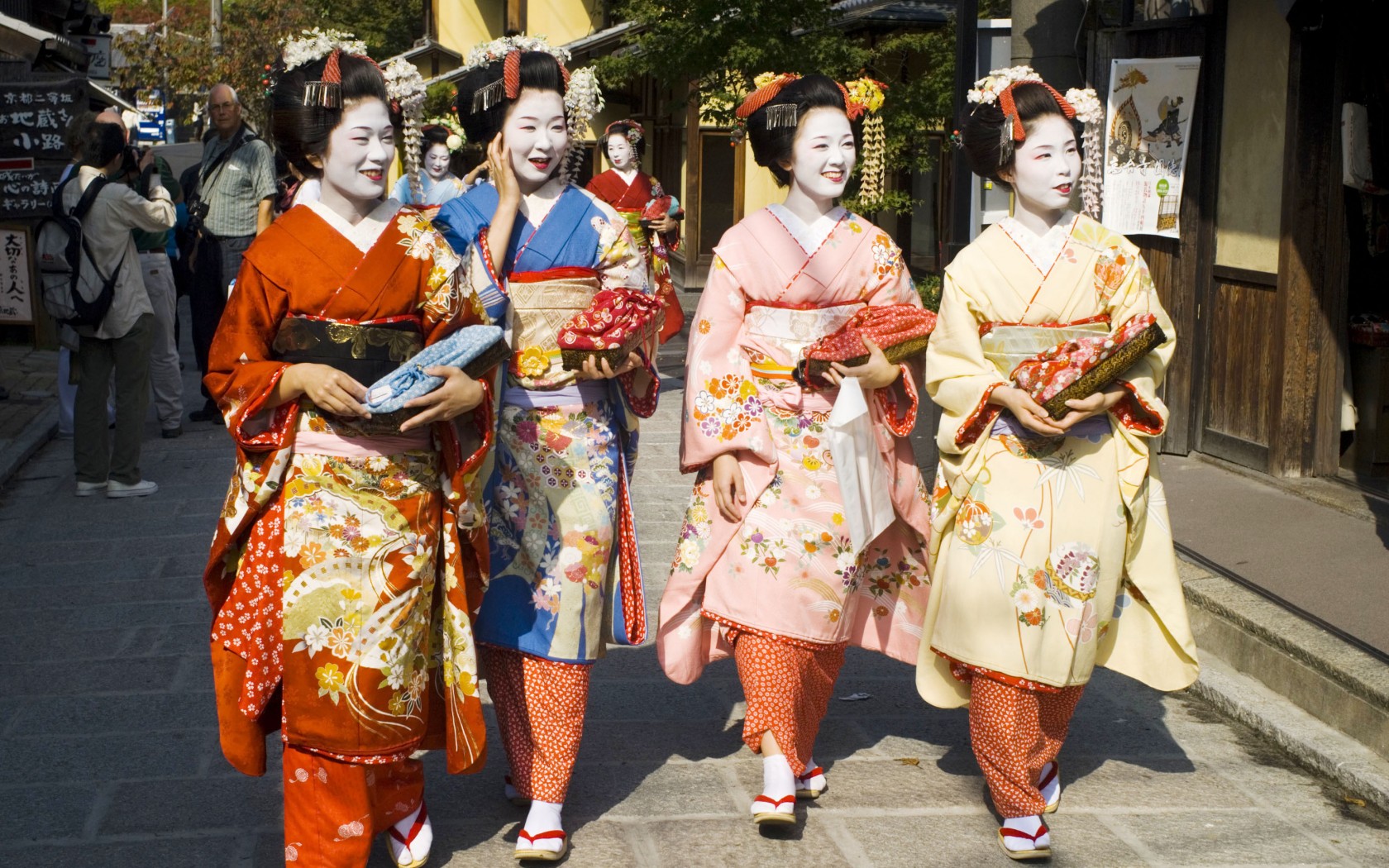 Kimono means a thing to wear, it is the traditional ancient dress of Japan. This is an ethnic dress worn for festivals and occasions. It was in the seventeenth century that they developed an attire for the men and women and since then it became one of the most wore dress in Japan.

Fashion freak is still using this dress with new adaptation and appearances all over the world. It represents a formal style which is used to indicate politeness and serenity. Kimono has T-shaped straight lined robes so that it falls up to the ankle. It has attached collars and wide sleeves and is commonly worn at the weddings and festivity. 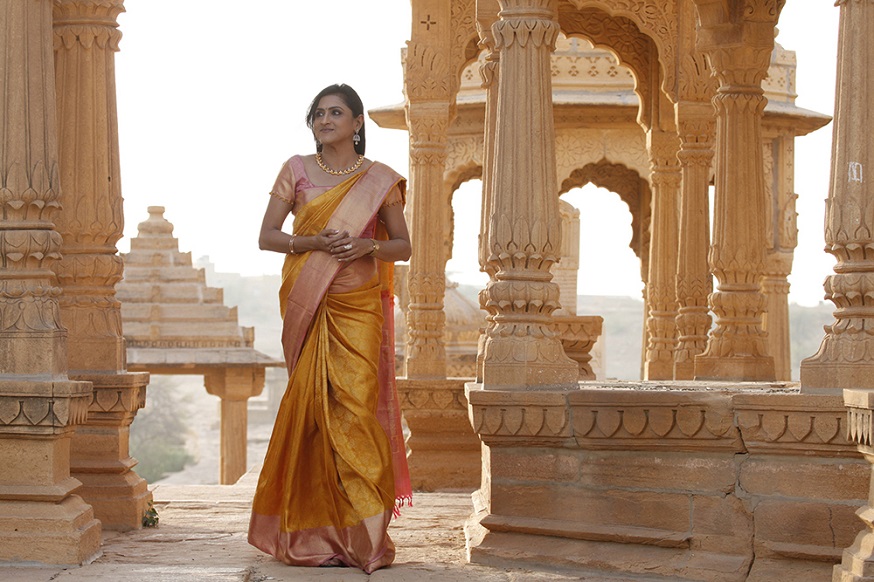 It is a female attire which comes from the subcontinent of India. It is a single fabric which is of 9-meter length wrapped around the body in the most elegant way. This attire maintains the dignity and grace of Indian Women. This is one of the most beautiful costumes of India.

There are various styles of draping the saree and it varies with a different community. The attire is recognized and appreciated throughout the world. The dress has always glamoured the fashion freaks and thus this style is used in catwalks by the celebrities showing the ethnic wear of India in fashion shows. 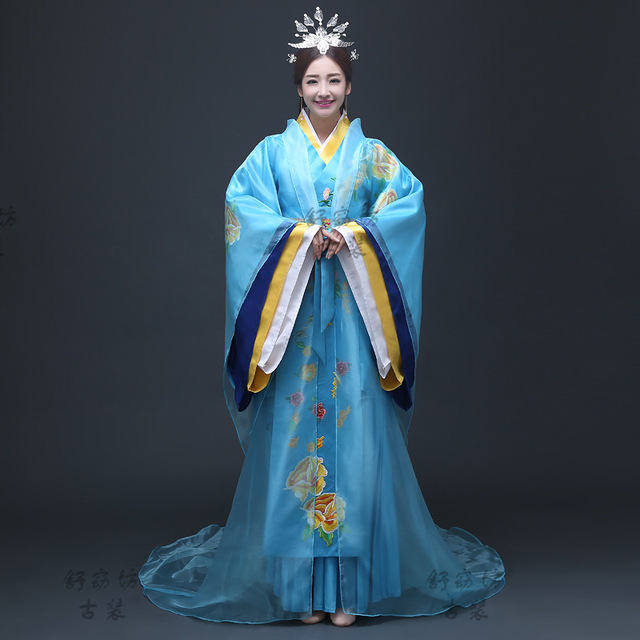 Hanfu is one of the traditional clothing of the Chinese people. This dress is used to represent the attires used by the Han dynasty in history. People of this community were happy with the stylish attire. It is the most trendy and is considered as the National wear of China.

The fabric for this dress is chosen meticulously which includes silk, brocade, cotton, yarn and some environmental dyes to make it look attractive and beautiful. There are basically three styles of Hanfu available they are jacket and shirt, one piece and jacket and trousers. 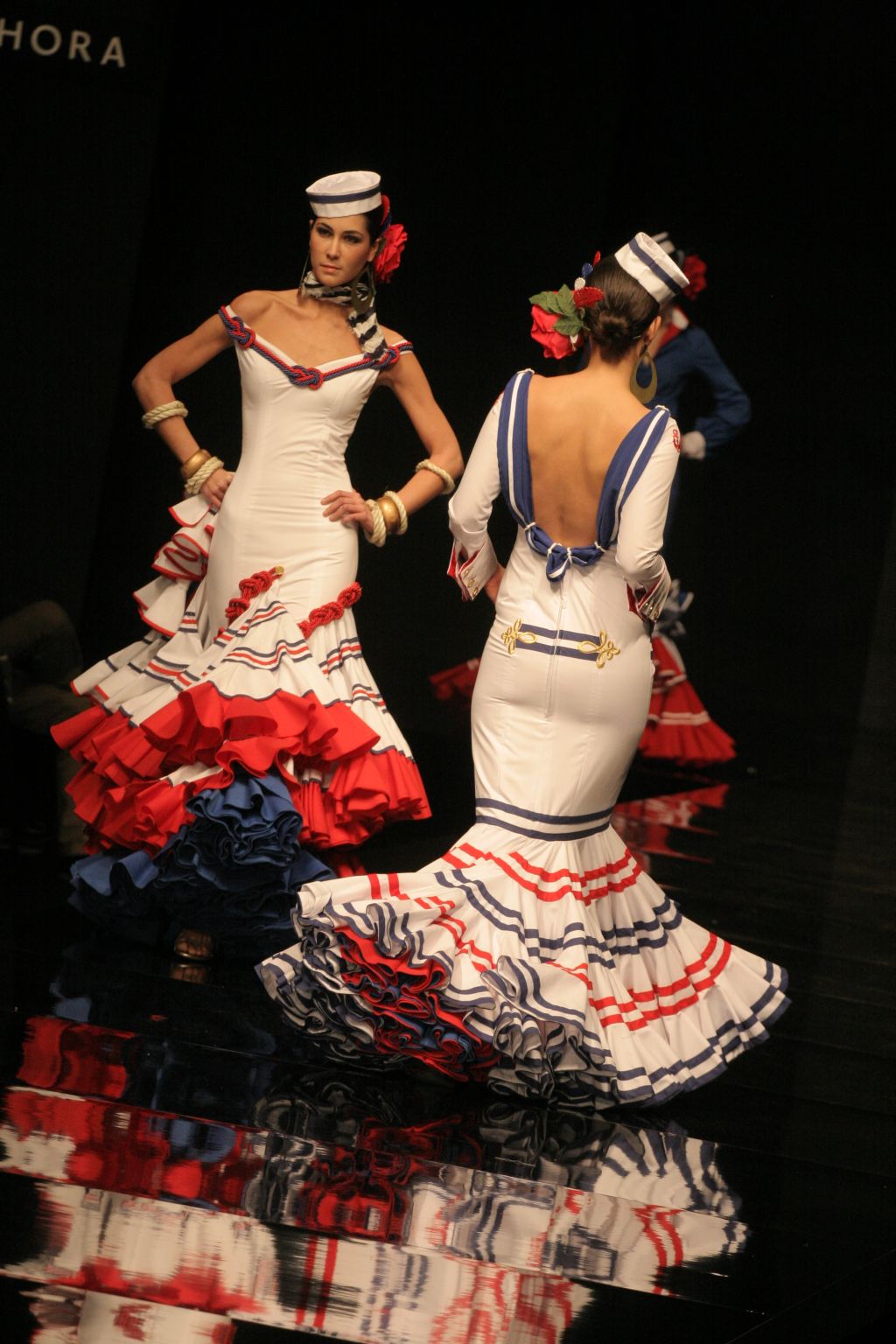 It is a traditional dress wear at festivals in Spain. There are two types of this outfits the one is worn by the dancers and the other is worn as a day dress. The Traje de flamenco or Traje de gitana are mostly worn by the dancers of Southern Spain. The outfit is a kind of body hanging up to the waist and multiple ruffles at the bottom to the ankle.

The dress is usually bright in colors such as red and black which looks more intricate and beautiful thus it is most acknowledged dress in Spain. The dancer controls the tails of the dress which looks to have a life of their own. 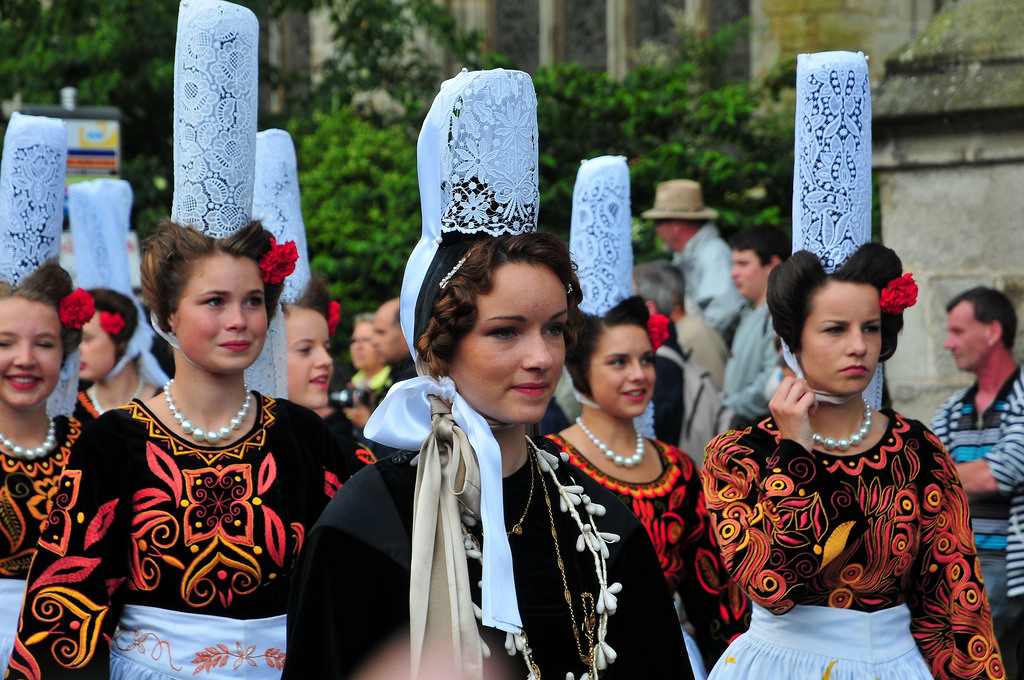 It is one of the most exotic headgear dress of the Brittany. It is a historical region of France with a population of 4 million. Here an essential part of the women's costume is the headgear which is known as Coiffe. Brittany is known for its traditional dresses and costumes throughout the world.

The coiffe is of different styles for different age groups that are for young girls, married women and for the widow. These headgears are white in color and are made up of the lace. The most famous headgear is seen not only in Brittany but throughout the France which is 30 cm high cylindrical shaped made up of the lace which looks like a tower on the head. It is the most iconic symbol of folkloric Brittany. 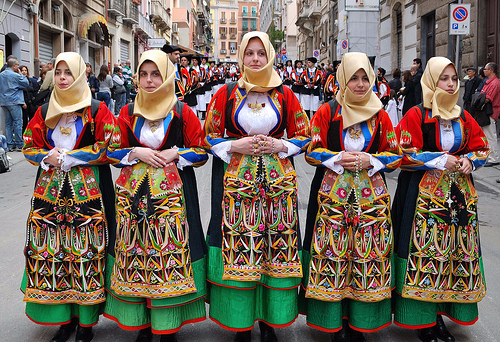 This traditional dress has the influence of the Spanish and Moorish community. Albeit each village present in Italy has their own style of clothing but some characteristics are common which are long pleated skirts, shawls, rich embroidered blouse, a veil and the bonnet. Some of the most spectacular outfits belong to the province of Nuoro.

We have also included some popular accessories which have gained popularity worldwide. This is a traditional homemade jewelry by the people of Africa. It is an important cultural art for the Maasai people.

The Maasai women keep aside some time to develop creative and innovative bead work to make colorful necklace, pendants, and bracelets. These people are known for their stunned and intricate attire with the bead work and are most popular in Kenya. 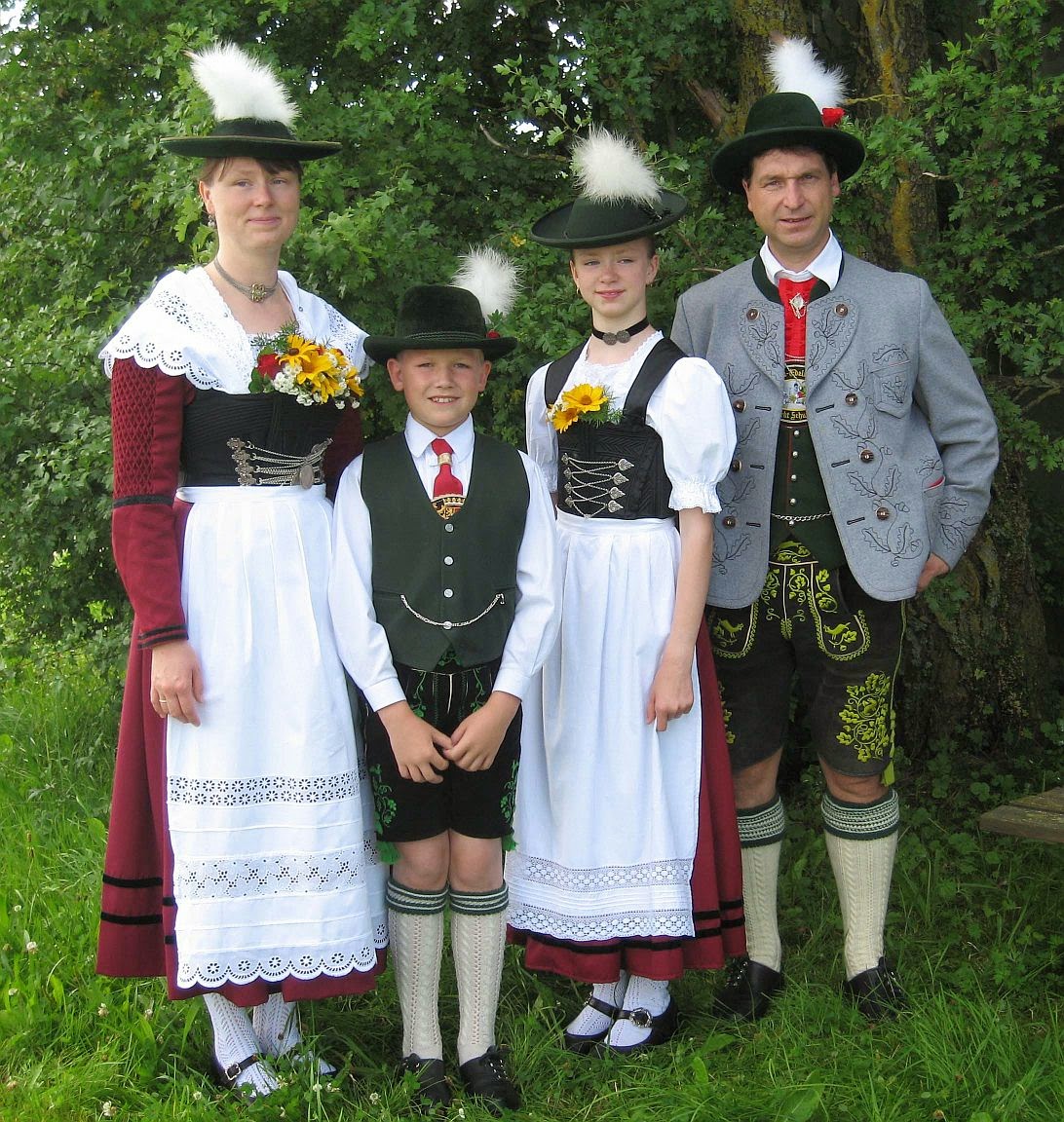 Tracht is one of the famous German garments which are associated in the world as Austria garments. Tracht lederhosen for men and dirndls for women-  is the traditional cultural dress of the Germany and Austria. There have been many versions of the basic style of this outfits available in the market. These items vary according to the localities from the pom-pom hat to the Black forest. 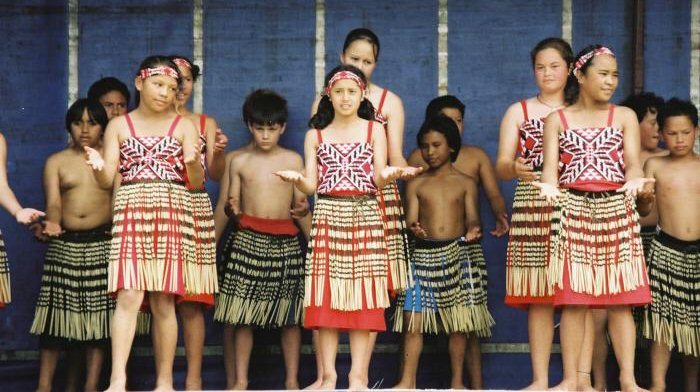 This is the most famous traditional dance dress of the New Zealand. This authentic dress can be used by men, women, and children. Piupiu is made up of flax and it can also be made by the long grasses of the country.

It is worn as a costume for the Maori dance of New Zealand.it is nowadays worn with the black skirt and black shorts. This outfit has become popular and thus is appreciated by the people all over the world. 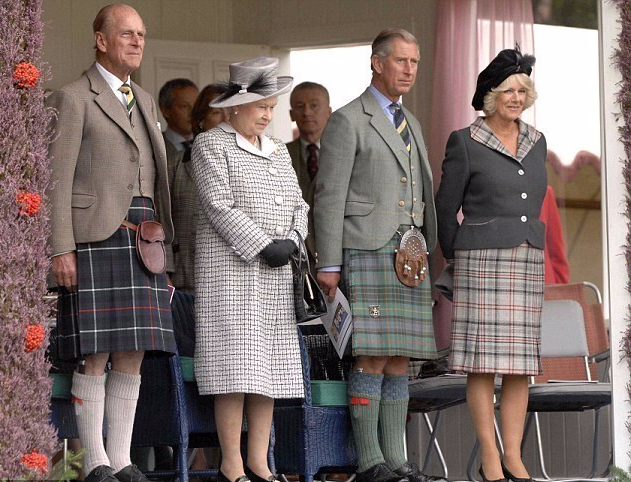 A kilt is a long skirt type attire which is used by the people of Scotland from the 16th century. The attire has pleats at the rear end and is wore by both the men and women. Since the 19th century, this attire has become the part of culture and tradition of Scotland.

This outfit is often worn at the occasions such as sports events, Highland games etc. In North America, Kilt has become casual wear in many of the materials.

These are some ancient dresses and accessories which are in fashion among the people in the world. So if interested to have ancient look then these attires with modern adaptations can be used by you. Hope this was beneficial for all the fashion freaks.

5 Famous Prison Escapes That History Has Ever Witnessed