10 Intriguing Facts About Liberty Bell: A Symbol Of Freedom

More than a million tourists from all over the world come to visit the iconic symbol of America’s independence every year. Liberty Bell is a considered as an epitome of freedom, hope and justice in the world. 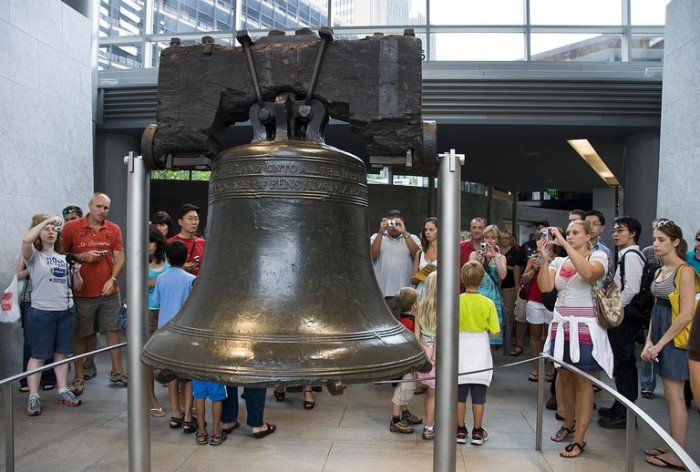 Many of the nations were oppressed by the great Britain for a long period of time. They ruled almost in every part of the world. Under their dominations, countries had suffered pathetic conditions.

America was also facing a similar situation, it became important for them to set themselves free. Liberty Bell was then, considered as an iconic symbol of the America’s Independence. Since then, visitors come to see the luminous beauty of international symbol of freedom- "Liberty Bell".

Tourist need not purchase tickets, in fact, they may visit it on first come first serve basis. Soon after its creation, around 3.2 million people came from different places, breaking all the records to visit it.

Here’s a list of some interesting facts about Liberty Bell which you might not have heard of:

1) Original Name Of The Liberty Bell 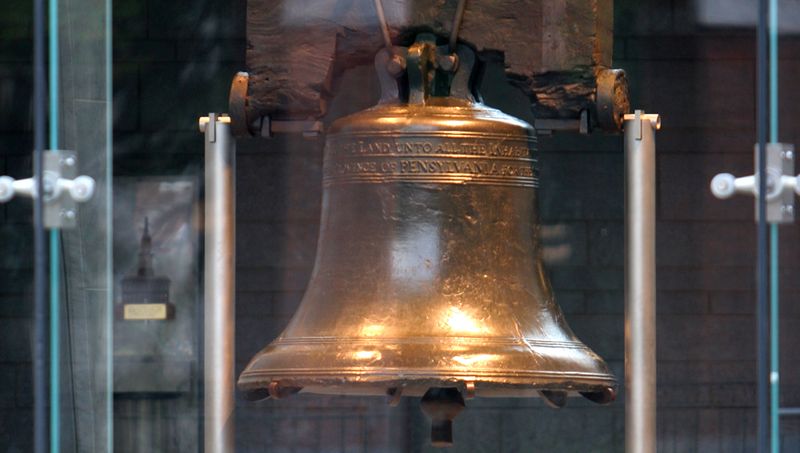 The Bell was initially known as “State House Bell”. Later on in 1830’s the bell acquired the name Liberty Bell when it became the symbolic icon of the anti-slavery movement. Since then, supporters and other publications started calling it Liberty Bell of hope and freedom. It unintentionally became an important icon for women’s suffrage and civil rights. 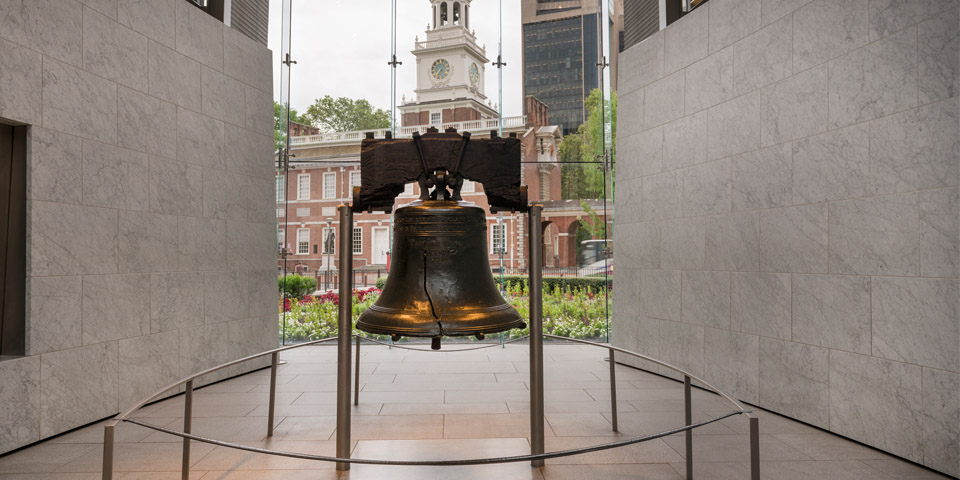 Liberty Bell was kept in Independence National Historic Park, part of National Park Service from 1753 to 1976. 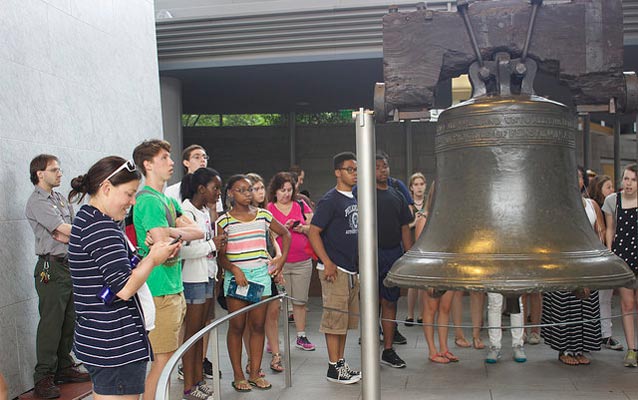 Luminous Liberty Bell is pretty small than the other American Symbols, still, it weighs 2,030 pounds. The york of the bell weighs about 100 pounds. The bell measures up to 3 feet from the flip to the crown.

The circumference of the bell at the lip is 12 feet while at the crown it measures to be 11 inches. The Bell is composed of 70% copper, 25% tin and has some traces of lead, arsenic, gold and silver. 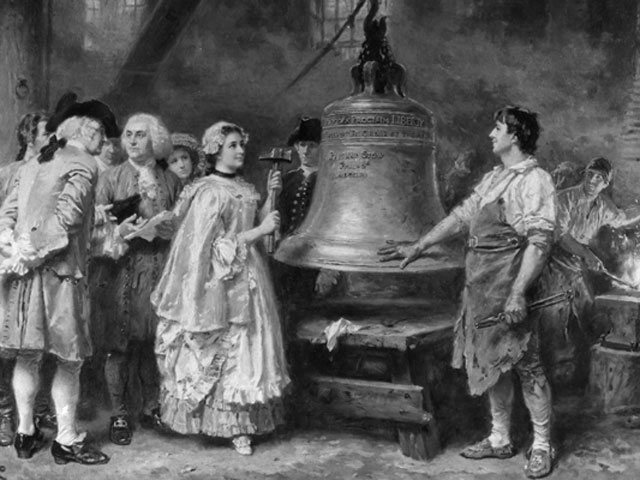 The bell was created before the American Revolution in 1951. It was constructed to celebrate the 50th anniversary of Pennsylvania constitution. A London based company named Lester and Pack created the luminous Liberty Bell. The cost of its construction at that time was $225.50.

5) Message Written On The Liberty Bell 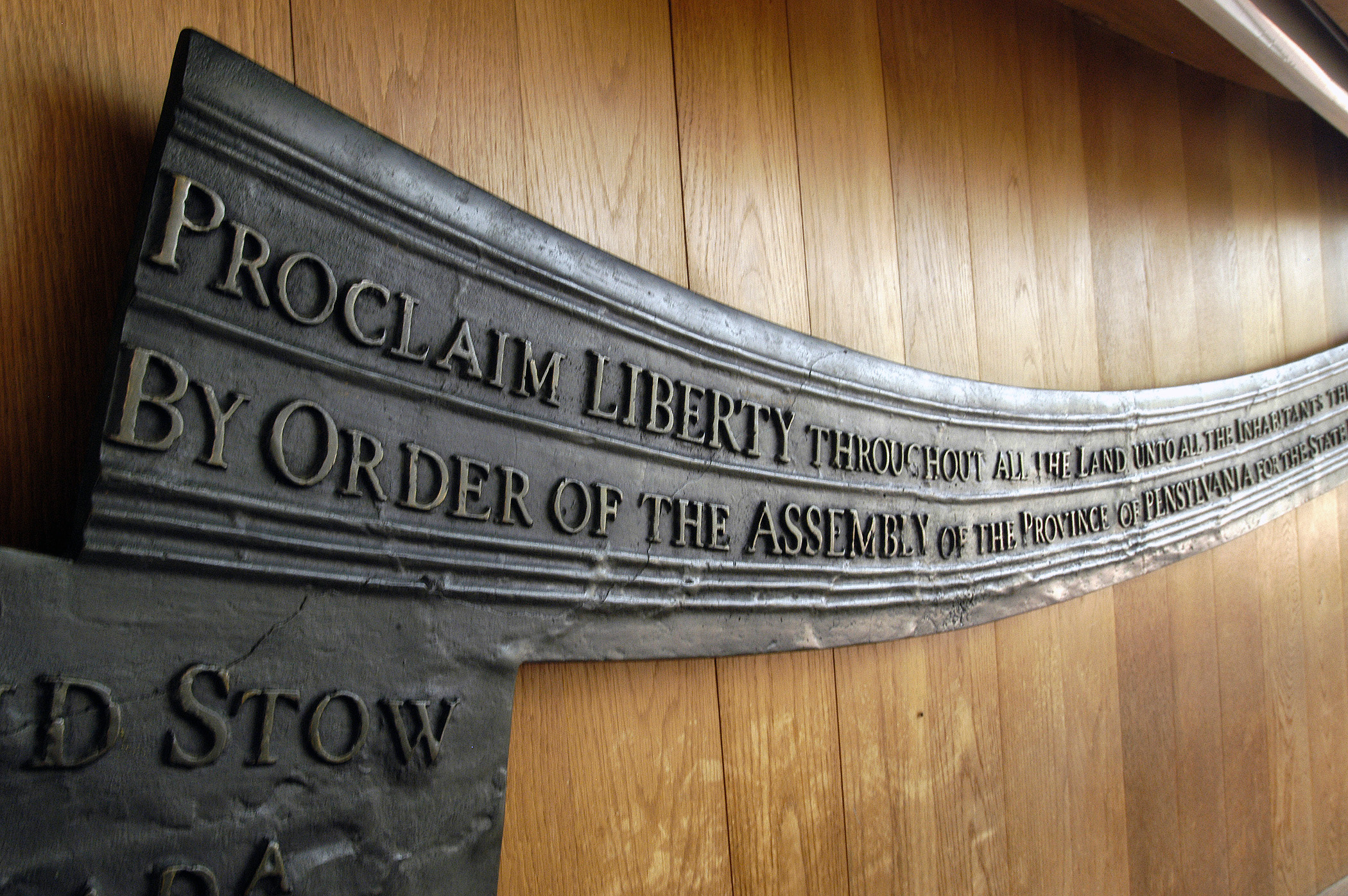 Liberty Bell has an inscription at the top from the bible verse Leviticus 25:10 in the old testament stating “ Proclaim Liberty Throughout All The Land Unto All The Inhabitants Thereof”.

These words were chosen by Isaac Norris, speaker of the Pennsylvania assembly.The local artisans John Stow and John Pass names are also engraved on the bell.

6) Liberty Bell Rang A Lot In Its Functional Time Nobody has heard the bell ringing but according to Historians, the bell ranged last in 1864, On the George Washington’s Birthday.

Whereas it is said that, it even ranged at the death of Benjamin Franklin, Alexander Hamilton, and Thomas Jefferson.

Therefore, it is said that the bell tolled for many people, events and occasions among them the biggest one marked the signing of the constitution. 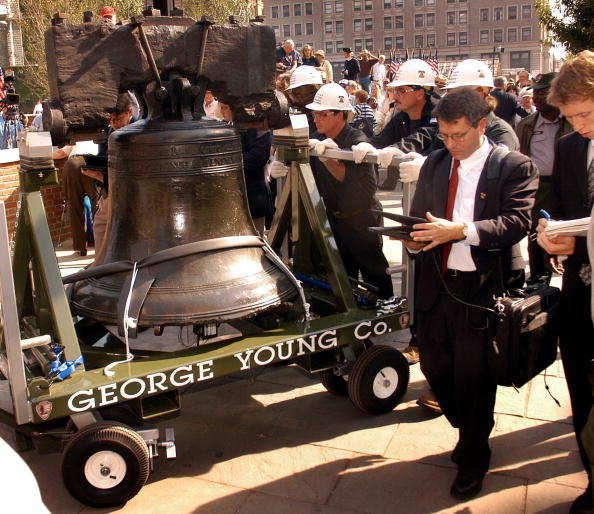 Although, the bell is located in National Park Services in the city of Philadelphia; it did not remain intact to its place for a long time. In the city itself, it has three places where it was shifted from time to time.

One of the most vital moves of the bell was done during the American Revolution by the Patriots to Allentown PA in order to protect it from being melted down by the British. 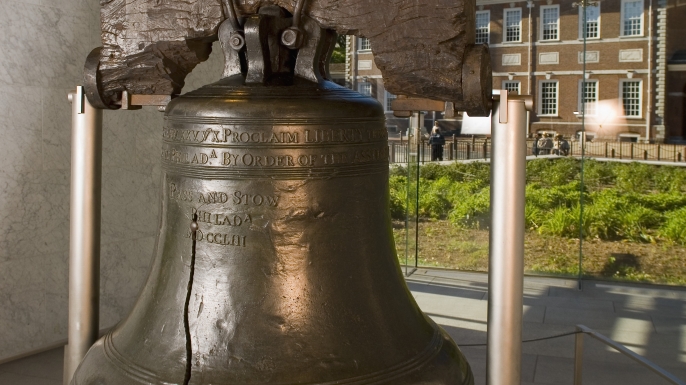 The bell cracked, the very first time when it ranged. The local artisans recast it twice for the same problem of being melted down.

There are many breaks which appear just like hairs. But the biggest crack appeared in 1984 which was 24.5 inches long and 0.5 inch wide. It is not the only flaw which was identified by the locals. The misspelled word of Pennsylvania is another defect on the Liberty Bell.

9) Information About The Bell Is Written In Different Languages 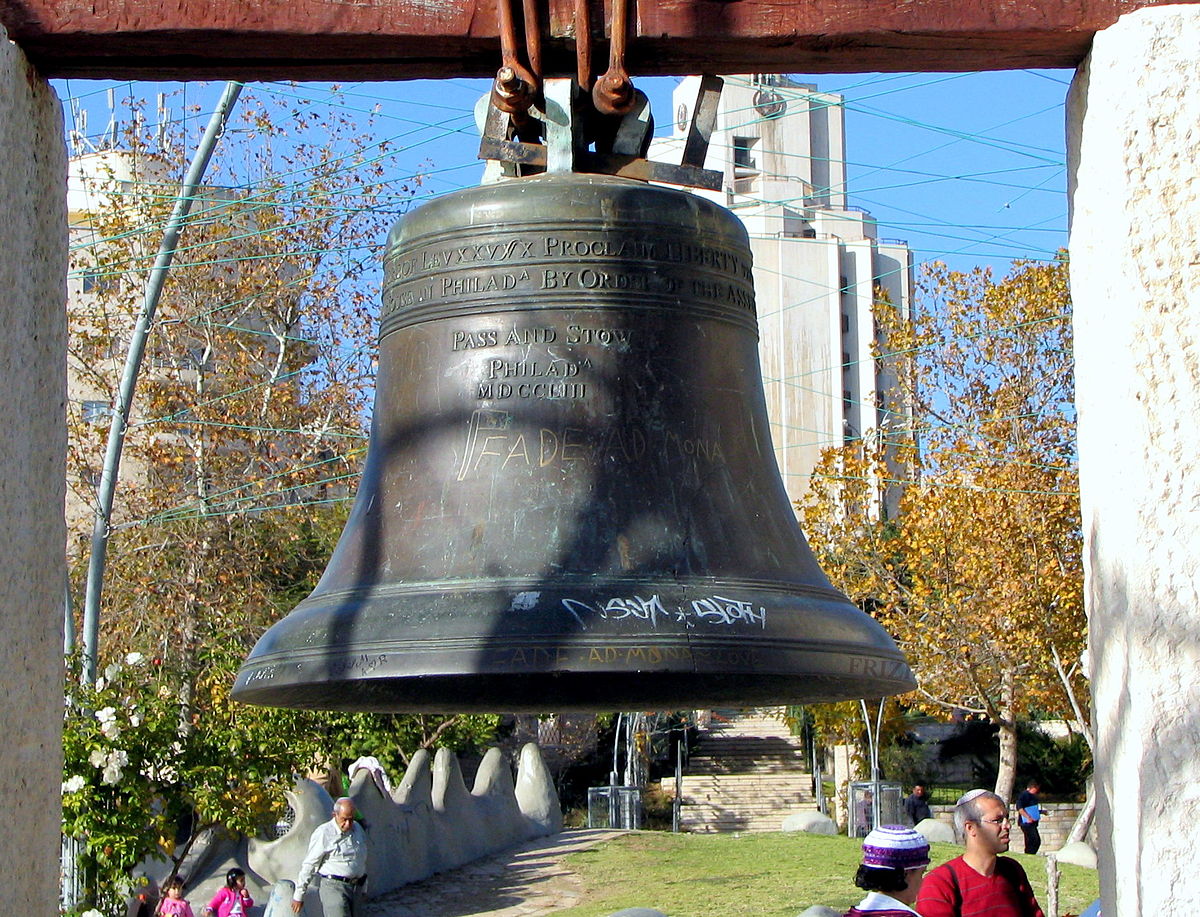 10) Replicas Of Liberty Bell Were Distributed In Each State 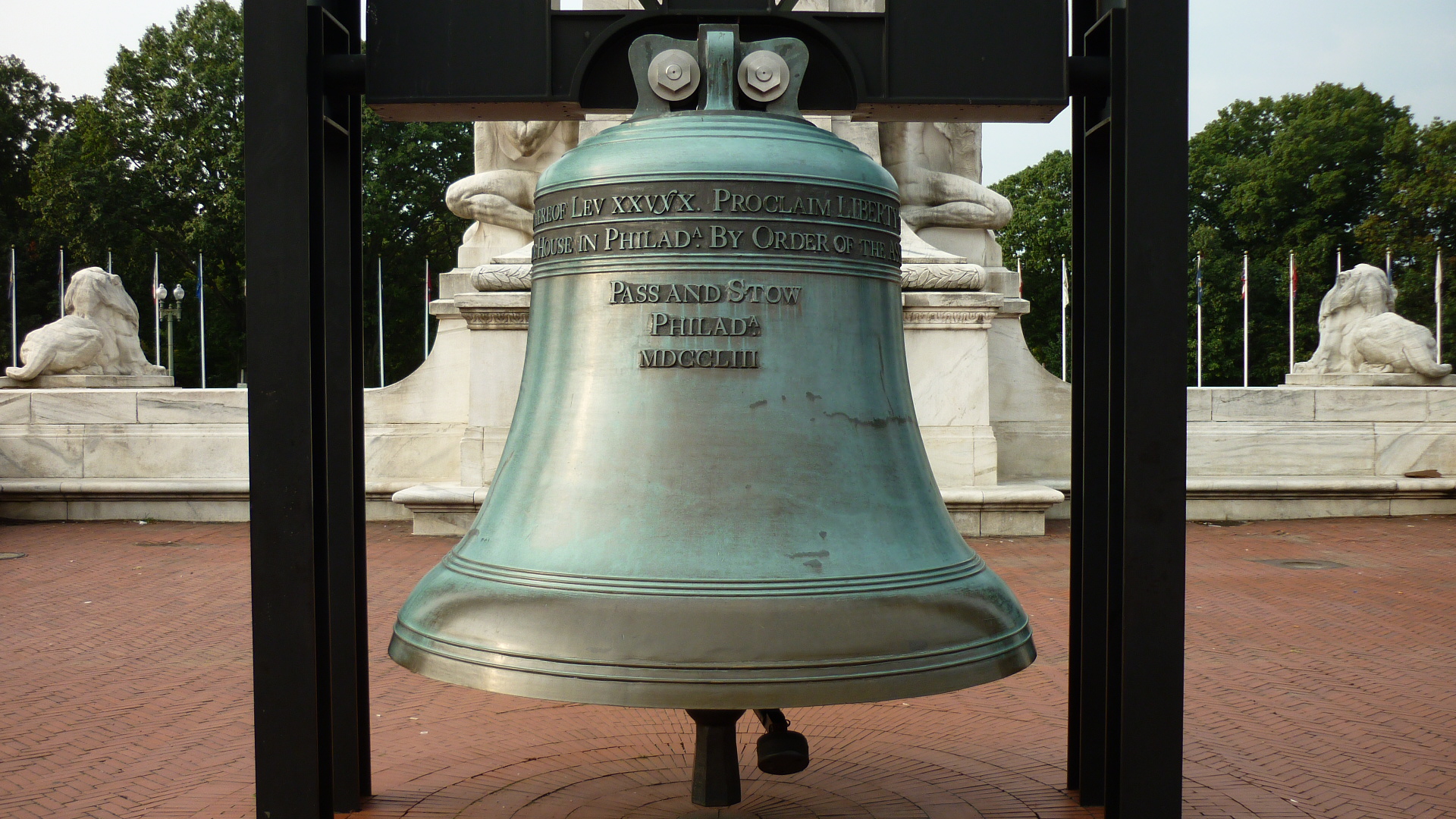 In 1876, The United State celebrated the centennial in Philadelphia with the display of liberty Bells replica from each state. The display bell of Pennsylvania was made up of sugar. And in 1950, the federal government gave replicas of Liberty Bell to every territory and state as the part of national U.S. Saving Bonds Campaign in America.

These are some interesting facts about Liberty Bell which you may not have heard of.

10 Greatest Historical Cities In The World