Read the story of David Charles Hahn who was fascinated by science and built a nuclear reactor in his backyard. 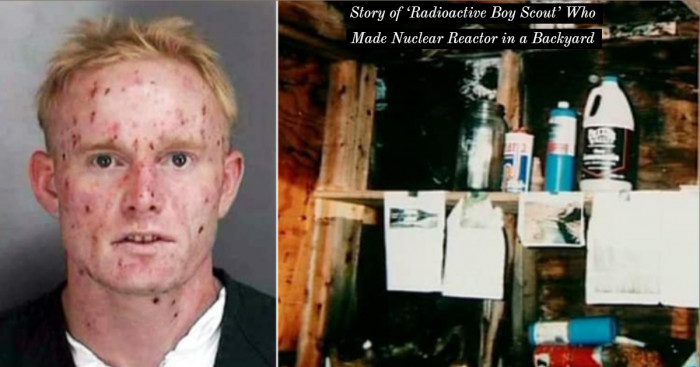 You might have heard or read bizarre stories about people on the internet who built extraordinary things. While some think how can one be so foolish, others think wow they are so creative.

Experimenting things makes you learn the scientific concepts that you haven’t explored before. When you were a kid, you might have done science activities like creating a tornado, writing invisible messages, and playing with a magic mud. If you haven’t tried any, here are some experiments that you can try at home. But who would have thought of building a nuclear reactor and that too in their backyard?

David Charles Hahn, right from a young age, found science and chemistry interesting and conducted several experiments for fun. However, no one can expect to build a nuclear reactor at home.

It was in 1994 when David Hahn was 17 years old and made a nuclear reactor from lanterns, duct tape, batteries, and uranium. His invention made him famous, and David got a new name as ‘Radioactive Boy Scout.’

Read the story below on how he build a nuclear reactor in his backyard. 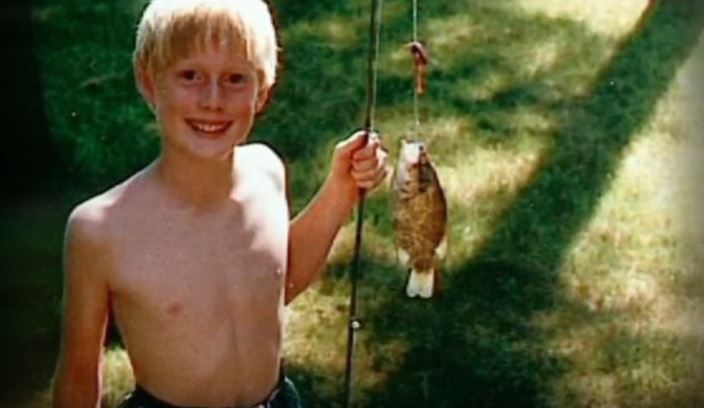 Born on 30th October 1976, David Hahn was an American who conducted science experiments secretly in a backyard at his mother’s house in Commerce Township, Michigan. He first gained the attention of police when he was caught carrying radioactive material in his vehicle.

He spent years in conducting several chemistry experiments which sometimes caused small explosions. David developed his interest in chemistry after reading ‘The Golden Book of Chemistry Experiments’ and even collected samples of every element in the periodic table.

He received a merit badge in Atomic Energy and got the idea of creating a nuclear reactor that generates more fissile material than it consumes (a breeder reactor). He collected radioactive material from household products such as thorium from lanterns, tritium from gun sights, and americium from smoke detectors. 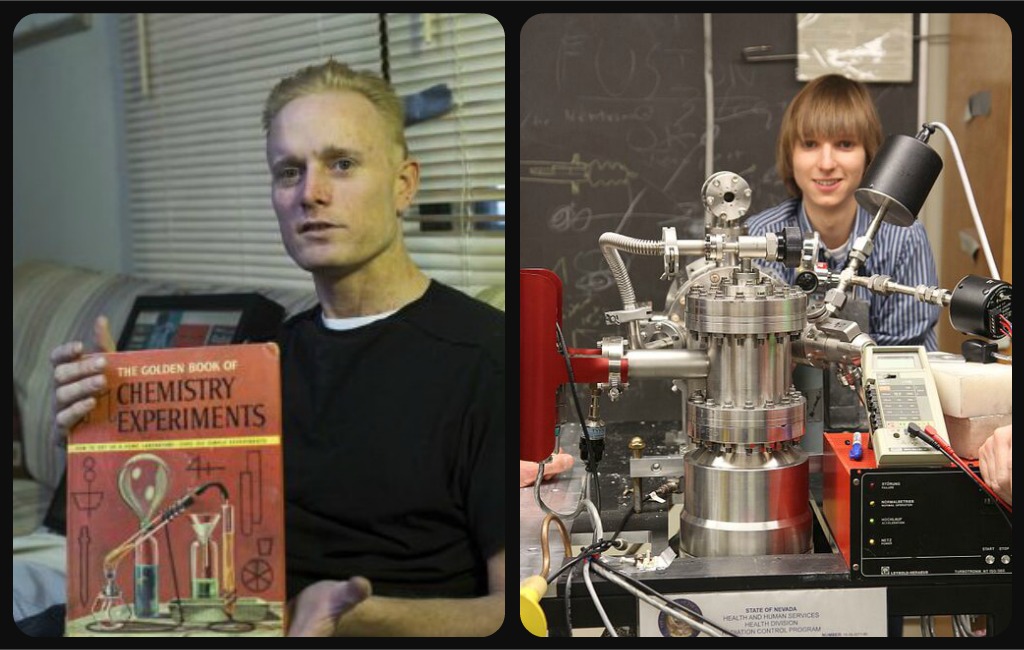 His homemade neutron source ended up in emitting a dangerous level of radiation which was 1000 times larger than normal background radiation.

He then dismantled his experiments, but police discovered his activities which triggered a Federal Radiological Emergency Response involving Nuclear Regulatory Commission and FBI.

It was on 26 June 1995 when Environmental Protection Agency claimed his mother’s property as a Superfund hazardous materials cleanup site and buried the elements as a low-level radioactive waste in Utah. His mother in fear of losing her house without letting officers know threw several radioactive materials in the conventional garbage.

EPA believes that his life’s expectancy may have shortened by his continued exposure to radioactivity, as he spent a long time with radioactive material without safety precautions. (8.1)

When David Hahn Shared His Experiments with his Fellow Troops 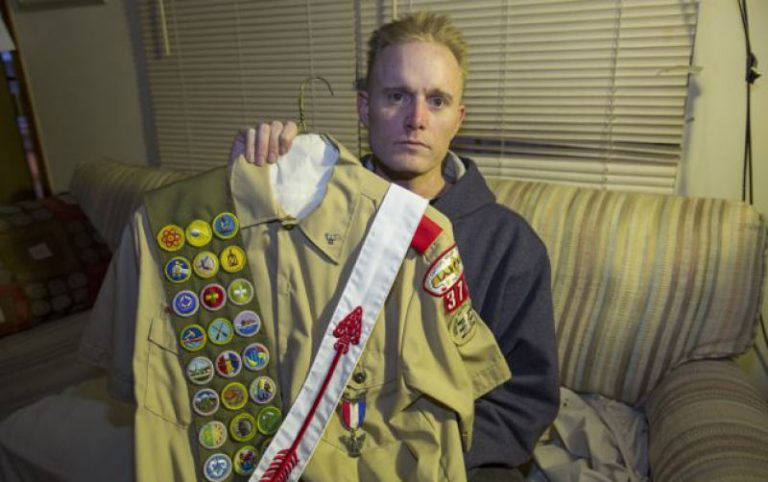 He wanted his experiments to be real, and not only the experiments performed in a school. So he bought beakers and several professional lab equipment. He was passionate about chemistry and wanted to know the ins and outs of the reaction regardless of hazards.

He would share his experiments with his scout troops. One day, he blew a hole in the tent while camping using a personal stockpile of magnesium. His experiments were getting dangerous, but no one in his family and town knew what he is planning next.

This is How he Built a Nuclear Reactor in His Backyard After observing hazards happening, most parents would have taken away the equipment and forbid their kid to perform experiments. But this is not the case. For David parents, these small explosions were the result of their child curious mind. They forced him to set his lab to their basement. They thought this would hinder his enthusiasm, but now David had more privacy to perform the experiments.

When he shifted his lab to the basement, David first caused an explosion using red phosphorus. His parents should have stopped him now, but nope. David now moved his lab into a shed behind his house where he could get more space to cause explosions.

He now felt he had an entire shed, and planned to build something that unknowingly got his family and the town into trouble. He planned to create a nuclear reactor. Yes, you read it right! All he needed was a few radioactive materials to start his project.

He was only 17, so he hid his credentials and wrote several letters and did phone calls to the American Nuclear Society and the Nuclear Regulatory Commission about the radioactive material he would need for his new project. Surprisingly, nobody asked about the credentials, and he learned how to order radioactive isotopes. He obtained radium and luminous clocks from gas lanterns. His parents didn’t know that he spent $1000 on lithium batteries to buy a particular chemical. David gathered all the materials needed for his reactor and built a reactor core.

He had no experience of working with nuclear energy, so the level of radiation emitted by the nuclear reactor rose to a dangerous level. Soon, David knew the levels of radiation and understood that the experiment went wrong and decided to shut the things down. He dismantled the reactor and loaded it into the trunk of the car. Unfortunately, he was caught by the neighbors thinking that he was stealing tires. They called the police and found something terrifying. 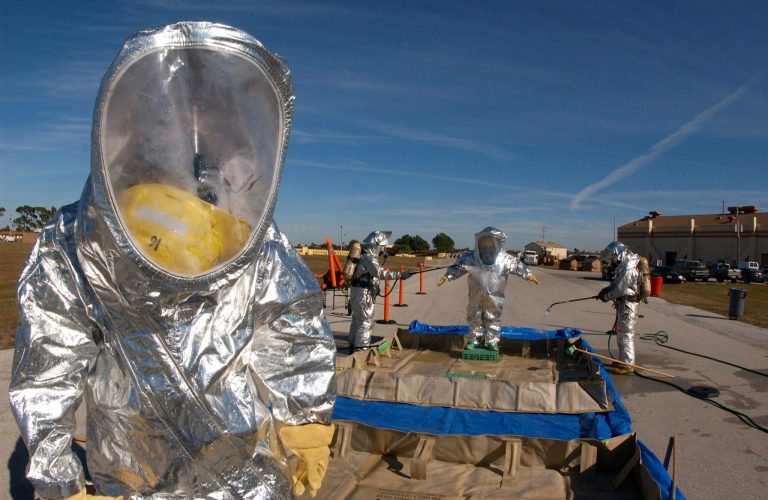 Initially, the cops thought that he was hiding an atomic bomb in his trunk. They called bomb squad to defuse the bomb, and David got arrested. Charges were relieved on a condition that he would not go back to that place until the authorities clear all the nuclear materials. When workers were examining the sheds content, they were shocked at what they found.

They found the materials in David’s lab were dangerous to the environment, animals, and public. People living in David’s society were not only shocked but also worried about their health. His experiment with radioactive materials exposed over 40,000 people to cancer-causing levels of radiation and cost nearly $60,000 to clean the site. And David got the nickname ‘Radioactive Boy Scout.’ 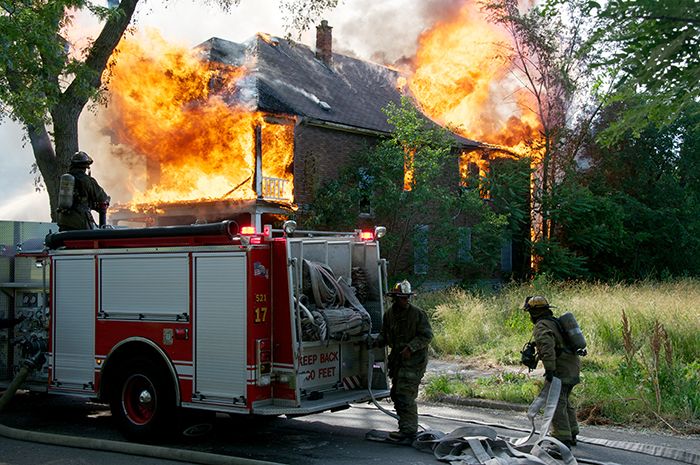 It was in 1995 when The EPA requested to do a full battery test on David. They wanted to know if he had any side effects from his horrifying experiments. He denied but was in a condition to join the navy. He joined the Navy but got addicted to drugs and alcohol. His obsession with science and chemistry didn’t end here. He also dreamt of inventing the light bulb that could glow for over 100 years.

David served four years in Navy. He passed away when he was just 39. You will be shocked to know that he didn’t die of exposure to radioactive materials, but died of alcohol poisoning.

If you like experimenting, make sure that you try under the supervision of professionals. It doesn’t matter, whether you are an expert or a beginner, combining dangerous chemical can cause horrifying outcomes.

This incident gained media attention after writer Ken Silverstein published an article about this nuclear reactor incident in Harper’s Magazine in 1998. Here are more worst historic nuclear accidents happened in the world.

Do you know any person performing such hazardous activities? If so, inform the cops right now and make people aware of these dangerous experiments.

7 Facts about Unkillable Soldier & His Feats During the Army Service