50 Funny Puns That Are Outright Sarcastic and Oh-So Relatable

Get ready to laugh out loud on these funny puns that are truly hilarious. You might find some of them quite relatable! 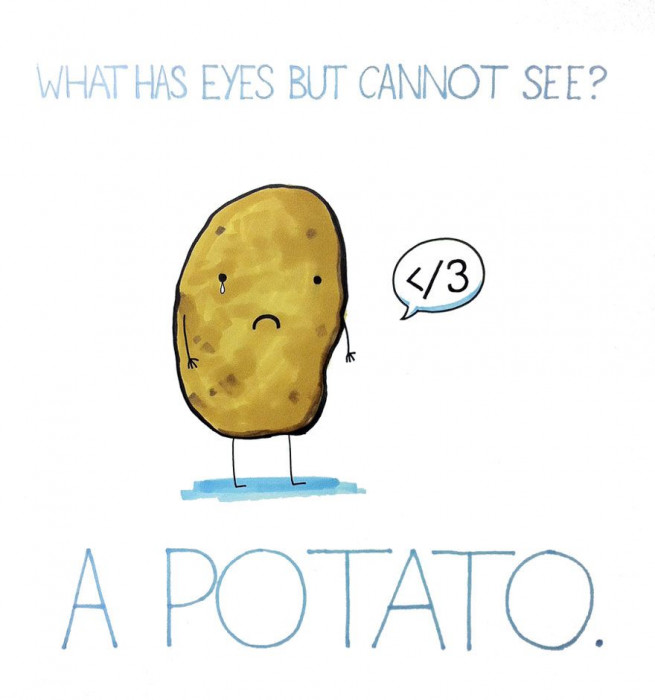 What do you understand by the term Pun? It is a kind of joke or wordplay that exploits multiple possible meanings of a word or sometimes words that sound similar but have different meanings. While some jokes are hilarious, others are senseless puns that are not even punny. But to be honest, PUNs are Pointless, Underrated, Nagrams. Some puns are absurd, but they never lose a piece of hilarity.

I don’t know where this comical pun has come from, but it has kept its popularity from the ages. Sometimes hilarious yet clever, these puns never bore you. But a good pun is always worth laughing. While I read funny puns (that is rare), it confused me, either should I laugh or express regret that I have read them.

So, take a break from your hectic schedule and read these funny puns that would make you laugh and even groan(Maybe!).

1. How did the picture end up in jail? It was framed!

Did you get it?

2. Light travels faster than sound. That's why some people appear bright until you hear them speak.

Yes, this does make sense.

3. I was wondering why the ball was getting bigger. Then it hit me.

Ever happened? Many times!

Yeah! Doctors can be funny.

I hope he finds his lighter on other sites (fingers crossed)!

6. My dad died when we couldn't remember his blood type. As he died, he kept insisting for us to "be positive," but it's hard without him.

7. I'm reading a book about anti-gravity. It's impossible to put down.

8. What is the best thing about living in Switzerland? Well, the flag is a big plus.

Wow! At least you know that.

9. Q: What do you call the security outside of a Samsung Store?
A: Guardians of the Galaxy.

I can call this FUNNY.

10. I tried to escape the Apple store. I couldn't because there were no Windows.

11. I invented a new word! Plagiarism! 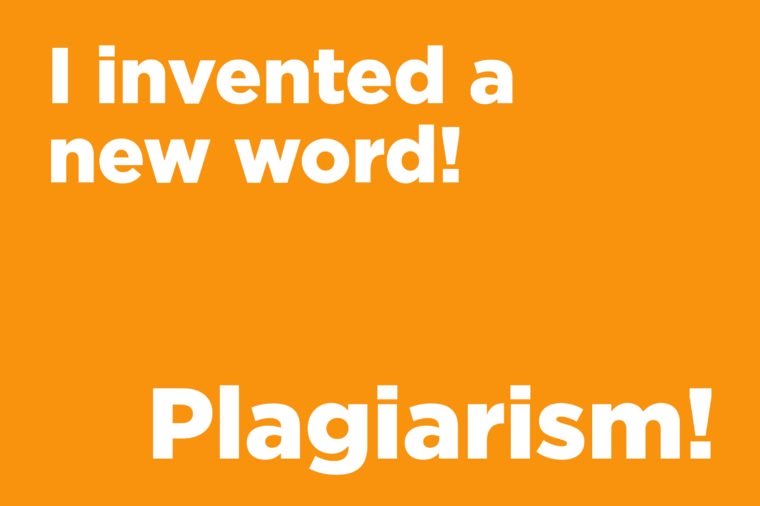 12. Hear about the new restaurant called Karma? There’s no menu: You get what you deserve. 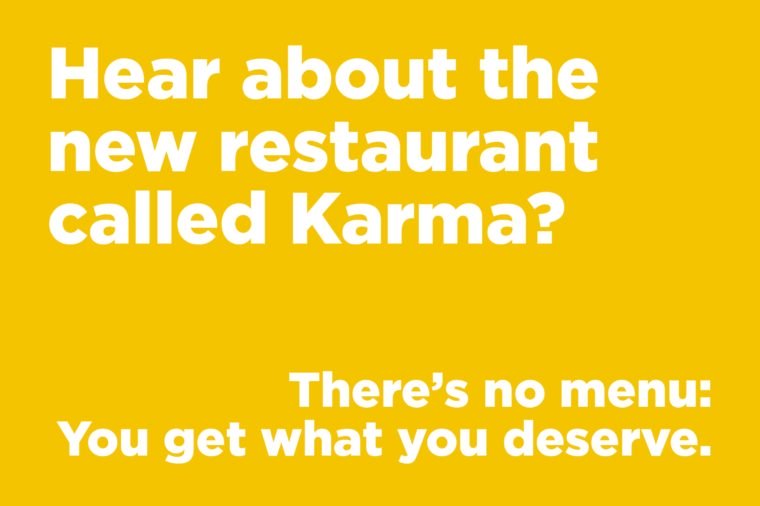 This hit me HARD!

13. Did you hear about the guy who got hit in the head with a can of soda? He was lucky; it was a soft drink.

14. I accidentally handed my wife a glue stick instead of chapstick. She still isn't talking to me.

I hope she talks to you soon! But tell me, did this “really” happen ACCIDENTALLY? 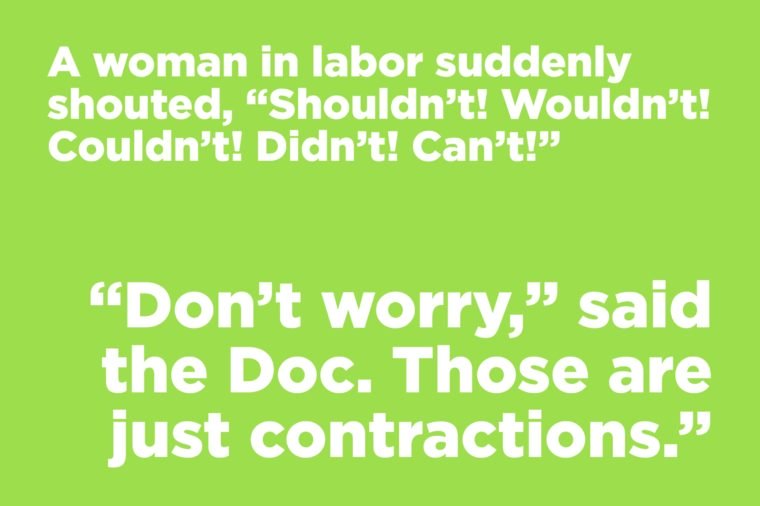 This doctor is so funny.

16. I lost my job at the bank on my very first day. A woman asked me to check her balance, so I pushed her over.

17. A cop just knocked on my door and told me that my dogs were chasing people on bikes. My dogs don't even own bikes.

Yes, they don’t have bikes. They are innocent.

18. I'm emotionally constipated. I haven't given a shit in days.

I guess you should see a doctor.

19. Thieves had broken into my house and stolen everything except my soap, shower gel, towels, and deodorant. Dirty Bastards!

They don’t need them.

21. When I lose the TV controller, it's always hidden in some remote destination.

Hats off! You did the right thing. Did you come office the next day?

23. My best mates and I played a game of hide-and-seek. It went on for hours. Well, good friends are hard to find.

I wonder where he is now.

24. My girlfriend said, "You act like a detective too much. I want to split up." "Good idea," I replied. "We can cover more ground that way."

Is she still with you? If yes, then marry her, she is serious for you.

25. When I get naked in the bathroom, the shower usually gets turned on.

Which shower? No matter what, you must be HOT.

26. I dated a girl with a lazy eye once. It turns out she was seeing someone else on the side.

27. What do you call a laughing motorcycle? A Yamahahaha.

Do you have any other answers? No? Then laugh on this one.

28. What happens if you eat yeast and shoe polish? Every morning you will rise and shine!

Hahaha! Every kid should read this.

29. I can’t believe I got fired from the calendar factory. All I did was take a day off.

On which day you took off? On 31st June?

This is way too silly.

31. England doesn't have a kidney bank, but it does have a Liverpool

Have you heard about Cockermouth in Cumbria?

32. When everything is coming your way, you're in the wrong lane

33. Which country’s capital has the fastest-growing population? Ireland. Every day it’s Dublin.

This was not at all funny, but I like it.

34. What are the strongest days of the week? Saturday and Sunday, the rest are weekdays.

Yeah! The rest are working days, and they are weak.

35. What do you call an alligator in a vest? An investigator

36. Sleeping comes so naturally to me; I could do it with my eyes closed.

Can you sleep with open eyes?

38. I like European food, so I decided to Russia over there because I was Hungary. After Czech'ing the menu, I ordered Turkey. When I was Finnished, I told the waiter 'Spain good, but there is Norway, I could eat another bite.'

It seems that Europe is the favorite destination of this guy.

39. Did you hear about the guy whose whole left side was cut off?

I hope he is all RIGHT Now.

40. How do turtles communicate with each other? With shell phones!

Should I laugh? Yes.

41. A guy walks into a pharmacy: “I have extreme headaches, my belly cramps, I feel like I’m about to vomit, and my back hurts like something tears the muscles apart.” Pharmacist: “Do you have anything?” Guy: “Nope, I feel fine.”

She’s not ill or anything, but she could definitely get better.

Get Well Soon or Get Better Soon.

This was not comical. Was it?

44. If you spent your day in a well, can you say your day was well-spent?

45. This gravity joke is getting a bit old, but I fall for it every time.

46. Why did the balloon go near the needle?

He wanted to be a pop star.

47. I got very lonely lately, so I bought some shares.

It's much nicer having some company.

This was relatable? I think everyone should do this.

48. Why was the chef arrested? He was beating eggs every day.

49. What did the hamburger name its baby? Patty!

50. Who is the penguin's favorite Aunt? Aunt-Arctica!

One needs a keen observation to read and understand a pun. It has come a long way and is related to human writing.

For instance, the Roman playwright Plautus was known for puns and word games.

Which of the above funny puns made you laugh? If you didn’t find them hilarious, don’t worry, these dirty sounding names with terrible puns may make you laugh. Do you know other puns that can crack everyone? If so, share them with us below.