Have you ever seen an animal buying things in exchange for cash? No, right? But this monkey robbed a jewelry shop and stole 10,000 rupees. What do you think about why he needs money? Read the full story here. 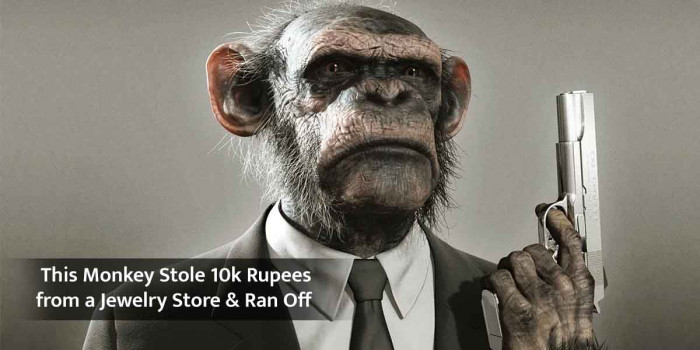 It is said that animals have human-like habits; they feel emotions, show experience of fear and affection, laugh, work in a team, have a language to communicate.

Do you know some animals are not only cute but are intelligent than you could ever think? For instance, Chimpanzees are the closest relative of humans and share 99% DNA with humans. Pigeons can learn abstract mathematics and are the only non-humans with this ability. Do you know other intelligent animals?

You know that animals could laugh, cry, or share emotions, but can you believe that they could rob like humans? Yes, this monkey in Andhra Pradesh robbed a jewelry shop. Surveillance footage shows monkey opening the glass door and stealing the cash kept inside it and then escaping like a thief.

Employees of the store said that this the second time when the monkey had visited their store. The first time he was not able to enter the shop.

The Staff Offered Him Fruits 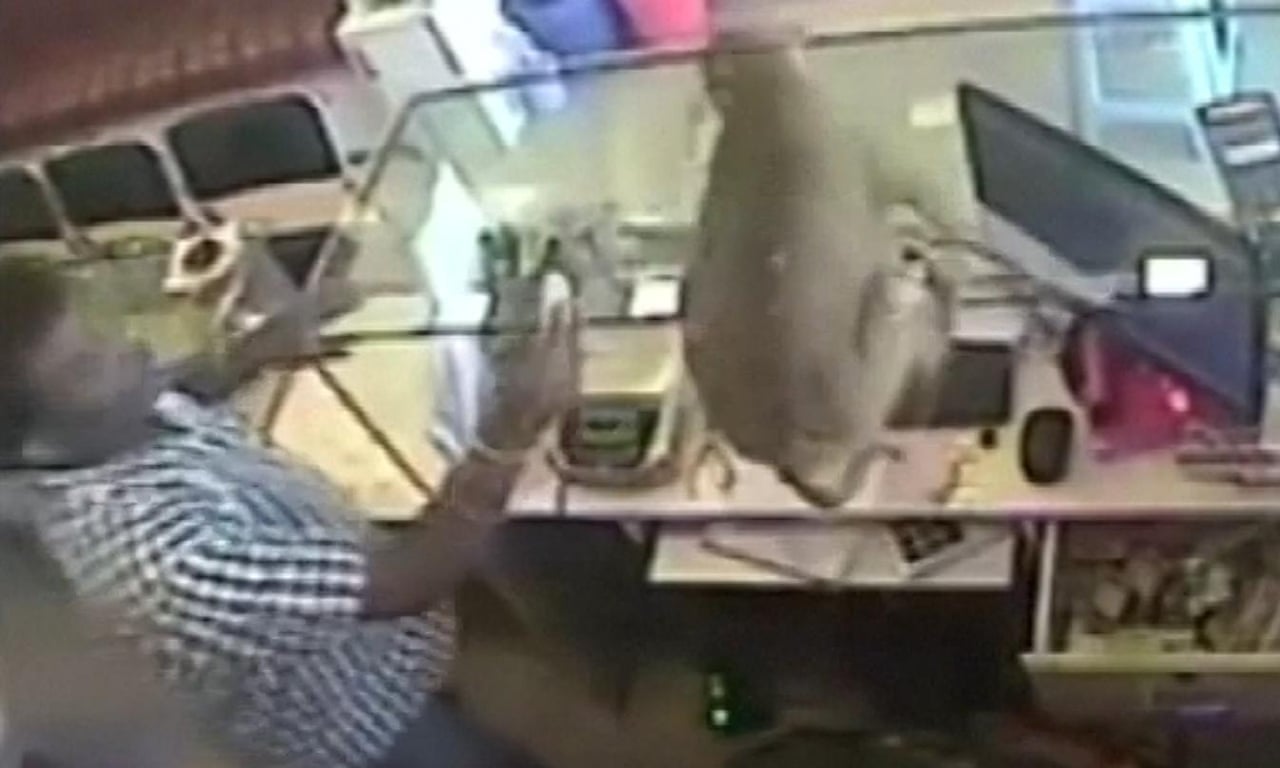 When he entered the shop, the staff offered him guava by keeping it outside the main door. But he wanted the guava inside. Do you know what happened next? But he threw guava inside the shop and took the cash and fled. He was in the store for around 15-20 minutes and then checked everywhere. The staff thinks that he is trained. He robbed around 10,000 rupees from the cash counter and then ran.

See how the monkey stole rupees from the cash counter in the below video.

I find this monkey robbing cute and hilarious at the same time. But I am wondering what he would with this money. I have seen animals, especially monkey snatching fruits, mobiles, and other things from humans, but this the first time that it stole cash from a store and ran.

Have you seen any monkey shopping for clothes and foods from a grocery store? If yes, then he could be this monkey. Better you don’t take a risk with your cash and other valuables when he is around. Not only with this monkey, but with every animal around you. Who knows when their mood changes and they ask for money from you for shopping.

Monkeys are trained to do a stunt, drive cars, and ride bicycles. But they could also be trained to rob.

Have you seen any animal doing this kind of thing? What was your reaction to it? Share your views below.