Not all means of travel are safe. Here are some horrible aviation disasters that took the lives of thousands of people. 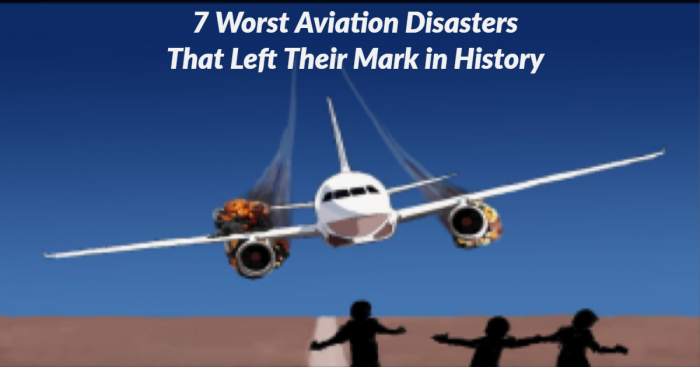 Be it a train, bus, or plane, every means of travel has certain risks and benefits associated with it. No doubt, air travel is the best and the fastest means of travel. However, it is not always safe.

Many air crash stories and accidents have been published in the newspaper since its birth. As the carrying capacity of the flight is increasing, more accidents and casualties are happening. Aviation accidents may be caused by weather changes, mechanical failure, or human error.

In ancient times, there were no transport services available. Over the years, modes of transportation have evolved and have provided flexibility to humans. Now, they can travel anywhere in minimum time. But, the risk of traveling is the same. Accidents can happen anytime and anywhere.

Below are a few incidents of horrible aviation disasters that killed thousands of people. 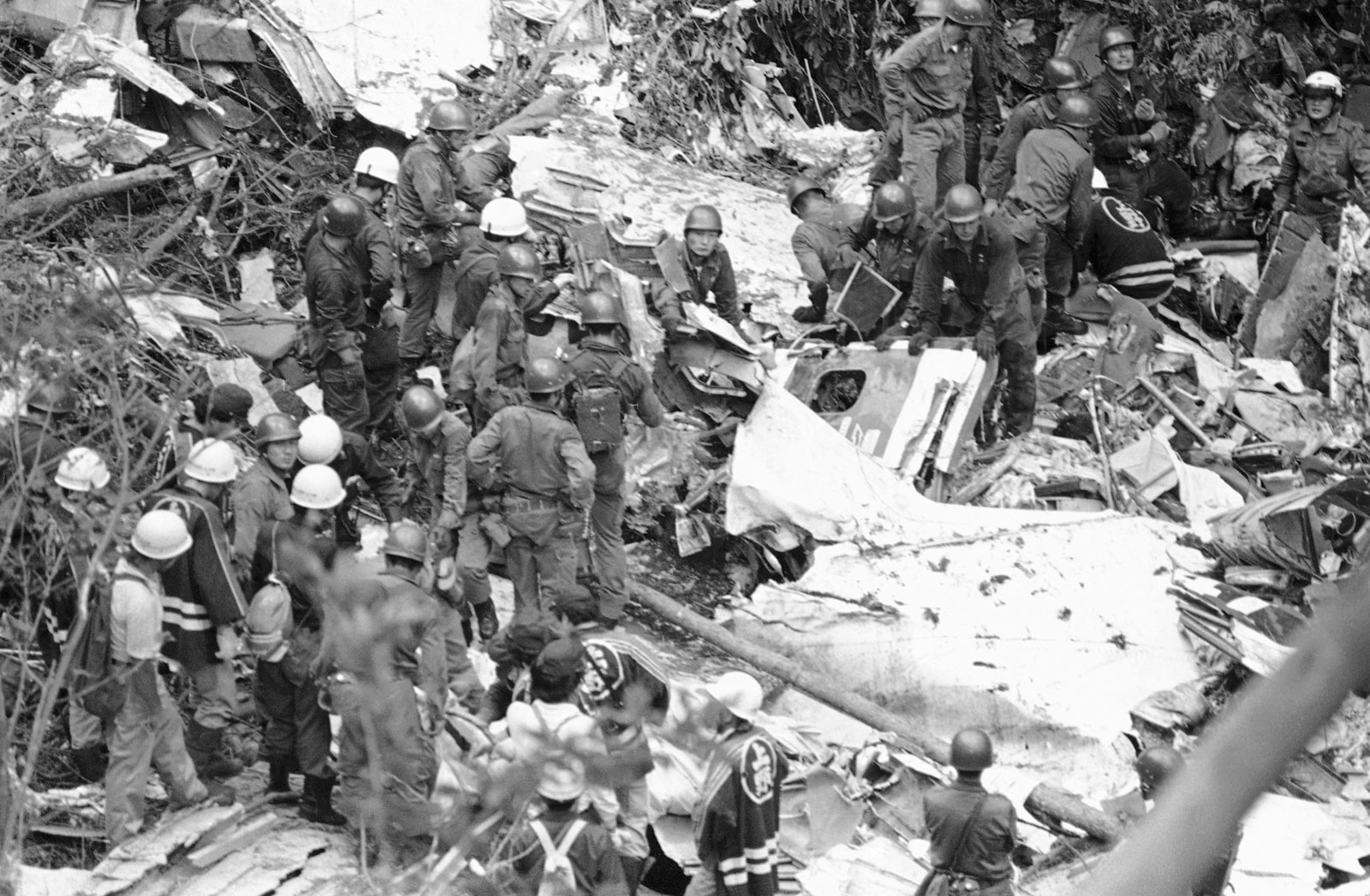 The accident of Japan Airline Flight 123 is the most horrifying aviation disaster to date. It was scheduled from Tokyo’s Haneda Airport to Osaka International Airport.

On 12 August 1985, Boeing 747SR operating this route suffered a sudden decompression and crashed in the area of Mount Takamagahara, in the north-west of Tokyo. This decompression resulted in the loss of the rudder and hydraulic system.

Despite this, the team managed to keep the plane balance for another half an hour. Unfortunately, it crashed into a ridge and killed 520 passengers, leaving four survivors. Here are a few cases where people got lucky and survived the plane crash.

Here’s the recording of the crew members while the accident was happening. 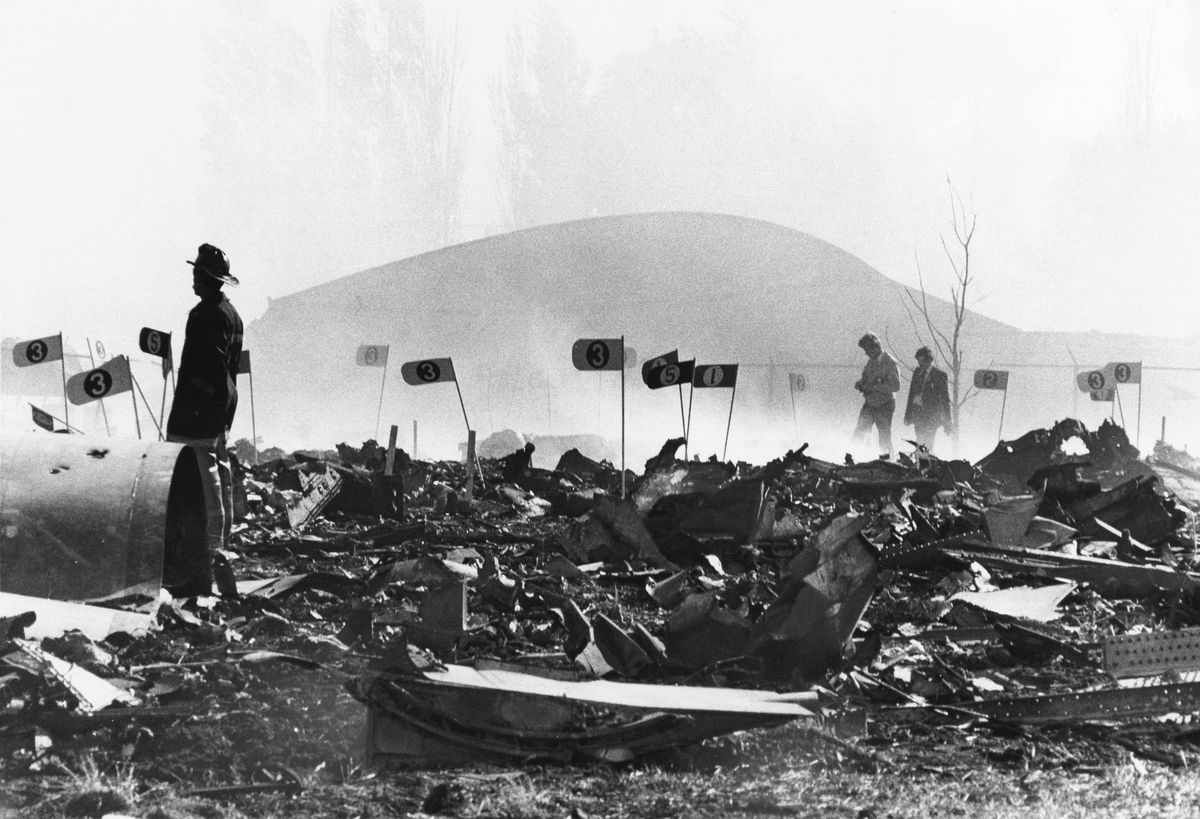 The crash of American Airlines Flight 191 is the worst accident within the United States. The disaster happened the moment it took off.

One of the engines from the left-wing separated from the aircraft and flipped over the top of the wing. This caused more damage and also affected the hydraulic fluid lines.

The aircraft lost its balance and crashed into a nearby field. This accident killed 273 people on-board and two on the ground. 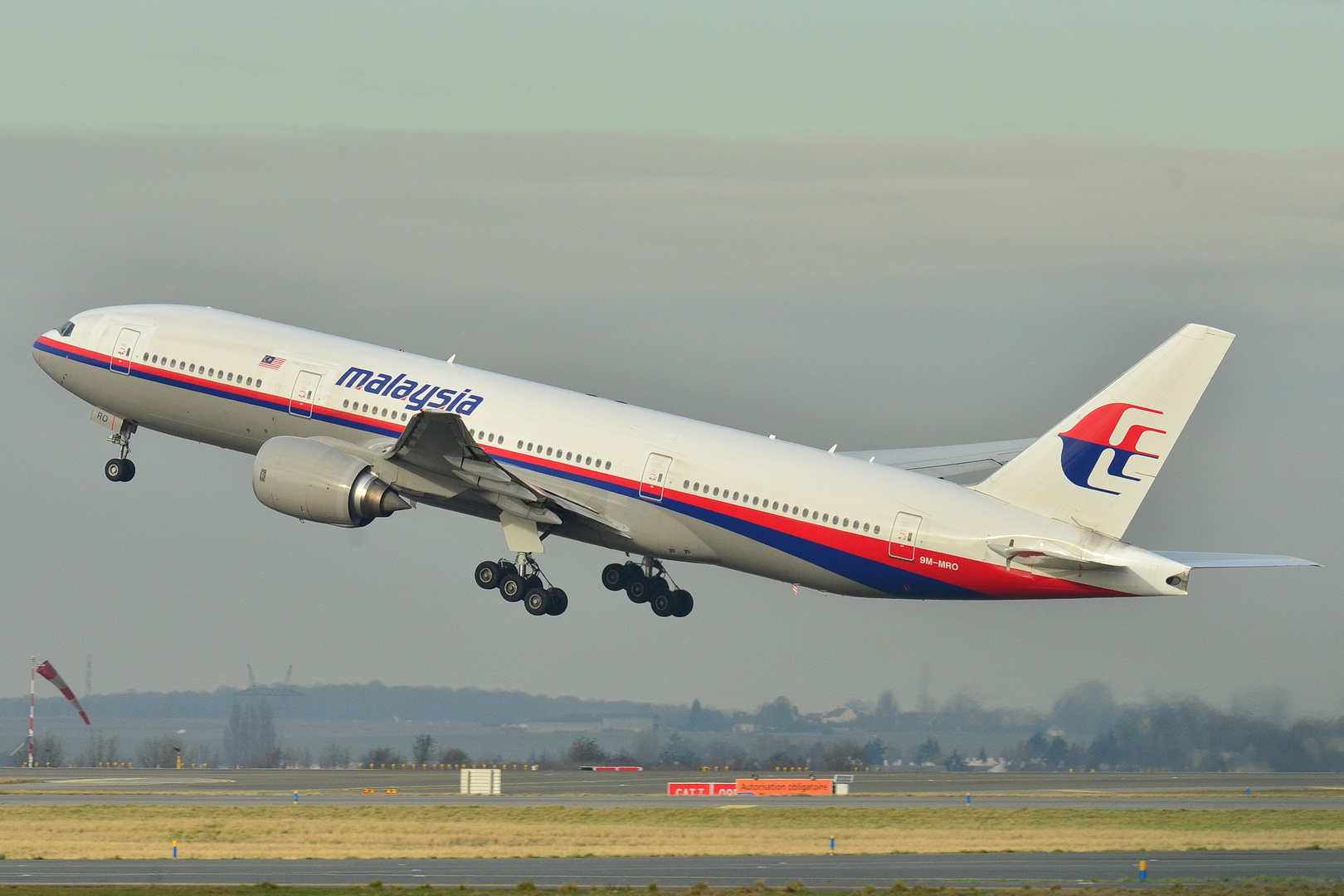 Malaysia Airlines Flight 370 mysteriously disappeared in 2014. The flight was scheduled to travel from Kuala Lumpur to Beijing. In between, it lost contact without any warning to air traffic control.

The aircraft was then searched by several nations across the Southern Indian Ocean, but no trace of Flight 370 was recovered. Several pieces of marine debris found on the Indian Ocean islands off the coast of Africa confirmed the piece of Flight 370 in 2015.

According to experts, flight changed its route for unknown reasons and continued to drive until it ran out of fuel. All people on-board were presumed to have lost their lives in the crash. 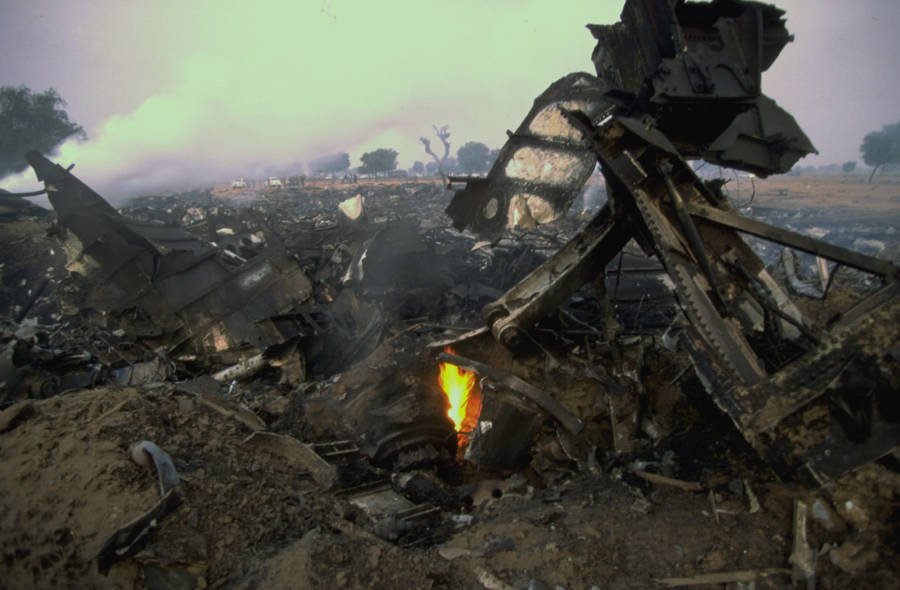 This was the worst mid-air collision and left no survivors. It killed 351 passengers on the spot. Charki is a village (around 100km) to the west of New Delhi and became infamous after this disaster.

The collision occurred after Saudi flight took off from Delhi, and Kazakhstan was getting ready for the arrival. The poor communication between the pilots and the absence of a secondary surveillance radar at Indira Gandhi International Airport caused this accident. Both flights crossed at the same time, and pilots couldn't balance the flight.

All the people on both flights died. 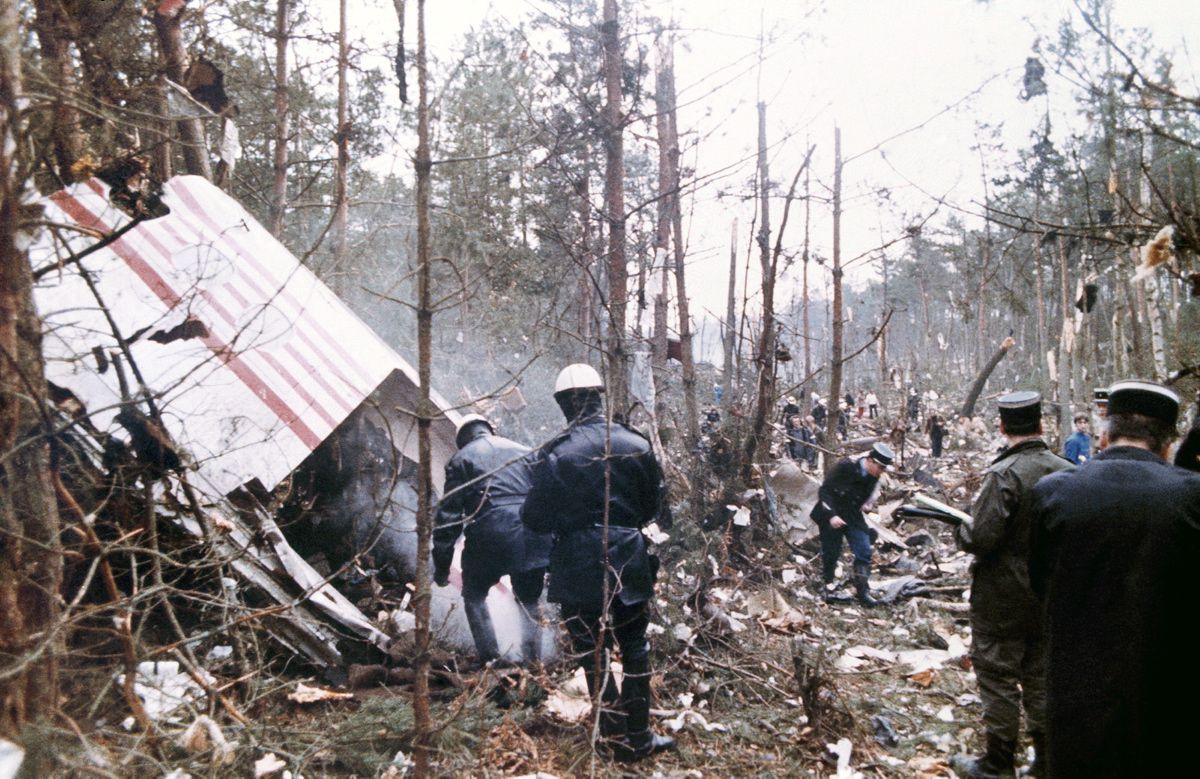 This aircraft was crashed on 3rd March 1974 in a French forest on its way from London to Paris. This crash is also known as the Ermenonville air disaster.

The crash happened because of an incorrectly closed latch in the cargo. The cargo-door opened and burst in mid-flight. This caused explosive decompression.

Several rows of seats were ripped out of the plane, and the floor of the cabin was partially collapsed. The pilots were unable to land, and 346 people were killed.

To date, the crash of a China Airlines Flight 140 is the deadliest accident in the history of China Airlines. It was a regular flight scheduled from Chiang Kai-shek International Airport to Nagoya airport, Japan.

The accident occurred when the officer on-board activated the TO/GA before the Airbus A300B4 - 622R was about to land at Nagoya. This button changed the throttle position that is required to take off.

The plane crashed and killed 264 people out of 271 on-board. 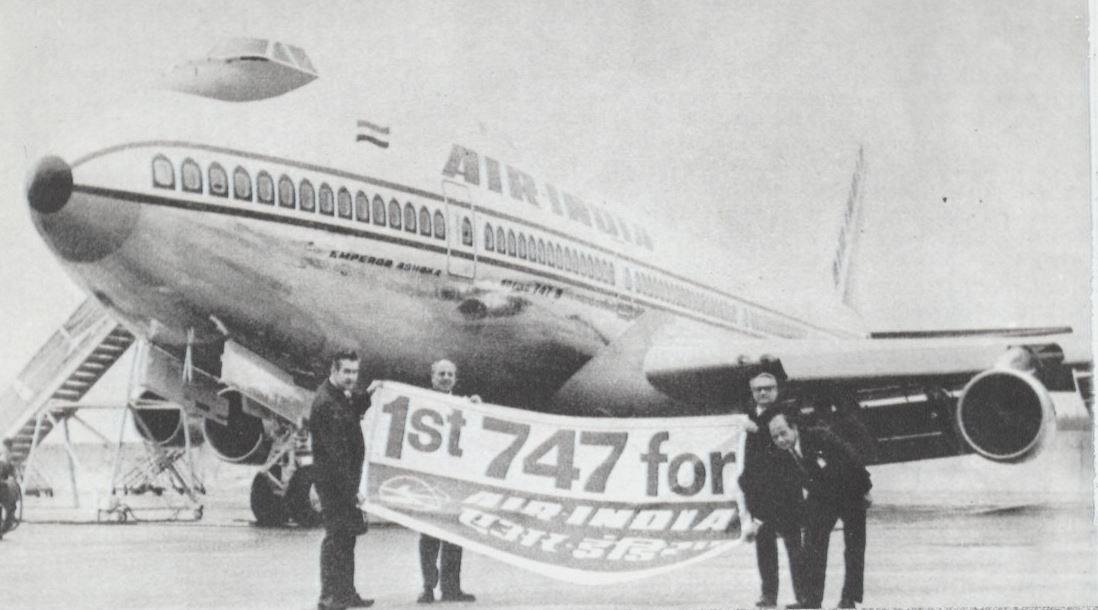 It was on New Year’s Day when the Air India Flight was departing for Dubai from Mumbai. The flight took off but crashed into the Arabian Sea after a few minutes.

The accident happened as a result of the equipment failure and miscommunication between crew members to respond appropriately. Also, the readings of the AI instrument was not read due to the darkness of the sea. All the people on-board were killed in the tragedy.

These aviation disasters have left a mark in history. Accidents in any way kill thousands of people and cause damage to everyone.

Which mode of transport do you find best? Here are some future means of transport that exceed human expectations and have already attracted millions of people.

Have you ever seen or survived an aviation accident? How was your reaction to it? Share your views with us below.

These Shocking Pictures Depict How Humans are Destroying Nature