15 Interesting Facts About Stephen Edwin King to Know Him Better

How well do you know the American author Stephen King? He is a prolific writer and has written several novels in suspense, horror, and fantasy genres. 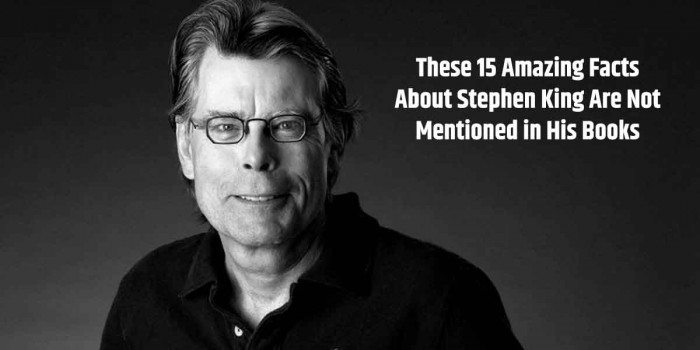 You might have heard or read the books by the popular American author Stephen King. He has written supernatural fiction, horrors, and suspense books. Many of his books have been adapted into a television series, feature films, and comic books.

Stephen Edwin King has written over 61 novels and six non-fiction books. Furthermore, he also wrote around 200 short stories, most of which have been published in book collections. But do you know, along with writing, he also did a job as a janitor and did the teaching?

This king of Horror has been publishing incredible pieces of stories for 45 years and is still going. He is profound, witty, and the master of suspense. But how well do you know about this King of Words? Know facts about Stephen King below. 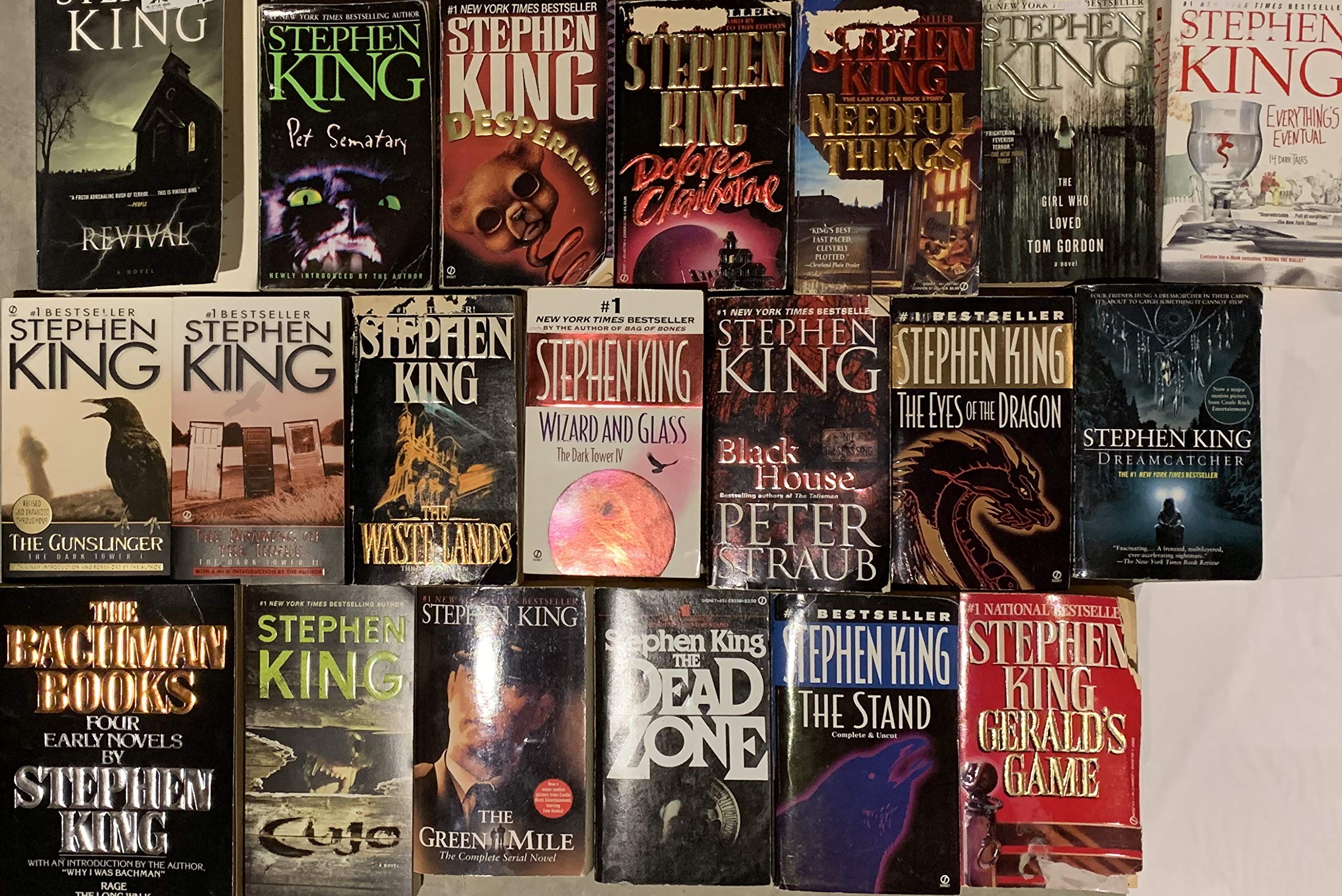 Stephen Edwin King stands 6’4 tall. Within 45 years in the writing, you know he has published over 61 novels, 200 short stories, and six non-fiction. 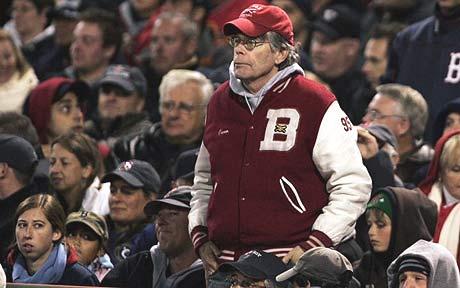 He is a hardcore fan of Red Sox. He not only wrote the story about the Boston Red Sox  - The Girl Who Loved Tom Gordon but also did a cameo in the movie Fever Pitch, which is about a crazy Sox fan.

The Boston Red Sox is a professional baseball team in Boston. It is owned by a Fenway sports group, which also owns a popular  Liverpool Football Club.

3. Stephen Edwin King Bought the Car That Hit Him 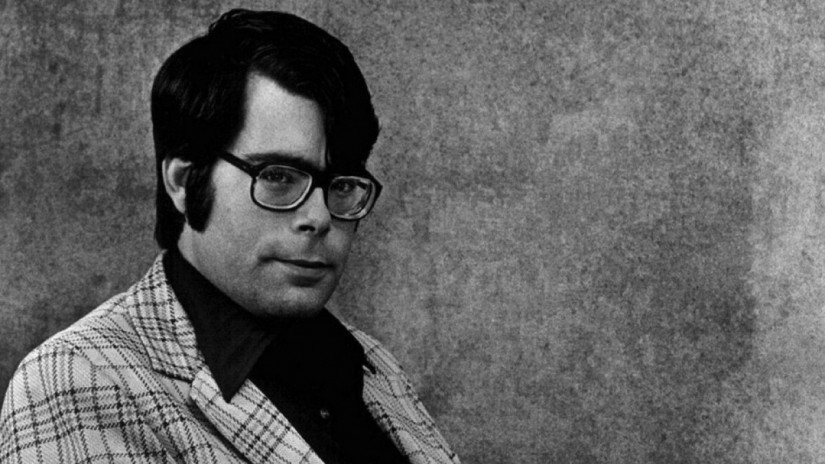 You must have read the news about Stephen’s accident in 1999. He was hit by a van and got multiple fractures to his hip and leg. Later, Stephen and his lawyer bought the van at $1500 and announced-

“Yes, we've got the van, and I'm going to take a sledgehammer and beat it!"

His accident looked like a violent story from one of his books. It was in 1999 when the author was going for a walk near his home, and a driver hit him forcefully. This accident almost killed him, but luckily he survived. 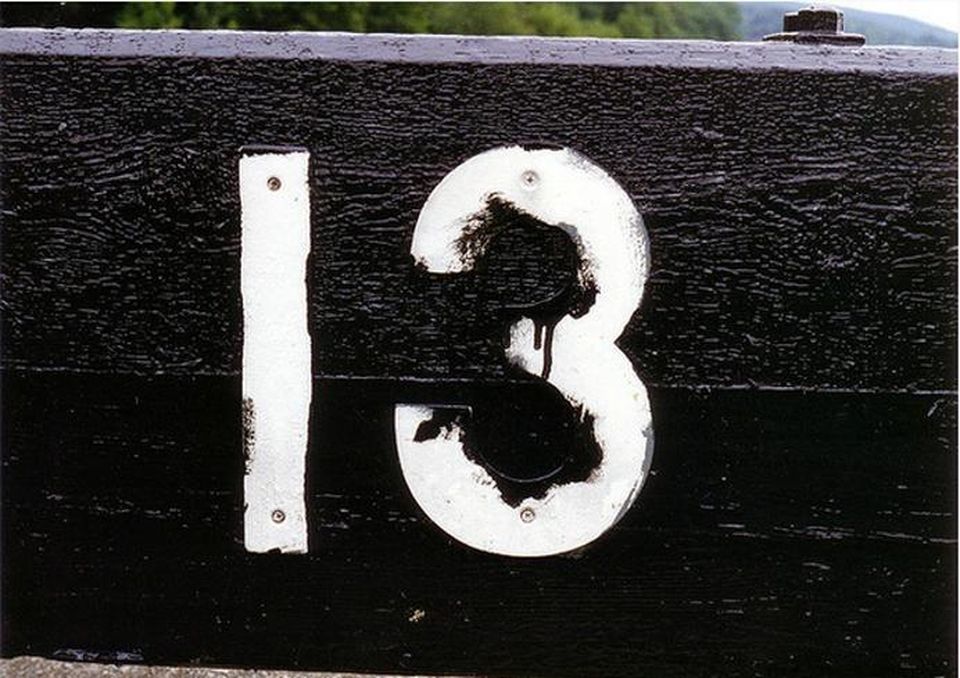 This is one of the amazing facts about Stephen King. He knows how to scare people through his writing. But what scares him the most? Number 13. Yes, Stephen has triskaidekaphobia. Once he said- 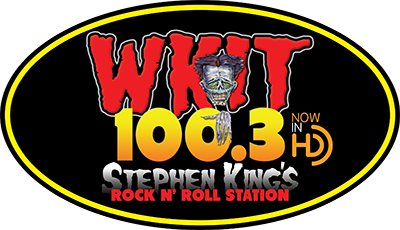 Stephen King and his wife Tabitha have Zone radio, a company that serves three radio stations in Maine, including Stephen King’s WKIT and 100.3. WKIT is a rock station and has a tagline, ‘Stephen King's Rock Station.’ It is one of the few stations that have attracted the audience for a long time.

On the weekends, the station carries syndicated programming. You can check the advertisement for the radio station on Stephen’s official website.

6. Stephen is Not the Only Writer in His Family 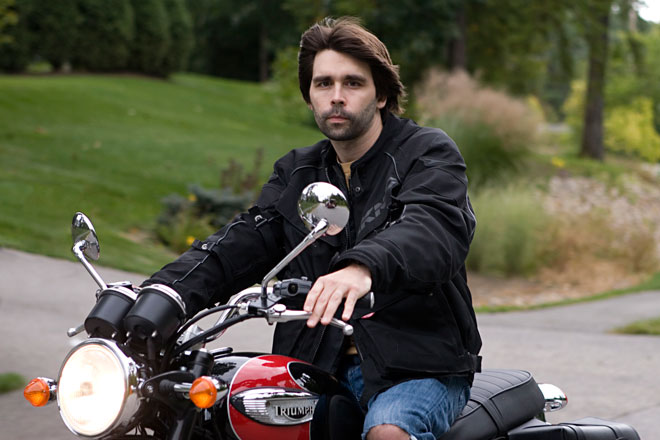 You know Stephen as one of the best American writers. But his wife Tabitha has also published several novels. His eldest son, Joe, is also the best selling horror writer.

7. Stephen Has a Fear of Flying 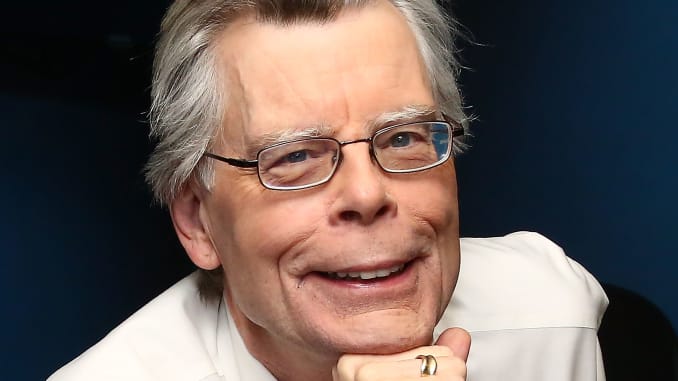 Other than number 13, Stephen also has a fear of flying. He prefers taking a motorcycle on tours and not an airplane. Once in an interview, he said,

"I travel by plane when I have to—I travel by car when I possibly can.”

"The difference is if your car breaks down, you pull over into the breakdown lane. If you're at 40,000 feet and your plane has trouble, you die. I feel more in control when I'm driving than when I'm flying. You hope that the pilot won't have a brain embolism and die at the controls."

Did you know this fact about Stephen King? I didn’t. If you are an avid book reader, tell us how many books you have read till now? Maybe 500 or 1000? But do you know Stephen has over 15000 books in his library and he has read almost all of them? Once he wrote,

He says he reads over 80 books a year. Most of them are fiction. He has a personal library, in which he has thousands of books and has read all of them except a few new additions.

Wow! This is amazing.

9. He has Sold Over 350 Million Copies of his Books 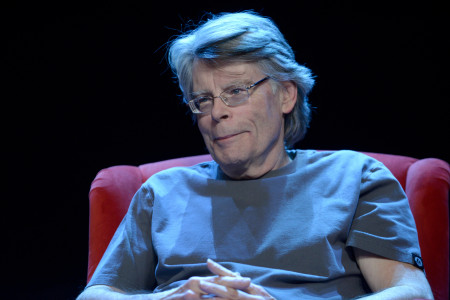 Stephen King is, no doubt, one of the best authors in the world. He doesn’t write for money; instead, he thinks that he can’t do anything other than writing. On his website, he wrote about why he became a writer. He said, 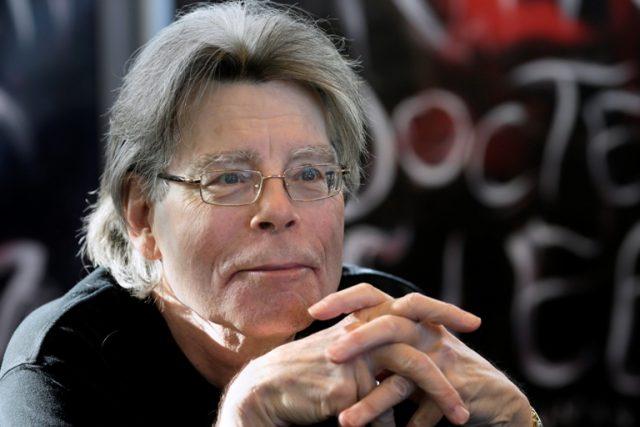 Have you ever wondered about how rich this popular author Stephen King is? You can imagine how rich he should be. He has sold millions of copies, wrote several short stories, and published a few popular yet best-selling books.

As of 2019, Stephen Edwin King’s worth is $400 Million, making him the highest-paid authors in the world. 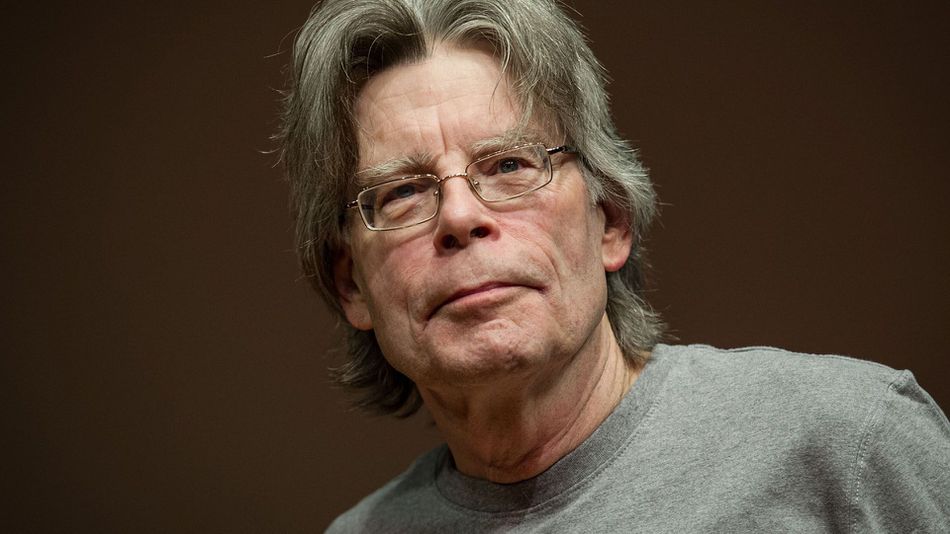 You might be wondering how Stephen got addicted to writing. Initially, he began his career as a teacher at a high school. In his free time, Stephen used to write short stories. Stephen sold his first professional short story The Glass Floor to Startling Mystery Stories in 1967. He then sold several short stories to a men’s magazine.

In 1973, his novel Carrie was accepted by a popular publishing house, Doubleday. This was King’s fourth novel, but first to be published. His novel became a huge hit. Later, Stephen released the novels, including Pet Sematary and The Shining. Pet Sematary was based on the cemetery, which has special powers and could resurrect the dead person. His novels were nominated for a World Fantasy Award for Best Novel.

Also, one man got lucky and bought ‘The Shining’ at the price of a mere $1.99 from garage sales. Check other exotic things found in thrift stores. 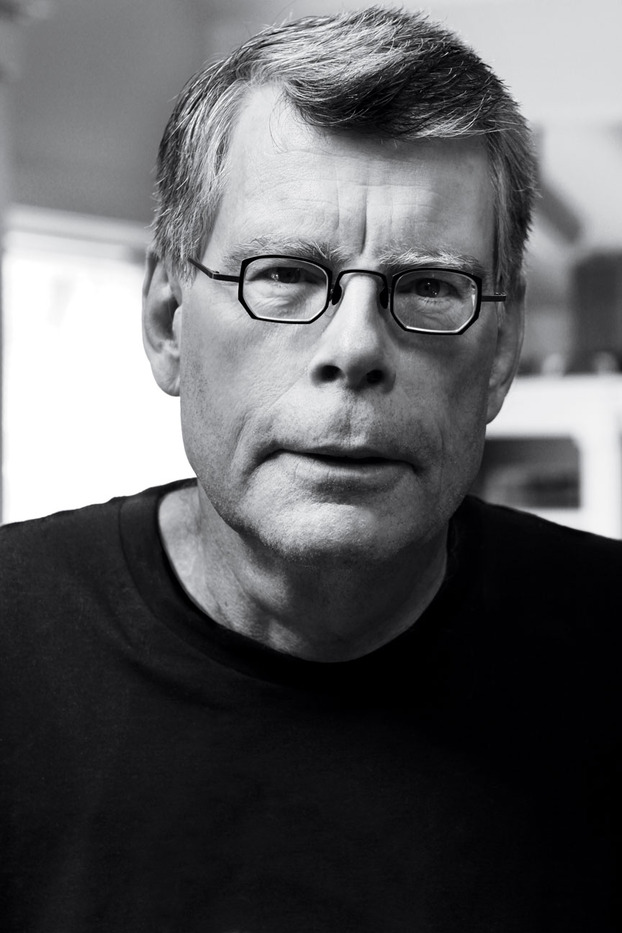 This is one of the strangest facts about Stephan King. Throughout the 1980s, he struggled with alcohol and drug abuse. He once said,

"There's one novel, Cujo, that I barely remember writing at all. I don't say that with pride or shame, only with a vague sense of sorrow and loss. I like that book. I wish I could remember enjoying the good parts as I put them down on the page."

When his family asked him about drugs and alcohol, he confronted regarding the drug paraphernalia that his family collected from the trash can. It was an eye-opener for him, and since then, he is sober.

13. As a Child, He Witnessed a Terrible Accident But Didn’t Remember It 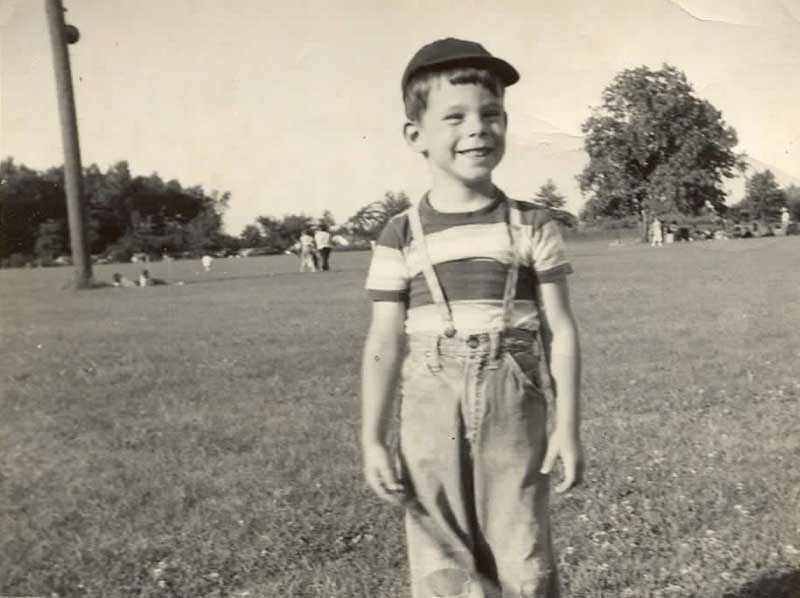 As a child, he witnessed one of his friends killed by a train. He said that he has no memory of this incident. But his family told him that after he went out to play, he came back speechless and in shock.

Some experts suggest that this incident has inspired him of darker works. However, he doesn’t remember anything about this. He said,

"It turned out that the kid I had been playing with had been run over by a freight train while playing on or crossing the tracks (years later, my mother told me they had picked up the pieces in a wicker basket). My mom never knew if I had been near him when it happened, if it had occurred before I even arrived, or if I had wandered away after it happened. Perhaps she had her own ideas on the subject. But as I’ve said, I have no memory of the incident at all; only of having been told about it some years after the fact."

What do you think about this matter? Have you read any book by Stephen King, which has mentioned this incident?

14. Stephen Played Guitar in the Band With Other Writers 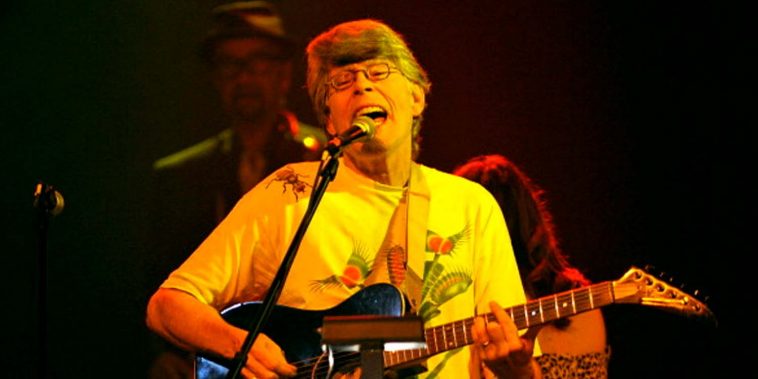 Besides being a writer, Stephen is also a huge music fan. He is also a musician and played guitar for the popular band The Rock Bottom Remainders.

From 1992 to 2012, he played the rhythm guitar for the band. It was the band of several writers including, Matt Groening, Amy Tan, Mitch Albom, Ridley Pearson, and others.

Don’t you think he is a multi-talented man? He is a writer, guitarist, teacher, and whatnot.

15. Stephen Edwin King has a Record of Having the Most Film Adaptations by a Single Author 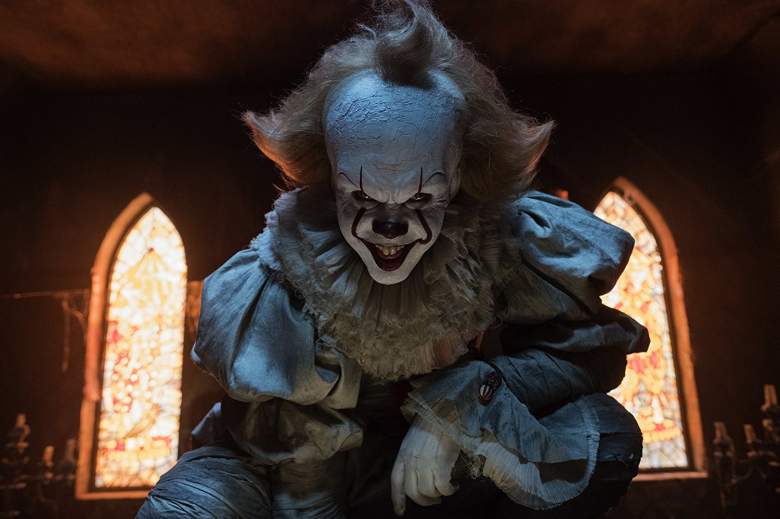 If you are not interested in reading books, you can also watch film adaptations of his works. The Guinness Superlatives announced that around 34 movies are based on his adaptations, making him the only man to have most film adaptations.

Andy Muschietti’s film ‘It,’ which is the adaption of Stephen King’s novel ‘It’ is the highest-grossing horror film of all time. It earned $327,481,748 at the box office.

Don’t worry if you haven’t read or watched his stories. A few of his popular books that you can read are Rose Madder, Desperation, Carrie, Misery, The Green Mile, The Shining, and more.  Also, if you are Stephen’s fan, tell us which book you liked the most.

Do you know other facts about Stephen King? If yes, then don’t forget to share them with us below.