Lori Elaine Lightfoot is an African American politician who serves as the 56th mayor of Chicago. Learn more about her career and early life below.

Several personalities in the world have broken stereotypes. They have made history and are recognized around the world for their powerful personalities. For instance, Helen Keller, who was deaf and blind due to illness, became the first person to own a Bachelor's art degree and worked towards the welfare of blind people.

Do you know about Margaret Thatcher? She was the powerful woman who broke stereotypes and was the only British Prime Minister to serve three consecutive terms. Bethany Hamilton lost her arm when she was 13, but she overcame adversity and continues to inspire everyone.

Another woman in the list who is recognized as the first black woman and openly lesbian person to become a Mayor is Lori Elaine Lightfoot. She was born in Ohio and was the youngest of four children. Her father was a factory worker, and her mother was a school board member.

Let us know about Lori Lightfoot's political career and her achievements. 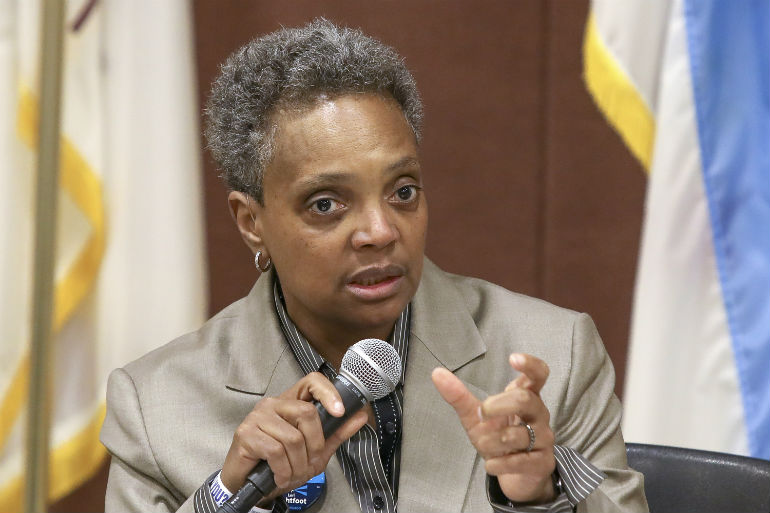 Lori Elaine Lightfoot did her graduation from Washington High School, Massillon. She was a point guard in the basketball team and played trumpet in the school band. Furthermore, she was a Pep Club Member and a yearbook editor. She was active in her school times and was elected high school class president three times.

She did her Bachelor of Arts from the University of Michigan. She pursued different types of employment for her survival and also worked as a resident assistant and even as a cook for the school’s football team. She did factory jobs at home to pay for her education. She worked as a Congress member for Barbara Mikulski and Ralph Regula. She was awarded a full scholarship at the University of Chicago Law School. 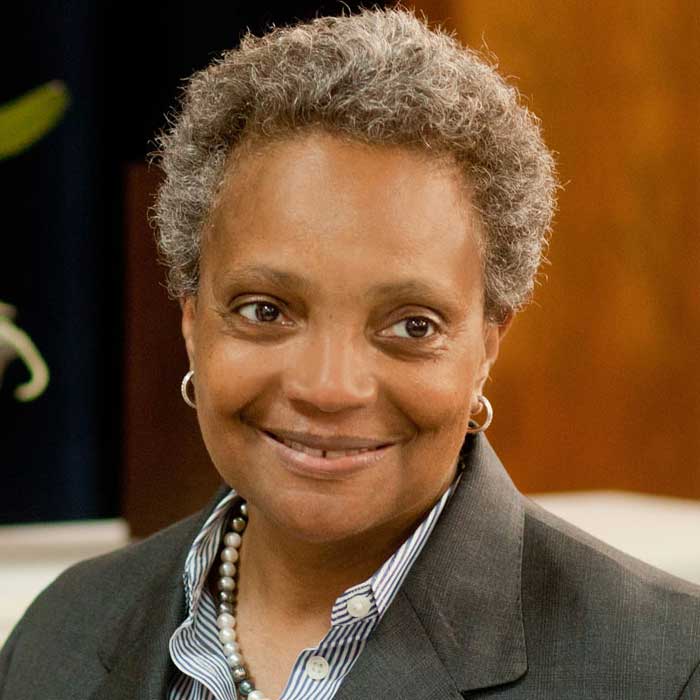 After graduation, she practiced as an attorney at the Mayer Brown law firm and served several clients. She entered the public sector as Assistant United States Attorney for the Northern District of Illinois. While working as a federal prosecutor, she helped to prosecute those accused of federal crimes.

She also assisted with Operation Silver Shovel and helped to convict alderman Virgil Jones. She was issued a warning for misconduct by a judge in a case in which she was found by the United States of the court to have misled a United States Circuit judge regarding the suspect's whereabouts. At 56 years of age, she has never held an elective office before. Earlier, she was an assistant US Attorney before entering private practice.

She was appointed as chief administrator of the Chicago Police Department Office of Professional Standards. Later, she became in charge of investigating different cases of police misconduct.

In one case, she went against the Police Department orthodoxy by recommending the firing of officer Alvin Weems. Initially, it was believed that Weems was accidentally shot, but after video evidence contradicting the claims was revealed, Weems himself expressed feeling that the shooting was unjustified. People did not fire him, but the city was forced to pay a settlement to the family. Later, he died by suicide.

It said that she reversed the order of her predecessor. Later, it was found that the shooting contained untrue statements in the investigation. She disputed the case claiming that police at that time were responsible for the predecessor’s finding that the shooting was unjustified.

She returned to the public sector in 2015 and replaced 19-year incumbent Demetrius Carney as President of the Chicago Police Board. The board’s responsibility was to make recommendations against disciplinary action on certain cases of police misconduct.

During her leadership, the board fired 72% of its cases. In 2016, the Task Force filed a report critical of the Chicago  Police Department’s practices. 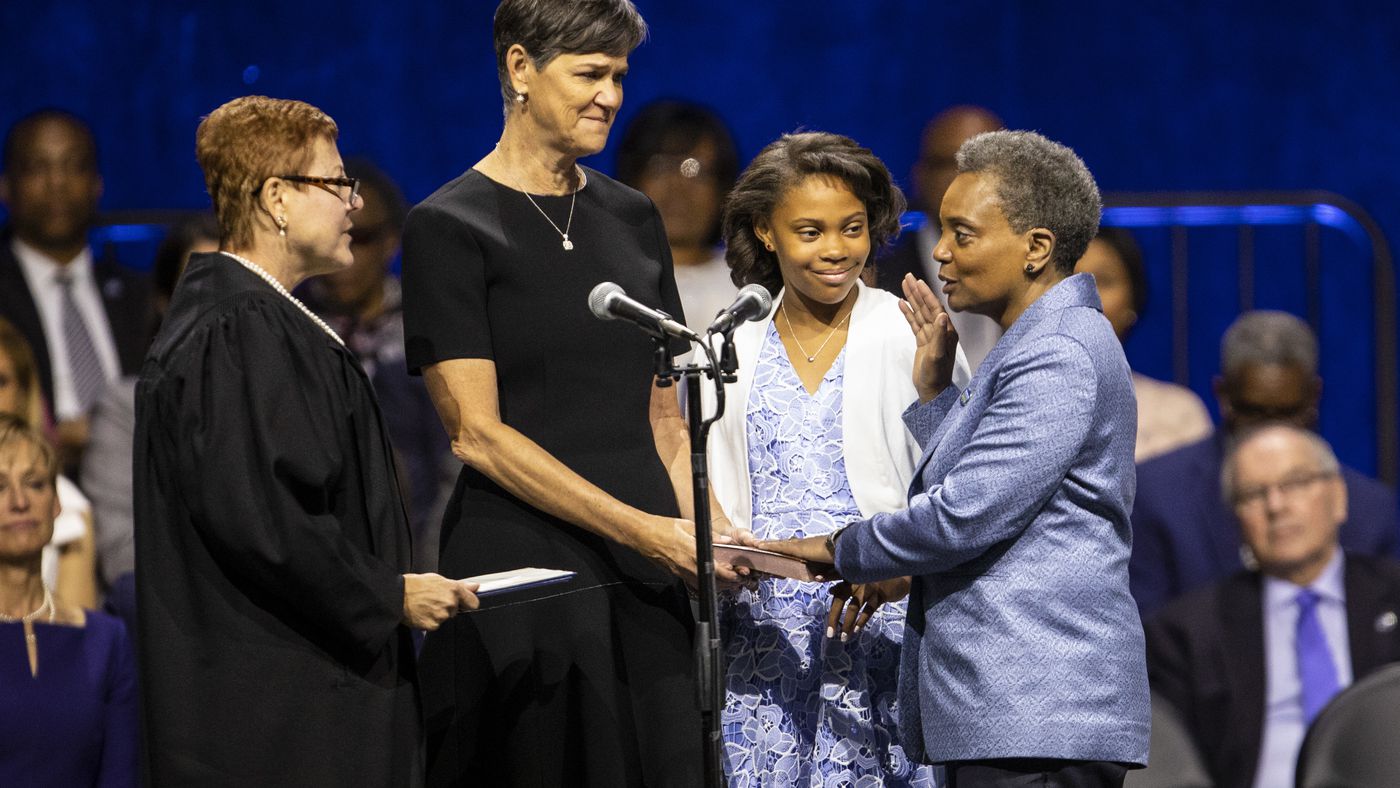 After a few years, she started working in the Chicago Office of Emergency Management and Communications. Later, she was hired by Mayor Daley as deputy chief for the Chicago Department of Procurement Services. She suggested that she left the department of services because of dismay at corruption in the city hall.

As an attorney, she represented Republicans in different cases and protested Democratic gerrymandering. At Mayer Brown, she defended Chicago police officer Paul Powers against charges of physical assault.

She was hired by the city of Chicago to defend the city against charges brought by a mentally ill woman, Christina Gilman. She suffered sexual assault and a seven-story fall after being released by police into Englewood. She also served on the boards of the Illinois chapters of NARAL and the ACLU. Later, she served as external counsel for Bank of America. 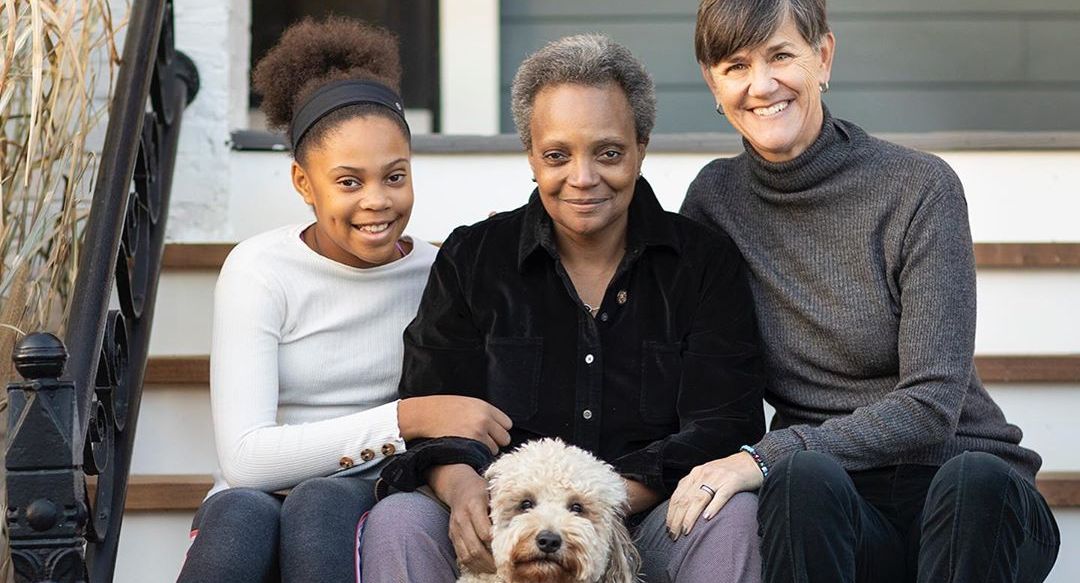 She lived in the Logan Square neighborhood and got married to Amy Eshleman. She is a former Chicago Public Library employee who is a full-time parent to the adopted daughter, Vivian.

In June 2020, Lori Lightfoot was named among the fifty heroes, leading the nation towards acceptance, equality, and dignity for all people by the first LGBTQ Pride parade., Queerty.

Her Decisions and Announcements

In September, she hired former alderman John Arena as an advisor in the city’s planning and department. In November, Lori announced a retired police officer, Charlie Beck, to serve as interim superintendent of the Chicago Police Department.

11 Important Things You Should Know About Lori Lightfoot 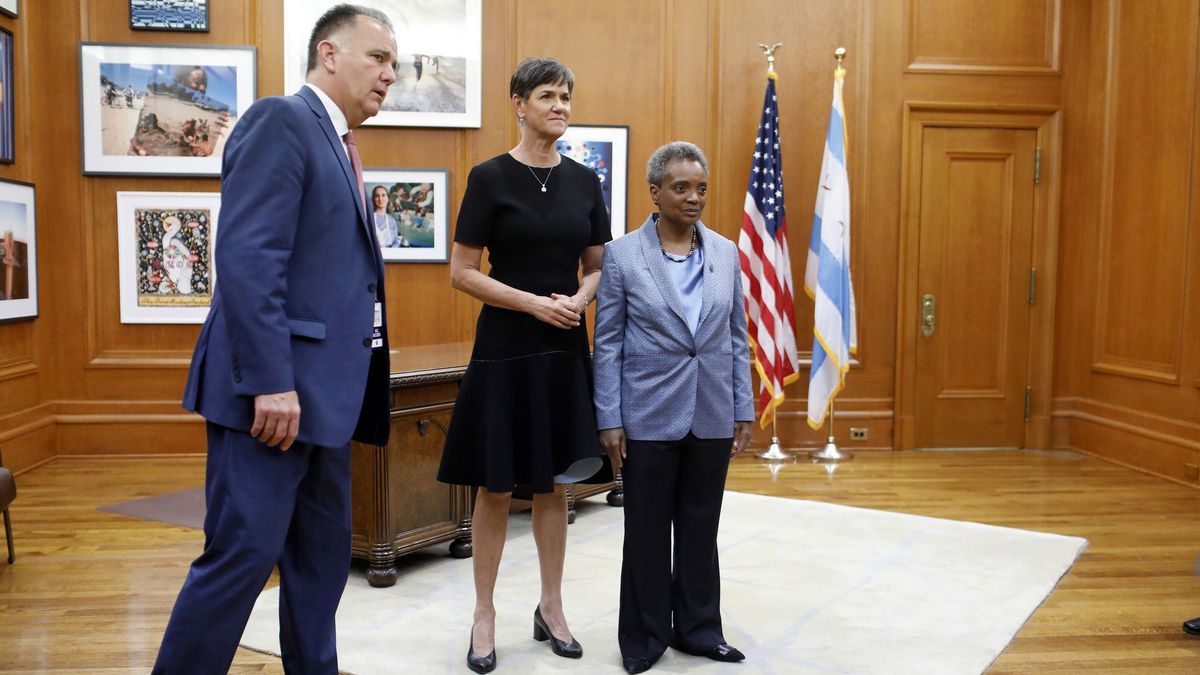 1. Lori Lightfoot became 56th mayor of Chicago on 20th May, succeeding Rahm Emanuel. The first mayor was William Ogden, who took office in 1837.

2. She got married to Amy Eshleman and became the first African-American woman to be the openly lesbian mayor of Chicago.

3. She is humble and ambitious. She remarked on the differences between her competitor and herself. She said,

“Nothing compared to what we can achieve together. Both would work towards bettering the society they loved.”

4. She said she wanted to work and increase people's trust in the government. As a mayor, she wanted to invest in neighborhoods on the south and west sides and hold City Hall accountable, and would be transparent to people.

5. Right from her childhood, she aspired to do several things and to achieve big. She was on the basketball team, played trumpet at her high school, and was also a yearbook editor. Furthermore, she was also elected as high school class president three times.

6. She didn’t succeed immediately. She did nearly 7-8 jobs for her survival to afford her education and then graduated from the University of Michigan with her BA in political science.

7. Her first legal job after graduating was practicing attorney at the Mayer Brown law firm. She mentioned that she entered public service to better represent the African-American community.

8. When she was a federal prosecutor, she helped to bring to trial many drug crimes. She even assisted with operation silver shovel, which was the FBI investigation into Chicago corruption.

9. In 2015, she became the President of the Chicago Police Board. Under Lightfoot’s leadership, the board decided to fire officers in 72% of its cases.

10. She gained support during her campaign and chose several endorsements. The endorsements included support from LGBTQ groups and other politicians.

11. She received criticism during the runoff from popular names such as Chance the Rapper and Bobby Rush.

Indeed! You have read about women who broke stereotypes and are recognized for their power and work. Here are other women heroes who devoted their lives to humanity. Do you know more about this talented personality Lori Lightfoot? If so, then share other facts about her.