A Malaysian man nicknamed “King Tooth” has pulled a seven coach train using a steel rope clenched in his mouth. The man has ... 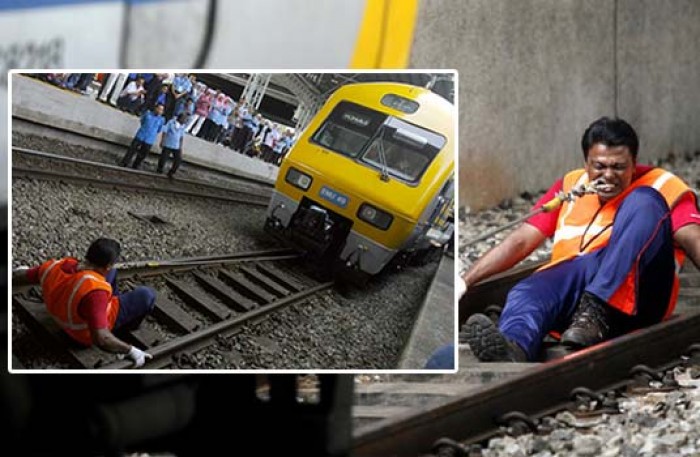 A Malaysian man nicknamed “King Tooth” has pulled a seven coach train using a steel rope clenched in his mouth. The man has set a new world record for heaviest weight pulled by teeth.

Known as Raja Gigi locally, Velu belongs to Tampin, Malaysia. On the eve of Malaysia’s 50th independence i.e. August 30, 2007, Velu Rathakrishnan broke his own record. At the Old Kuala Lumpur Railway Station, he performed this stunt.

Rathakrishnan’s neck muscles strained and his face has consorted while hauling the train weighing over 297.1 tonnes for 2.8 meters.

"I don't know what toothpaste he uses but I am sure a lot companies will be looking to endorse their products from Rathakrishnan."

While Rathakrishnan sat down and pulled the train, dozens of onlookers clapped for him, encouraging him to achieve what he has aimed for. Velu held both sides of the track for support and pushed his feet against the wooden rafters for propelling himself backward and thus proving himself a superhuman.

Rathakrishnan is an ethnic Indian and a strict vegetarian. He holds a previous world record for heaviest weight pulled with teeth. He dragged a 260.8 tonne train on October 18, 2003 for over 4.2 meters. 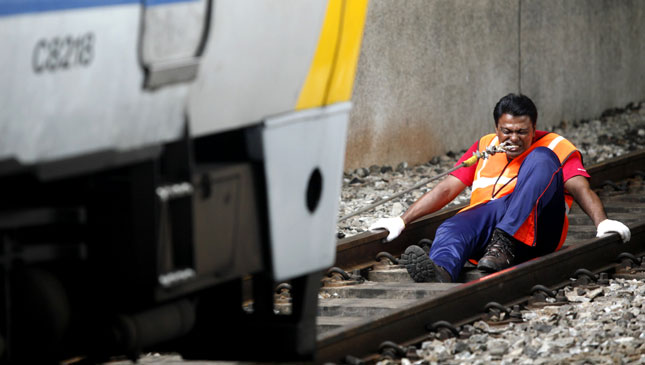 Rathakrishnan attributes his strength to an Indian form of meditation. He learned this power at the age of 14 from his Indian guru who taught him to channelize his power to a single body part.

In the first attempt, he was expecting to pull the train for more than 4.2 meters but could manage only 2.8 meters. His second and third attempts resulted in moving the train to a distance of 0.73 meters and 2.48 meters. 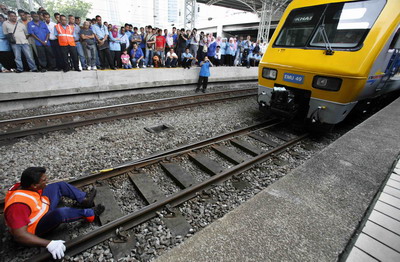 In addition to meditation exercises, he wakes up at 4:30 am. He runs daily at least 25 kilometers. He then performs certain other exercises like lifting bars weighing up to 250 kilograms and jaw training.

Watch this video of Velu making the World Record

The Man Who Can Run Forever - Dean Karnazes