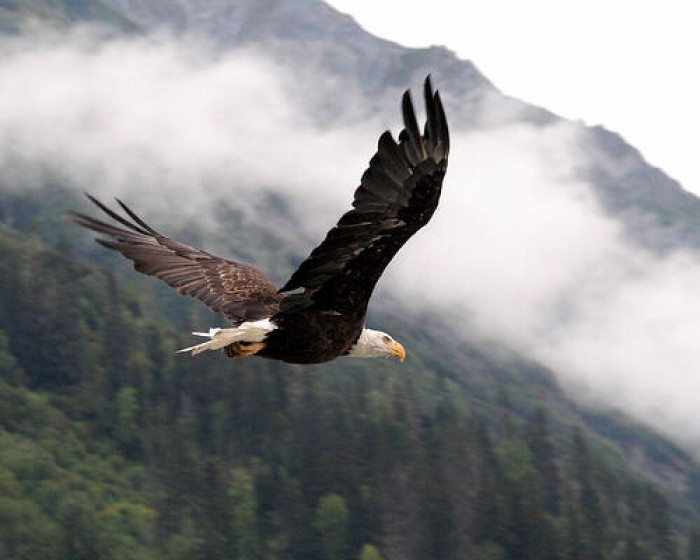 The bald eagle is a bird of prey that is mainly found in North America. Bald eagle is a feeder which includes mainly fish; it swoops down and snatches the fish from water with its talons. As the name suggests bald eagle are not exactly ‘bald’ but they are white headed.

Here are some more interesting facts about the bald eagle:

1. They are actually not bald 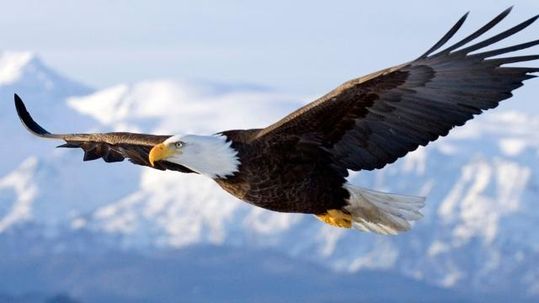 Their heads have pure white plumage that differs with their dark body feathers, giving them bald look. The adult bald eagle is mainly brown with white tail and head. The sexes in bald eagles are identical in plumage, but female sexes are about 30% larger than males. 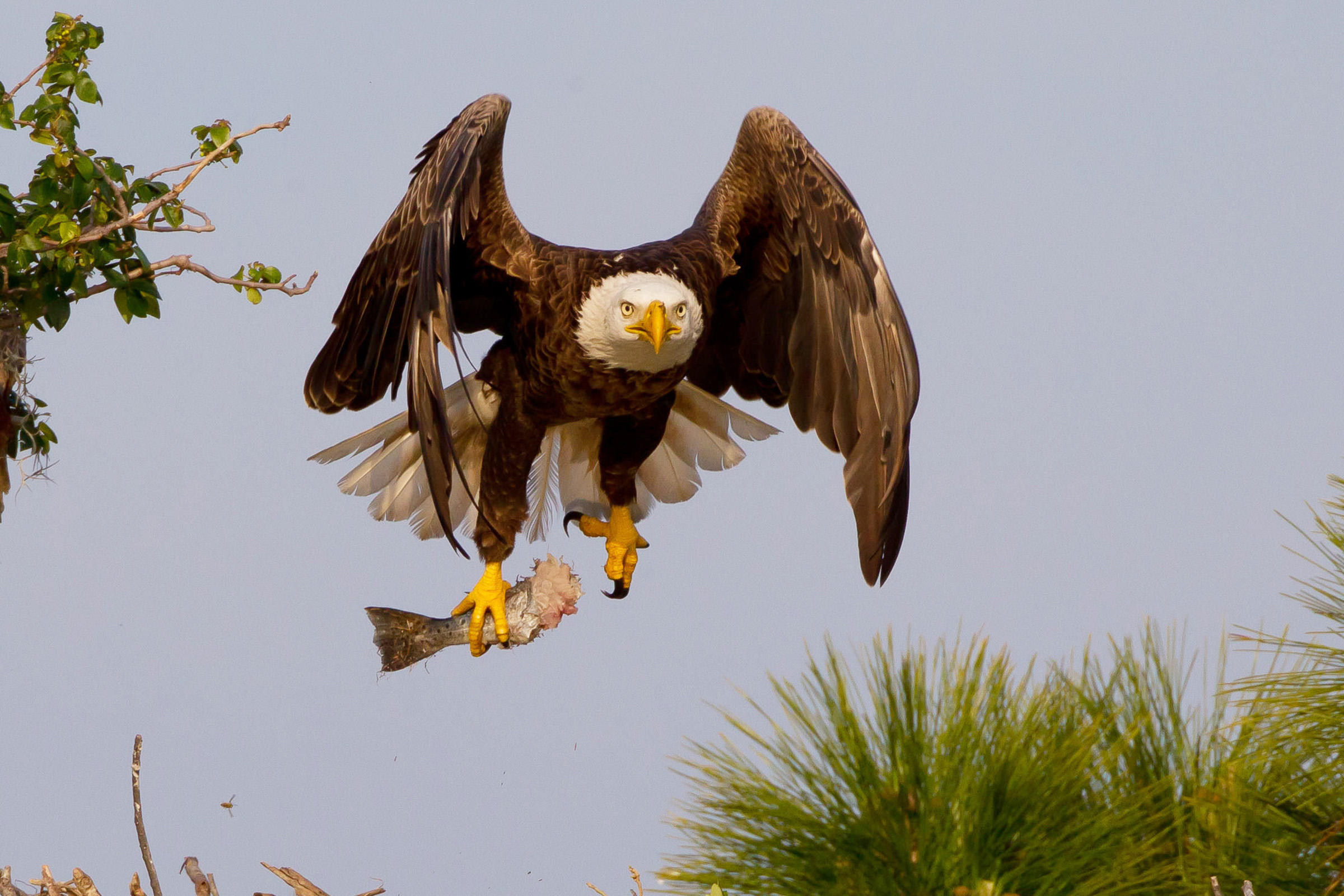 The bald eagle is actually not picky about how it gets its food. It will steal fish from other birds, will eat carrion or hunt for its own. They eat lots of fish, they don’t always catch its own but they are mastered in the art of stealing fish from other birds such as by chasing them down until they drop their prey etc. They can also snack on amphibians, ducks, rabbits and more.

3. They are Romantic Birds 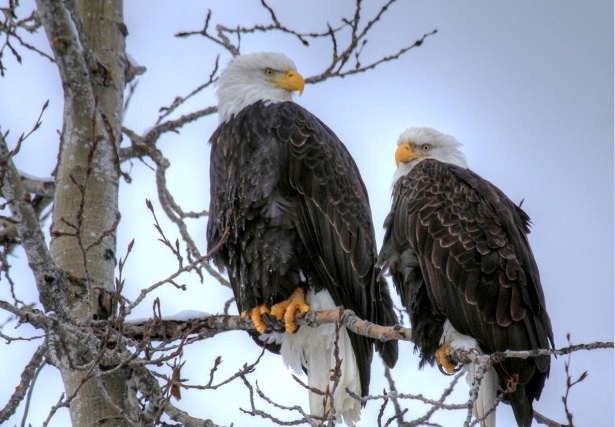 They are usually found in pair, they even share their parenting duties. The bald eagle pair produces up to three eggs a year. The female bald eagle incubates the eggs while other searches for food or other nesting materials.

4. They have long life 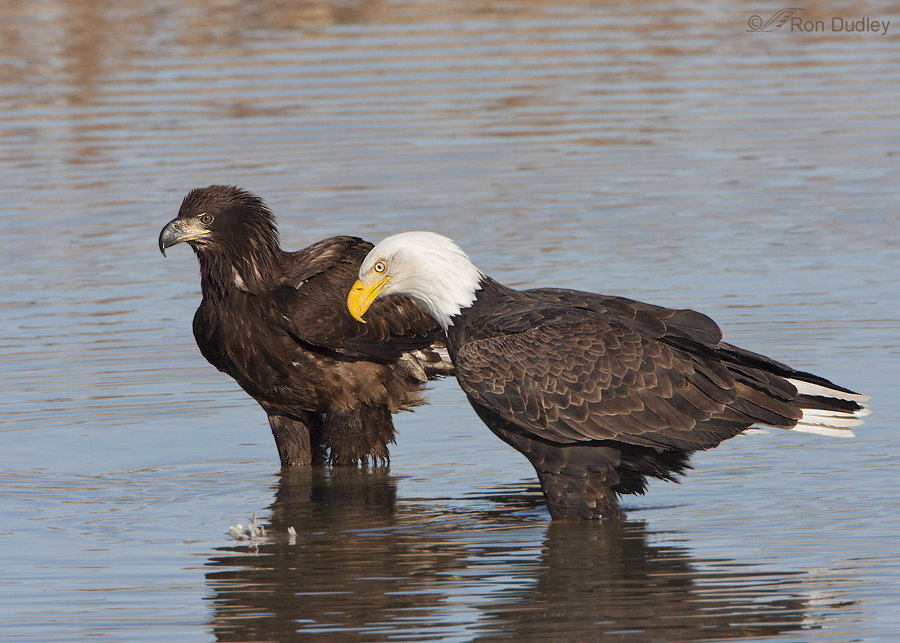 The average lifespan of the bald eagle is nearly about 20 years, with the oldest having a record of dying at the age of 38. Considering that these bald eagles pair up at the age 4 or 5. The age of the eagle appears to be influenced by its access to prey and location.

The bald eagle has record of building the largest bird nest. The male and female bald eagle works together on the nest and this quality time frame their lifelong bond. If the nest serves them well during the breeding season they continue using the nest year after year.

6. Identify them with their wings 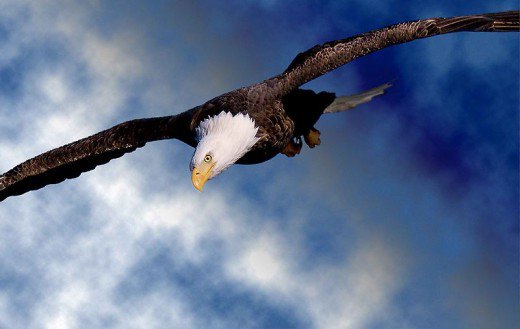 People often got confused between the eagle and vulture. Here’s an identification guide to pick the difference between the two. Bald eagles usually hold their wings flat while vultures hold its wings up in a V shape. 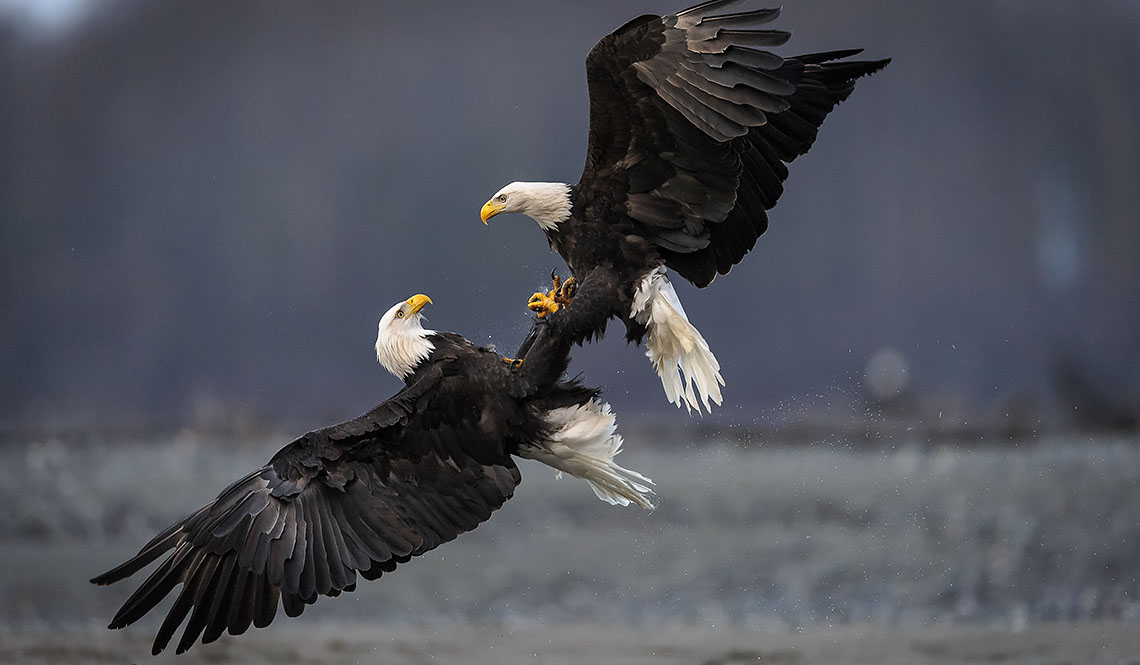 Sounds weird but true! Bald eagles sometimes grab each other’s feet and spin while flying down to the Earth. Usually, the pair separates before hitting the ground, but sometimes they hold tight and don’t let them go.

8. They can see with their eyes close 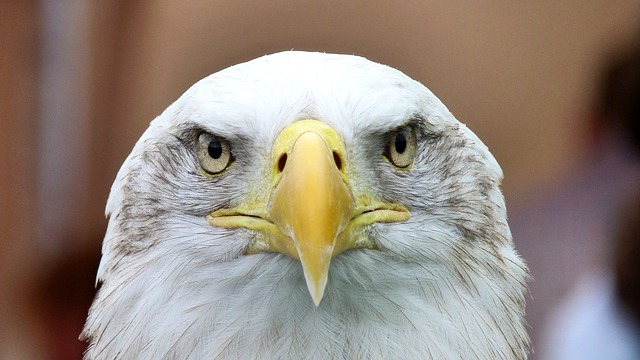 Yes, this is the most amazing fact about bald eagles. They can see through eyelid called a nictitating membrane. They close this membrane to save their eyes while their eyelids remain open, isn’t it strange? They can even see the ultraviolet light. Keeping both the things in mind, one can say their eyes are spot on.

9. Bald Eagles can Swim as well

Bald eagles have hollow bones so that they can easily float in water as well. Sometimes, an eagle swoops down and grabs a weighty fish then paddle it to the extent to eat. 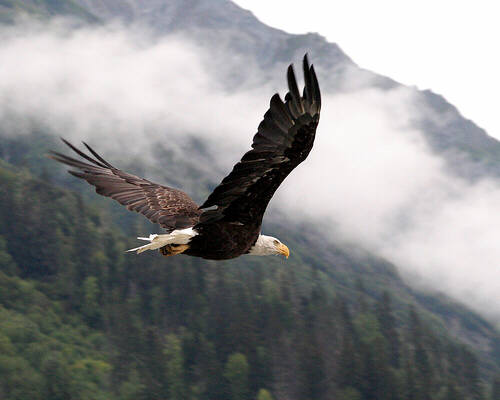 Flying bald eagles can reach upto 300m in the air. Besides this, if their water sources freezes, these eagles can also use thermal currents to move in the water.  (10.1)