A 12-YO Makes Shelter Animals Cool Bow Ties, Helps Them Get Adopted

If a rescue dog is looking to get adopted, it’s important for them to look their best. And, this 12-year-old kid did the same. He makes fancy bows for cats & dogs to help them look good and find a home. Read the full story here! 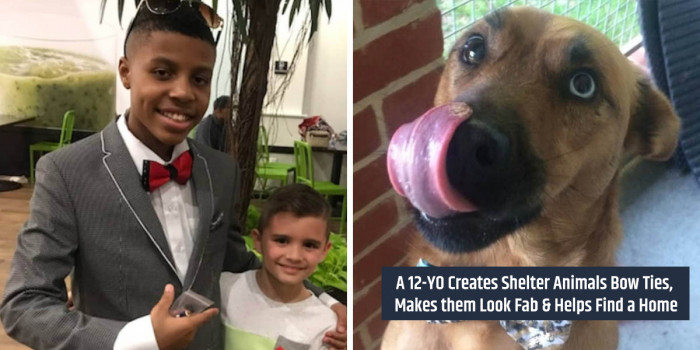 Stray animals or shelter animals could always be seen struggling when finding a forever home. Some do find after a long wait, but some never get the chance to share their life with a loving family. Everyone knows this problem, but no one takes a stand for them. And finally, a 12-year-old from New Jersey with a heart of gold came ahead to help them. Also, he very well proved that not all heroes wear capes. Yes, because some of them wear bow ties!

These people show that all we need in this world is compassion and kindness, even if it lies in small things. In this way, these young people also set an example and invest their time and talent in making the world a better place. And, the faith in millennials is restored right there.

The Story of Darius Brown 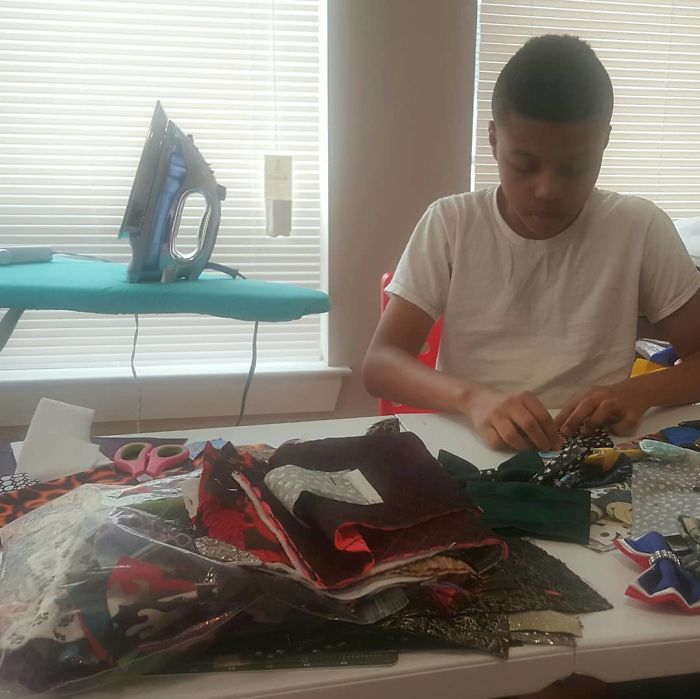 Despite his young age, Darius Brown started this process to help our furry friends get adopted much faster. He donates handmade stylish bow ties, created by his own hands, for four-legged companions (cats and dogs) in animal shelters to attract the attention of future owners.

There is a very inspiring story of Darius Brown behind this initiative to help dogs and cats. When Darius Brown was two years old,  he was diagnosed with speech, comprehension, and fine motor skills delay but none of the challenges stopped him from setting and reaching his goal. To reach here, he fought against all the odds, which has influenced his determination.

How He Got the Idea? 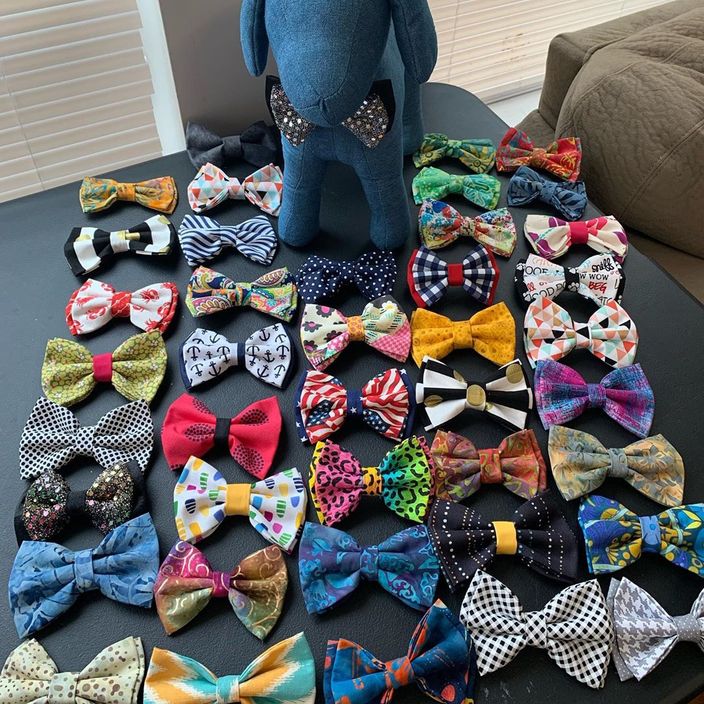 Further at the age of 8, he began helping his older sister, 21-year-old Dazhai,  cut fabric for bows. Dazhai, Hair & Makeup artist, needed help making bows, so as a good brother, Darius helped her.

The duo’s mom Joy, who works in health care, said,

“Soon, he was making the bows better than [Dazhai] was.”

This incident helped him to develop his fine motor skills. Yes, because after this incident, he didn’t think twice to use the creativity and skills for positive changes in the world.

Later at the age of 11, Brown established a pet couture company with the name “Beaux & Paws.” This organization specializes in unique and stylish bow ties for people as well as their furry family members.

“I just love, love dogs.
I’m here so I can help Crosby look good and find a forever home.”

It seems that this young CEO knows more about the right ways of running a business even better than many of today’s entrepreneurs, especially when it comes to giving back. Since Till he started this organization, he has donated countless bow ties to animal shelters and adoption centers across the USA and the United Kingdom. Interestingly, his endeavors are supported by more than 43k followers on Instagram. (1.1)

Moreover, after the devastating consequences of Hurricane Harvey and Hurricane Irma in 2017, Darius, a kind-hearted dog lover, was himself inspired to help animals. Numerous pets, who were without homes, were transferred to different shelters across the country, and they often faced euthanasia due to a lack of adopters.

Therefore the young guy was determined to help rescue dogs and cats catch the eye of potential caretakers. And that is what he did. The attractive accessories made by him have turned thousands of shelter residents into cute and elegant pets ready to go home any minute.

“These dogs need to be adopted, and I wanna help them get noticed.
I just wanted to help them and make them feel safe and find them forever homes.”

However, the shelter dogs and cats wear his ties for special events, adoption days, and also for the photos taken for adoption boards.

“When animals wear special accessories like bow ties, bandannas or scarves, it often helps catch the eyes of potential adopters.
The ASPCA Adoption Center team has enjoyed using [Darius’] bow ties to promote the dogs in our shelter.”

It’s hard to believe he’s only 12 when you look at Brown’s resume. The story of the 12-year-old went viral through many publications and TV shows as well as recognized by many celebrities, public figures, and influencers, including Kenya Moore, Allen Houston, Les Brown and many more. 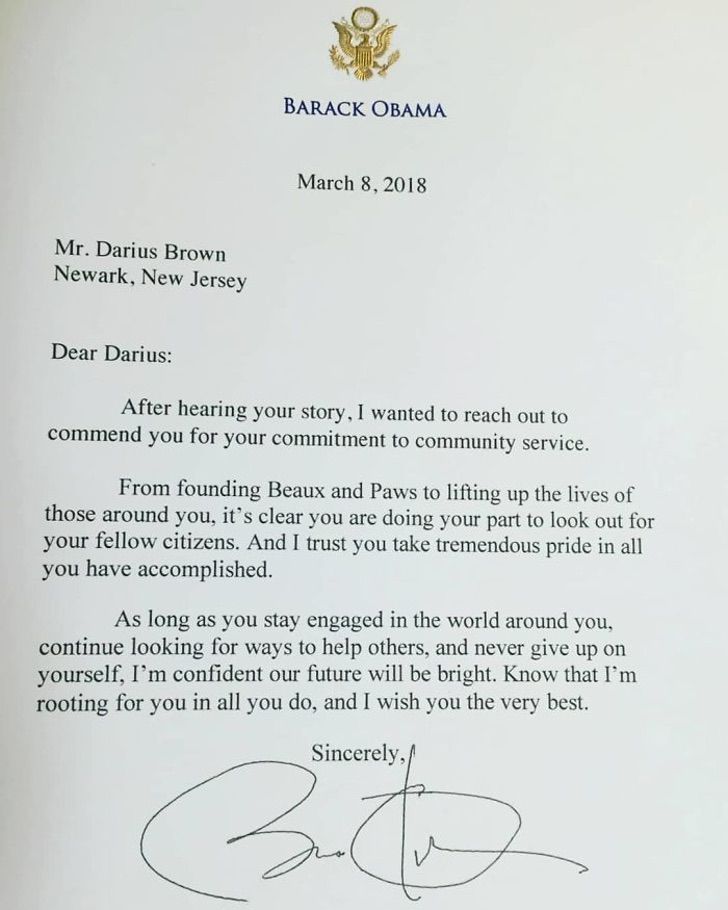 Even, Former President Barack Obama honored Darius in 2018. He sent him a letter of recognition in which he commended the young altruist for his commitment to community service.

“From founding Beaux and Paws to lifting up the lives of those around you, it’s clear you are doing your part to look out for your fellow citizens. And I trust you take tremendous pride in all you have accomplished. As long as you stay engaged in the world around you, continue looking for ways to help others and never give up on yourself, I’m confident our future will be bright.”

Awards & Honours He Has Received 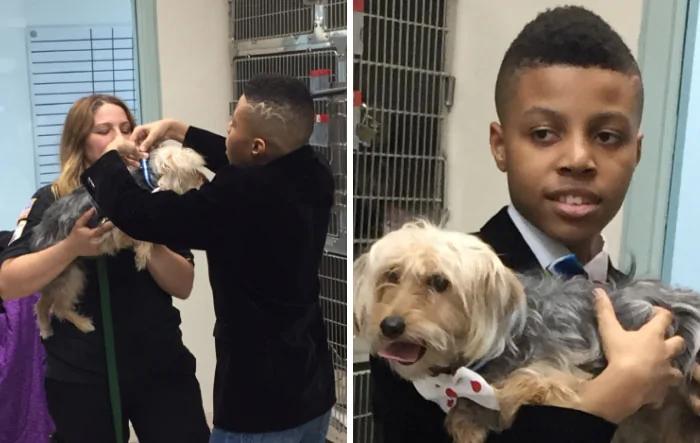 For his endeavors and achievements, he has won several awards like the Leadership Award from Leaders of the Future No Limits, the Youth Changer Award from “Excel Honors,” Outstanding Achievement Award from the WDIB Conference, and he will be receiving the Jasmina Anema Youth Award from the “Black Cotton Foundation” in July 2019. Undoubtedly, if he will continue this journey, he might win many more awards.

Apart from all, Brown also speaks at events cheering others to volunteer and give back to the community.

He Even Launched a Fundraising Campaign Recently 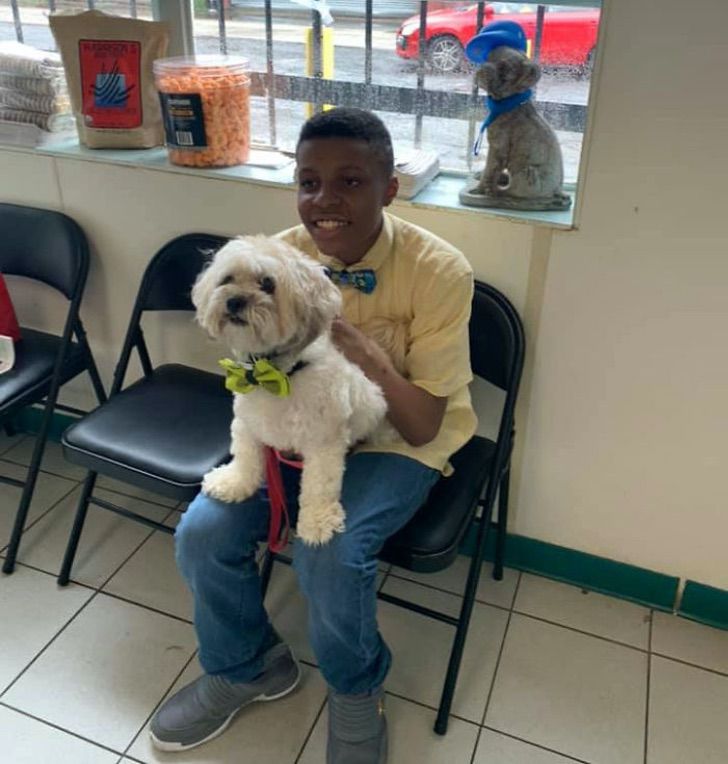 To save more pets this summer, Brown’s sister has recently launched a fundraising campaign inviting people to join Darius in his PAW-some mission.

In the start of this summer, he set a goal of attending more than five states to volunteer at different shelters and adoption centers. Also, he provided them with his fashionable bow ties.

“He motivates and inspires me everyday. He is such an incredible young man and I will do everything I can to help him on his journey. I’m supporting him in his cause 100% and I hope you will join me. No donation is too small.”

Calling Dazhai his “inspiration,” Darius stated that he is hoping to expand his business beyond accessories and include outfits.

“I want to be an entrepreneur like my sister.”

Look at more pictures of the pets with his bows: 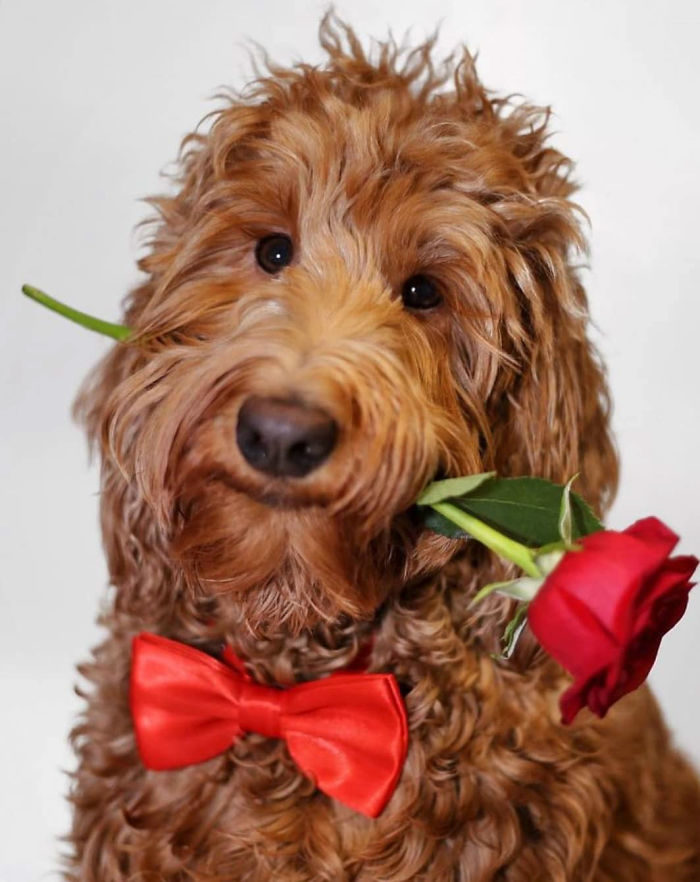 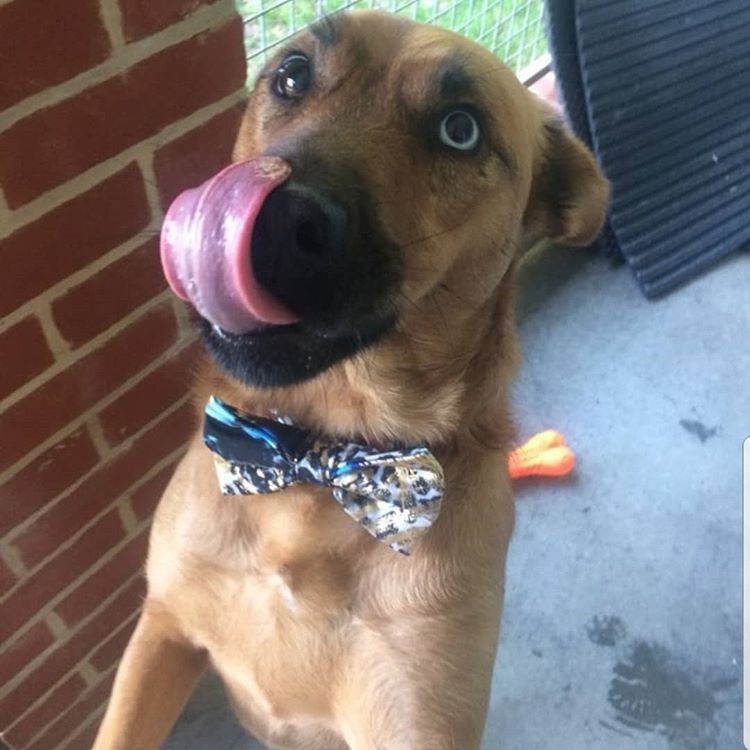 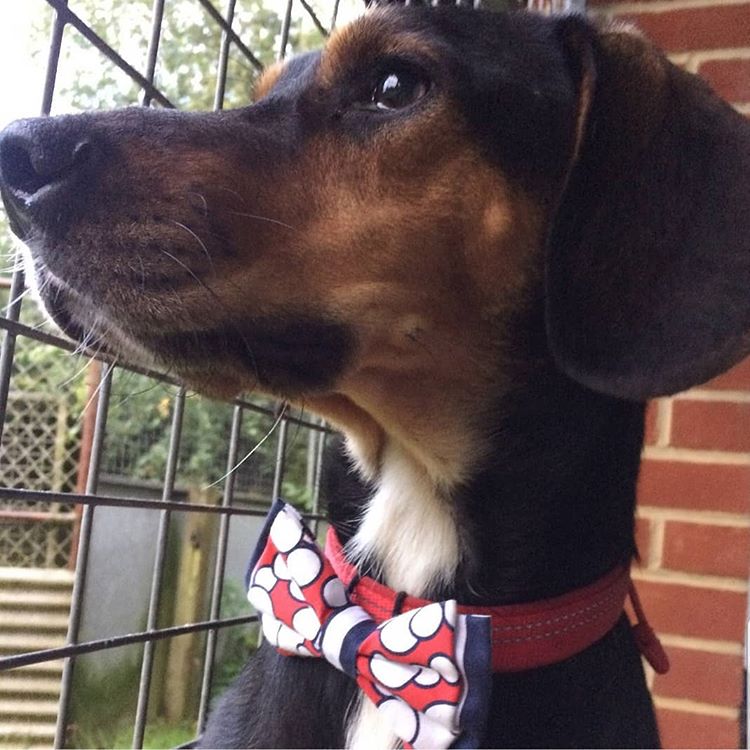 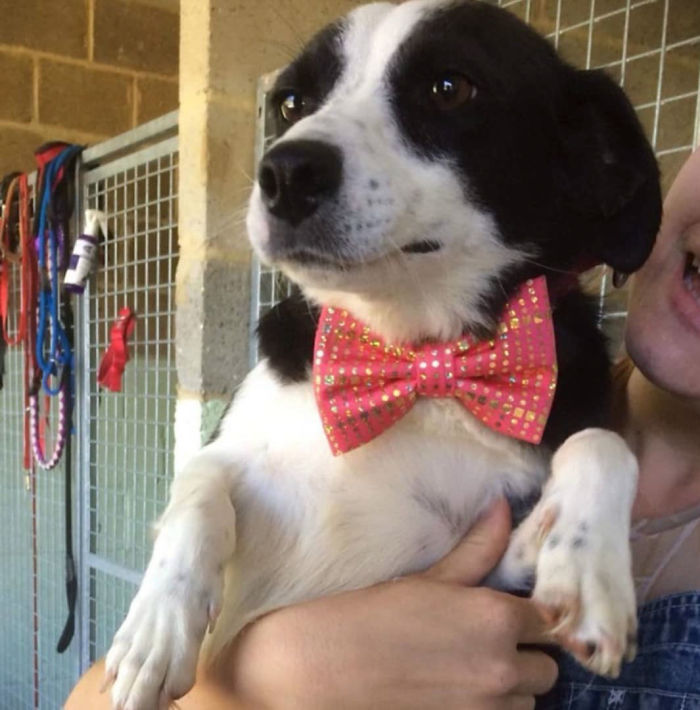 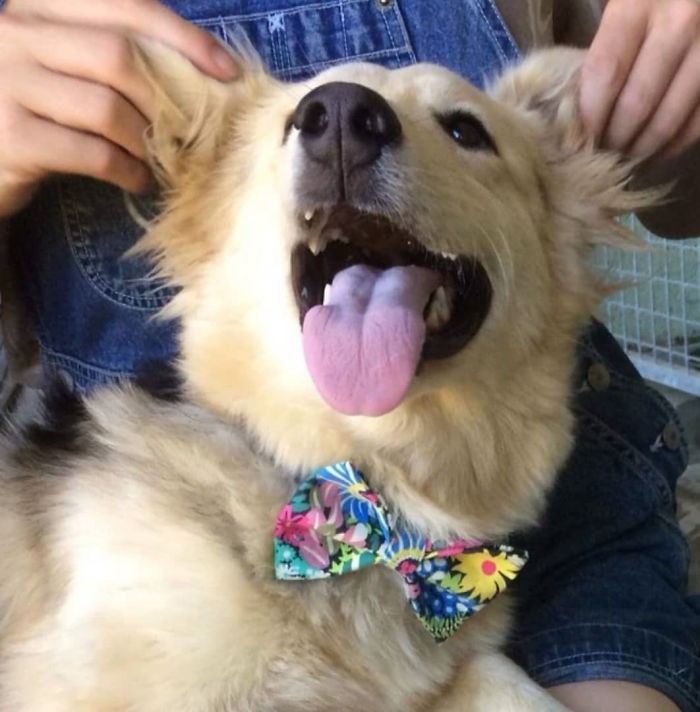 Hats Off to Darius’ Dedication & Commitment to Better the Lives of Shelter Animals!