The Brontosaurus was the victim of the Bone War that played over hundreds of years ago. The bone war was an unscientific competition between two American paleontologists Cope and Marsh to see who could discover and locate the species of extinct beast. 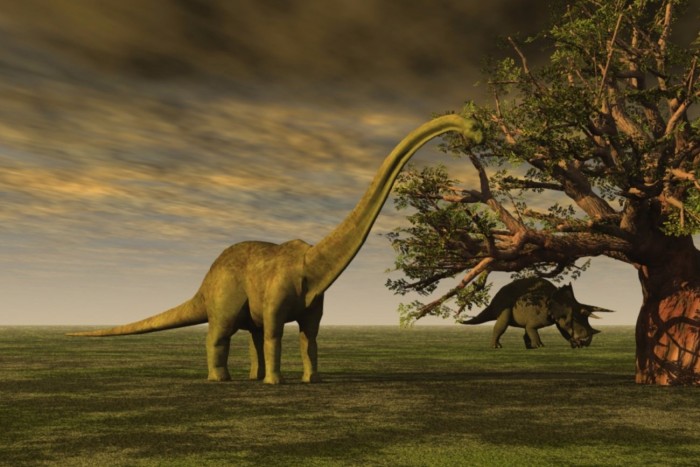 Brontosaurus was one of the massive creatures that lived around 150 million years ago. Brontosaurus meaning - thunder lizard' was a herbivore dinosaur who is best known for its long tail, heavy torso and large neck. 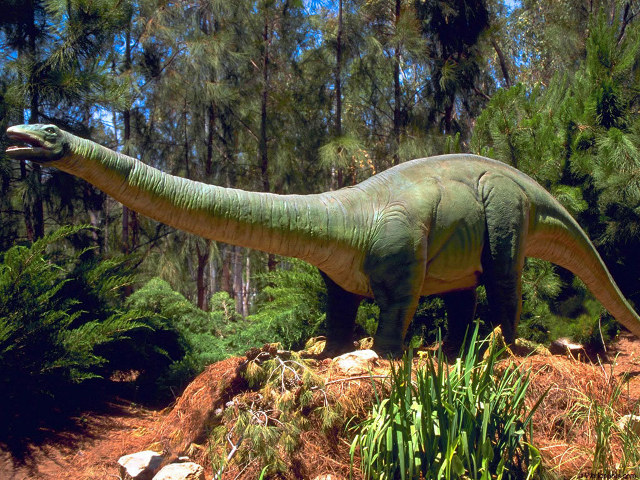 There was a time when Brontosaurus was evoked as a monster with 4 legs, long tail through primeval swamps. The name Thunder Lizard was seemed perfect as it shook the ground with its every step. Brontosaurus Dinosaur even appeared as a symbol of some oil company and even starred as an extinct reptile to be featured on U.S postal stamps.

But in later 1980's, the Brontosaurus Dinosaurs suddenly disappeared from museums and books. In short, the so called beast was gone. Let's know more about this huge creature. Brontosaurus was first discovered by Othniel Charles Marsh in 1879.

How Big Was The Brontosaurus 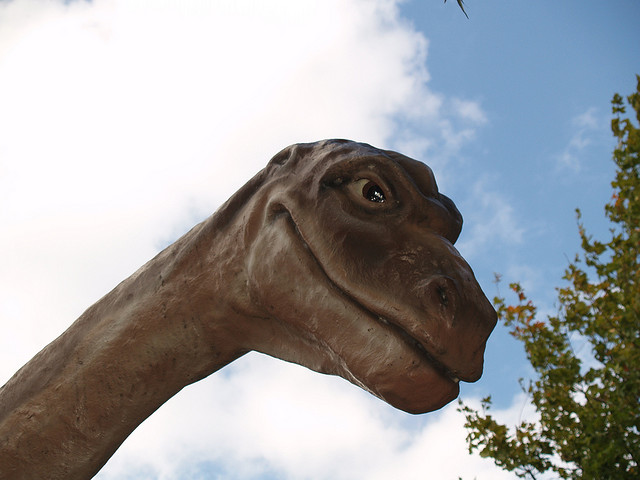 Brontosaurus or Apatosaurus was 75-90 feet long and 15 feet high and measures more than 50,000 pounds. They use their long neck to reach out to the food. Due to the large weight, these Brontosaurus dinosaurs were slow moving. What more amazing is that these creatures were completely herbivores that are they entirely depend on plants and other vegetation.

Where Did They Live?

The fossils of the Brontosaurus Dinosaurs was found in Colorado, Oklahoma, and Utah. At one time it was speculated that Brontosaurus Dinosaur lived in waterlogged areas, because their nostrils were on the top of its head, so the nostrils help them to breathe in deep water. But later it was discovered that they lived on dry land. (1.1) 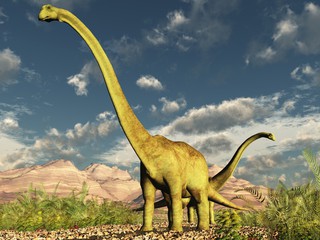 Brontosaurus eat lots of plants to maintain its size. It didn't chew its food instead had stones called gastroliths inside the stomach that helps in digestion of the food.

How Was The Behavior Of Their Tails

Several simulations conducted on how the tail worked on these creatures. One simulation showed that the long tail behaved much like a long heavy lash as that of the bullwhip and that cracking sound is much louder than the firing of a cannon. (1.2)

Still today, there is a controversy on Brontosaurus. When Marsh found some remains of the dinosaur he named it Apatosaurus ajax. But when he discovered the complete skeleton he named it brontosaurus excelsus.

Later in 1903, it was found that these two specimens were the same type of dinosaur. According to the International Commission on Zoological Nomenclature, Apatosaurus ajax would be the correct one, but the latter one continued to be used.

The neck of Brontosaurus had a downward inclination.

It is possible that Brontosaurus have cracked its tails like a strap to scare off predators.