Fascinating Glass Frog: A translucent Amphibian Even New To Science

A peculiar amphibian species completely new to Science found in the Amazonian lowlands particularly in the mountains of Costa Rica. Let’s find out more about this fascinating and spectacular Glass Frog. 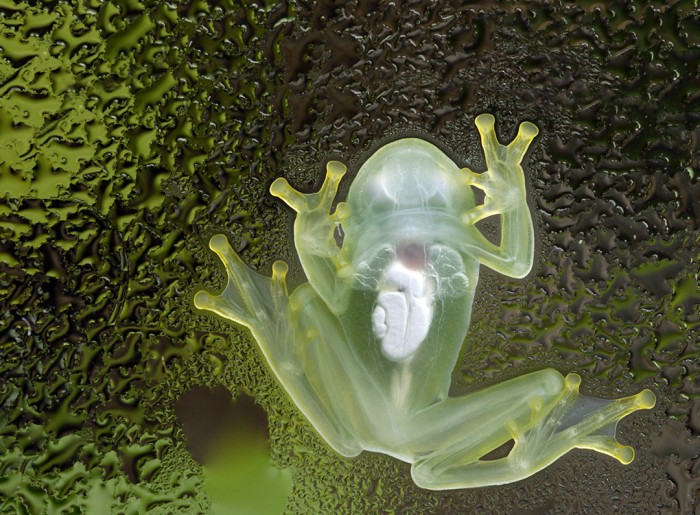 Glass Frog are pretty incredible creatures discovered by the scientist. They have a unique translucent skin which offers the glimpse of beating heart inside them. Their small body looks as if it has been formed by the melting leaves. This wired species is spectacular to see and thus they are said to be the most beautiful amphibians of the era. These species were found by the researchers of the Universidad San Francisco de Quito, in Ecuador. 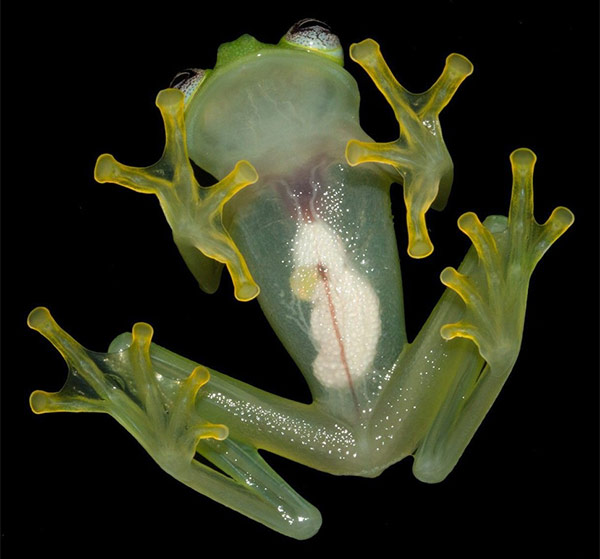 The new species which has been discovered is named hyalinobatrachium yaku by the researchers. They are found at three locations which include Amazon lowlands, in the northern part of the country and at an elevation of  980 and 1150 feet. 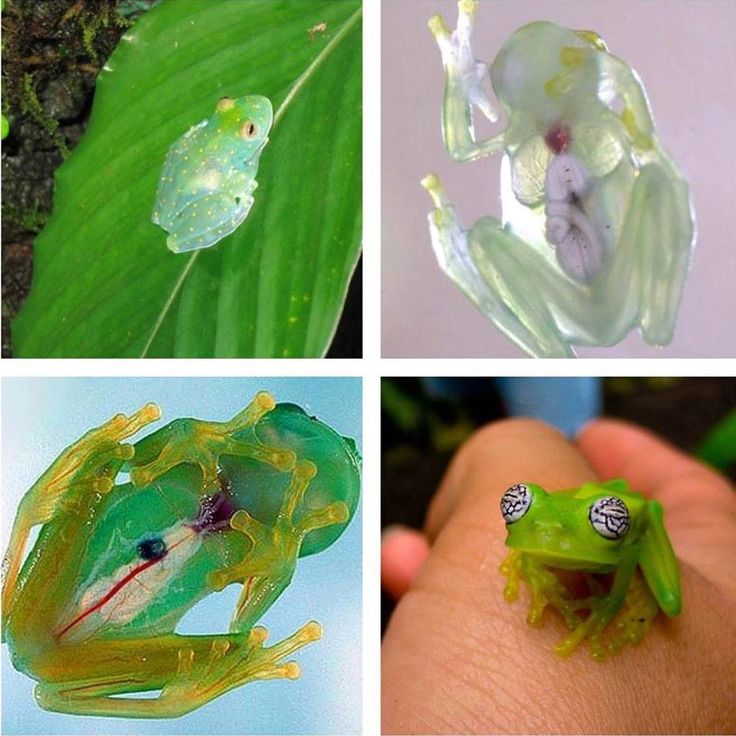 They are known for exposing their complete body with its wee looking red heart. All frogs in the genus show undersides that is completely transparent. But having a species who completely expose their body is something rare and unusual. 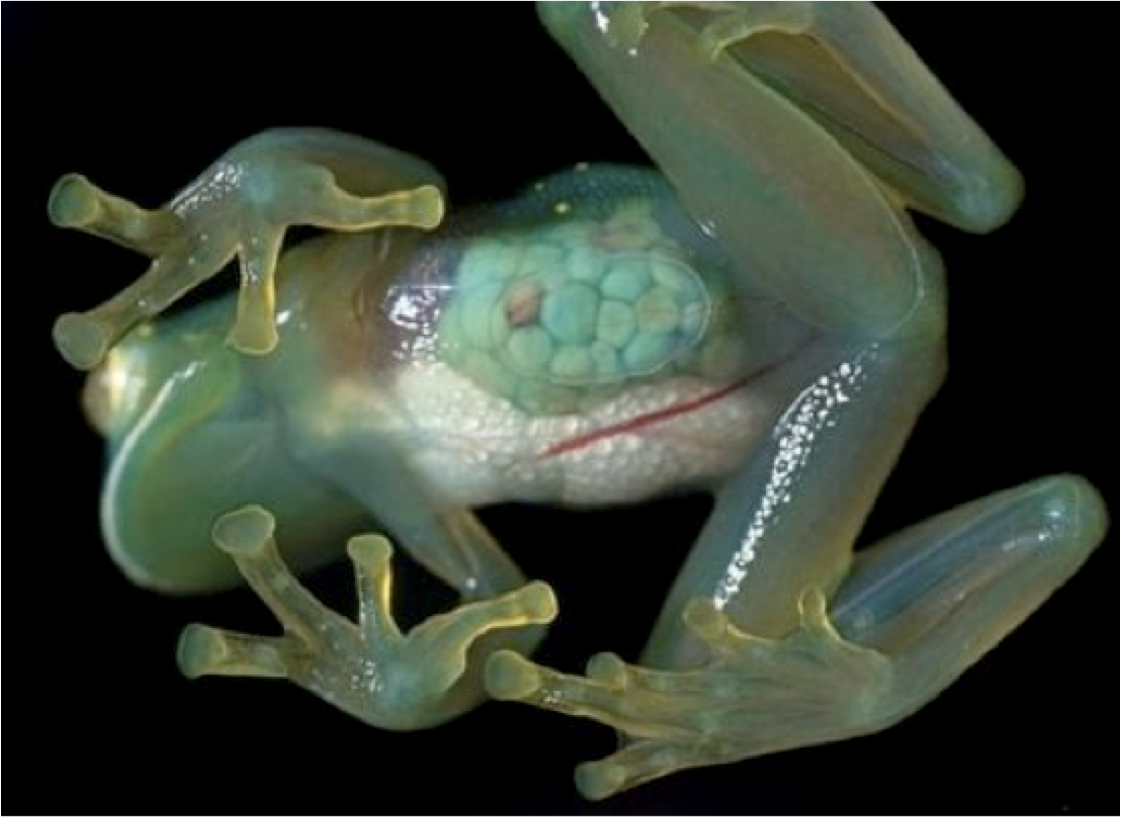 The new species discovered is 21 millimeters in size which includes 37% of the head. The Adult glass frog is found in apple green color with bright yellow spots. While they have dark green spots on their backs which make them unique in itself. 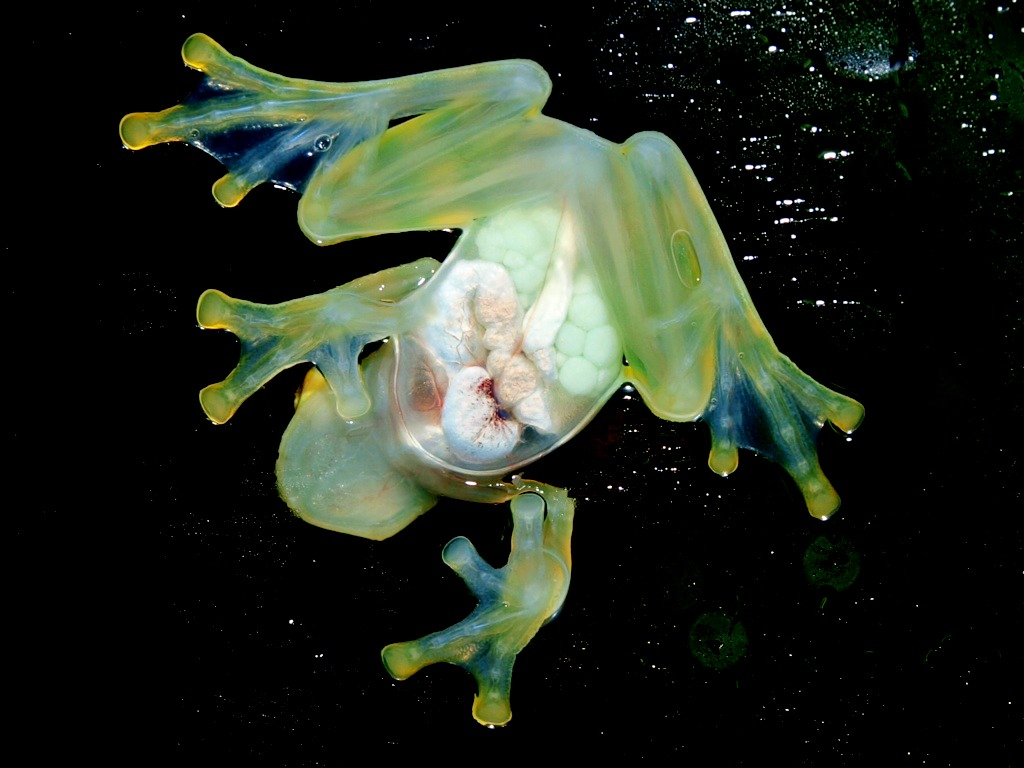 The translucent skin of the Frog makes us visible its body organs. They have a bulbous liver and digestive organs are covered with white peritoneal. The heart and the ventral veins are found to be in blood red color. Their lungs are transparent with red blood cells and have a transparent sulfur yellow gallbladder. 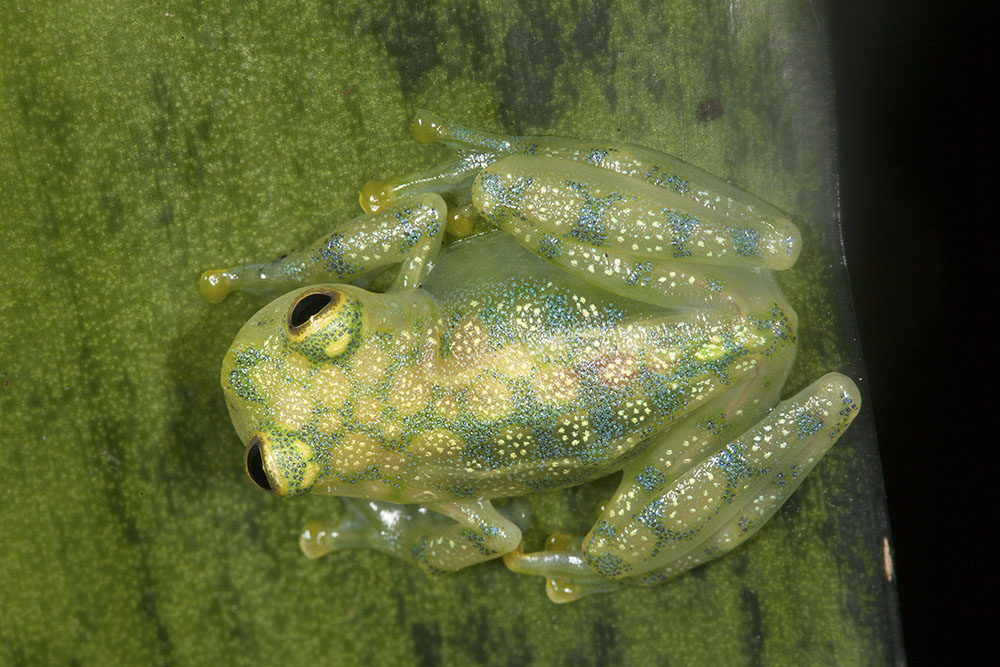 Of all the species of amphibians, they are the rare and distinctive from all frog family. They are found in the humid mountains forest of the south and central America. They live among the plants and trees. They were discovered in the mountains of Costa Rica. They are also known as arboreal tree frogs.

Unique Feature - Active During The Night 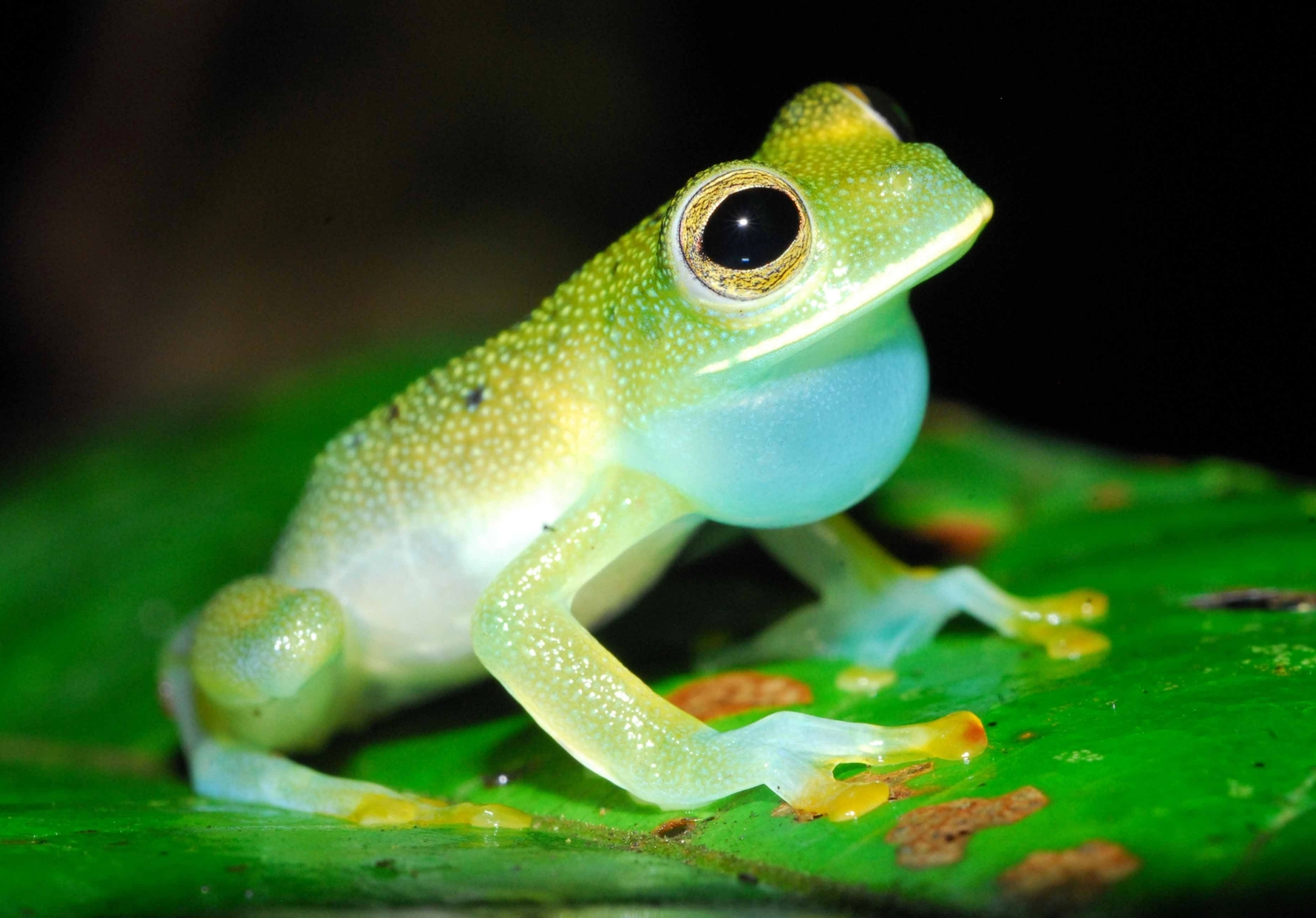 These type of frogs are active during the night and thus it becomes very difficult for the predators to find them. They are hard to spot by the predators because of their agility. 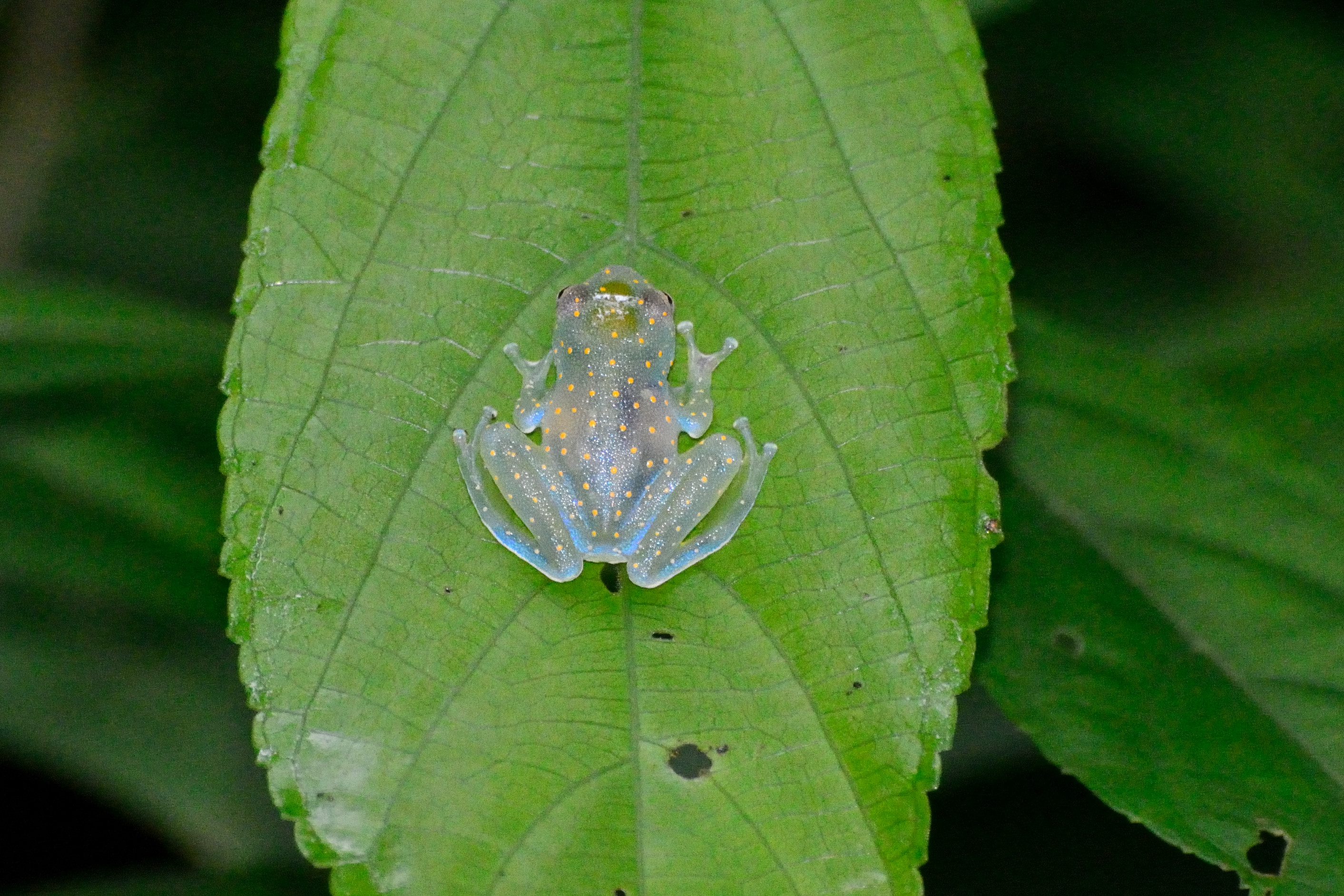 During the breeding season, they start living near the streams and rivers. They leave their eggs on the leaves which are overhung on the water. The female lay eggs ranging in 15 to 20 underside the leaves. Males are more protective than the females and watch the eggs 24 hours a day. 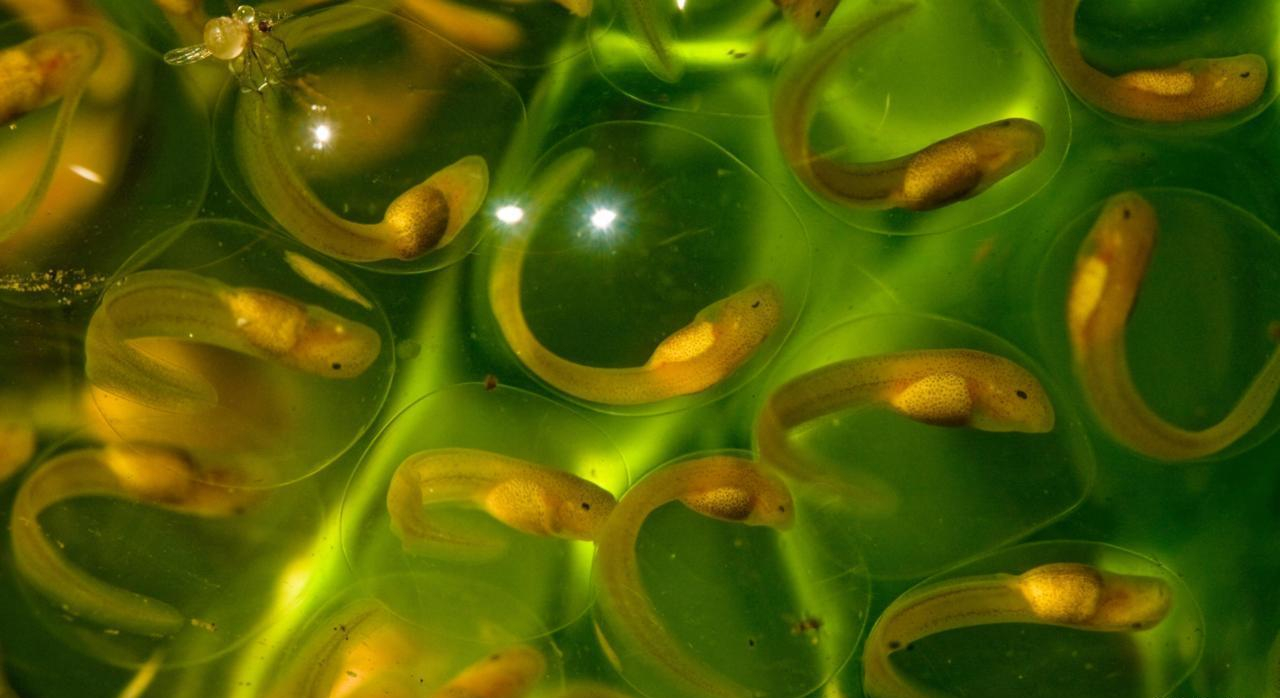 They kick away the wasp which gets closer to the cluster. Thus, it is said that the reproductive behavior of these frogs is different from the others. When the breeding gets over they go back to live in the canopy of high mountains.

Can Act as Bioindicator 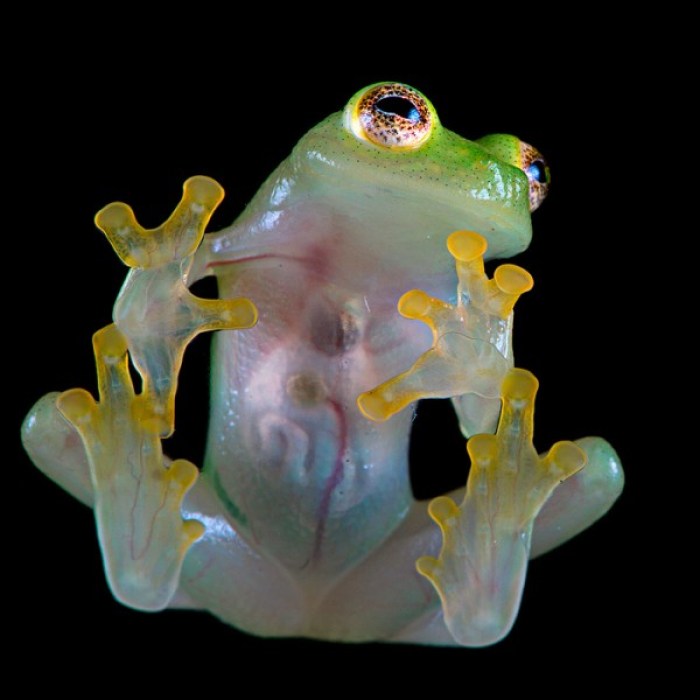 Some scientist and conservationist are taking these glass frog as bioindicators. They believe that these species could help them to provide some clues about the changing environment. These species are declining because of the changing weather conditions making it difficult for the frogs and the other animals and plants. With the help of this species, a scientist can learn the impact of global warming and the ways by which they inhabit them. 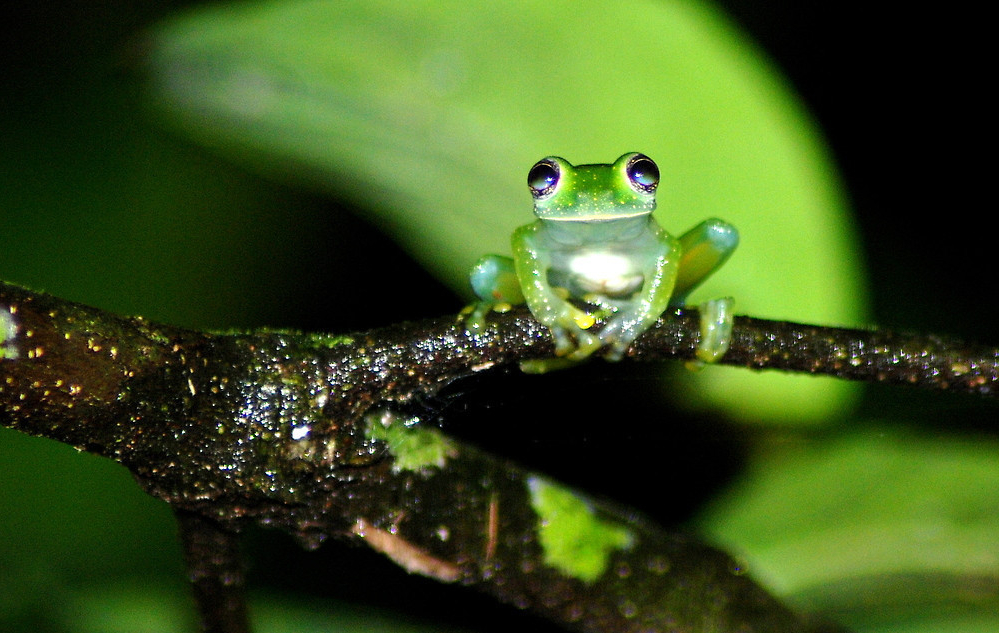 Human activities can a pose a threat to these species.If oil extraction in the area continues it could harm the streams and rivers which will degrade these species from the planet Earth. The roads development in the region could isolate some of the species which could lead these species to extinction. 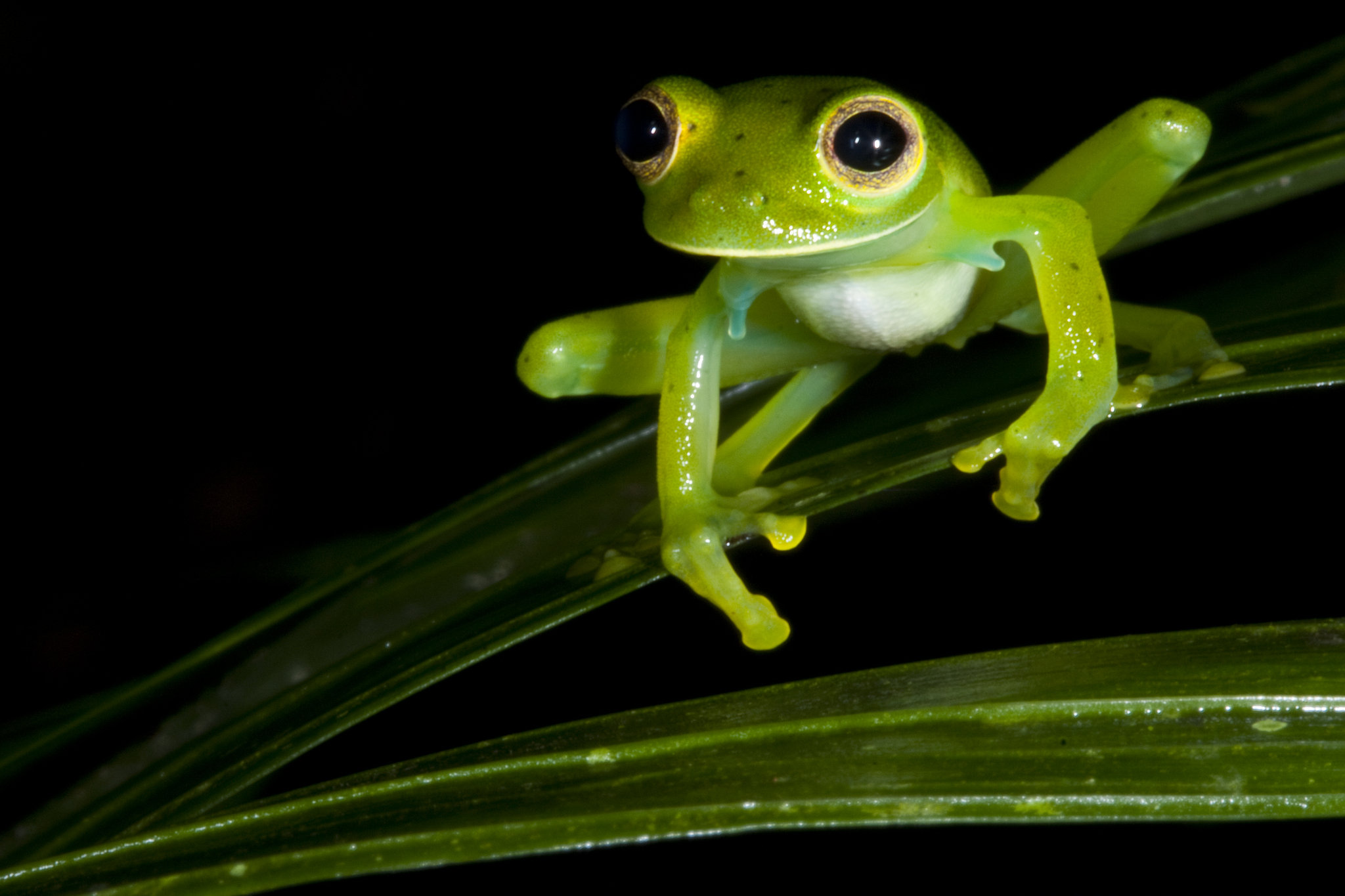 Even if the abstract threat of losing these frog is not enough for you all. Then their small beating hearts may make you feel something like yours. These tiny little creatures are beautiful and adorable.