Hyena’s Lethal Bite Force And Where Does It Come From 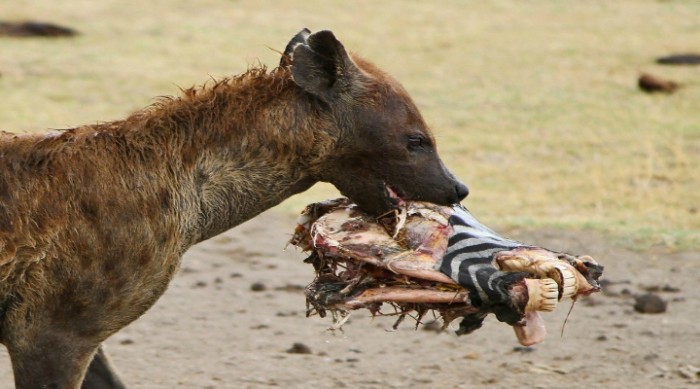 Hyenas are known to be very skillful hunters and scavengers, skillful hunters because they move in packs of up to 80 members and have various social calls that helps them in complexly coordinated attacks, and skillful scavengers because if they are outnumbered or face their arch enemy; lions, they would rather take the carrions with their fierce bone crushing bites than risk their lives. Hyenas are even smarter than chimpanzees.

The spotted hyena is native to Africa and can be found in Botswana, of all the large carnivores in Africa, they hold the highest population. 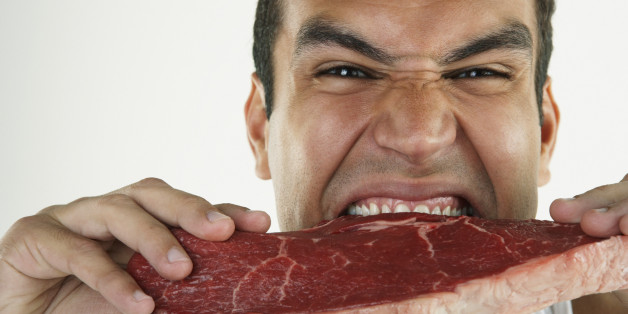 This Immense Bite-Force Is A Result Of A Structural Adaptation 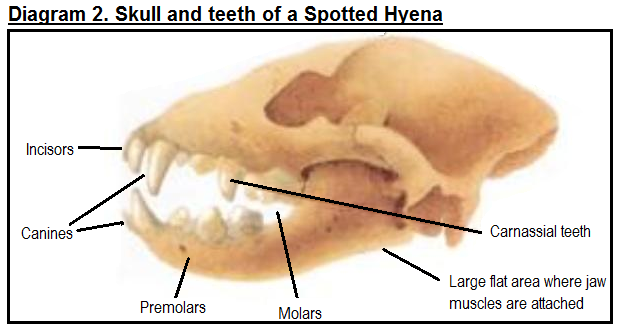 Spotted hyenas have evolved to sport larger teeth, especially large premolars and carnassials than most other carnivorous mammals in order to stop their teeth from wearing out too quickly. Their sharp carnassials, which can be used for slicing hide and tendons, are positioned behind their premolars to minimise damage when crushing bones.

This is what caused them to become primarily pack hunters (only scavenging about 7% of the time), as their teeth allow them to cling on to live prey and rip them to shreds. 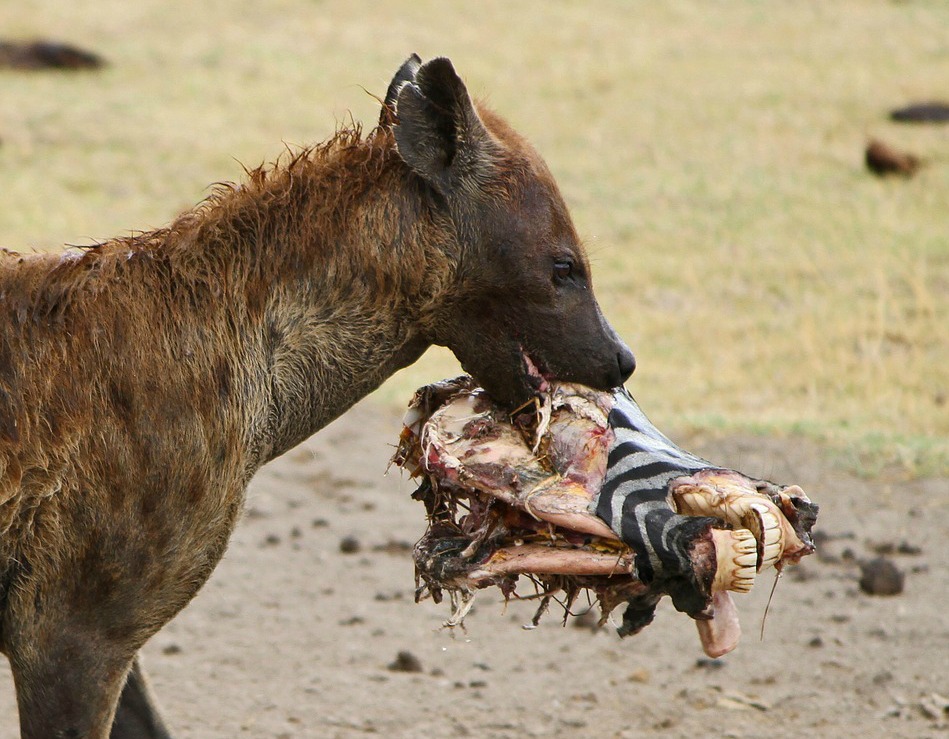 They also have big jaw muscles and a vaulting around their skulls, which adds to their strong bite strength of 4500 newtons. With this amount of jaw power, they are able to carry their prey or parts of their prey around, as well as dine on virtually all parts of their prey including the bone without waiting for their prey to die.

In fact, they can live purely on almost all bones except large elephant bones. An experiment conducted in 1955 found that a group of spotted hyenas only took 3-4 minutes to fracture and chew up a cow vertebra. It is believed that the spotted hyena developed their jaw strength in order to improve their ability to survive during times of famine.

They Start Consuming Meat At The Mere Age Of 5 Months 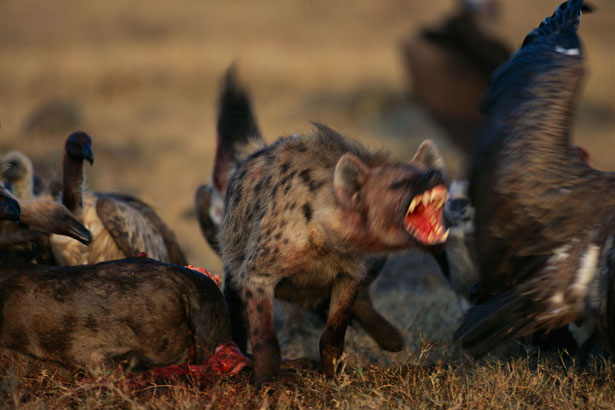 Cubs fight with each other to establish dominance and achieve best feeding position or desired order of feeding. This fight might end up fatally, they may attack and eat other hyenas, especially when they are young.

Masaai People Leave Their Deceased To Be Consumed By Hyenas 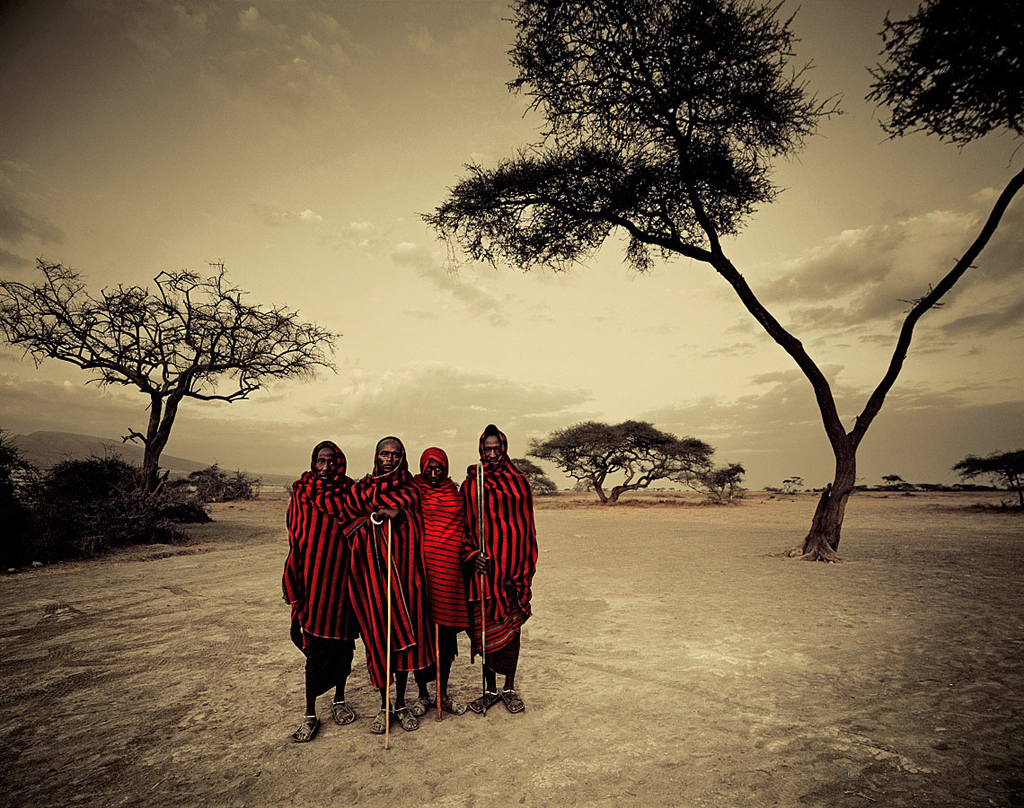 Hyenas have extremely strong jaws that are capable of quickly and easily grinding down bones. They, strangely enough, favor the hardness of bones over flesh. Their jaw pressure is superior to that of all other mammals. Some hyenas can even shatter the anterior limbs of oxen with their bites.

The Maasai people of Kenya and Tanzania actually leave their dead to be consumed by hyenas.

Hyenas Are Apex Predators Of Africa, Not The Lion King 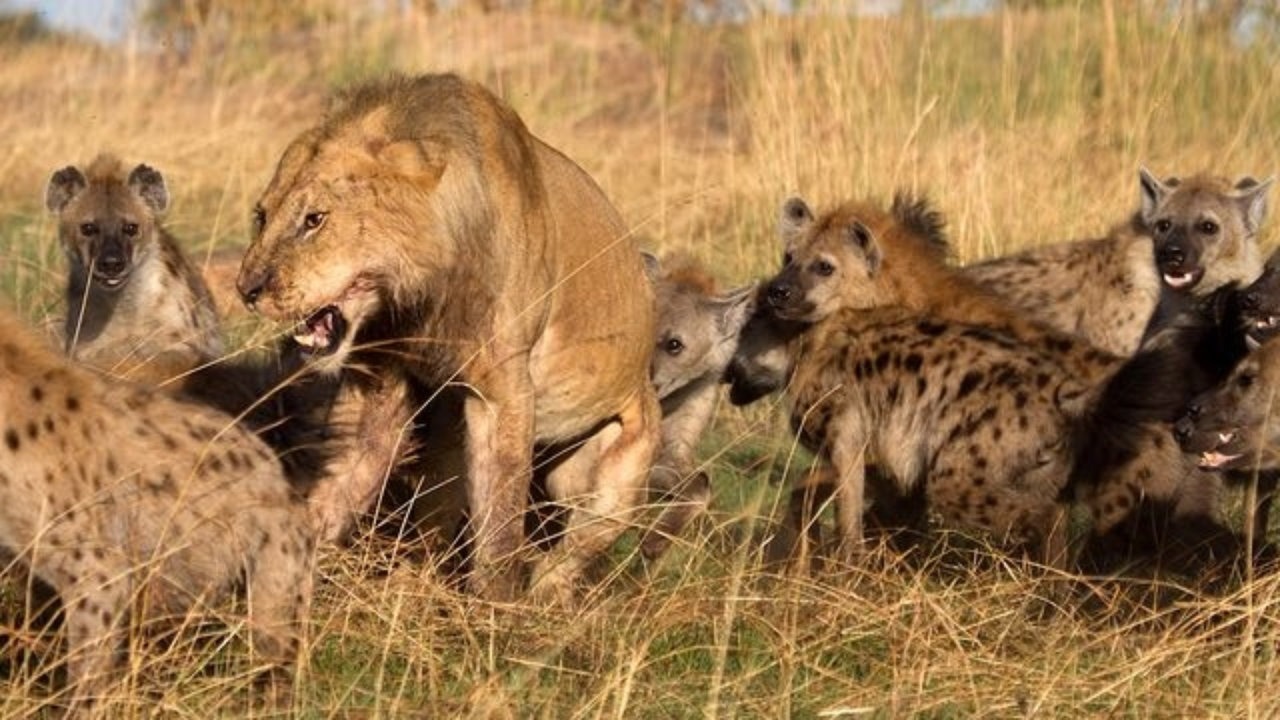 Tigers and lions are both large and mighty cats that have reputations as being formidable predators. Although these felines are tough, they can't compete with hyenas in this realm. Hyenas have stronger jaw pressure than both of them.

When a lion discovers that eating his prey is simply too difficult, he might abandon it only for a hyena to handily devour it later, as hyenas can smell the dead and decaying flesh of an animal from 4 kilometers away. One of them can eat 15 kg of meat at a sitting.

Are Dolphins Intellectually Superior To Us Humans?