5 Most Famous Supporting Roles In Hollywood

These notably famous supporting roles became a sensation in Hollywood and beyond for their unabashed, unconventional and unforgettable portrayal. 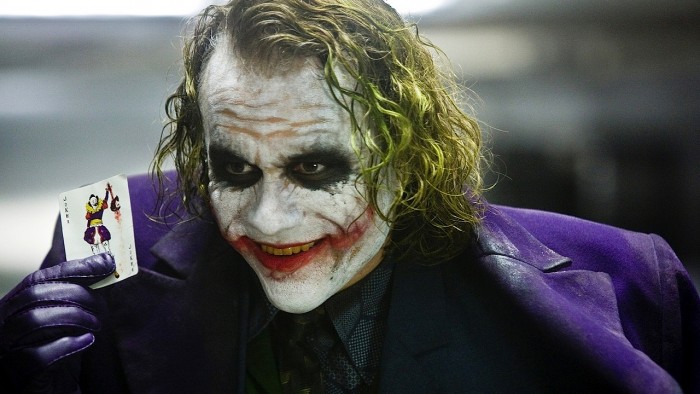 Unconventional, unusual, distinctive and truly intriguing supporting roles played by some actors in movies leaves such an impact on the masses that they become far more memorable than other characters, even the protagonists. They become so pivotal that you just couldn't have imagined what the movie would have been without them.

So here are some of the most famous and legendary supporting roles in Hollywood.

Playing the role of a contraband smuggler Ellis Red Redding in the movie ‘The Shawshank Redemption’, he befriends the falsely accused banker Andy Dufresne (Tim Robbins) who is sentenced to life in Shawshank State Penitentiary for murdering his wife and lover. Applauded for his strong portrayal, he received nomination for Best Supporting Actor at Golden Globe Awards and Academy Awards.

Regarded as one of the greatest performances in the film history, The Godfather’s mafia boss Michael Corleone that was portrayed by Al Pacino proved to be a breakthrough role for him. It earned him his first Academy Award nomination and was Best Actor at Golden Globe and Awards. While American Film Institute recognizes him as the 11th most iconic villain in the film history, some critics regard him as a tragic hero. (6.1)

Joe Pesci won the Academy Award for Best Supporting Actor for his role as psychopathic gangster Tommy DeVito (based on real-life mobster Thomas DeSimone) in the movie Goodfellas. Frank Vincent’ character (playing Billy Batts) is killed by Pesci’s character in a rage that happens to be one of the film’s most remembered scenes after Batts disdainfully asks him to "go home and get your [shoe] shine box."

4. Heath Ledger As The Joker (The Dark Knight)

The Joker is the famous antagonist of the superhero movie Dark Knight and is one of the widely acclaimed characters. Portrayed by late Australian actor Heath Ledger, the Joker was especially influenced by the graphic novels entitled Arkham Asylum: A Serious House on Serious Earth and Batman: The Killing Joke.

Wearing the traditional color palette, his facial appearance included clown makeup that covered his scars of Glasgow smile. The Joker personified chaos, anarchy and obsession. In the whole movie, the character tries to disrupt the social order through crime and defines himself through his combat Batman.

Unfortunately, the movie released 6 months after his death due to an accidental prescription drug overdose. Regarded as Ledger’s finest and sensational performance, the character of Joker earned him high acclaim and various posthumous including the much-coveted Academy Award for Best Supporting Actor. (6.2)

5. Javier Bardem As Anton Chigurh (No Country For Old Men)

Portrayed by the famous Spanish actor Javier Bardem, Anton Chigurh is the main antagonist of the eponymous movie adaptation of Cormac McCarthy’s novel titled No Country for Old Men. As a psychopathic assassin without any guilt or compassion, he is a hitman in 30s with dark complexion and eyes as "blue as lapis ... Like wet stones." Chigurh wields a captive bolt pistol for killing his victims and destroying cylinder locks on doors. He flips the coin to decide his victims’ fate.

Bardem’s character as Anton Chigurh garnered him wide acclaim and he was also awarded an Academy Award for Best Supporting Actor, a Golden Globe and a BAFTA for his brilliant performance. He has also got into the prestigious lists of several greatest villains, most notably in Empire Magazine's list of The 100 Greatest Movie Characters Of All Time.

10 Secret Facts That Every Robocop Fan Must Know