We know Lord Krishna as a young butter thief or flute player or the legend who has1106 wives, but Krishna is beyond all these. So, know some most uncommon or unique facts about Shri Krishna! 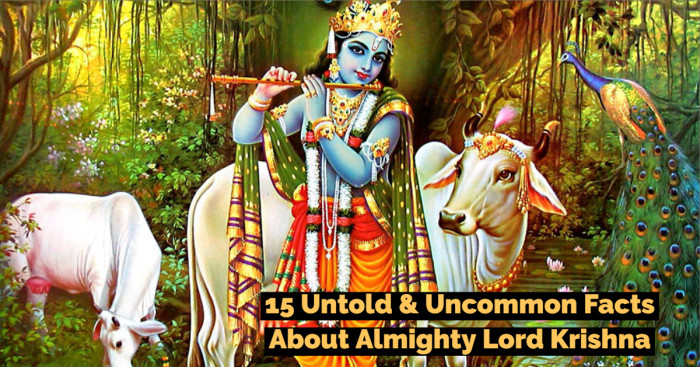 Whenever one refers to Lord Krishna, few names instantly come into our mind like ‘Makhanchor,’ ‘Girivardhari,’ ‘Murlimanohar’ or ‘Arjun’s Saarthi.’ But Krishna is so much more than this. Oh yes, there are so many facts about Shri Krishna which remain untold.

He is one legendary mythological figure who has the most inspiring and fascinating stories, which are also at times relevant to human lives. So, here we are with the most interesting and amazing facts of Lord Krishna which are so less common among all. 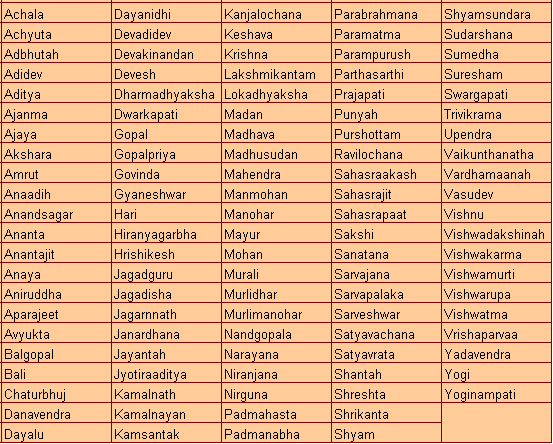 Lord Krishna is the central figure of the Hindu Bhagavad Gita and widely considered to be an ‘avatar’ - a divine incarnation of Lord Vishnu.

In approximately 3,228 BCE, Sri Krishna was born in Mathura city, Uttar Pradesh, in northern India. Sri Krishna’s life is considered as a mark of the passing between the Dvapara age to the Kali Yuga (current age).

The name ‘Krishna’ is one name of Lord Vishnu but even Krishna has a total of 108 names. Including Mohan, Devakinandan, Ghanshyam, Govind, Hari, Shyam, Vasudeva, and Baanke Bihari, he has 108 names.

2. Lord Krishna was Cursed by Queen Gandhari which Led to the Destruction of Yadu Dynasty

The war of Kurukshetra was managed by Shri Krishna which further led to the death of 100 sons of Queen Gandhari. So, when Krishna approached Gandhari for showing condolences to her 100 sons, she cursed Krishna that in the next 36 years, he and his Yadu dynasty would expire. 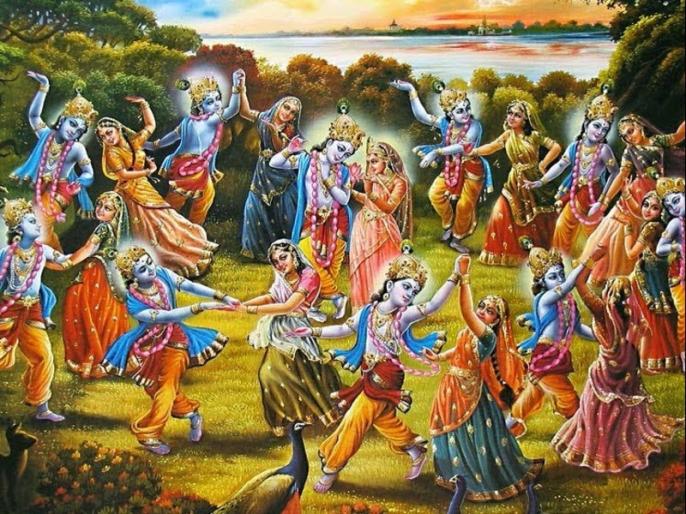 There is a logical story behind this unique and unknown fact about Lord Krishna. Yes, there are total 16,108 wives of Shri Krishna from which eight were considered his principal wives. For the same reason, he is also referred to as “Ashtabharya.” The eight wives were Rukmini, Jambavati, Mitravinda, Satyabhama, Nagnajiti, Bhadra, Kalindi, and Lakshmana; moreover, from each wife, Lord Krishna had ten sons.

But then from where these 16100 wives came? So, there was an evil spirit Narakasura who had gripped 16100 women forcibly. And, Shri Krishna freed those 16,100 women from the control of the evil. But, when all those women returned to their families, none of their families accepted them back. So, to shelter them and bring respect to their lives again, Lord Krishna married them. Hence, to protect their honor, he did so. And as a fact, Krishna never had relations with any of them.

4. The Skin Color of Krishna was Dark, Not Blue 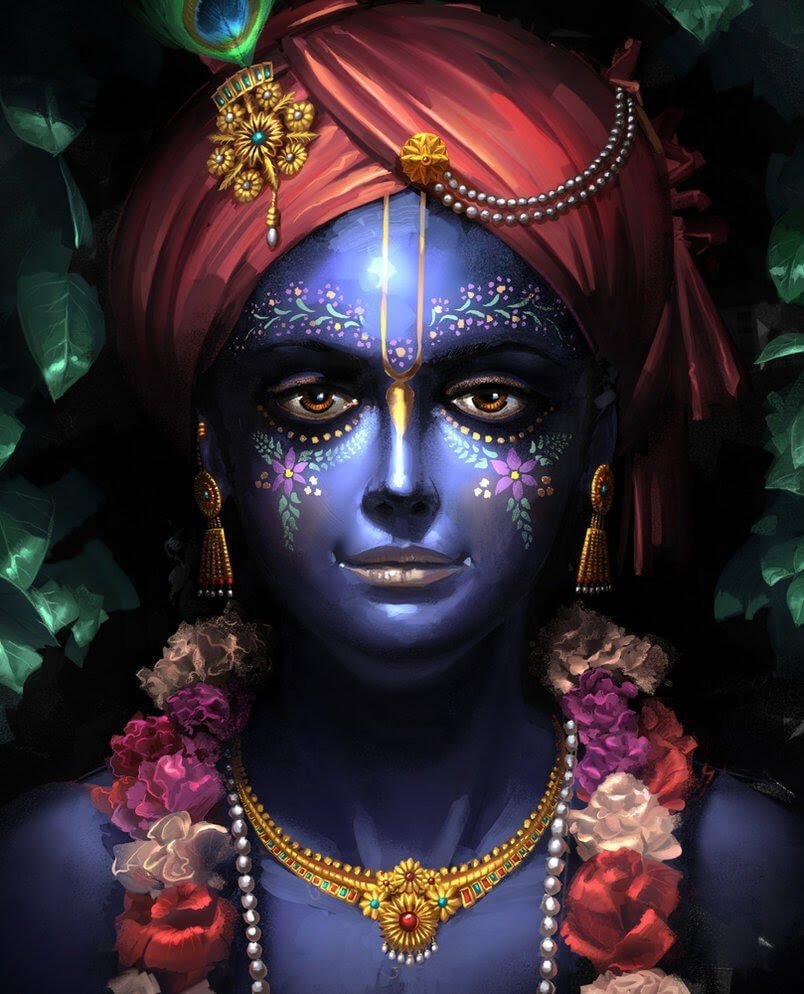 There are different theories about the skin color of Lord Krishna. As we have seen in ancient paintings or sculptures, Lord is depicted in lightish blue. However, in Puranas, it is mentioned that Krishna was not blue but bluish back in color. Even the Sanskrit meaning of word ‘Krishna’ is a person with a dark complexion.

Then why it seems blue? Some spiritualists say that the engaging aura of Krishna had some bluish shade; hence, he is depicted in blue color.

While mythologically, it is also believed that as Krishna drunk poison at the time he killed one demon Putna, he has a blue color. 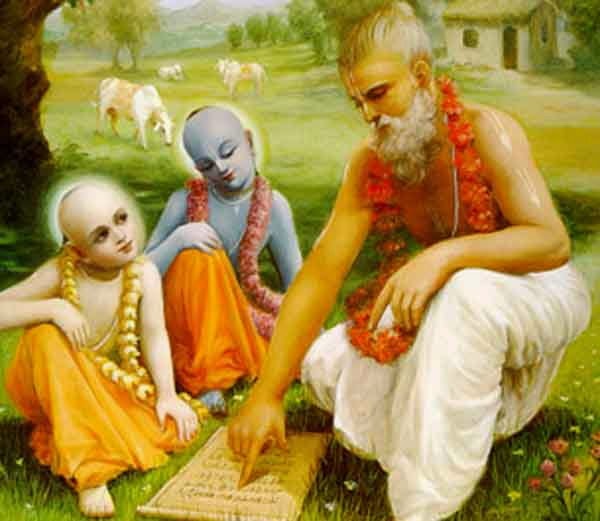 There was a time when Lord Krishna and Balarama (his elder brother) asked their Guru Sandipani Muni about Guru Dakshina. Then Muni asked them to bring back his dead son who had disappeared in some ocean near Prabhasa. So, to fulfill this wish of the Guru, Krishna and Balarama found out that Guru’s son had been caught by a devil Panchajanya inside a conch. Later, they brought him back to the life from death. 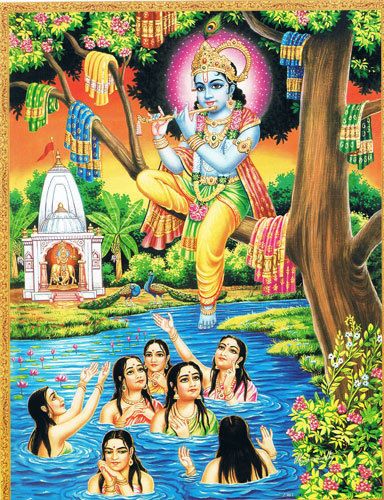 We know that before Krishna avatar, Lord Vishnu took avatar as Rama. And as Rama, he was called "Maryada Purushottam" who never entertained any mischievous act. So, when he reincarnated as Krishna, he was as an opposite impression of Lord Rama.

7. The War Cry for the Pandavas in Kurukshetra: Krishna Blew His Conch ‘Panchjanya’ 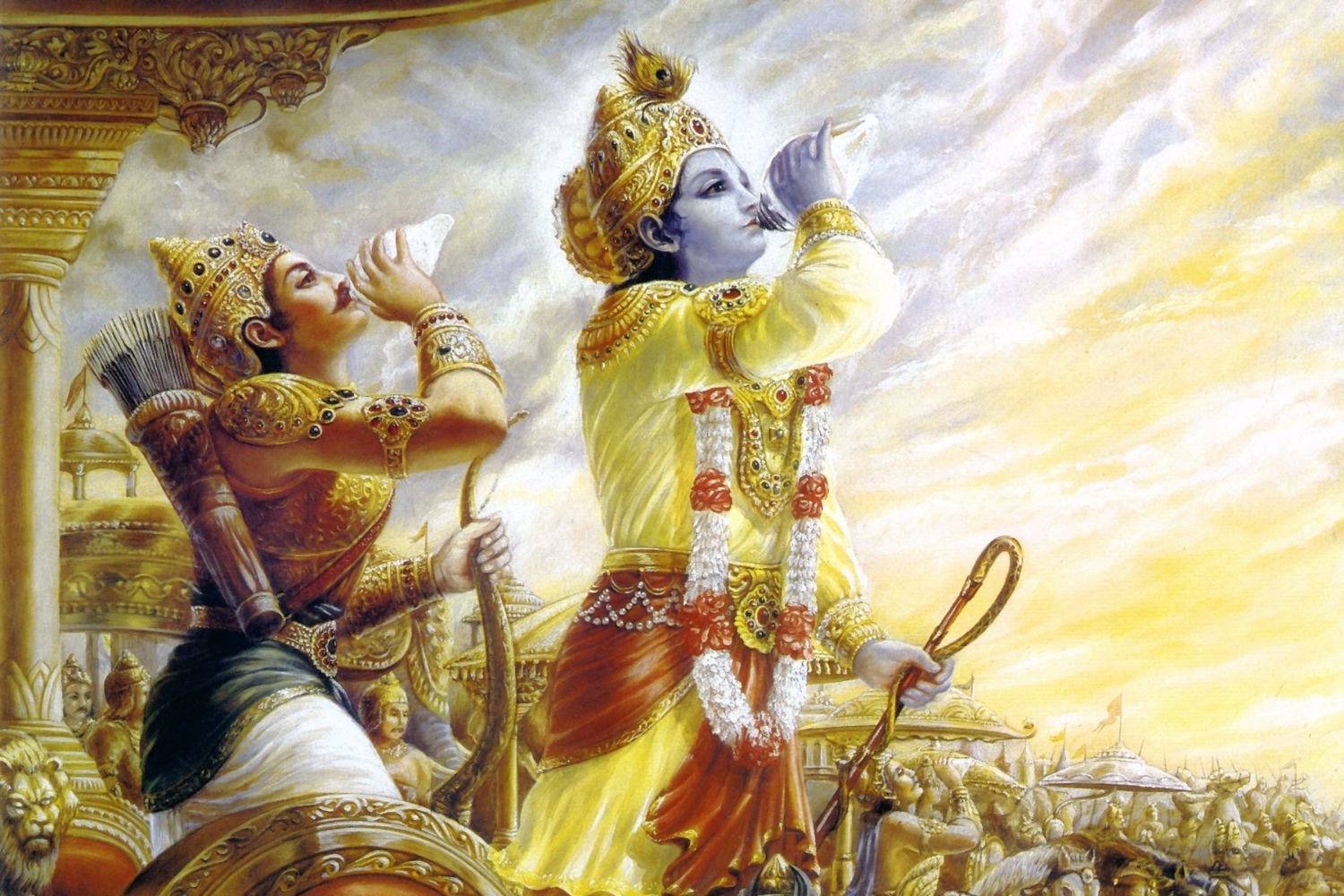 Krishna had a conch named Panchjanya (mentioned in 5th fact). That conch had powerful reverberations all over the world whenever blown. So, to indicate the start of the Kurukshetra battle and to symbolize the victory of dharma (righteousness) at the end, Krishna blew his conch.

8. Relation Between Krishna and Pandavas 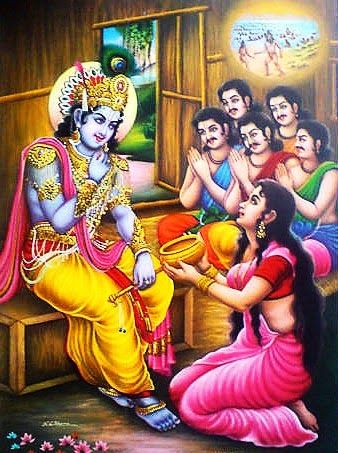 The son of Devsharavu (Vasudev's brother), Eklavya- the skilled archer, was Shri Krishna’s cousin. When Guru Dronacharya made Eklavya cut off his right thumb, Shri Krishna allowed Eklavya a privilege to be reincarnated and seek revenge.

But when Eklavya lost his right thumb, he became violent about proving himself as the greatest archer. And, also he taught himself to be ambidextrous. Further, he started finding the path of justice.

Meanwhile, when Krishna was going along with Rukmini, Eklavya joined forces with Shishupala and Jarasandha to stop him. At that time, Krishna hurled a rock at Eklavya killing him since Eklavya challenged him.

However, Eklavya reincarnated further as Dhrishtadyumna for the sole purpose of killing Dronacharya.

10. The Reason Behind Krishna Avatar 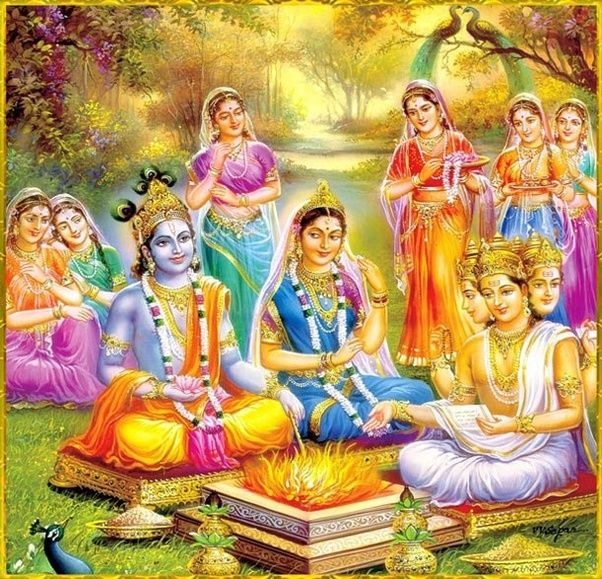 It is mentioned in Puranas that Lord Krishna is the Supreme Godhead. And, same for Shri Radha Rani. It is believed that Radha and Krishna were together in Golok even before incarnation on the earth. But Radha was cursed by Sudama (Krishna's friend) to take birth as a normal human being on the Earth with erased memories of Golok and must live separate from Krishna for one hundred years. Therefore, Krishna planned his incarnation to live with Shri Radha Rani for the initial period of their life on the earth.

It is also believed by some that Brahma arranged their marriage during that period. But later due to the curse, they separated and met again after completion of hundred years.

This fact is also popular as the Nidhivan Mystery. It is a belief that every night, Lord Krishna pays a visit to Nidhivan, located in Vrindavan, Mathura. And, he not only visits but also conducts Maharaas along with Shri Radharani and several Gopis.

12. Why We Take Radha’s Name Before Krishna? 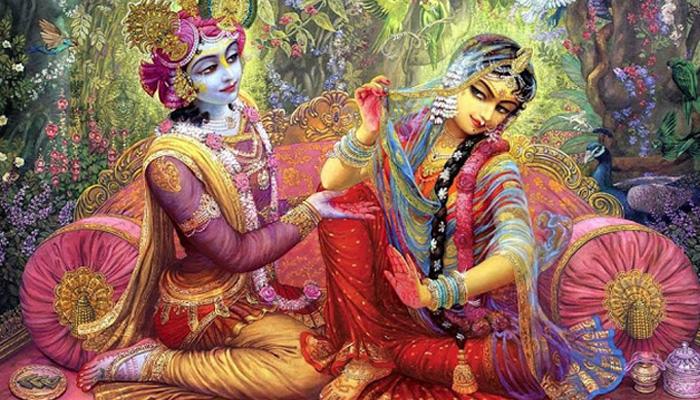 Everyone knows that Krishna is well-known for his love-tales, his wise-ness and his outstanding intellect behind the Mahabharata. His wittiness has a huge significance in Hindu mythology. But then why Radharani’s name is always taken before him? Why his name is not taken first?

So, there is an interesting story behind it. The moment when Lord Krishna had to leave earth, and he was caught by an arrow on his foot, he was having one conversation with his loved ones. Then while it came to Radharani, she mentioned that she loved Lord Krishna but might never meet again after he leaves because there was no marital relationship between them.

At that time, being a great communicator who could easily convince everyone, Krishna told Radha that out of all his wives, no one else’s name would be taken except Radha’s. And, further, he also declared that from now onwards, in any ritual or Hindu mythology, Radha’s name will be taken before his name.

It is one of the most unknown or uncommon facts about Krishna. Even after having 1106 wives, he is known as Askalitha Brahmachari. Yes, it was proved during Mahabharata. Krishna protected King Parikshith in his mother's womb from immortal Ashwatthama's Astra.

There was a time when Parikshith was about to be born, and the ladies appealed and cried to Sri Krishna to save the child. But everyone was in the confusion that how is Krishna going to save the child from the impacts of the arrows (apandavastra) of Asvattama.

At that time Krishna said,

“If the child be touched by one eternally celibate (Nitya Brahmachari) the child would be brought to life.”

“If I am eternally celibate (Nitya Brahmachari) may the child be brought to life.”

And, then the infant began to breathe and was later known as Parikshit.

14. The Connection Between Mirabai & Lord Krishna 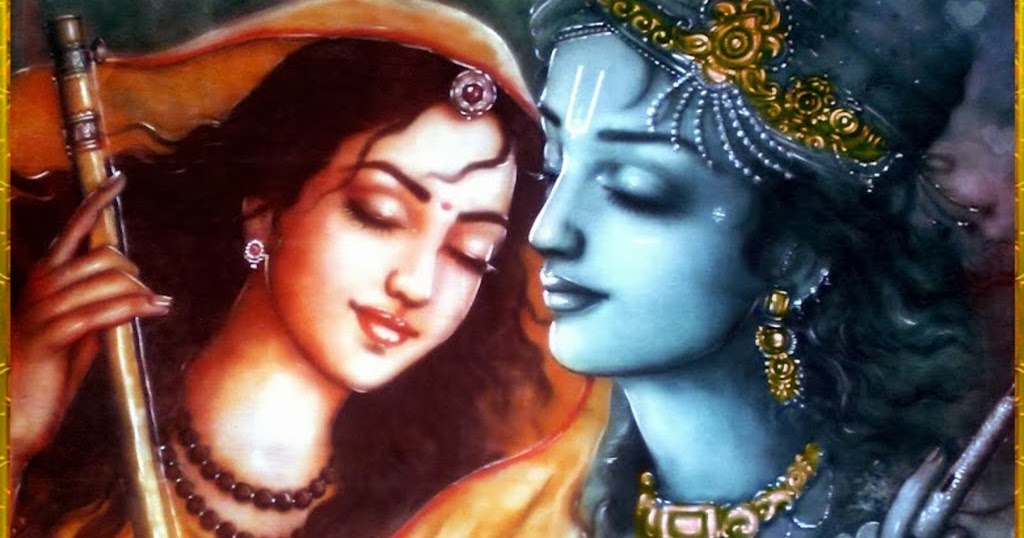 Meerabai was a famous saint and Rajput princess who lived in Rajasthan state. At the age of four, while watching a marriage procession, Meera, asked her mother politely,

"Dear mother, who will be my bridegroom?"

And, being in the hassle of household chores, Meera's mother pointed towards the idol of Sri Krishna and said,

"My dear Meera Lord Krishna is going to be your bridegroom."

Little Meera believed it and manifested a deep devotion to Krishna for her entire life.

She was one of the most celebrated poet-saints of the Bhakti movement. Further, she got married to Bhojraj; but still, since she already considered Lord Krishna as her husband from childhood, she never accepted Bhojraj as her husband at heart. However, she devotedly served at the time he needed her most. But after his death, she entirely devoted herself to religious pursuits and sang praises of Lord Krishna in Vrindavan as well as in Mathura.

Even it is believed that Meera Bai didn't die, she got merged in Krishna statue in Dwarka (Gujrat). As evidence, today also we can see her cloth of Saree attached to the statue.

15. Several Curses & the Act of Adharma Against Vali Led to Krishna's Death 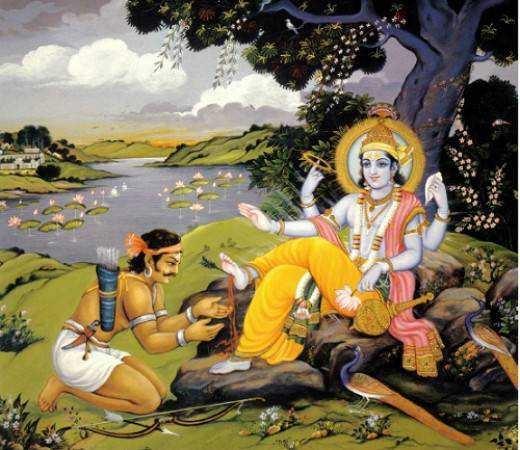 The reason behind the death of Lord Krishna was linked with many curses. As mentioned above (in 2nd fact), Queen Gandhari cursed Krishna that he would die with the entirety of his clan in 36 years.

Moreover, sage Durvasa also cursed Krishna when he asked Krishna to apply kheer all over his body. At that time, Krishna did obey but did not apply kheer on Saint’s feet as they were leaning on the ground. So, in anger, saint Durvasa cursed Krishna stating that his death would come by his foot only.

And, when Yadu(dynasty) clan brought about their destruction following Gandhari's curse, Shri Krishna went into yoga samadhi under a tree. At that time, Krishna's foot was mistaken by a hunter who shot an arrow into Krishna's foot. Realizing his mistake, Jara asked for forgiveness, but Krishna explained that in Ram avatar, he had killed Vali (Sugreeva's brother) from behind and was now receiving the result of his karma. So, now Vali had been reincarnated as Jara to kill Krishna.

Hence, we have mentioned 15 untold & uncommon facts about Lord Krishna which remain untold. However, in case you feel any of the fact discussed in the blog is false or needs more details, feel free to provide your suggestions and feedback. And, also you can tell us more interesting facts about Krishna in the comment section.