Why are Porta Potties the Future of Sanitation & Toilets?

Porta-potties were first introduced in the 1960’s. Since then, they are noticed in different structures and design at different places including weddings, events, and exhibitions. 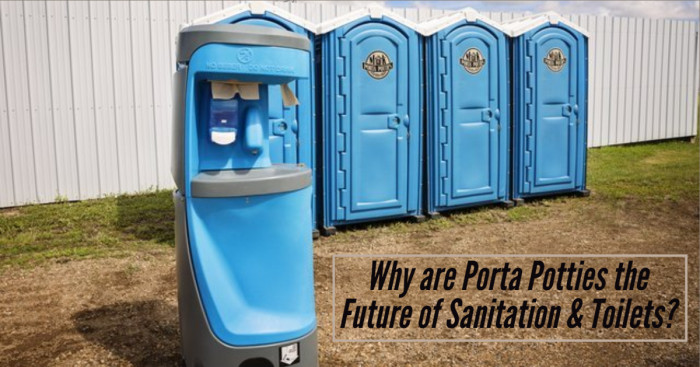 Gone are those days when you had to sit down at a particular place to use a landline to place a call or computer to finish your assignment. Thanks to technology, you can now take laptops and smartphones wherever you want.

Having said that, a porta-potty or PortaJane is a new invention that can take your waste anywhere. Despite the long history of clearing out our bowels and bladders, the concept of the portable toilet was not exposed until the 1950’s. It was after the 1950’s that we began to build self-contained toilets and movable toilets to take our waste.

These portaloos are used at festivals, in toilets, on boats and other places which do not have direct access to toilets.  Porta potties are often referred to as mobile toilets. Let us know more about the types of porta potties here.

What is Porta Potty? 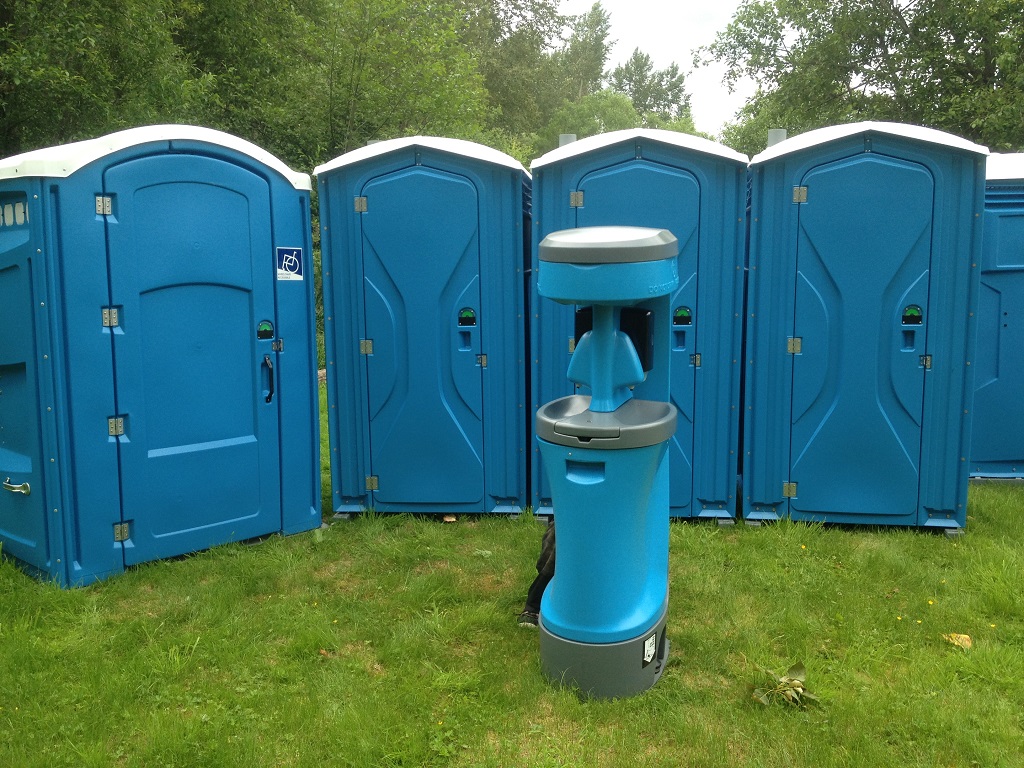 The word ‘porta-potty’ means a portable potty. You might be familiar with this portable restroom that is used mainly at outdoor events and construction sites. It is sometimes referred to as a mobile toilet that can be placed anywhere. Porta potties are specially brought on site to provide quick sanitation service. Some toilets are reusable and can be shifted to other places, while there are some that are easily installed but cannot be moved (they become permanent at the place).

The main advantage of using porta potties is that they don’t need any pre-existing services such as sewage disposal because these services are self-contained. Today movable toilets are the great example of modern ingenuity and convenience. They are easy to rent, safe for use and help in disposing of waste when onsite toilets are lacking in function.

What are the Applications of Porta Potties?

Porta Potty, outdoor toilet or Porta Loo can be used in various situations. For instance, these outdoor toilets are used in urban slums at festivals, or on boats. Having portable toilets at sites provides convenient access to workers and also prevents the contamination. The site owners use portaloo to ensure that the project completes on time.

With natural disasters such as hurricanes or flood, access to restroom facilities becomes limited. When victims are moved to a shelter facility, the traditional restrooms may not handle the sudden rush of people. In this case, the porta-potties are called by relief personnel to help the victims relax in an emergency.

In special events like weddings or exhibitions, the event managers place these outside toilets to supplement the need for pre-existing toilets. Portable toilets are mainly used in marathons and bicycle race. The race planners place these portaloos at locations along the race route.

Experiencing the nature’s beauty and enjoying the fresh air is what millions of people love about traveling. However, the absence of convenient access to restrooms can make the places and natural resources dirty and contaminated. When a place becomes a tourist attraction, the portable toilets are brought to provide, sanitary natural environment.

The Evolution of Outdoor Toilet 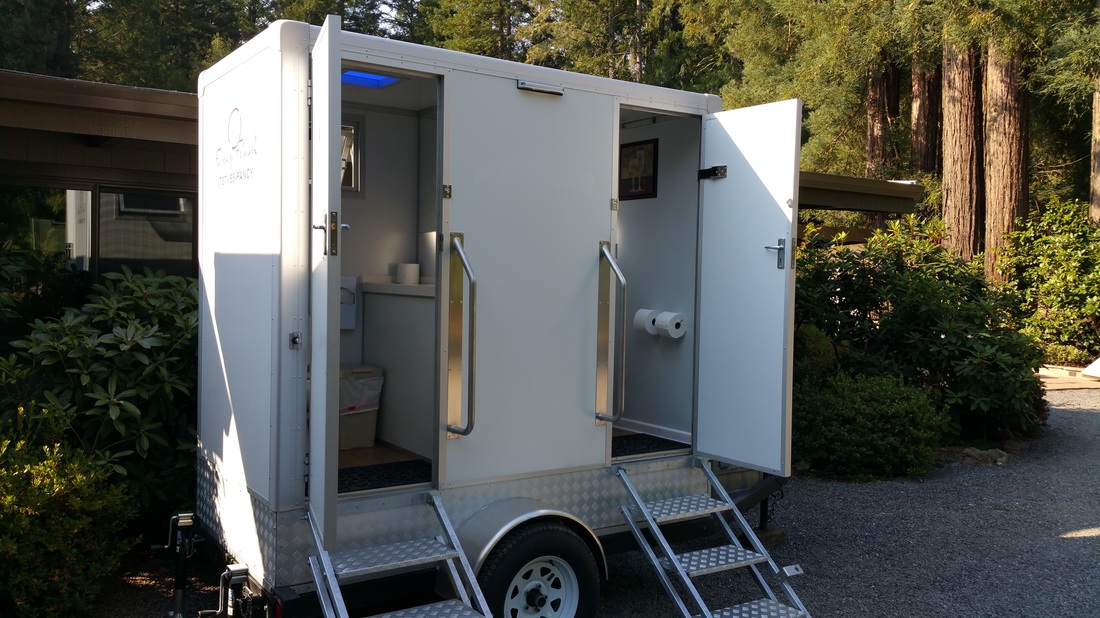 Unlike outhouses that are built separate from a building and covers one or more toilets, these portaloos are self-contained units that store human waste temporarily in a tank. The waste is then removed by professionals.

The technology of portable toilets came into existence during World War II. The temporary sanitary toilets were constructed for the military into the areas that lacked in infrastructure and facilities. During that time, the porta-potties were constructed of wood or metal and shifting them from place to place was quite challenging. The involvement of plastics and polymers then helped the industry. (10.1)

After many years, Harvey Heather designed the one-piece fiberglass unit called ‘Strongbox’. This new porta potty design was made out of wood or metal but, it was light in weight and easier to clean. The design and structure of new Strongbox were appreciated, but this molded design had some drawbacks. The dark and thick material didn’t allow any natural light and the box was not designed to be on flatbed trucks, increasing the cost of transport.

The newly designed porta potties have come a long way after Strongbox. The modern portable toilets allow white light to enter inside. It also includes a ventilation system to remove the unpleasant smell, a non-slip floor, and antibacterial gel dispenser for better sanitation.

The common misconception about portaloo is it is used only when the guests can’t hold it longer. But modern portable potties are more than that. They come equipped with amenities and provide comfort to the person. They include freshwater sinks, luxury toilet trailers, fragrant paper rolls and more. Porta potties, taken on a rental basis, are more affordable. The company ensures a hassle-free portable toilet rental with timely delivery and pickup service.

There are some portable toilets which can easily be carried by a person, while there are some which need lifting equipment such as a crane to shift it to another place. Let us know different types of porta potties here. 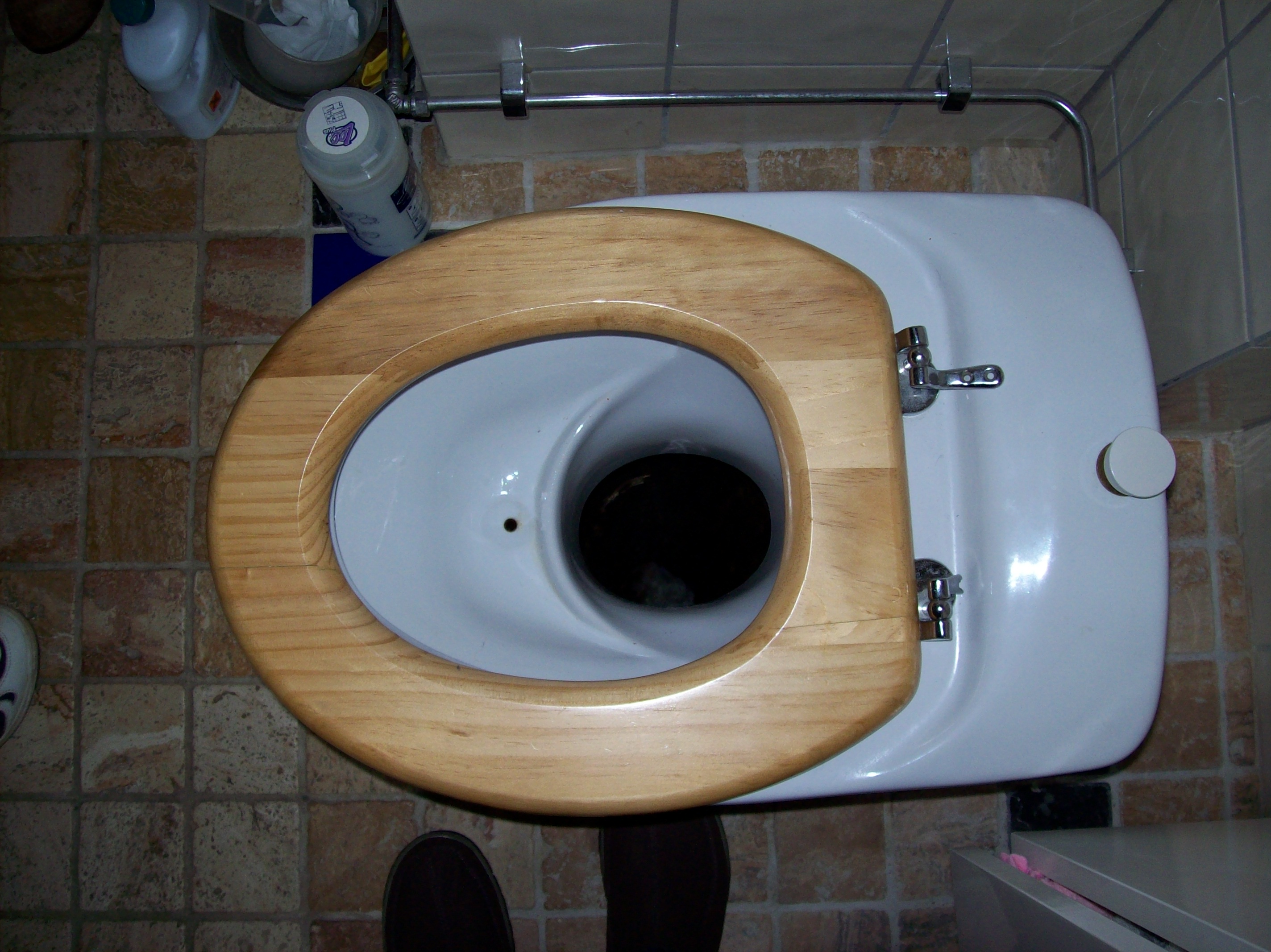 Urine-diversion dehydration toilets (UDDT) are also referred to as standalone units or mobile toilets. These portaloos are identified by their one-piece plastic shells or by simple plywood box when constructed at home. There are various types of UDDT. The single vault UDDT has only one feces vault. The double UDDT has two feces vaults that are used alternately. These mobile toilets are taken on rent basis for functions and weddings.

As the name suggests, the freezing toilet is a kind of toilet which freezes the waste in a short time. It works on electricity and is plugged into the wall. The waste is frozen which stops bacteria from growing. The freezing toilet does not need ventilation or chemicals to work. It keeps the waste odorless and can easily be moved to different places. 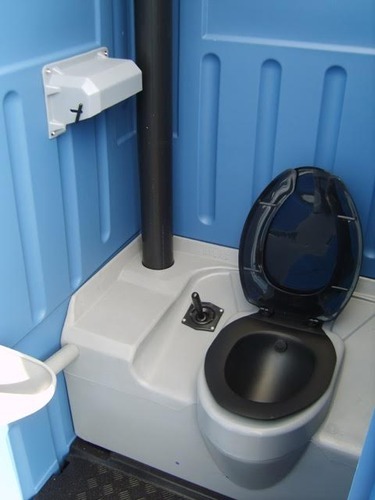 Chemical toilets collect human waste in a tank and use chemicals to eliminate the odor. The chemicals may contain biocides that stop smell-causing bacteria to grow. This kind of portaloo may include toilets on trains and planes. 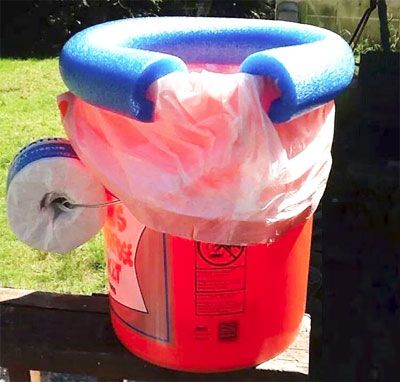 A bucket toilet is a dry toilet mainly used to collect human waste. When people do not have access to better sanitation, particularly in rural areas and low income developing countries, this bucket toilet might be a better option than open defecation.

It is a kind of toilet that treats human waste by a biological process called composting. The composting process breaks down the waste and turns it into compost. It is then carried by microorganisms under controlled conditions. In many cases, carbon additive like coconut air or sawdust is added to the toilet to remove the awful smell. These kinds of toilets are used in rural areas or parks that lack sewage treatment.

How do Porta Potties Work? What Happens to Human Excreta & Where Does it Go?

If you are someone who loves knowing and exploring how different technologies work, then you might be fascinated by the process of how porta potties work. Most porta potties function in the same way. The human excreta falls from the toilet into a container or a bin that can hold waste. Each porta potty has a hole to empty the filled bin. The modern porta potties come equipped with a sensor to indicate you when the bin is to be emptied.

After the bin gets filled, the sanitation company arrives on the site with a truck that has storing tanks. The output holes of the porta potty are then connected to the large hoses to suck out the waste. Once the waste is completely extracted, the crews, then refill these portable toilets with fresh toilet paper. To remove the awful smell of the waste the crew then fills the empty bins with a chemical substance to keep the bathroom smelling fresh.

The truck then goes to an authorized sanitation cleaning area and treat the human excreta safely and hygienically.

What Lies Inside the Tank?

The first rule when using a porta potty is to NEVER look inside the tank. There can be harmful bacteria and some chemicals to eliminate the unpleasant smell of waste. The chemicals are poured into the tank to remove the bacteria. For thousands of years, the companies have been using formaldehyde to kill bacteria. Later, some countries outlawed the use of formaldehyde because of some reasons.

The restriction of formaldehyde then resulted in new greener solutions for this mobile toilet. Now there is no killing of bacterial life in the tank. The green approach is mainly introduced to benefit enzymes that feed on bacteria. Biological additives increase the speed of decomposition of organic matter that means the tank doesn’t need to be emptied frequently.

Sometimes weather changes can also damage the tanks. When the temperature is hot outside, the bacteria go into overdrive and the bin gets stinky very fast. To maintain this, the operators change the ratio of chemicals for better results.

Things You Should Keep In Mind While Maintaining Porta Potties 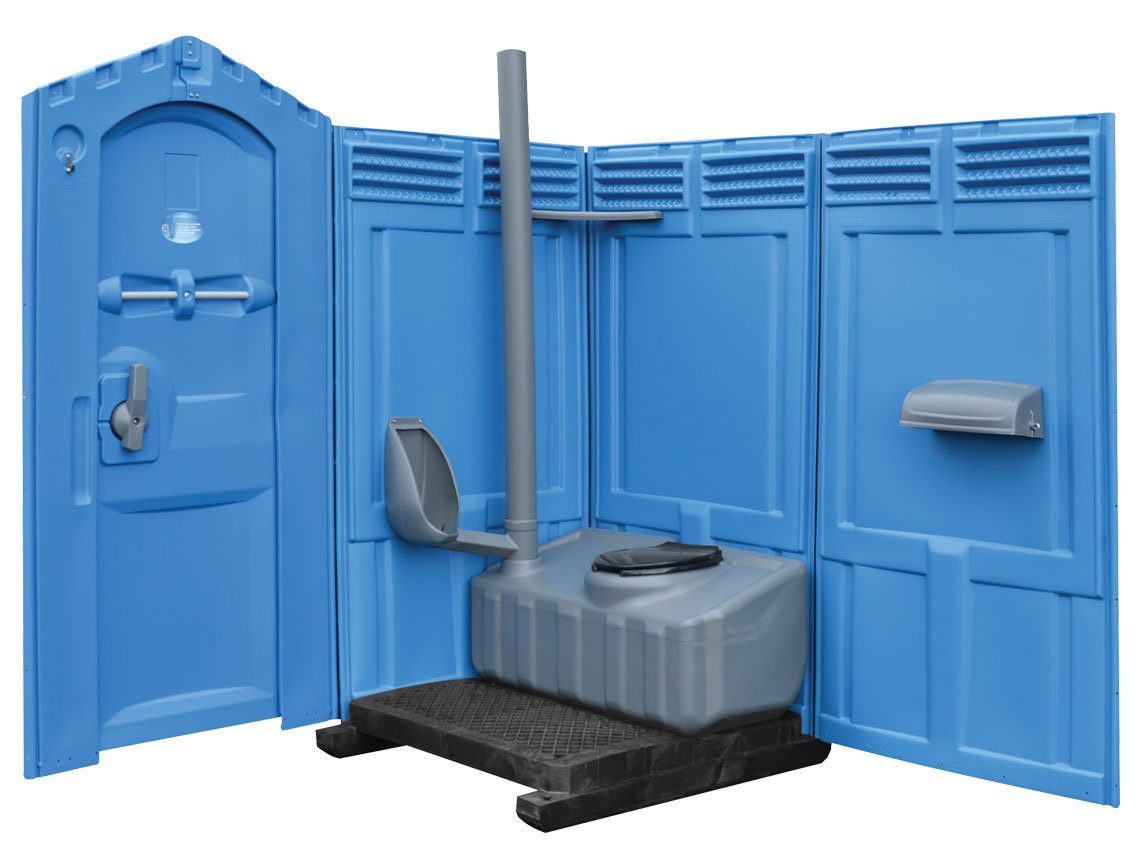 If you are planning to buy porta potty, make sure you are familiar with keeping the things neat and clean. The porta potty unit involves a basin which should be emptied frequently or as and when needed. The frequency at which bin should be emptied depends on different factors. These may include:

You can even ask for the scheduled request from the owner if porta potty is taken on a rental basis. Once the new basin is added or reinstalled, the mobile toilet will be ready to use once again.

Porta Potties Are Not As Dirty As You Think

It doesn’t matter where your porta potty has come from; it is common to note that they are considered as the dirtiest things around. But the truth is the public toilet seat is used several times a day and is dirtier than a portable toilet.

The seat of the portaloo is clean when compared to an average permanent restroom, it carries fewer germs and can be considered as the cleanest surface of all. 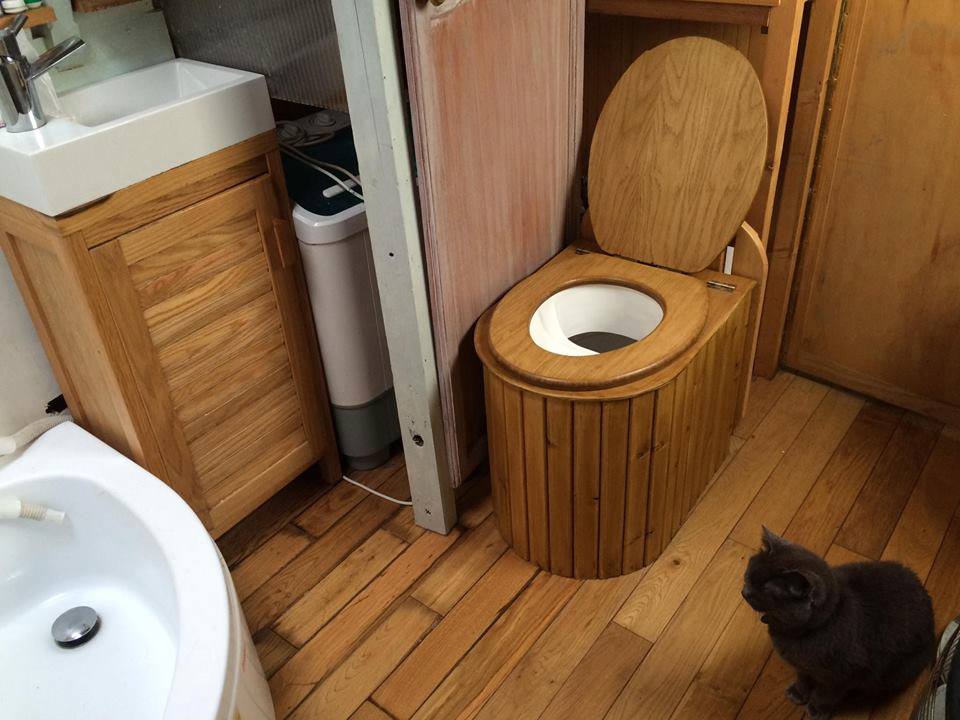 Portable toilets save lots of water. Nearly 45 billion gallons of water are saved annually with the use of porta potties.

The blue liquid in the portable toilets is blue for a reason. The blue dye is used to hide the appearance of other waste and dirt in the toilet. It also contains biocides and fragrance to eliminate the odor.

According to the study, nearly 1.9 million people die each year because of poor sanitation and improper toilet facilities. Portable toilets offer an inexpensive solution to this huge problem.

Right from weddings to construction sites and exhibitions to marathons, porta-potties play a key role in maintaining the environment and meeting the needs of the guests. These outside toilets came into use during WWII. They are not pretty but, these structures fulfill a societal function.

The next time you find yourself in a situation to use porta potties, feel good that you are at least contributing something to the society.

10 Weirdest But Easiest Tips to Live Longer and Stay Healthy