Marine Underwater kingdom is the largest living place in the world and many large species call it as their home.

The Sea is a place where millions of species reside. The ocean contains 71% of the total space on earth serving a home for more than billions of creatures. Out of these species, some of them got extinct due to change in the temperature of the water and other environmental factors and others are on the verge of extinction.

The oceans are so huge that scientist cannot explore from surface to the depth of the sea. Therefore marine life has been a research activity for many scientists. These activities have laid emphasis on to find the largest animals present in the underwater Kingdom.

Here are some of them of the largest animals which are present in the underwater kingdom are: 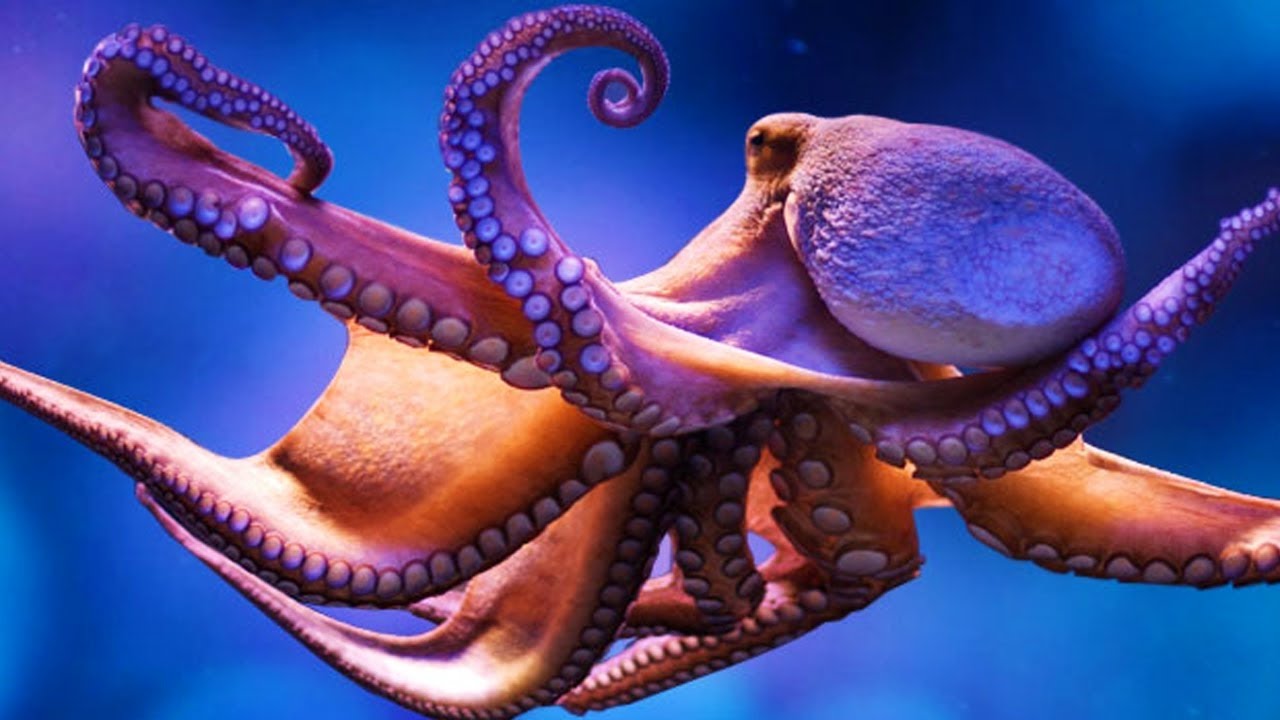 The Giant Pacific Octopus has four pairs of long arms making it the largest octopus found in the Pacific Ocean. These arms are about four meters long. This octopus lives same as the humans and their immune system gradually reproduces in the life time. As they no longer can feed themselves thus they die.

This octopus is similar like a chameleon which changes color according to the surroundings. This octopus lives longer than any other octopus species. The weight of this kind of a species is 600 pounds and is 30 feet long. (1.1) 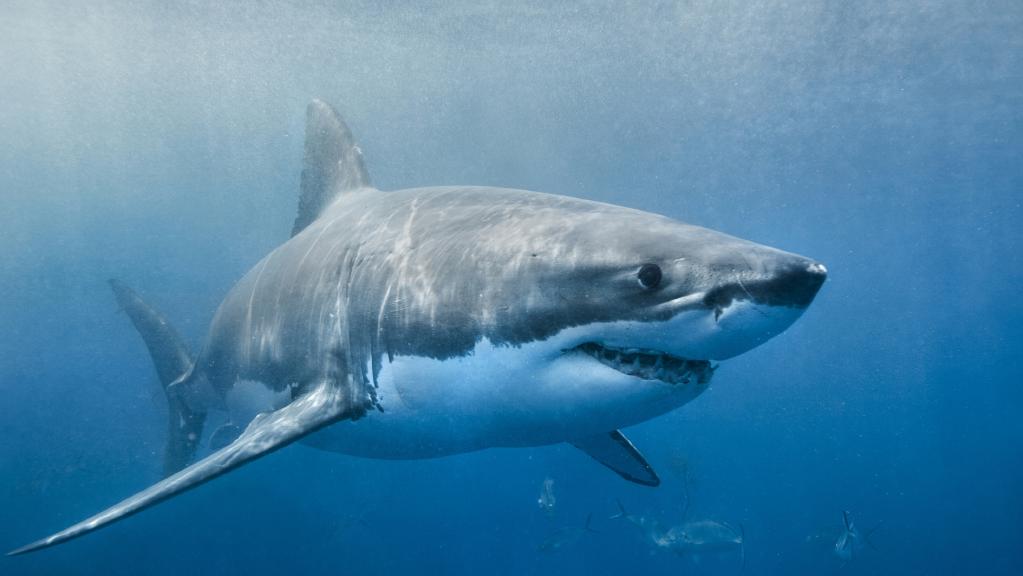 The Great White Shark has a shape like a torpedo and can dive up to 15 miles with high speed. These are the largest predatory creature on the Earth. These species grow up to 15 feet height and 5000 pounds. It is a most famous shark in the world.

It is possible to observe this shark in the South Africa, Australia, and the Gulf of Mexico. The largest species is named Deep Blue, this species lives in the island of Guadalupe. (1.2) 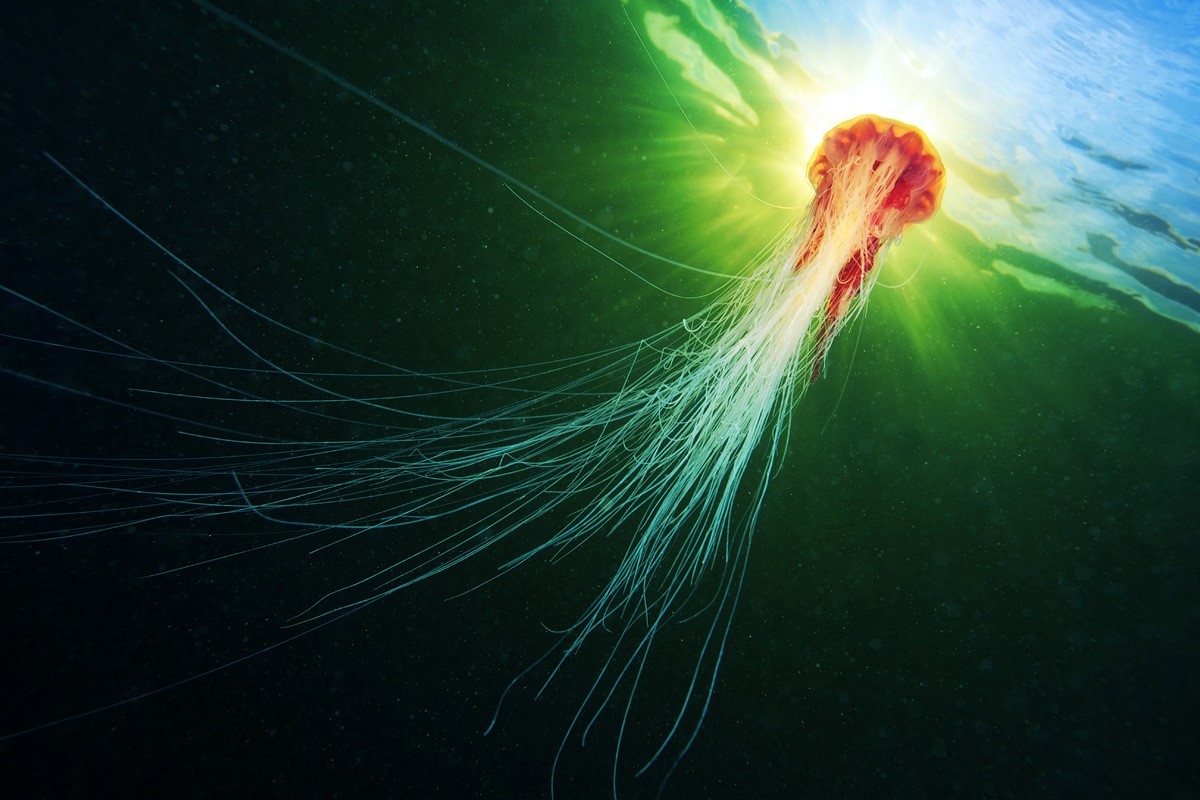 It is known as the largest Jelly Fish species in the world. It stays in the cold water of the Antarctica, Arctic and Pacific Ocean. It is called as the lion's mane Jellyfish.

It has a saucer shaped and has the uniform thickness from all around. It generally grows 30-50 cm in diameter. It has thin hair like tentacles which float in the current. These species have a muscular sting which may cause damage to the respiratory system, heart function, and muscular pain. It can still sting long even when strapped on the shore. These species are composed of 94% of water and are radially symmetrical. (1.3)

It is the largest known extant fish species with a length of 12.65 meters and has the weight of 12.5 ton. It is the second largest fish in the world. It is found in the open water of the tropical oceans. They have a lifespan of about 70 years.

These shark has a large mouth and has a filter feeder which is present in only two other sharks. The favorite food of this species is plankton. They scoop tiny plants, animals such as small fishes and other species with their mouths while they are swimming close to the surface.(1.4) 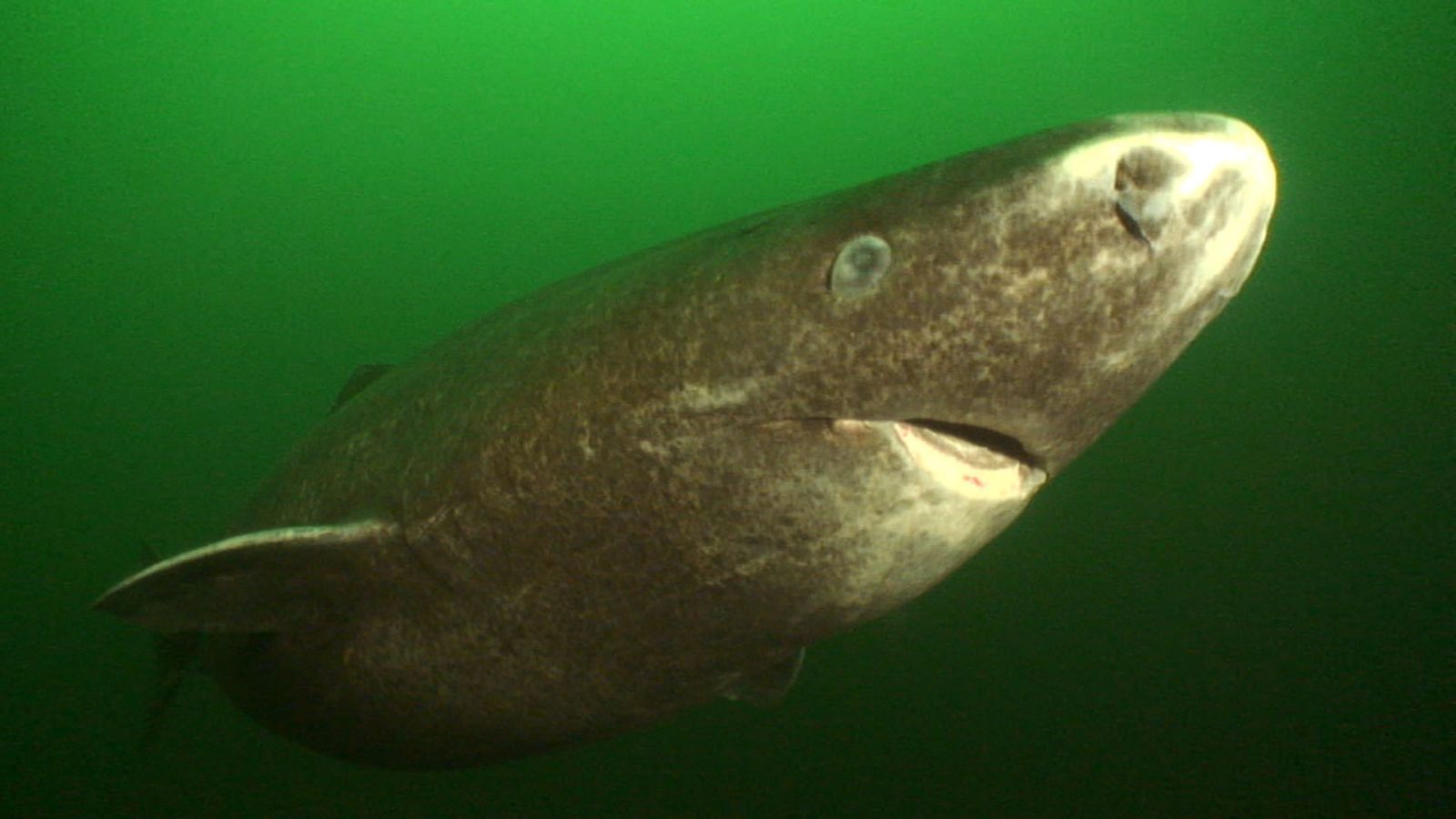 It is the oldest vertebrate in the world with the life span of 400 years. They are also known as Gurry or Grey shark. This species is mainly found in Atlantic and the Arctic Ocean. The species grow to 6.4 meters and has a weight of 1000 kg.

The male species of this Shark is comparatively smaller than the female species. It is a predator which eats small fishes and other animals present in the ocean. These include eels, herring, cod, redfish, lumpfish, wolfish and flounder. (1.5) 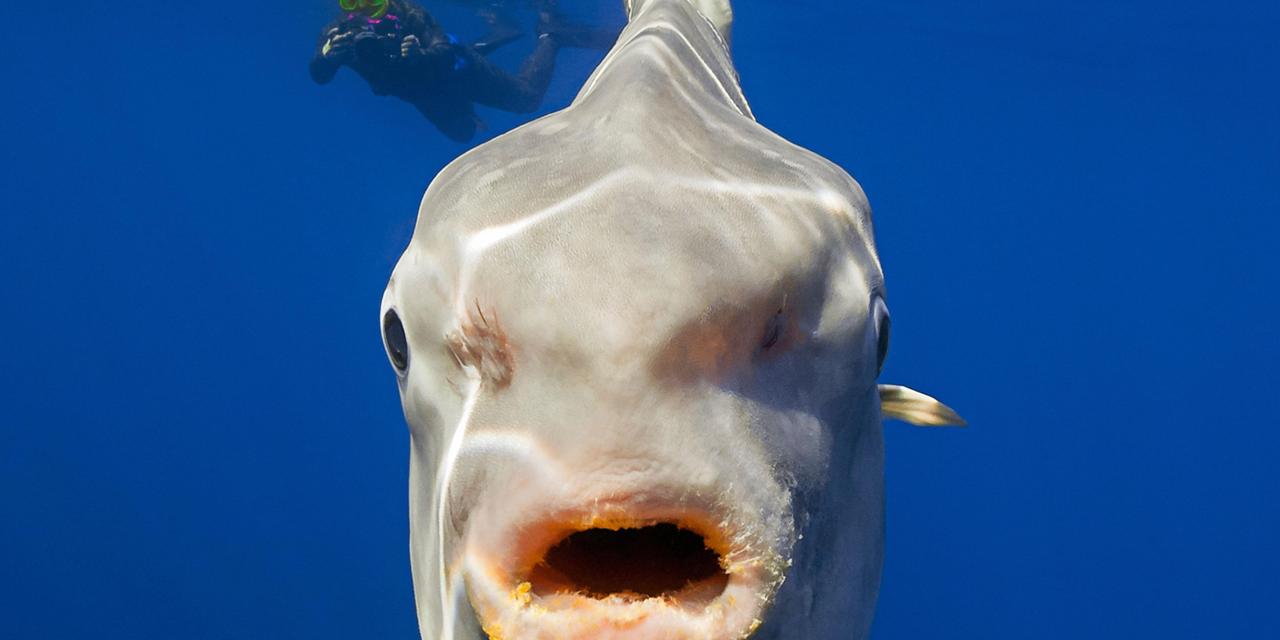 It is the heaviest known bony fish in the world. It is mostly found in the tropical and temperate water around the globe. Its body is flattened and has a head and a tail. It mainly eats jellyfish as its diet. They eat jellyfish in a large amount as it is nutritionally poor. They are long with their dorsal fins. It has a weight of near about 1000 kg.

Adult sunfish are vulnerable to the natural predators such as sea lions, killer whales, and sharks. This species can live up to 10 years in the world.(1.6) 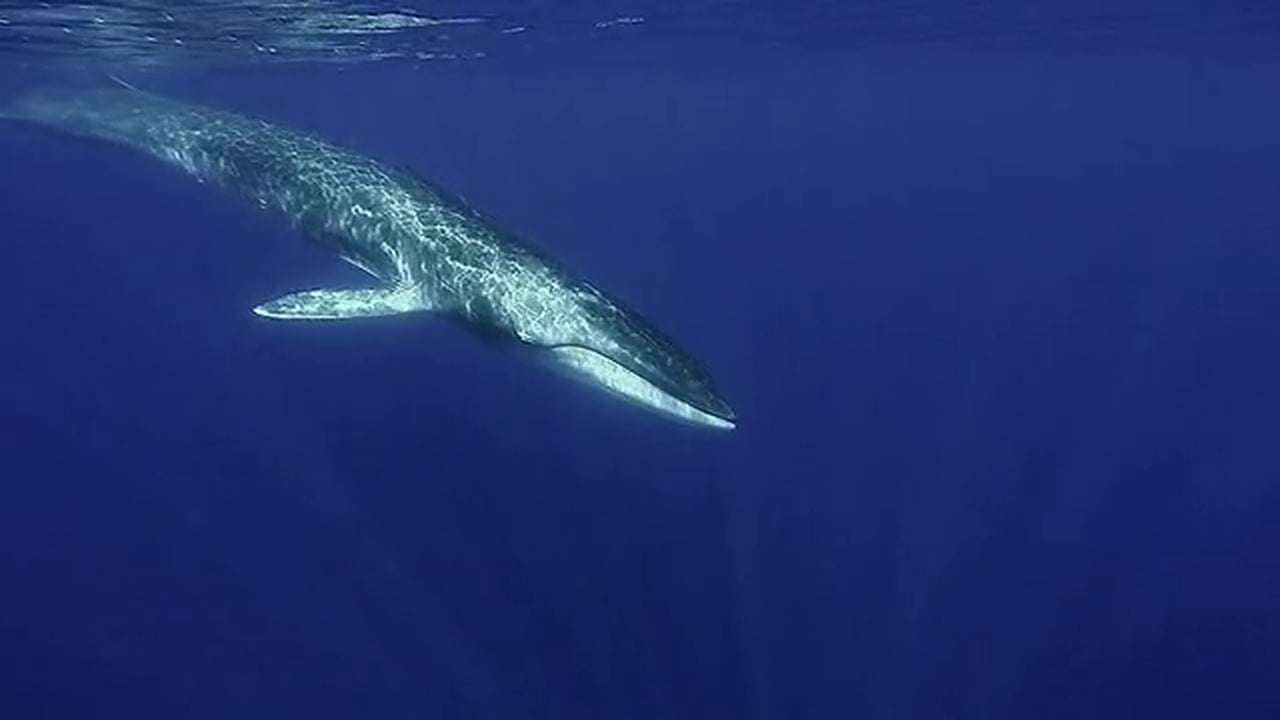 The fin whale is also known as the finback whale, razorback whale and rorqual whale which belongs to the marine mammal belonging to the baleen whale. It is the second largest whale in the world. This species occurs in the temperate and cold water. The species is present in the Atlantic and Southern Hemisphere.

The fin body is long, colored brownish gray with a paler underside. It has a lifespan of 94 years of age. It is found in world's major oceans. (1.7) 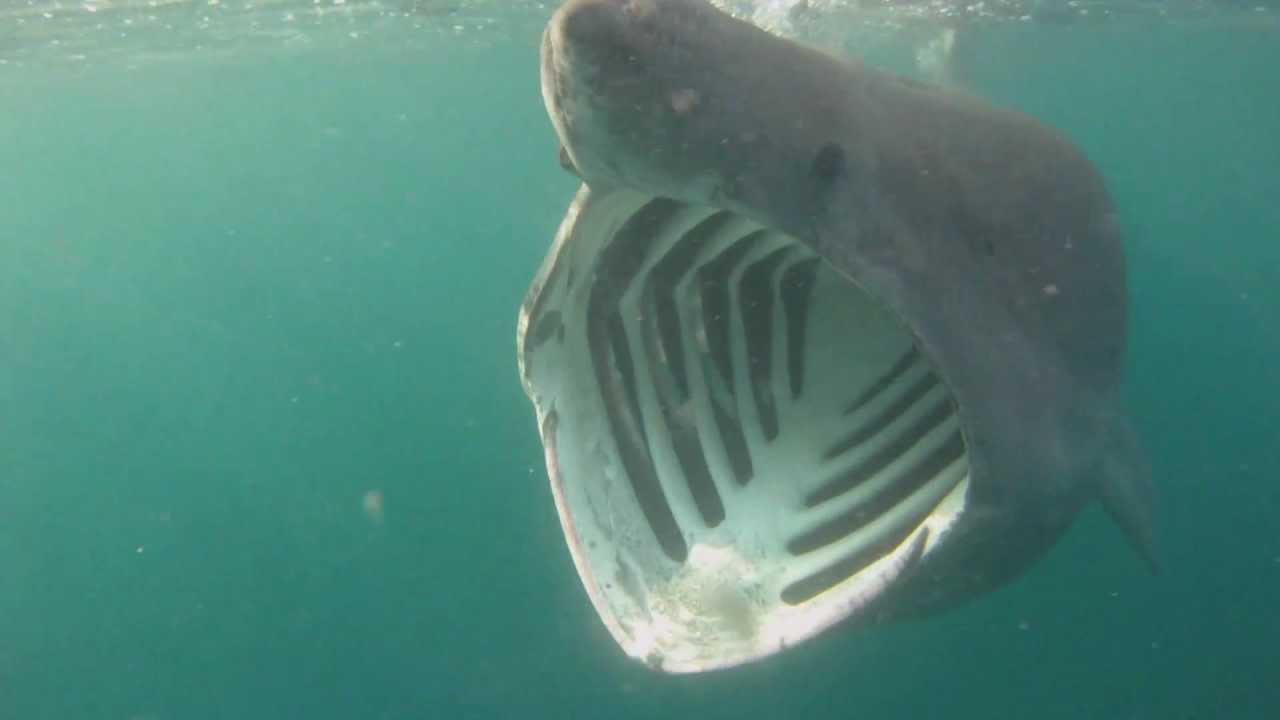 It is second largest living fish in the world after the whale shark. It is plankton eating shark with 20-26 feet in length. A slow moving feeding filter and is a cosmopolitan migratory species. They are usually greenish brown with mooted skin.

The basking shark coastal pelagic shark is found in the warm and brackish water and temperate oceans. It has the smallest weight -brain-size from rest of the shark.

These are the some of the largest animals present in the underwater kingdom.(1.8) 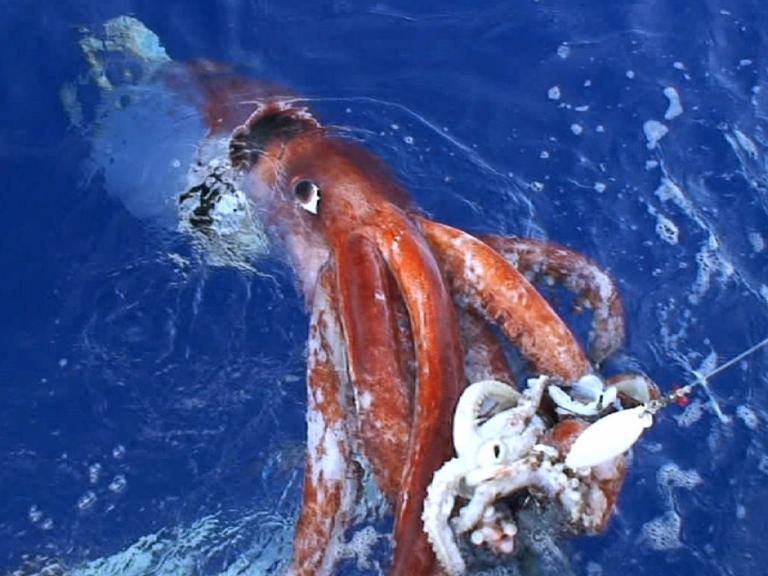 Like other squid species, it has 8 arms and it has two longer Tentacles for feeding purpose. This specie is found in the depth of almost 500 meters. It is the second largest mollusk in the world. Their diet consists of fish, shrimp, and other squids. (1.9) 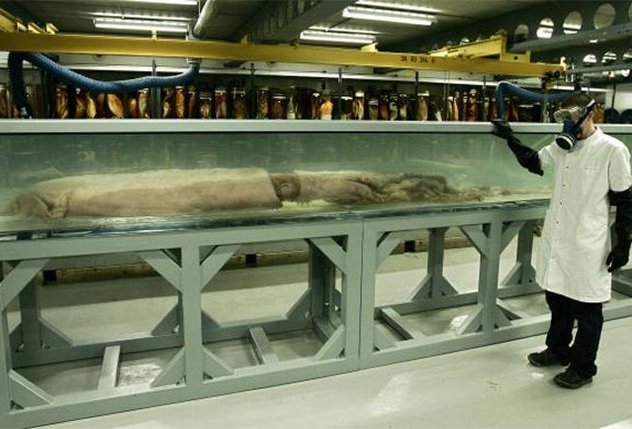 It is known as the Antarctic Squid. It is considered to be the largest squid species in terms of mass. Its maximum size range between 12-14 feet long and has the weight of 750 kg. It is the longest sub marine invertebrate species in the world. It is longer than the Giant Squid.

The squid range from Antarctica to the South America. It is different species in comparison to the Giant Squid because of its anatomy or its habitat. (1.10)