How Do Crabs Breathe Inside & Outside Water?

Crabs are crustaceans (or arthropods) who live in oceans, fresh water, and on land around the world. Typically, the crabs are cov... 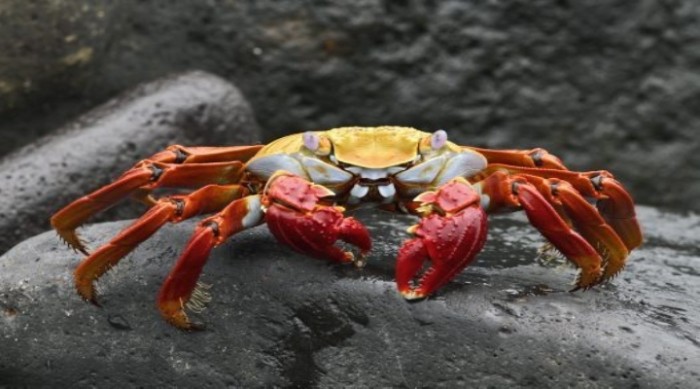 Crabs are crustaceans (or arthropods) who live in oceans, freshwater, and on land around the world. Typically, the crabs are covered with a dense exoskeleton, stalked eyes, broad carapace, and five pairs of legs. One pair of legs (the first one) acts as pincers or claws.

They are abundantly found on tropical seashores where some have adapted to terrestrial life. Though they can live on both land and water, they are not amphibians. Like fish, crabs use their gills to breathe. However, they can survive for a much longer time out of the water than fishes.

Now let’s look at how crabs breathe in and out of the water.

Crabs use their gills for breathing on land and water. Their gills are located below the carapace near its claws (first pair of legs). They take in oxygen into the gills either through water or the moisture in the air.

How Do They Breathe Inside Water? 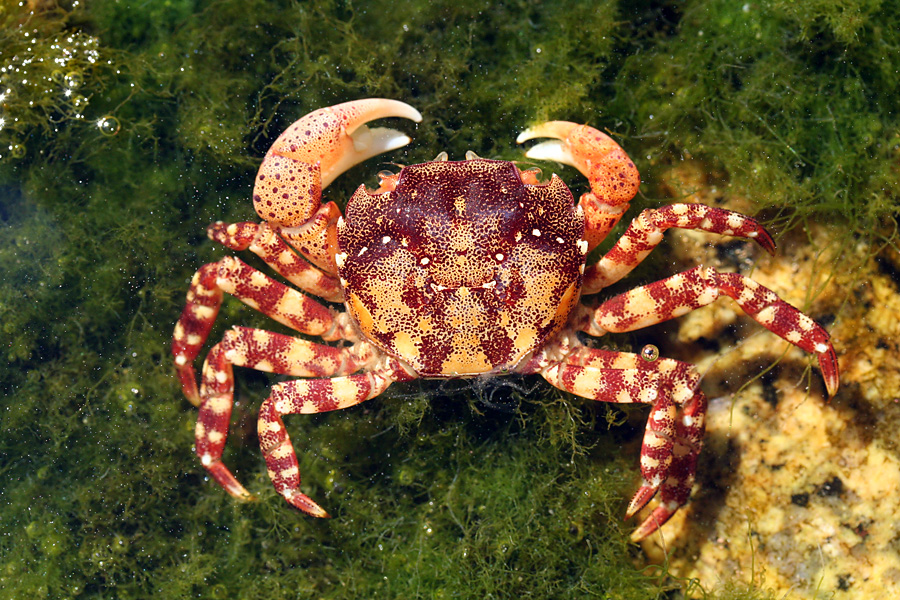 To carry out breathing under the water, the crabs draw oxygen-rich water over their gills through a thin appendage called scaphognathite. Scaphognathite is located on the crab's lower side near its claws. The water is passed over the gills, which release oxygen. The blood is also passed over the gills and carbon dioxide is transported into the water, which gets released near the crab's mouth.

How Do They Breathe Out of Water? 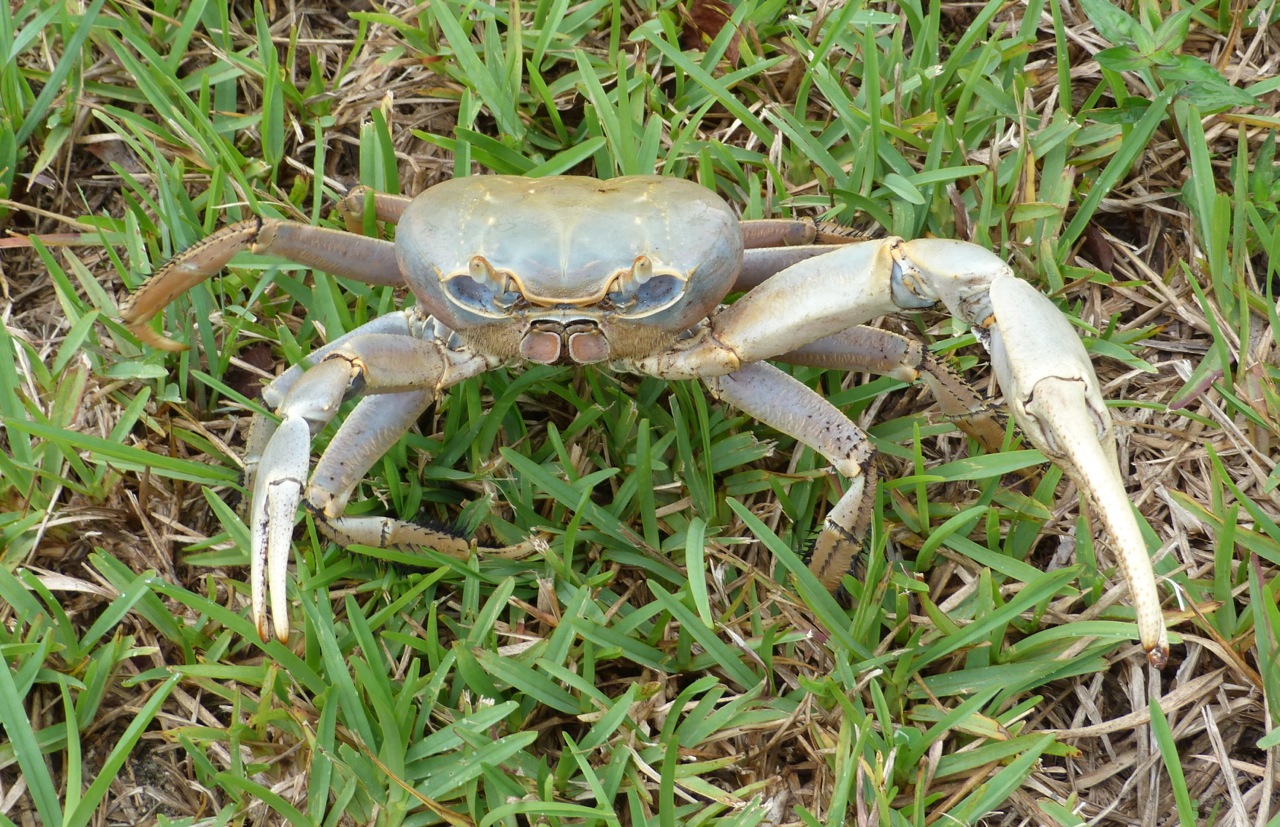 The articulating or movable plates in crabs help them in breathing outside water. These plates allow the sealing of moisture inside their gills. To maintain the oxygen flow inside their gills, the air flowing above the crab’s moist gills causes them to form bubbles which get released near its mouth.

How Long Can a Terrestrial Crab Survive Outside Water? 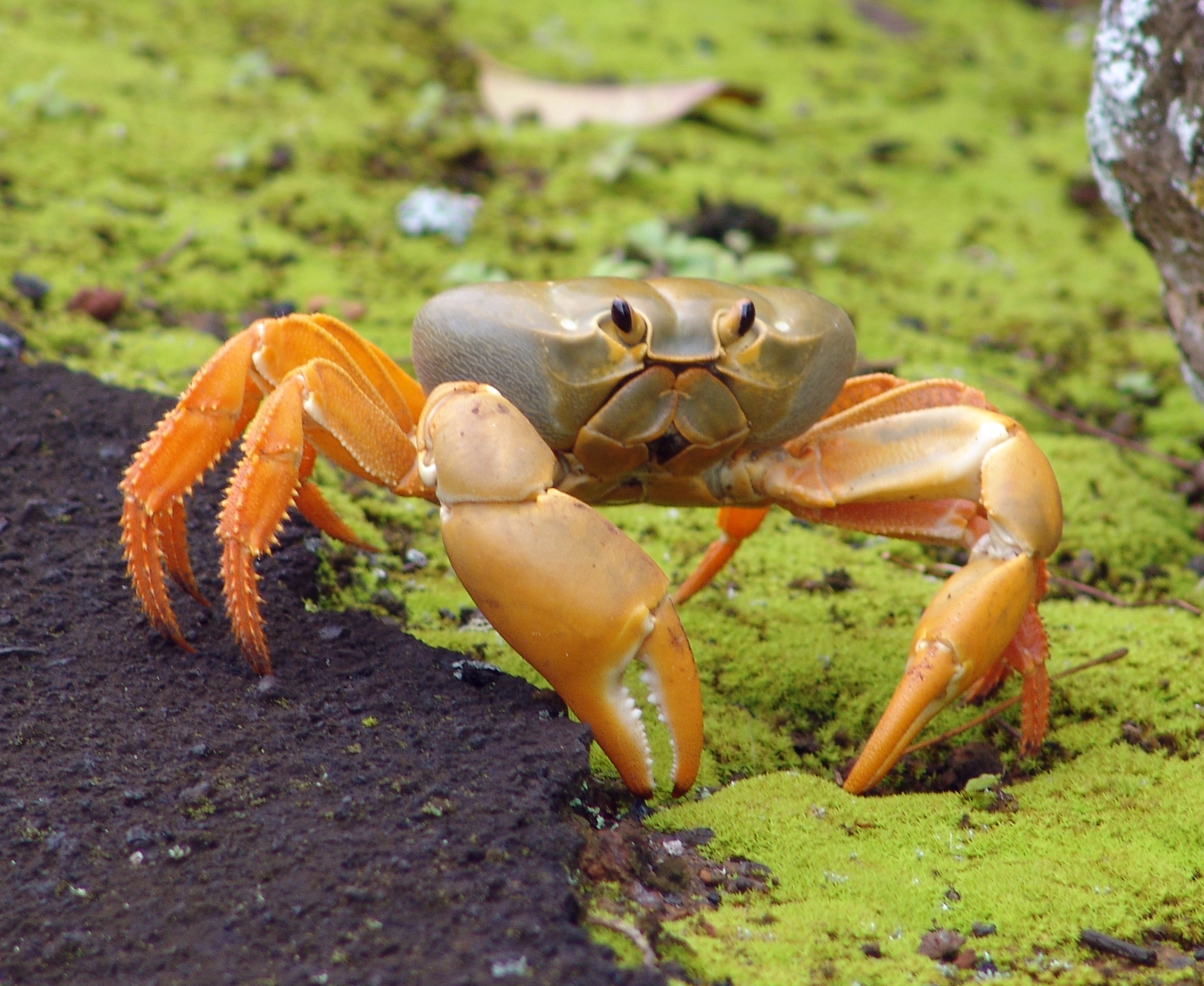 Well, that depends on the type of land crab. The terrestrial crabs like coconut crabs and land hermit labs can breathe without water but it’s necessary to keep the gills moist. So they can survive outside water as long as their gills remain moist. And they die out when immersed in water.

How Long Can an Aquatic Crab Stay Outside Water? 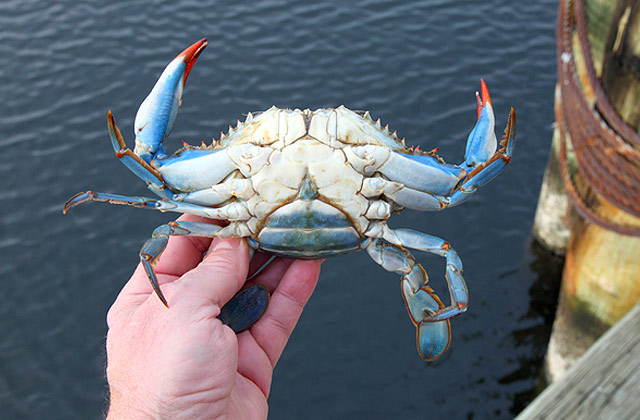 The blue crabs, who are mainly aquatic crabs, adapt themselves to receive oxygen from the surrounding water. They still have the ability to survive outside of water for 1-2 days. 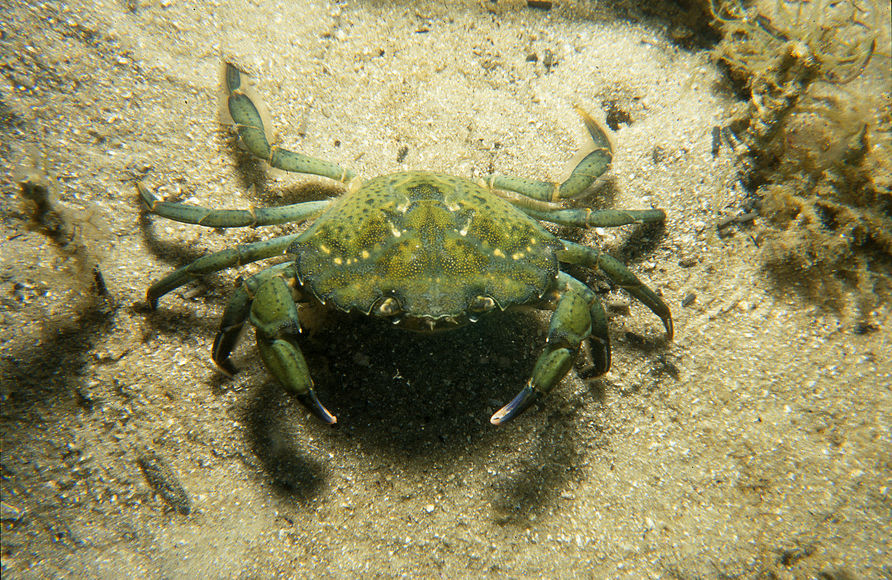 The European green crab (or green crab) is a species known for its exceptional survival skills out of the water and can survive for at least a week.

Struggle for Survival in Certain Habitats 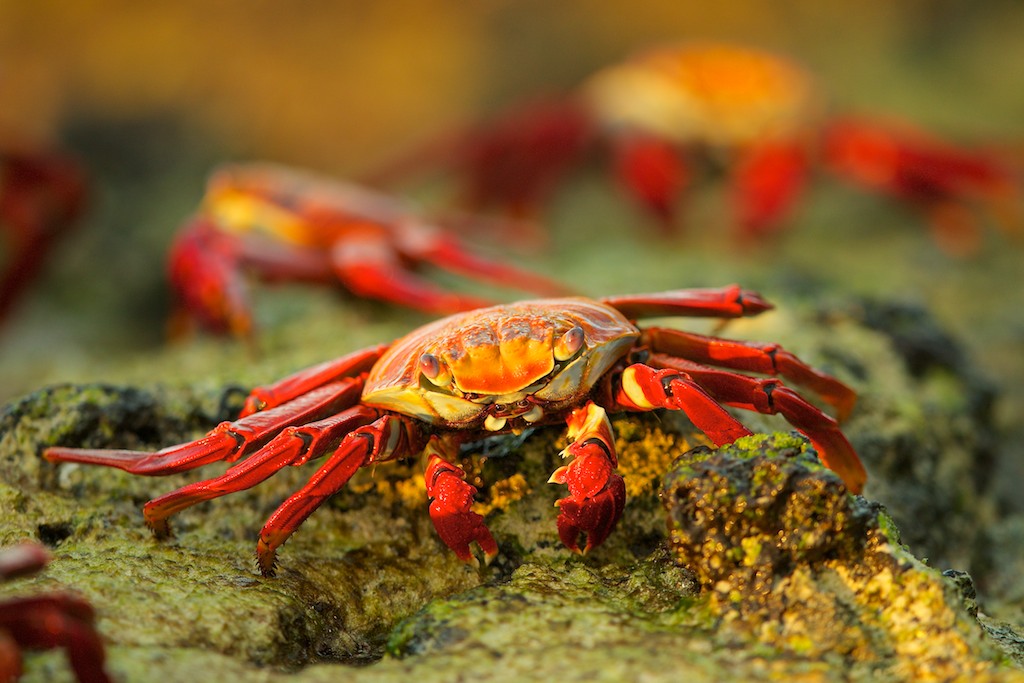 Several crabs live in intertidal areas too. In these zones, they have to stay outside water for a long period of time. In such a case, the only way to stay alive is to keep the gills moist.

When they’re out of the water, they inhabit a cool, moist, dark place where their gills would not dry out. Their special articulating plates help in keeping their gills moist by closing the opening in the exoskeleton to avoid entry of dry air. Besides that, these crabs sometimes drink water from puddles and dew.

Hyena’s Lethal Bite Force And Where Does It Come From