An individual donning a black cloak and practicing black magic tricks or bizarre rituals around an inverted pentagram could be a Satanist performing devil worship. Know about the core philosophies, values, and historical mentions of Satanism here. 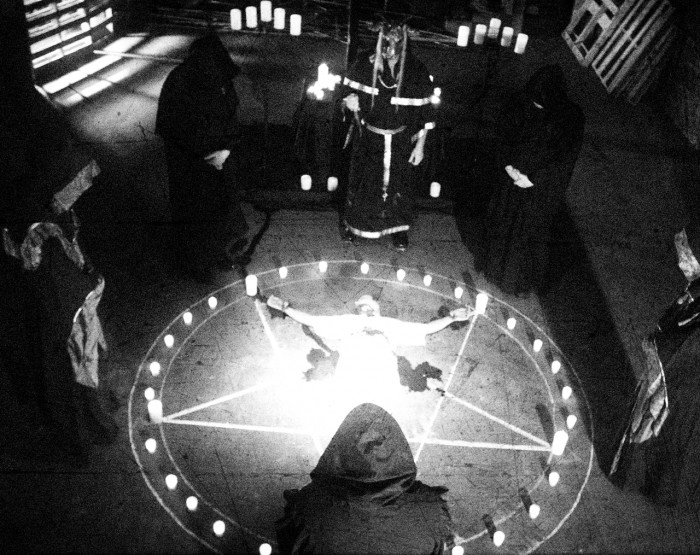 When you imagine a Satanist, you would think of someone dressed in a black cloak performing some bizarre religious rituals. An inverted pentagram etched with chalk and the blood of dead animals are the symbolic elements of these customs. These religious beliefs regarding Satan or ‘the accuser’ (an actually existing supernatural entity, deity, or force whom individuals can contact, convene or worship) come under a form of Satanism called Theistic Satanism or Spiritual Satanism, also called Devil Worship.

Individual belief systems are practiced by loosely affiliated or independent groups and cabals. This form of Satanism may also involve a belief in ceremonial magic that is manipulated through ritual or may focus entirely on devotion.

The history of theistic Satanism is shadowed by several groups that are accused of being devil-worshippers. They claimed that they weren’t devil-worshippers, for instance, the witch trials in Early Modern Europe. The majority of actual theistic Satanist religions have an existence in relatively new models and ideologies, many of these claiming to be independent of the Abrahamic religions. 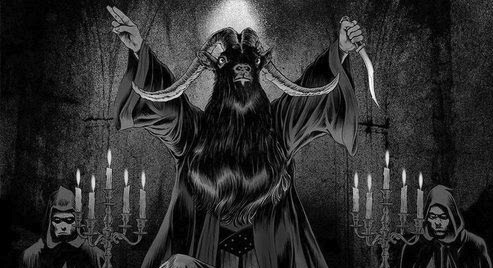 Some theistic Satanists consider attaining knowledge as important for Satans. That’s because Satan is equated with the serpent in Genesis that encouraged mankind to consume the fruit of the Tree of Knowledge of Good and Evil. Satans are also perceived as Eliphas Levi’s conception of Baphomet- a hermaphroditic bestower of knowledge (gnosis). Luciferians also seek the attainment of greater knowledge.

Self-development is crucial for theistic Satanists. This is because of the idea Satanists have for Satans: encouraging individuality and freedom of thought and the quest of raising one's self up through magic and motivation in spite of resistance. It is believed by Satanists that a more equal relationship with followers is sought by Satan than that by Abrahamic God.

In the Old Testament, Satan tests people. Theistic Satanists believe that even Satan tests them in life in order to develop them as individuals. Taking the responsibility for oneself is valued. They also need to do what they could in everyday life for achieving the goals.

Theistic Satanism often requires a religious commitment rather than being just an occult practice based on transient gratification of the rituals and magic involved. The practitioners may prefer performing a self-dedication ritual, at the beginning of their time or after they have been practicing for some time.

The Core Philosophies of Satanism 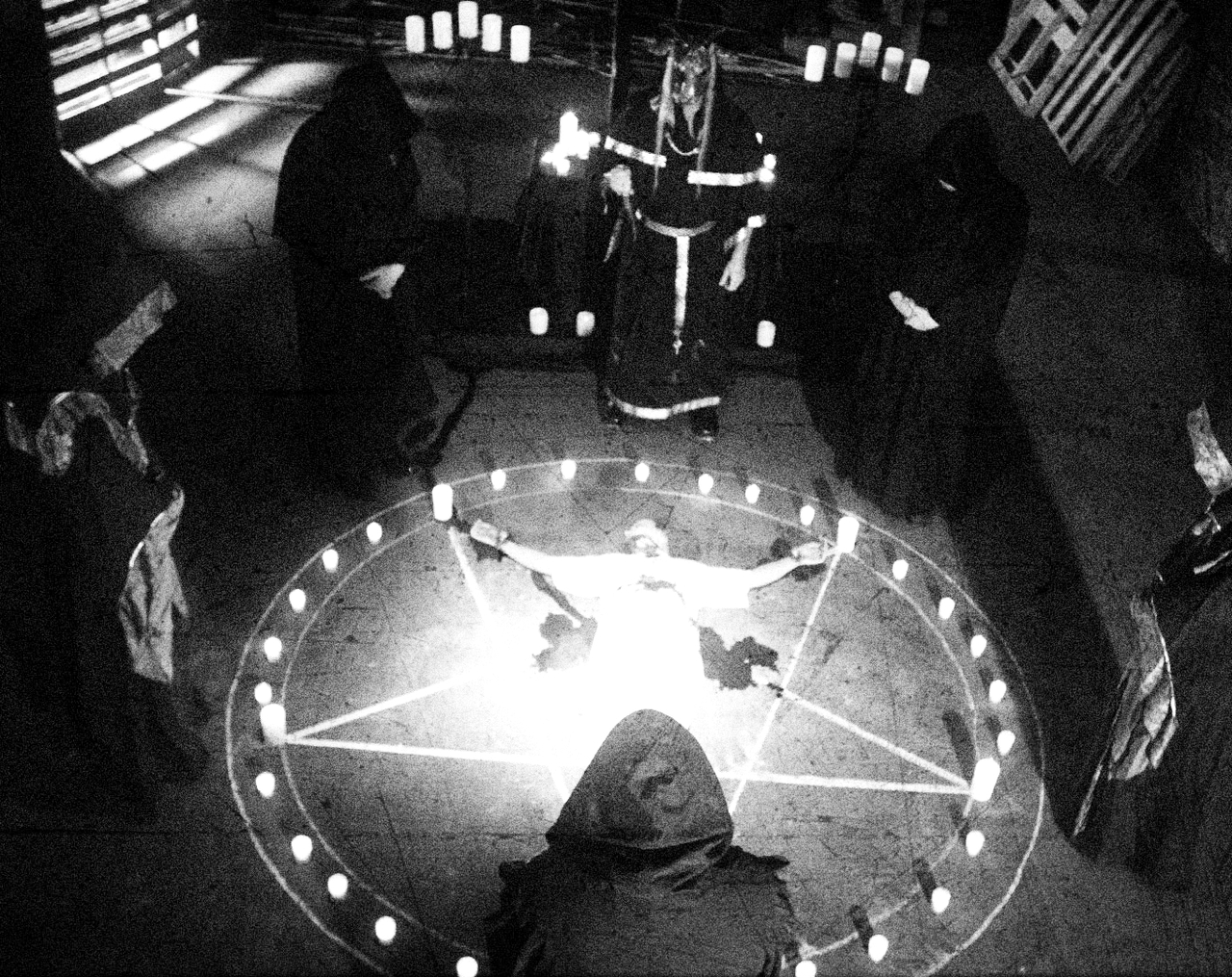 Social Darwinism, scientific skepticism, evolutionary biology, aesthetics, evolutionary biology, dark romantic realism, Epicurean indulgence, and many more in balance with Lycurgan Spartan vitality (a Faustian will of exploring cutting-edge technology tempered by a respect for the past and a passion for wildlife and nature) are the philosophical concepts lying at the heart of Satanism. 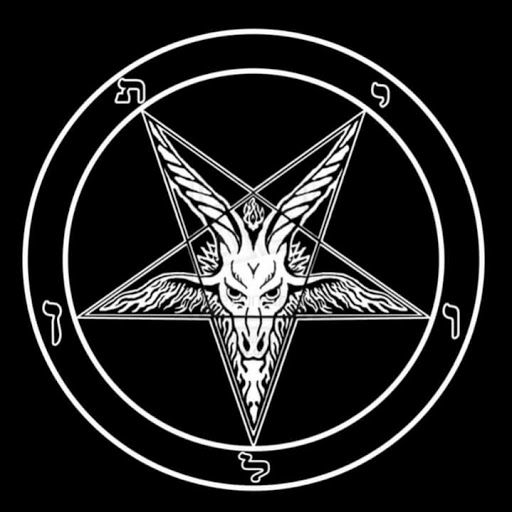 The devil worship was a frequent accusation against people who were accused of the witch trials in Early Modern Europe and other witch hunts like the Salem witch trials. The worshipping of Satan was also believed to have happened at the Witches’ Sabbath. The groups or individuals regarded with skepticism such as Knights Templar or minority religions were also accused of devil worship.

In the writings of the Knights Templar, the word 'baphomet' that was a French corruption of the name 'Mohammed' (the prophet of the people against whom the templars fought) was mentioned. 'Baphomet' was wrongly depicted as a demon by people who accused the templars.

The confessions are known to be unreliable since they were mostly obtained under torture. However, the scholar Jeffrey Burton Russell presented wide-ranging explanations in his book ‘Witchcraft in the Middle Ages’. Russell said that all witch trial records can’t be dismissed and there’s evidence that links witchcraft to gnostic heresies. Russell concludes this after studying the source documents. The individuals who had any involvement in the Affair of the Poisons were accused of Satanism and witchcraft. 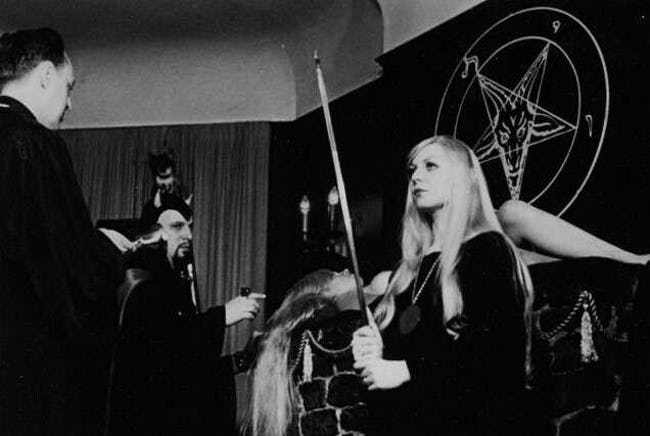 Historically speaking, Satanist was a derogatory term for people having opinions different from predominant religious or moral beliefs. According to Paul Tuite’s belief, the idea of acts of “reverse Christianity” was created by the Inquisition. However, George Bataille believes that inversions of Christian rituals like the Mass might have had their existence before.

In the 18th century, different kinds of popular “Satanic” literature were being produced in France including the notable Grimorium Verum and Grand Grimoire. In the 19th century, Eliphas Levi published his French books on the occult. In 1855, Levi produced his famous drawing of the Baphomet which is used by some Satanists until today. That Baphomet drawing forms the basis of the sigil of Baphomet that was adopted by the non-theistic Satanist group called the Church of Satan for the first time.

In 1891, Joris-Karl Huysmans published his Satanic novel ‘Là-bas’. It had a detailed description of a Black Mass that he might have known first-hand and was being performed in Paris at the time. The account may also have been based on the masses carried out by Étienne Guibour.

Even though the non-theistic LaVey Satanism had been popular since the publication of ‘The Satanic Bible’ in 1969, the theistic Satanism didn’t begin gaining popularity until the emergence of the Order of Nine Angles in western England and its publication of The Black Book of Satan in 1984.

Are Werewolves for Real or Are They Just Mythological Beasts?