Eyes are the most striking feature of a human personality. So, take a moment and look into a person’s eye and you would know how deep his/her emotions are. 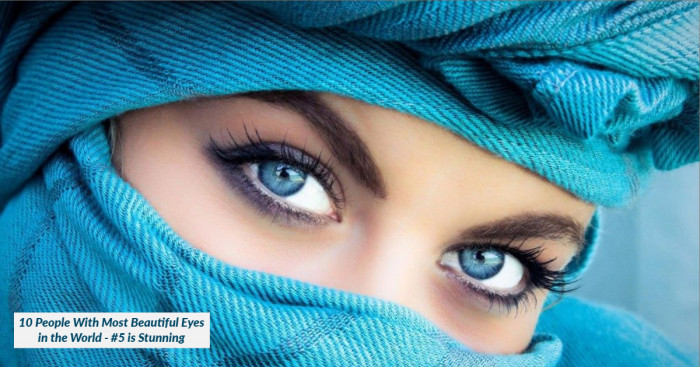 When you meet someone for the first time, what do you notice? I notice their eyes because it speaks a lot about a person. No matter how hard you try to hide the emotions, the eyes never fail to show the truth behind the picture. Be it sadness, fear, joy, or love; eyes tell what you are feeling.

When the eye roll of a Chinese reporter can cause havoc on the internet, imagine what the girls with beautiful eyes could do to attract anyone.

Brown is the most common eye color, then comes blue, but the eye colors such as black and green which occurs due to the different proportions of color pigment in iris are very rare. So, check out the list of people with the most beautiful eyes in the world.

Are you ready to delve into the world of beautiful eyes? Yes? Then, here we go! 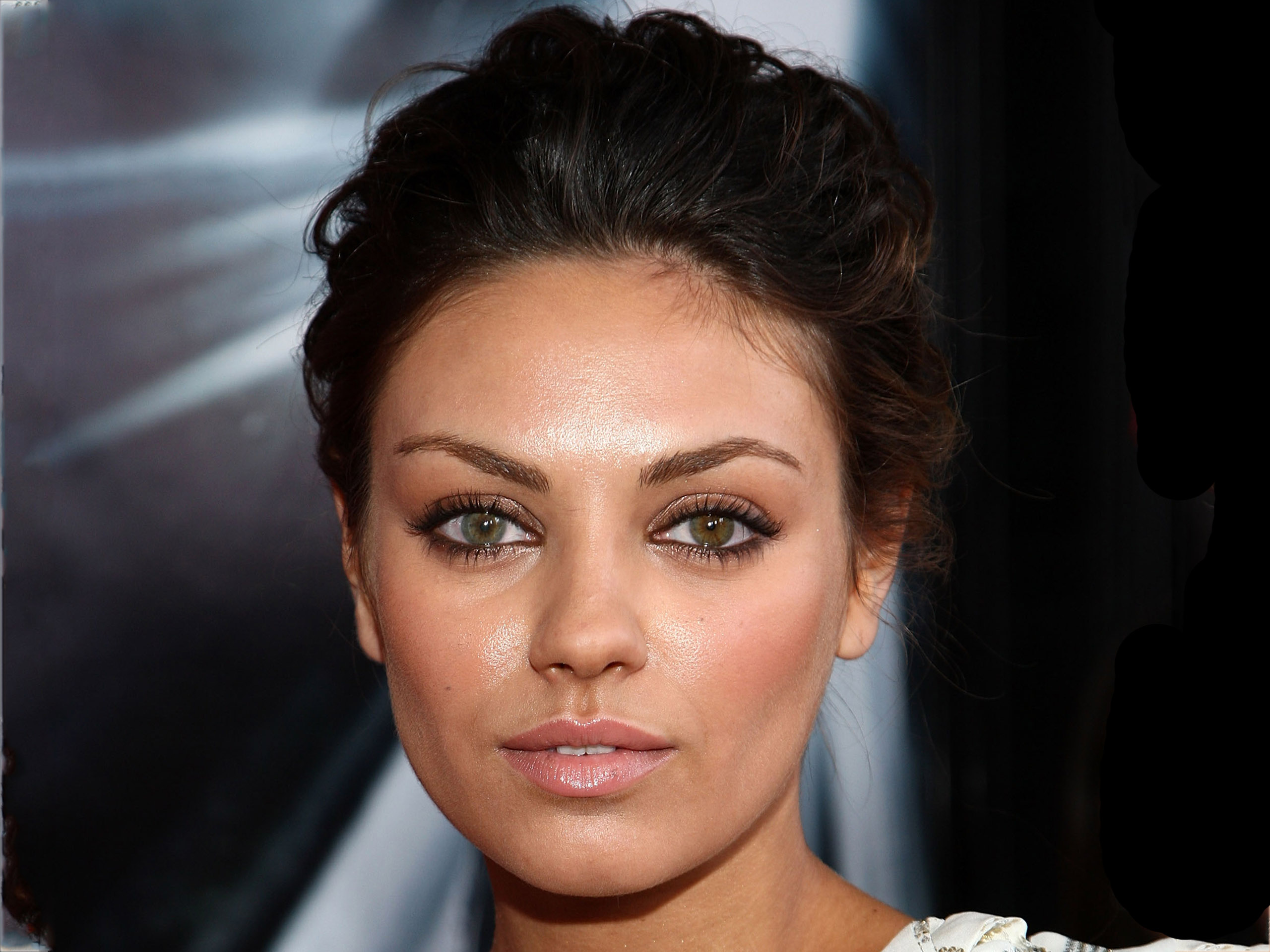 Don’t tell me you are a big fan of Mila Kunis if you don’t know that the actress has one brown and one green eye. Yes, you read it right; she has different eye tones that make her look even more beautiful. The actress is said to have an eye complaint in her childhood which left her blind in one eye without anyone realizing. She suffers from heterochromia, which gives two different eye colors. After surgery to repair cataract, she gained her eyesight back. The world, however, can’t stop getting mesmerized over her unique and different colored eyes. 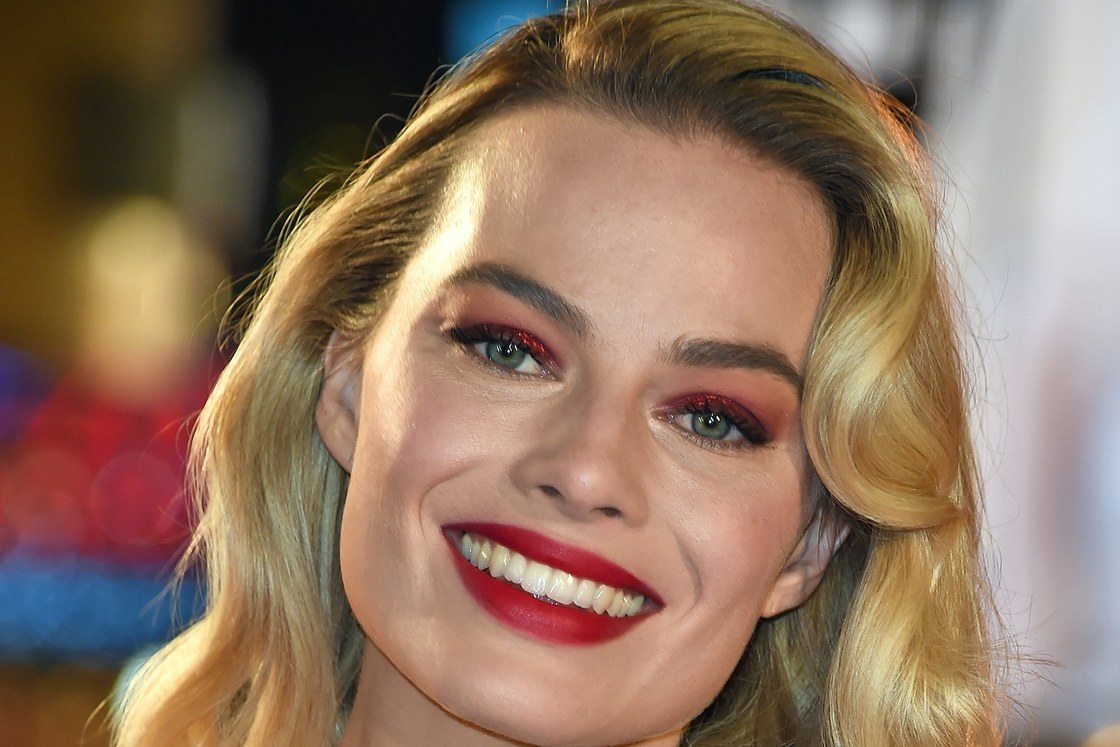 Margot Robbie is another person with the most beautiful eyes in the world. Apart from, well-toned body, her blue eyes are enough to attract millions from across the world. She is one of the biggest beauty inspirations of youngsters. The Australian beauty is remembered for her role in ‘The Wolf of Wall Street.’ There’s a lot more to talk about her personality but look at her beautiful eyes, and you would know why she has the most seducing eyes in the world. 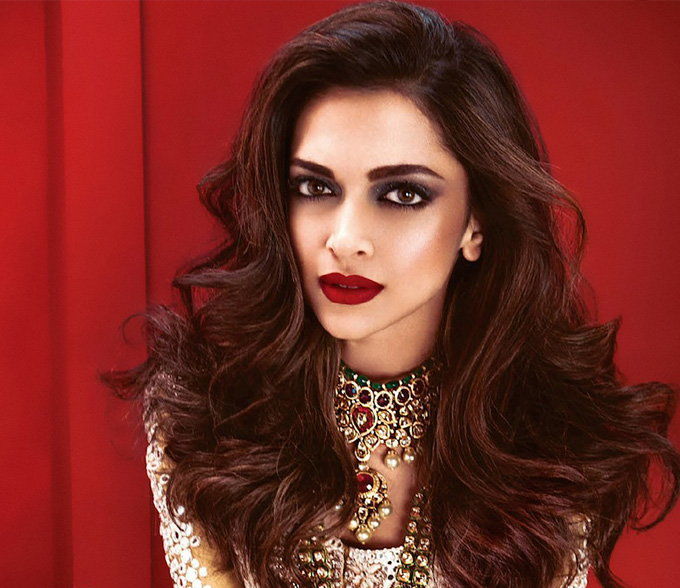 Is there anything that is not perfect in Deepika Padukone? Right from her adorable dimples to broad smile, and jet black eyes to gorgeous hair, the desi beauty looks like an artist has drawn it. The actress’s eyes are her most attractive feature, and she loves to style them in a different combination of eye shadows and liner. She is not just a brilliant actress but also a fashion diva.

According to a study, it is believed that people with dark eyes are hard workers and give their best shots at whatever they are doing. They are optimists, passionate and trustworthy. Now you know how and why each shot of Deepika Padukone in the movie is outstanding. 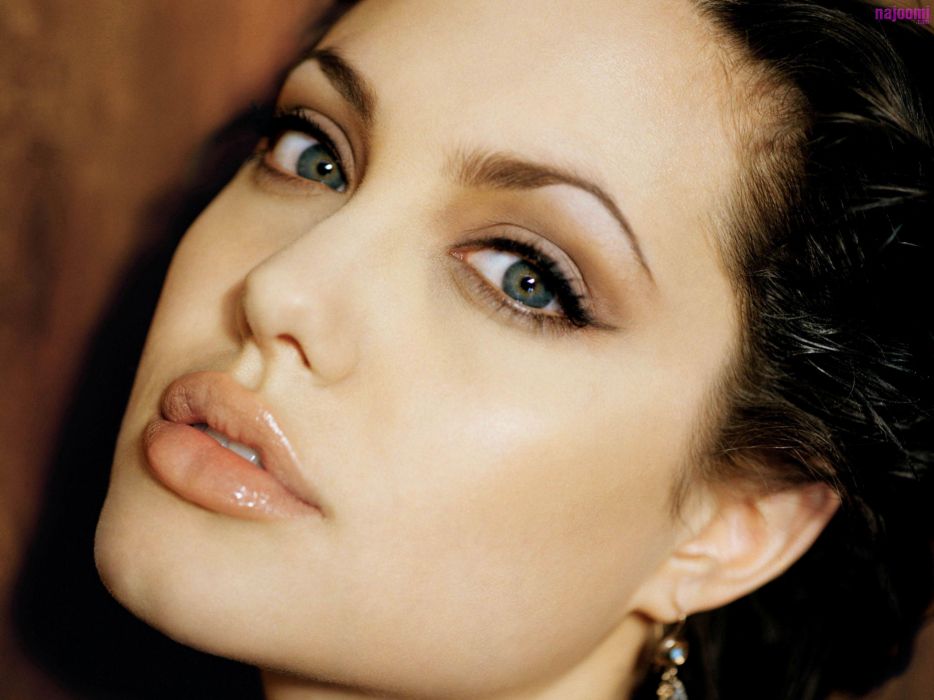 The beautiful and talented actress Angelina Jolie is known for her plump lips. But do you know Angelina’ light blue eyes have been referred to as the sexiest eyes in several polls? Apart from her beauty and talent, her blue eyes are the main reason the diva has mammoth of followers on social media. Nothing much, look at her prettier eyes, and it’s guaranteed you will be lost in her eyes.

It is believed that people with blue eyes are smart, peaceful and energetic. They are a keen observer and want a long lasting commitment and no fake relationships. Remember they find long lasting relationships interesting and could go the extra mile to make you happy. So do you want any blue-eyed person in your life? 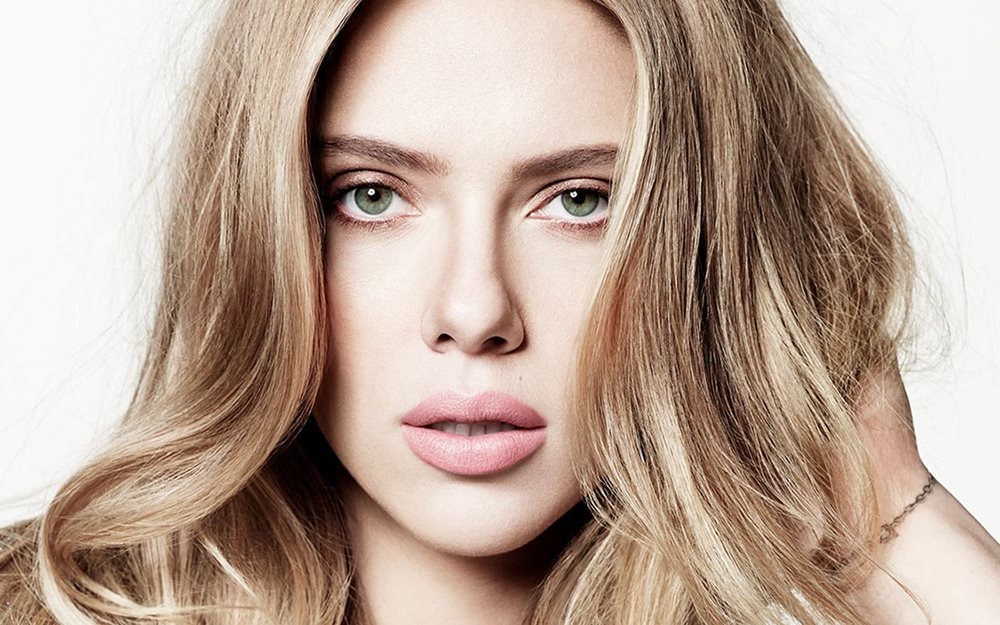 Have you ever seen a person with green eyes? No? Have you noticed Scarlett Johansson’s eyes? Yes, the actress has green eyes. Starting her career as a model, various award-winning performances and dazzling green eyes made her one of the most followed celebrities in Hollywood. Scarlett Johansson has distinctive eyes that are adored and lusted over by millions across the globe. Just like tongue speaks a lot about our personality, people with green eyes tend to be excellent speakers and good listeners.

You might be wondering from where do her green eyes come. Green eyes are determined by the pigmentation of iris and the way how light spreads around the iris. Do you know anyone with green eyes? 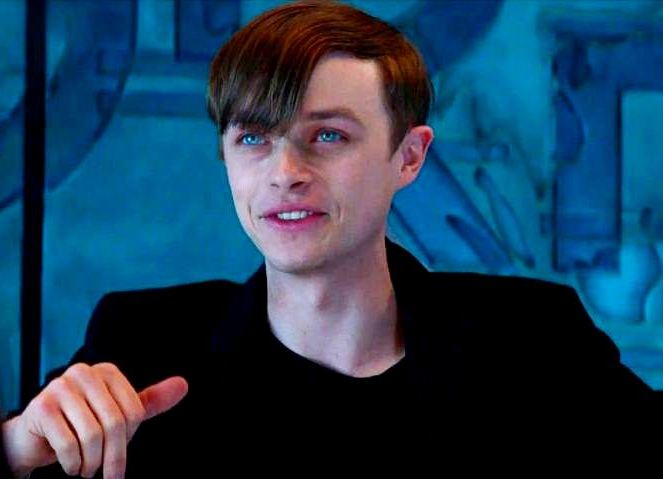 People with bright blue eyes are the ones who attract you the moment you set your eyes on them. Not only Dane DeHaan’s talent but also his beautiful eyes have gained him, huge female followers. People with blue eyes are more likely to be alcoholics and less agreeable.

But do you know according to a study, people with blue eyes are related to each other? This may sound weird, but it is recorded that all blue-eyed people have a common ancestor. So next time, if you see any blue-eyed person, give him/her a high five because you may be siblings.

Not only celebrities have beautiful eyes, but an African Black model who proudly flaunts her dark color has also mesmerized millions with her blue eyes. 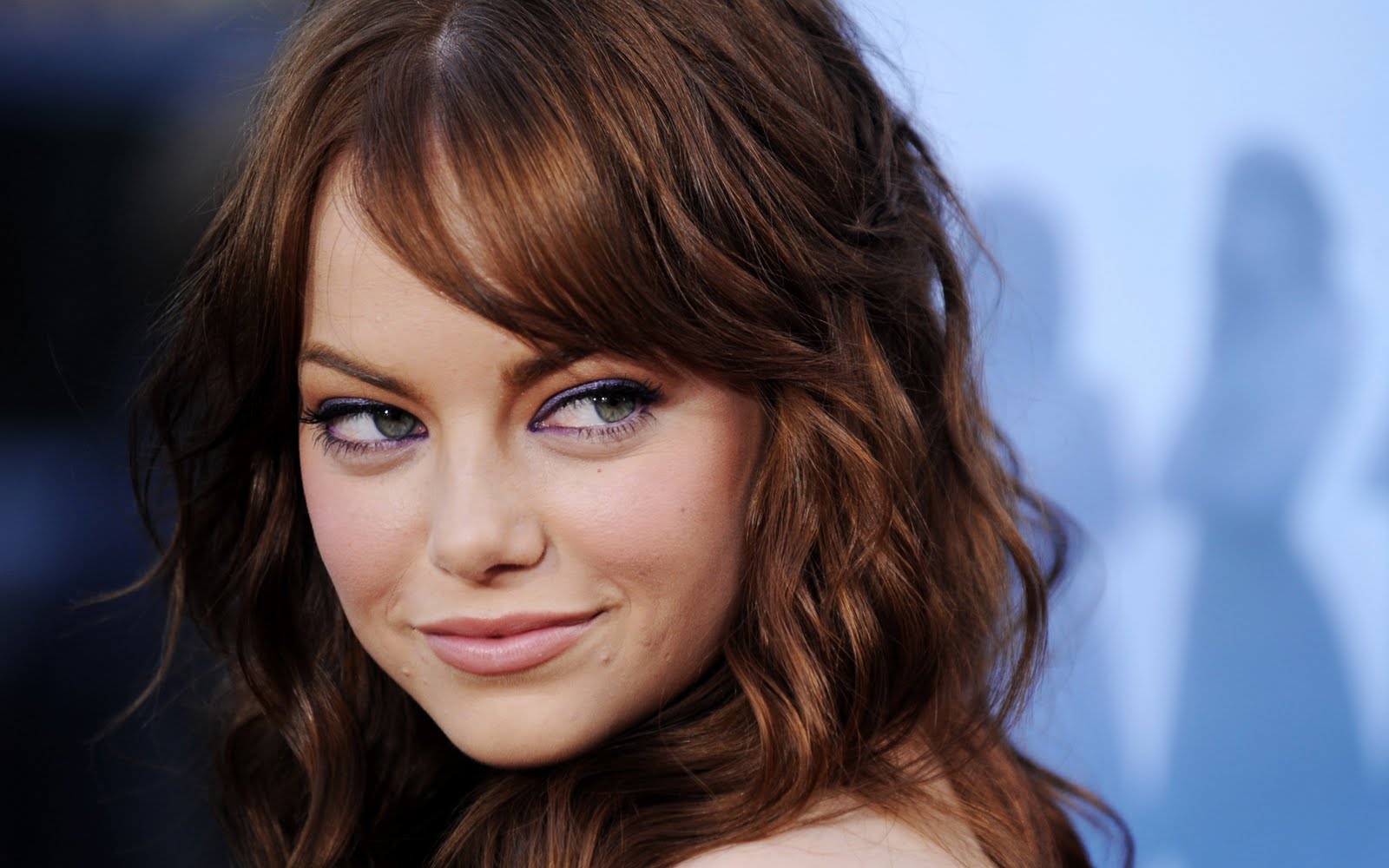 When you see someone with hazel eyes, you notice that their eyes are in emerald green or crystal blue color. The beautiful actress Emma Stone’s facial expressions are stunning, but her hazel blue eyes are most enviable.

The brown eyes are common but, hazel blue eyes seem to be more attractive and sexy. People with hazel eyes love taking risks and are sensitive to everything. They become impulsive and angry easily.

This is true in the case of celebrities like Jennifer Lopez and David Beckham who also have hazel eyes. They have experienced difficulties before achieving success and have taken several risks in their career. 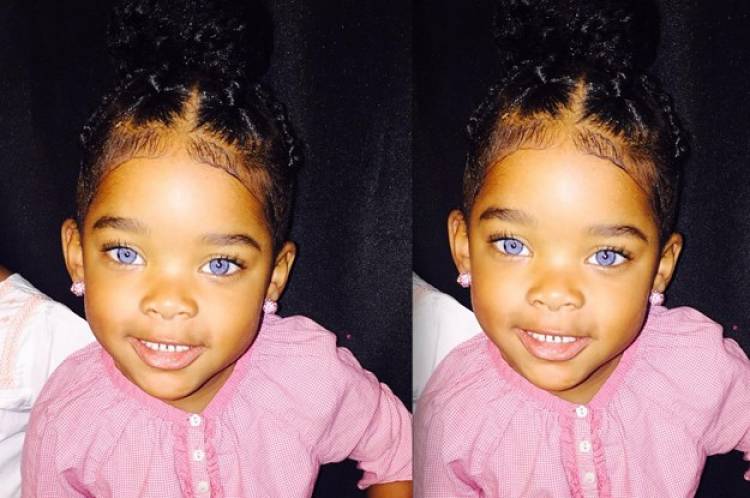 OMG! Just look at their eyes. The moment they opened their eyes, everyone around them saw something special. Their blue eyes contrasting beautifully with brown skin attracted millions of people across the world. It is very rare to see children with African American genes to have beautiful light blue eyes.

The two beautiful twins are called True Blue Twins and have participated in several fashion shows. The two are models now and have been endorsing many brands; this means that the cute twins are already earning high and their money goes to their college fund. Look at their pictures, and you will know how cute they are. The twins are Instagram sensations and are inspiring everyone to be confident in their skin. 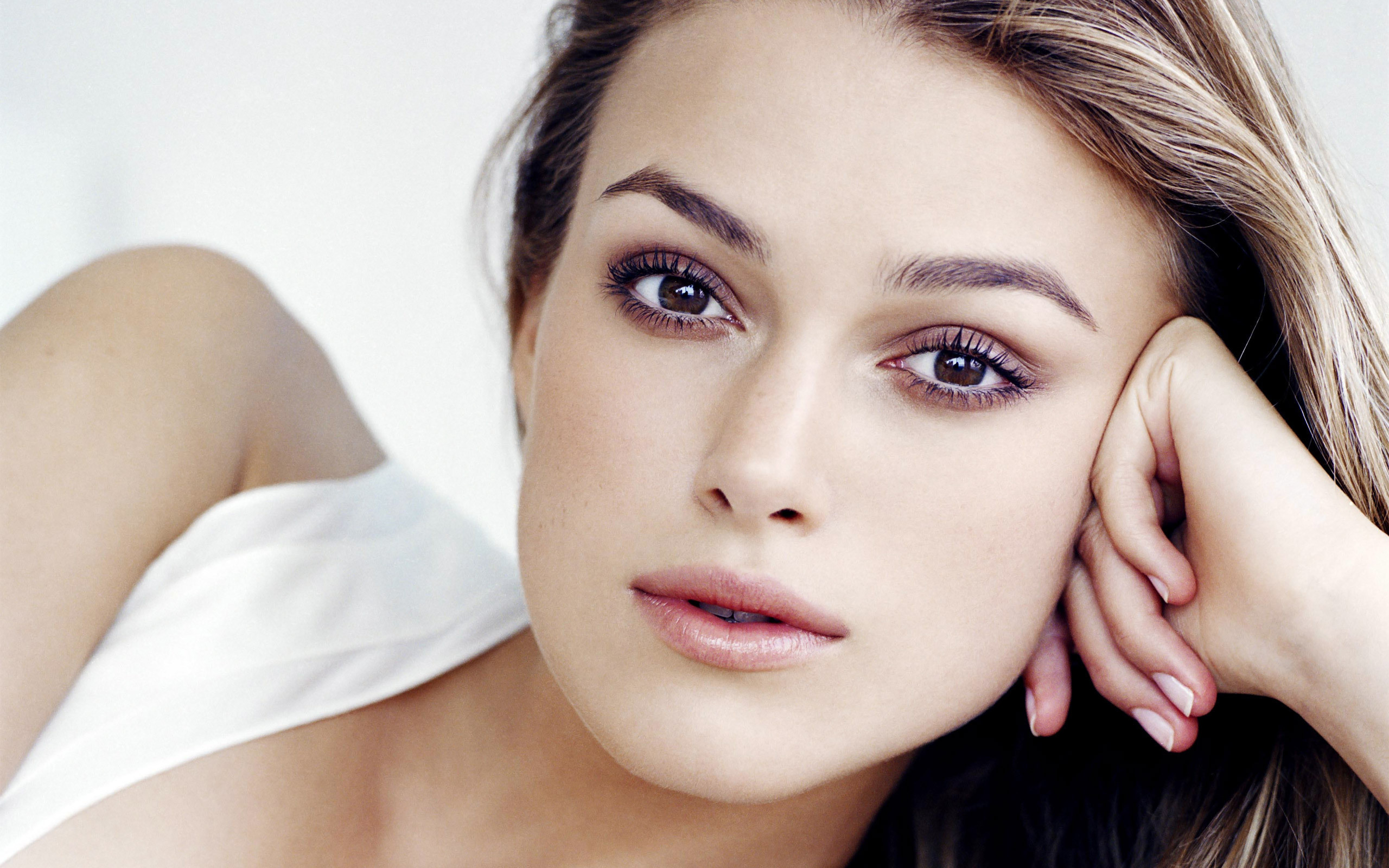 No doubt, Keira Knightley is the master of pouty lips and smokey eyes. The British beauty is known for her acting and knows well how to flaunt on the red carpet. Every time she attends events, Keira sets a new trend in the market. Besides talent, Keria’s dark brown eyes are enough to hypnotize anyone.

It is believed that people with dark brown eyes are a born leader, independent and caring. They drink less in comparison to those with lighter eyes. They are trustworthy and can do anything to help their loved ones. Certainly, the actress is ruling the world; she is happy and loves trying new things in life. What do you think? 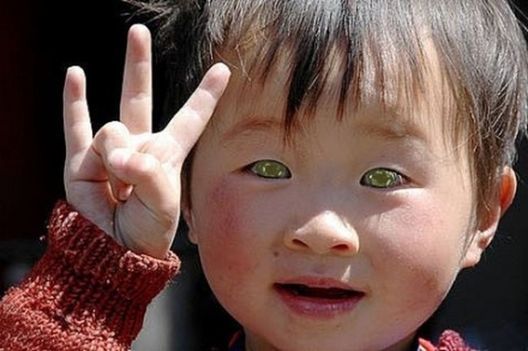 Green eyes are rare. I have seen a cat with green eyes but not a person. But this cute boy Ping from Japan has amazing green eyes. Unlike most people, his eyes lack visible pupils, but no eye defect has been detected by the doctors so far. Ping’s pupil matches the rest of his eye giving him an incredible pair of eyes in the world. For once, you would think that Ping is wearing green contact lenses.

Just like Ping, Nong Youhui, a Chinese boy, has beautiful green eyes that make him different from the world. He could even see in the dark and doesn’t need flash to check for the bugs. People with green eyes are curious, intelligent and passionate about many things. Look into their eyes and, you will be lost in them within seconds.

While there are some eyes in the world which are drop dead mesmerizing, some people have the creepiest eyes that could give you a nightmare.

There is no guarantee that you will turn your head after seeing a woman with a beautiful smile, but people with beautiful eyes have the power to make you feel lost in them.

Eyes can attract someone instantly. No matter what gorgeous form they take and what color they have, one thing is sure that love blossoms through gazing in each other’s eyes because they can go express love.

Eyesight is a gift of nature, and you should be grateful about it because you can see what’s happening around you. Blind people, on the other hand, know how it feels when it comes to watching a movie or enjoying nature’s beauty.

But do you know blind people have a better sense of hearing in comparison to those with normal vision? You won’t believe they are not completely blind but can experience many things. Here are some interesting things blind people can see.

Do you know anyone with beautiful eyes? If you are the one with hazel blue eyes, consider yourself lucky! Because you are RARE.